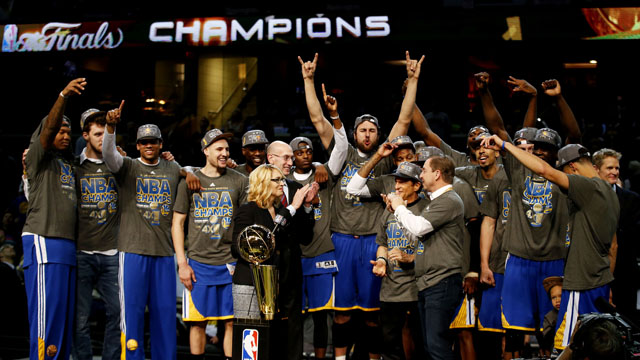 Until the Golden State Warriors ran off a magical 67 wins in the 2014-15 regular season and rolled through the playoffs to their first world championship in 40 years only five teams had claimed an NBA title in this century. Of that quintet of roundball royalty only one – the San Antonio Spurs – harbors any chance at raising another banner this season as more and more unfamiliar pretenders to the throne hover around the fringes of contention. Will another Golden State emerge this year?

Leading the list are the Cleveland Cavaliers, paced by the best player on the planet, LeBron James. James single-handedly dragged an injury-riddled Cleveland team all the way to the sixth game of the NBA Finals last season and long-suffering Cavs fans are hoping All-Stars Kevin Love and Kyrie Irving remain healthy all year and discover a consistent way to mesh on the court with the transcendent James. Last year’s version of the Cavaliers did not reach .500 until almost mid-season before coach David Blatt’s team clicked. This year his main job appears to be tamping down expectations. Bovada certainly believes the Cavaliers are ready to make the final step to league champions for the first time ever and have installed James and company as solid +275 favorites to capture the 2016 NBA Championship. 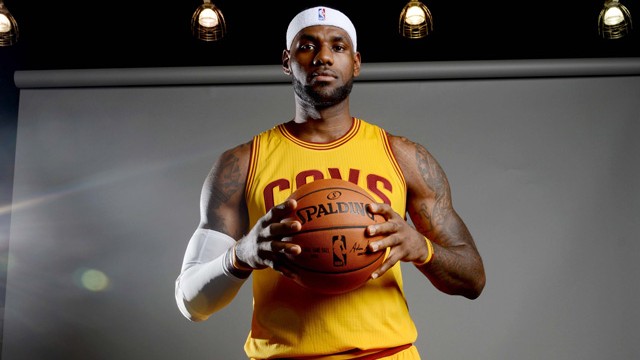 Injuries also hampered the Spurs in 2014-15 and they were unable to make a playoff push from the Number 6 seed in the Western Conference. This year San Antonio has added dynamic LaMarcus Aldridge to the familiar cast of veterans Tim Duncan, Tony Parker, Manu Ginobili and reigning Defensive Player of the Year Kawhi Leonard. The Spurs rarely dip into the big-time free agent market to land stars like Aldridge and they are broadcasting to bettors that Gregg Popovich is going all in for a championship with this aging bunch. Oddsmakers agree and have listed San Antonio at a strong +350. 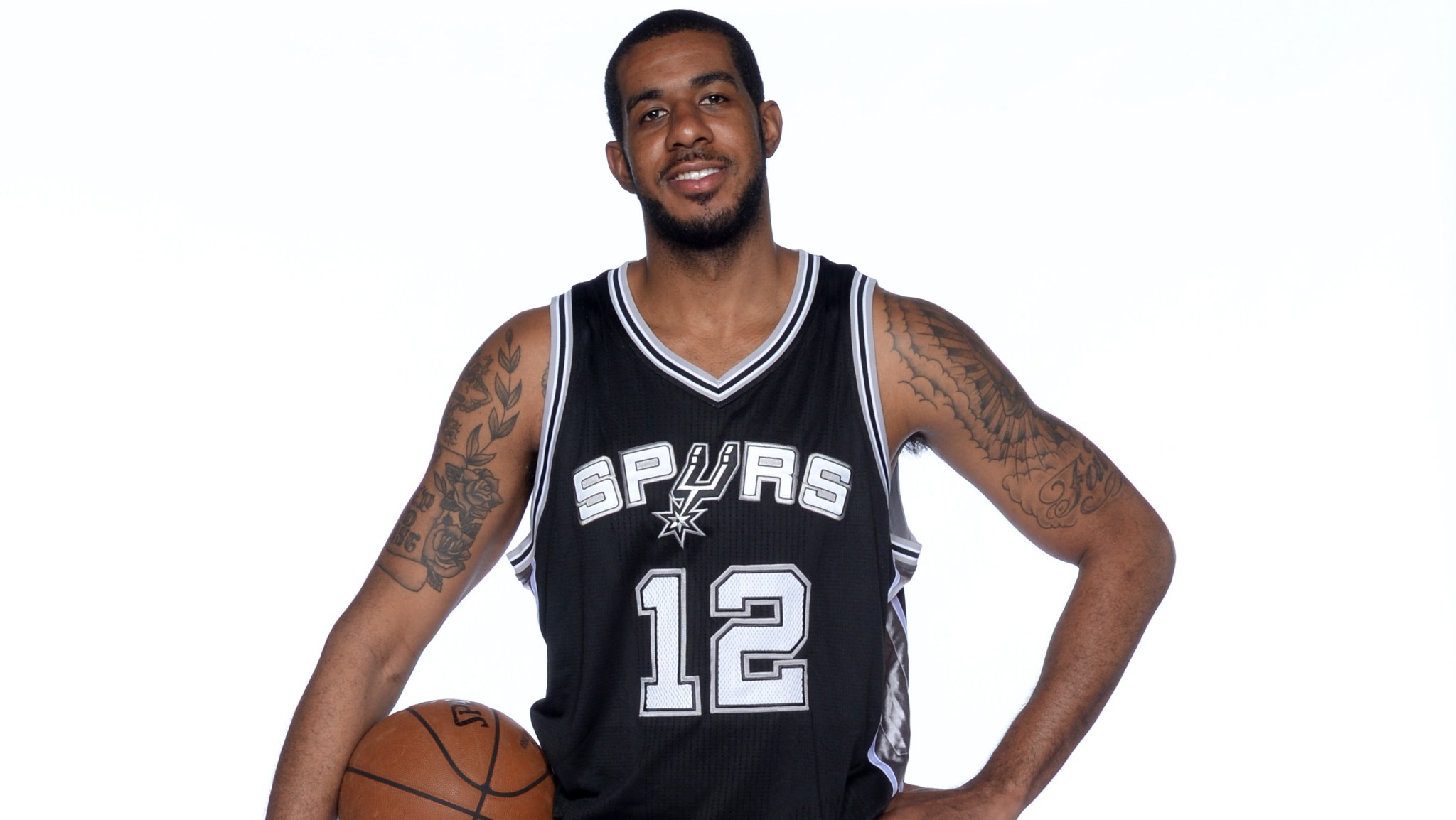 Golden State, at +500, is not expected to relinquish its title easily. Buoyed by the league’s best backcourt of MVP Stephen Curry and Klay Thompson, the defending champions return their entire core from last season. No significant upgrades were made and second-year coach Steve Kerr is betting that exquisite team chemistry will get the job done against upgrading rivals in the Western Conference. Punters will have to make up their own minds as to whether a basketball dynasty is brewing in the Bay Area. 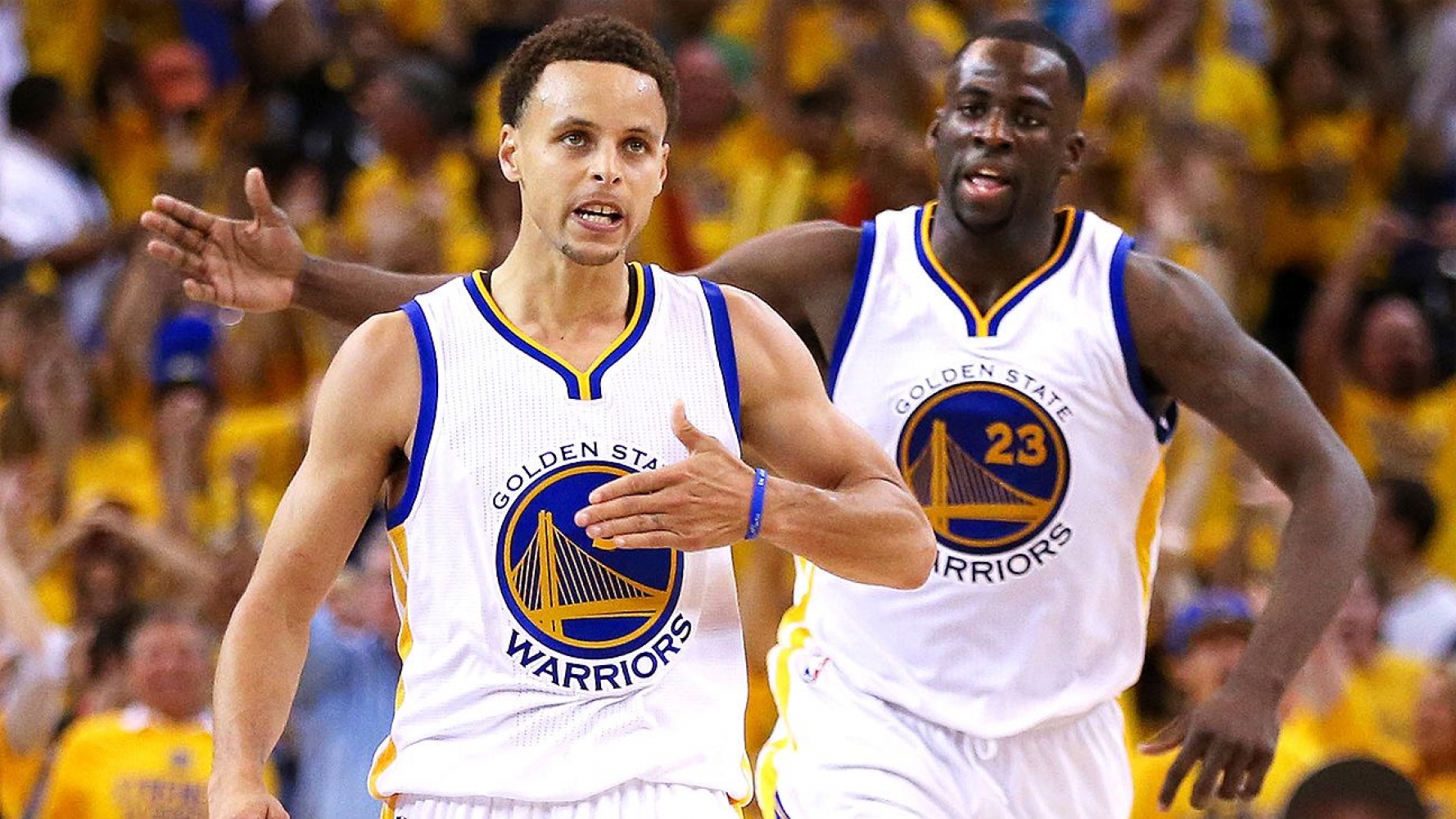 The Golden State championship marked the triumph of the team concept over the “Big Three” star system that had dominated the NBA in recent seasons. The Warriors’ counterpart winning with team ball in the Eastern Conference in 2014-15 was the Atlanta Hawks who piled up 60 wins before outside shots stopped falling and a lack of rebounding was exposed in the playoffs. Virtually the same squad is set to try the formula again but oddsmakers are doubting its effectiveness – the Hawks are only fourth favorites in the conference at +1800 and +5000 long shots to win the finals.

The star system is very much alive and well in the NBA. The second-tier of NBA championship favorites is populated by two-star teams who have been threatening to make the leap just like the Warriors did last year for several seasons. These include the Oklahoma City Thunder (+850) with Kevin Durant, returning from a season-long injury and Russell Westbrook; the Los Angeles Clippers (+900) with Chris Paul and Blake Griffin; and the Houston Rockets (+1600) with Dwight Howard and James Harden. The Rockets made the biggest splash in the off-season by adding high-voltage guard Ty Lawson. Any one of these teams can replicate the Warriors with a storybook run. 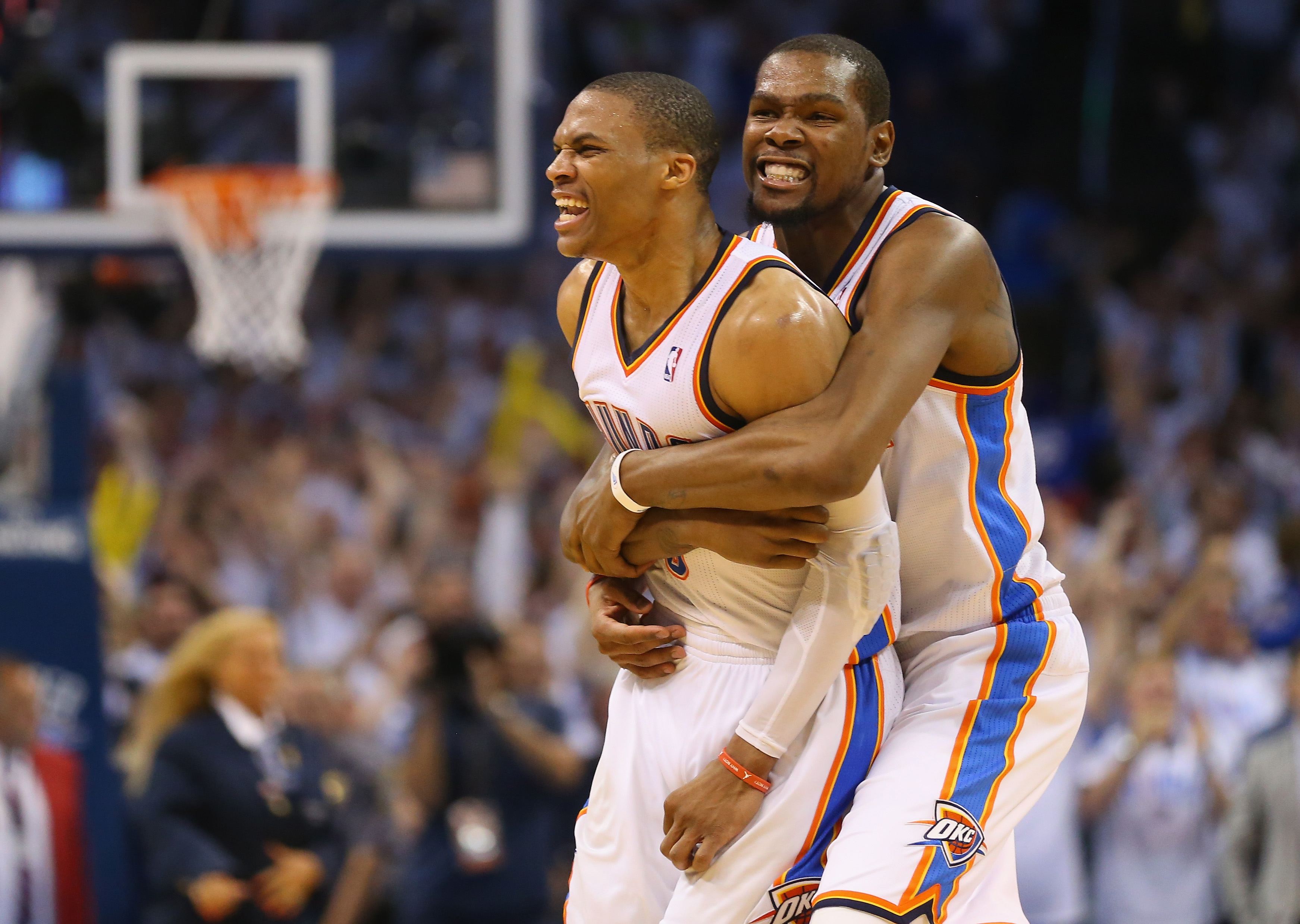 And then there are teams trying to compete with one mega-talent. Chief among them are the New Orleans Pelicans with forward Anthony Davis. In a recent poll of NBA front office executives Davis received more votes than LeBron James as the preferred player to build a franchise around. And no wonder – his 30.8 Player Efficiency Rating marked one of the 20 best seasons in NBA history. Even with the 23-year old superstar patrolling the baseline the Pelicans rate no better than +4000 odds to take home a championship.

Even though Davis is not expected to pull his team all the way through the NBA Finals, he is still a strong favorite in the pre-season race for league MVP. The perennial choice, LeBron James, has the shortest odds to claim what would be his fifth MVP – +225. Davis and Durant, at +400, are listed next and reigning MVP Curry is given a +600 chance of repeating. NBA MVP voters seem to look for players on non-winning teams to reward rather than honoring King James every year (Derrick Rose in 2011 and Durant in 2014 are examples) so Davis is a strong choice for bettors here. 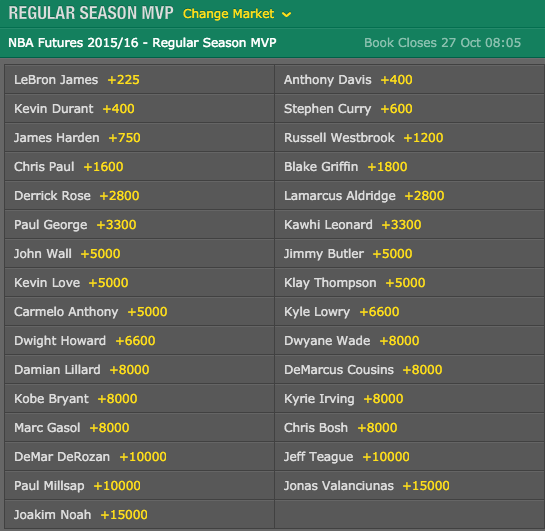 And speaking of star players toiling with non-winning teams, one of the most interesting pre-season NBA bets can be found in the race for Rookie of the Year. The top three picks in the 2015 Draft are all expected to see considerable playing time and given strong consideration to be the league’s top newcomer: Karl-Anthony Towns at Minnesota where he will team with last year’s Rookie of the Year Andrew Wiggins (+500); center Jahlil Okafor with Philadelphia’s perennially rebuilding 76ers (+400); and point guard D’Angelo Russell who will try to revive glory to the Los Angeles Lakers (+550). 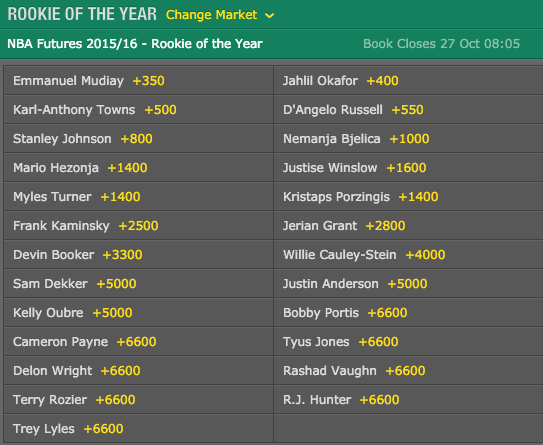 But the player who has emerged as the pre-season favorite to steal rookie honors is seventh pick Emmanuel Mudiay (+350). Mudiay is a Congolese national who was a schoolboy star in Texas at guard but decided to pass up college in favor of playing pro ball in China. He suffered through an injury-riddled campaign overseas before being plucked in the draft by the Denver Nuggets. Mudiay performed well in summer league play and is being put in charge of handling the Denver offense, a role that has catapulted him to the top of rookie power ratings.

Well enough of the analysis, let’s get ready for some entertaining basketball on the hardwood! 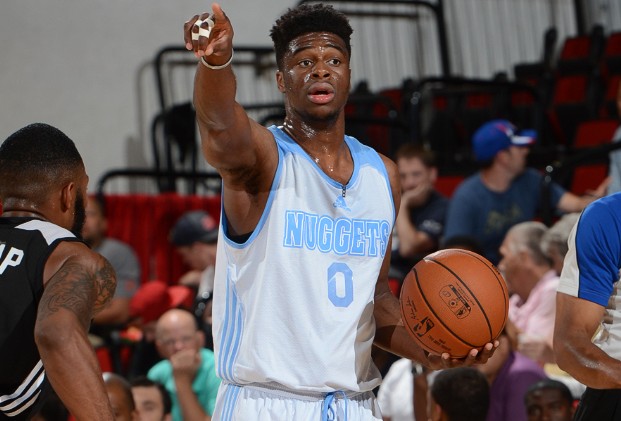 The Kings have lost 7 straight contests. Can they get into the win column before 2020? Bookmaker SportsBetting has the latest odds for the NBA.
【Top Bet】Who Will Battle for Lord Stanley’s Cup in 2015? The Oddsmakers Have Spoken!
【Bookmaker】The Cricket World Takes Center Stage! The Latest ICC Test & ODI Series Odds Are Revealed!
Home
Basketball