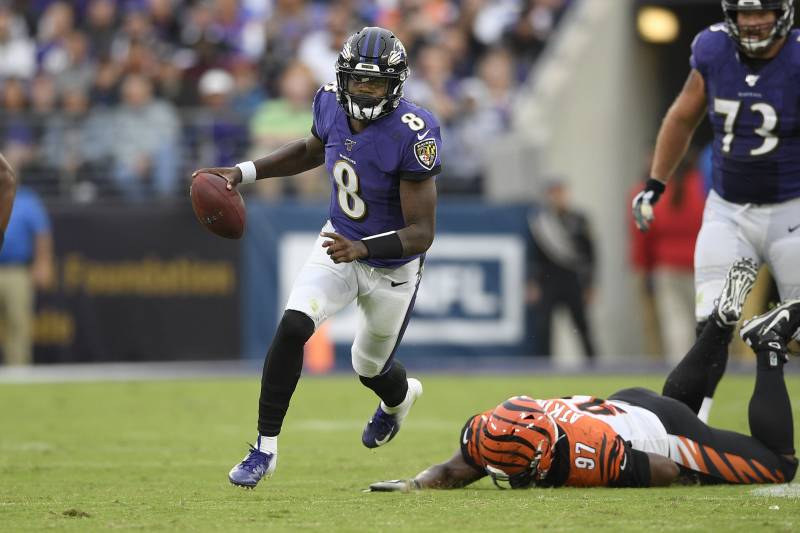 Tomorrow’s contest between the San Francisco 49ers and Baltimore Ravens may be the most anticipated game of the season.

San Francisco enters this game 10-1 with the chance to be the number one seed in the NFC moving into next week. Meanwhile, the Ravens have torched worthy opponents this season. Baltimore is 9-2 and has dominated the AFC throughout the year.

Online bookmaker BetOnline has the Ravens as the favorites at -250.

These two teams met back in 2013, during Super Bowl XLVII. The Ravens would go on to win the holy grail of football. Both teams have not made the Super Bowl since.

Lamar Jackson is projected to be the MVP this season and a victory Sunday will greatly help his case. Jackson has helped the Ravens defeat some powerhouses in the NFL and the 49ers could be the cherry on top.

The 49ers’ lone loss this season came to the Seattle Seahawks during Week 10. The 49ers and Seahawks will close out the regular season during Week 17. The Ravens also squared off agianst the Seahawks this season. Baltimore would capture the win with a 30-16 victory.

Could this be an early look into the future? Both teams are destined for the Super Bowl but all it takes is a hiccup in the playoffs to be eliminated. Still, football fans alike are excited about this contest to see what happens when these two teams collide.

Who Will be Crowned Offensive Player of the Year?

With so many offensive weapons in the NFL, is there a clear favorite for Offensive Player of the Year? Bookmaker 10Bet has the latest odds for all things NFL.

12-teams will battle it out for the Lombardi trophy, but only one franchise will be crowned Super Bowl champion. Online bookmaker BetOnline has the latest odds for the NFL Playoffs.

The Chiefs and 49ers are hoping to be crowned Super Bowl Champion. Which team is the favorite entering Sunday's final game? Bookmaker 10Bet has the latest odds for the NFL.

The 49ers look to stay perfect against the 3-4-1 Arizona Cardinals on TNF. Online bookie SportsBetting has the latest odds for this contest!
Can the Charlotte Hornets End Milwaukee’s 10-Game Win Streak?
Can We Expect War on Sunday When Cleveland Visits Pittsburgh?
Home
American Football