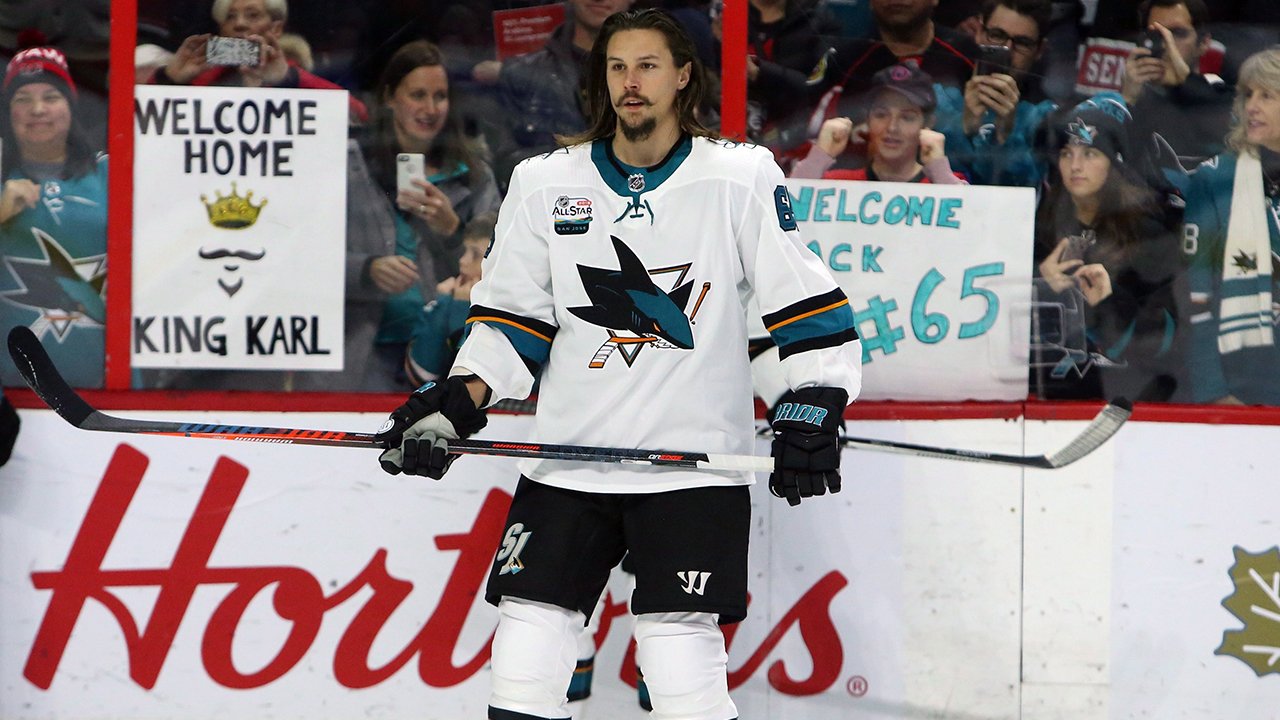 Erik Karlsson is returning to Ottawa once again, but the magic of the Senators’ former Captain hitting the ice as an opponent may be gone. It should be business as usual for both the Sharks and Senators, as the two clubs are looking to snap a losing skid.

The Sharks lost to the Toronto Maple Leafs 4-1 on Friday evening and own a record of 4-6-1. Meanwhile, the Senators were handled easily by the New York Islanders on Friday as well. Ottawa is currently 2-7-1 on the year.

Online bookmaker SportsBetting has the O/U for total goals at 6½.

Both teams had similar starts to the season as well. The Senators opened this season losing three straight games. After securing their first win of the season against the Tampa Bay Lightning, the Sens would go on to lose four straight.

As for San Jose, the Sharks opened the season with four straight losses. After winning three straight, the Sharks have now lost 3 of their last 4.

Even though the Sharks have not played up to potential in the early going, Senators Head Coach D.J. Smith is not taking this team lightly. He knows that Ottawa will need to outwork and outhustle the Sharks to win this contest. The Senators are currently the worst team in the NHL.

Craig Anderson will get the start for Ottawa. He replaced Anders Nilsson Friday night after Nilsson allowed 4 goals on 16 shots.

【bet365】Can We Expect Some Upsets on the Way to Lord Stanley’s Cup? The Linemakers Weigh In!

Bookmaker bet365 unveils the NHL odds for this year’s playoffs. Will the Pens be able to defend their crown?

【Bovada】Who will Take Lord Stanley’s Cup in 2016? The Oddsmakers Weigh In!

Bookmaker Bovada unveils the NHL odds on who’s favored to be the overall winner of this season’s Stanley Cup.

Can the Canadians stay alive in the World Juniors, or will the Czech Republic step up in front of their native land? Bookmaker 10Bet has the latest odds for international ice hockey.
Kansas City Chiefs Search For Win Without Patrick Mahomes
Miami Aims to Shock World With Victory Over Pittsburgh
Home
Ice Hockey