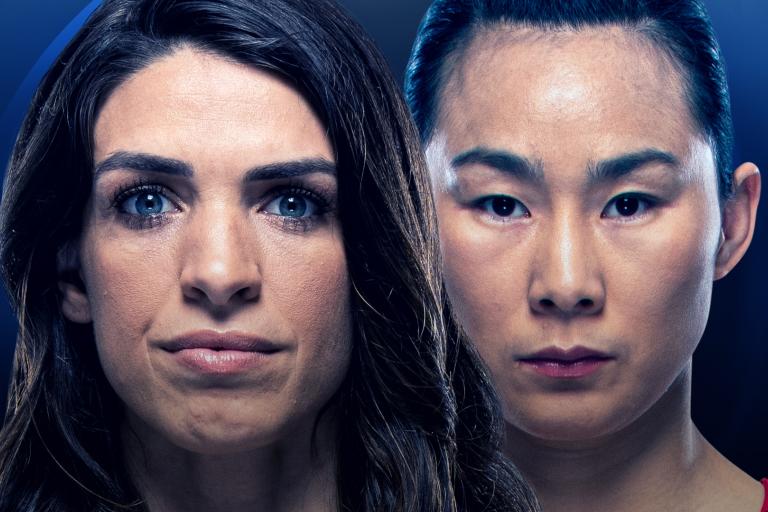 The main event sees American Mackenzie Dern take on Chinese fighter Xiaonan Yan in a highly anticipated women’s strawweight clash. With the home favourite coming into the bout off the back of a win and with Yan looking to snap a two fight losing streak, expect this headline event to be a hard fought encounter.

Warming up the Octagon for Dern vs. Yan is a tantalising match-up between two grizzled veterans. Welterweights Randy Brown and Francisco Trinaldo are the co-main event and with 55 professional fights between them, the two are sure to put on a show.

Bookmaker William Hill has the odds for these matches as well as the rest of the card on Saturday night. 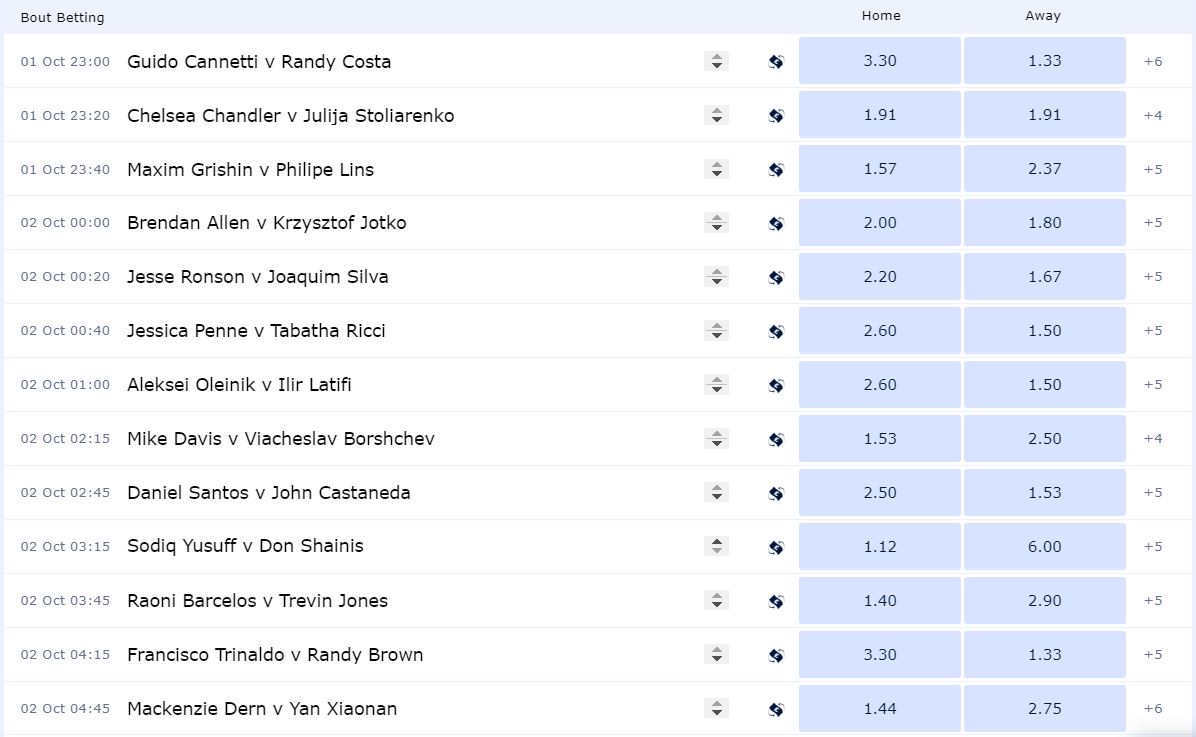 In the evening’s headline fight, Dern is the moderate favourite over her opponent Yan. UK bookmaker William Hill has the American at 1.44 to win with Yan behind on 2.75.

With a record of 12-2-0, Mackenzie Dern will have her sights set on a title fight next year and won’t want this match-up to get in the way of that. Her loss against Marina Rodriguez in late 2021 was enough of a wake up call for the 29-year-old, who will be focused on executing a take-down against Yan and extracting a submission. Having won by submission in seven of her twelve victories so far, William Hill has her at odds of 1.83 to finish the fight early on Saturday night.

Yan, on the other hand, has experienced a drastic change in fortune over the last two years. In late 2020, the Chinese fighter was the hottest thing in women’s strawweight MMA having won 13 fights in a row for a record of 15-1-0. However, she is yet to win a match since then and has added two more defeats over the last 18 months.

Looking at the other fights on the UFC Fight Night card, Randy Brown is favoured to hand veteran Francisco Trinaldo another loss. 44-year-old Trinaldo has been fighting in the UFC for over a decade amassing a professional record of 28-8-0. However, 32-year-old Brown is in fine form having won three in a row and at 1.33 to win, he looks likely to make it four straight victories.

Lightweights Joaquim Silva and Jesse Ronson should also serve up an exciting fight with William Hill putting the odds slightly in Silva’s favour at 1.67 to 2.20. Both men have three losses in their last five fights and will be desperate to stop the rot with a win here. Expect Silva to regain some momentum with a decision victory over Ronson. 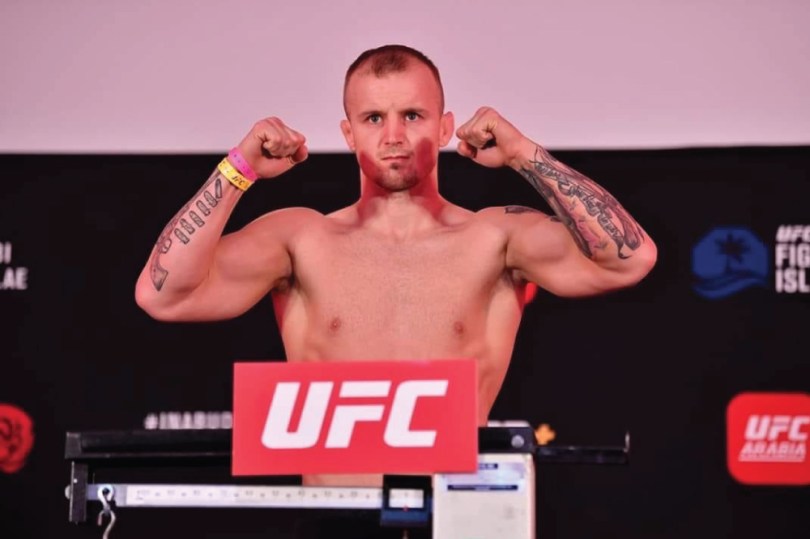 Knockout artist Derrick Lewis headlines a big line up of MMA fights at UFC Fight Night this weekend. Bookmaker William Hill has all the odds ahead of this event.

This weekend delivers another action-packed evening of UFC match-ups with Sandhagen vs. Song headlining a 14-fight event. Can Sandhagen save his UFC career with a win over Song? Bookmaker William Hill has the odds ahead of these fights.

Current champion Nurmagomedov faces off against Interim champ Dustin Poirier at UFC 242! Online bookmaker BetOnline has the odds for this unification bout.

UFC hits the road for its debut in France this weekend. With a card packed by five French fighters, will the local crowd leave with something to cheer about? UK bookmaker William Hill has the latest odds.

UFC Fight Night: Grasso vs. Araujo | Who Will Come Out on Top in the Battle of the Contenders?