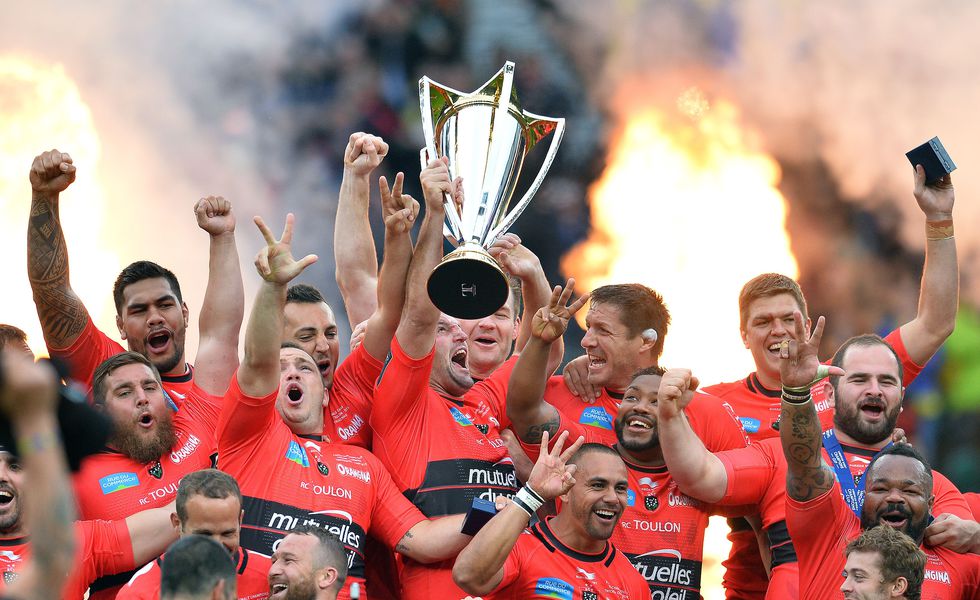 The 2015/16 European Rugby Champions Cup kicks off on the 13th of November 2015 with the final taking place on the 14th of May 2016 at the new Stade des Lumières. There is a later start to the tournament than previous years due to the Rugby World Cup, which ended on the 13th of October 2015. Previously known as the Heineken Cup, this will be the 21st time the European Cup has been contested. 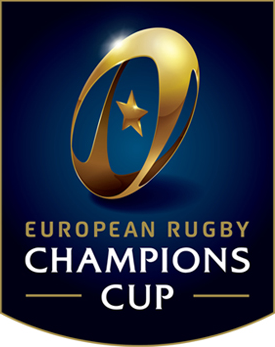 A total of 20 different clubs from around Europe will compete for the European Champions Cup trophy. There will be seven clubs from France, six clubs from England, three clubs from Ireland, two clubs from Wales and both Scotland and Italy have one club each in the competition. The clubs have qualified due to the position they finished in their domestic league last season. The teams are then split in to four tiers based on their seeding with those who finished at the top of their domestic league being in tier one and those who finished sixth and seventh at the bottom, which is tier four. When the draw took place, one team from each tier was placed into a pool, thus creating five pools with one team from each tier within them.

Teams will play each other twice, home and away, during the course of the pool stage of the tournament. The scoring system is based on the match outcome and also the points scored and conceded by each team. Therefore, teams will be awarded 4 points for a win, 2 points for a draw, 1 point for scoring four or more tries and 1 point for losing a match by seven points or less. So, even in defeat, it’s possible for a team to pick up points, which could be crucial come the final standings in the pool. 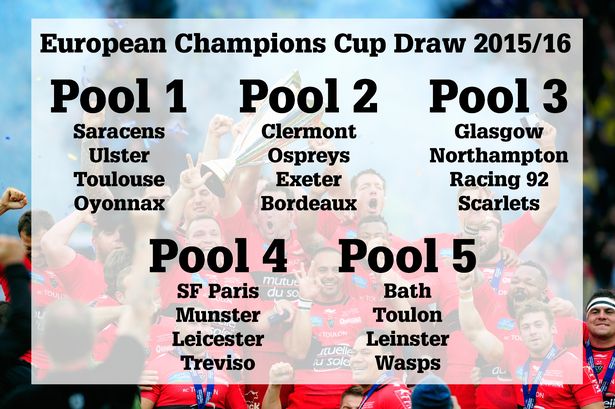 The defending champions are Toulon, who have won the European Rugby Champions Cup for the last three seasons in a row, which is a record number of consecutive victories. The 2014/15 final was an all-French affair at Twickenham.

Considering their impressive form in the European Rugby Champions Cup, it’s little surprise to see Toulon as favourites to progress from Pool 5, consisting of Leinster, Bath and Wasps. However, this pool is probably the closest you will get to a ‘group of death’ in the competition this season and Toulon have lost a number of forward players, which could have an impact early on. That being said, the other contenders in the group could easily take points off each other, leaving Toulon to claim the top spot. Therefore, it’s not surprising to see them at 8/11 with bookmaker Paddy Power to do just that.

Moving on to Pool 1 and this features more teams from England, France and Ireland. Both Saracens and Toulouse have made a good start to their respective domestic campaigns and will go in to the opening weekend of fixtures with confidence. Having made the final and semi-final in the previous two seasons, Saracens are probably England’s best hope of winning the competition and are available at 6/5 with Paddy Power to win Pool 2. However, Toulouse can never been underestimated, especially with their history in the European competition and can be backed at 7/4 to finish on top of the pool. Ulster and Oyonnax will have their work cut out just stay in touch with the other two teams in the pool.

Pool 2 is the home of Clermont, a team that has come so close to winning the tournament on a number of occasions but always failed to get over the line. Will the 2015/16 season be any different? Well, Clermont has started their domestic season in fantastic style and will come in to the first weekend of fixtures in the European Rugby Champions Cup as the top team in France. It’s difficult to imagine any other team other than Clermont coming on top of a pool consisting of Exeter, Ospreys and Bordeaux. Looking at their current form, the only chance of pressure lies with Exeter to try and prevent Clermont from running away with the pool but at odds of 11/2 with Paddy Power, the English club are outsiders to finish in the top spot, leaving Clermont at 4/11 to progress to the quarter-finals.

This season, the European Rugby Champions Cup will feature two-time World Cup winner Dan Carter, who will star for Racing 92 in Pool 3. The New Zealander’s new club has gotten off to a good start in the French league but has been known to under perform when it comes to the European competition. Fans will be hoping that the world player of the year can inspire the team to success.

This could be the closest pool of them all to predict, with Northampton not in the best of form and both Scarlets and Glasgow feeling like they have got a chance. Out of the three, it’s most likely to be Glasgow who will challenge Racing 92 for the top spot, especially given their winning mentality of last season. However, at 7/5, Racing 92 provides good value to win the pool with Glasgow going through as a runner-up.

Finally, we have Pool 4, which features Italian team Treviso. The other three teams in this pool, Leicester, Munster and Stade Francais, will be jockeying for the remaining coveted spot in the knockout stages. Both Leicester and Munster have made solid starts to their domestic league campaigns while it’s Stade Francais who comes in to the competition as the team struggling. Leicester and Munster are not teams to be feared as they once were but have enough to qualify from this pool and at 5/2 to finish as Pool 4 winners with Paddy Power, Leicester could be worth backing here.

Looking at individual honours, the top try scorer award was won by George North last season. The Welshman has the opportunity to reclaim his title this season with Northampton and is 12/1 to be successful with bookie Paddy Power. However, no player has finished as top try scorer in the European Rugby Champions cup for two seasons running and with his club favourites to win the tournament, South African winger Bryan Habana is also available at 12/1. Habana is a joint record World Cup try scorer and his electric pace and running should see him cross the try line a number of times this season. 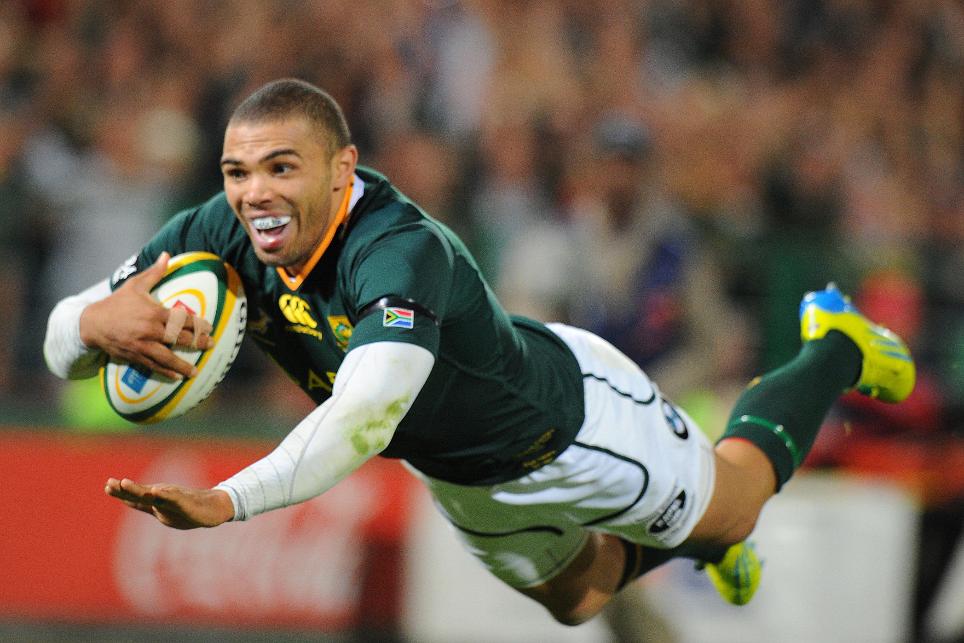 Many rugby fans feel that this will be the year that Clermont Auvergne comes to the party and delivers. The in-form French team is 11/4 with sportsbook Paddy Power to win the 2015/16 European Rugby Champions Cup. That being said, Clermont has lost two finals, in 2013 and 2015, both to Toulon and if their paths cross in the competition once more, Toulon will be confident they can turn over their domestic rivals. Therefore, at 7/2, Toulon is the team to beat in Europe once again this season.

Irish bookmaker Paddy Power has unleashed all the odds surrounding the 2015 Rugby World Cup on UK soil. Who will...