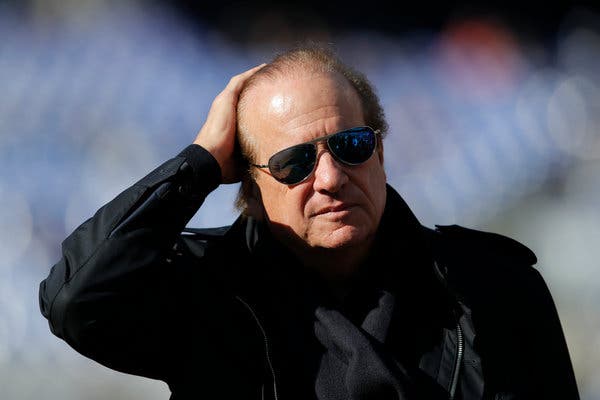 Another Thursday is upon us which means it’s time for another week of NFL action to start. Tonight, the Oakland Raiders will play host to the visiting Los Angeles Chargers.

LA enters this game with a 4-5 record, while the Raiders are 4-4 on the season.

There has been some controversy swirling in Chargers’ land. With rumors that a potential relocation to London could be in works, Chargers’ owner Dean Spanos quickly downplayed the rumors and called them false. Either way, it must be tough for the Chargers to play at their home stadium, where they have the lowest attendance in the NFL.

Online bookmaker BetOnline has the Raiders at +107 on the Money Line.

As LA travels to Oakland, the Raiders are ranked 30th in the NFL but average more than double the amount of fans per game compared to the Chargers.

Oakland’s Josh Jacobs has taken the NFL by storm. The 21-year-old rookie has totaled 6 touchdowns this season and has been a solid addition to the Raiders’ offense. Overall, the Raiders are ranked 16th in the NFL in points for per game at 22.8.

Los Angeles’ offense is ranked 21st in the NFL, which is alright but could use some improvement. Meanwhile, LA’s defense is ranked 8th in the NFL. With numbers like that, it’s hard to believe the Chargers are one game below .500.

All five of the Chargers’ losses this season have been by a touchdown (with an extra point) or less. This means that if the defense can snag one more stop and the offense can find the end zone one more time, they could be above .500.

It will be interesting to see if the Chargers can get it going agianst the Raiders’ defense, a group that is ranked 26th in the NFL.

Rivals Baltimore and Pittsburgh meet on the gridiron. Which team comes out victorious? Bookmaker 18Bet has the latest odds for the NFL.

The Patriots are 8-0. Can the Ravens end their bid at a perfect season? Bookmaker SportsBetting has the latest odds for this contest and all things football.
Virginia and Syracuse Open Their College Basketball Campaign
San Francisco Puts Perfect Record On Line Against Seattle Seahawks
Home
American Football