India and South Africa will compete in a three-match ODI series to conclude the white-ball leg of the Gandhi-Mandela series. Team India got the upper hand in the T20I series but South Africa has the advantage over the Men in Blue in the ODI format. Proteas whitewashed India in a three-match ODI series earlier in the year that was played in the African continent. The Men in Blue also lost to South Africa the last time they both played in India back in 2015.

The Indian team will be eyeing revenge and hope to finally end their poor showing against South Africa in ODIs. However, it won’t be easy for India as they will be playing the series with a second-string team. The first-choice players including skipper Rohit Sharma, KL Rahul, Rishabh Pant, and Virat Kohli will be rested for the series due to the T20 World Cup set to begin on the 16th of October. 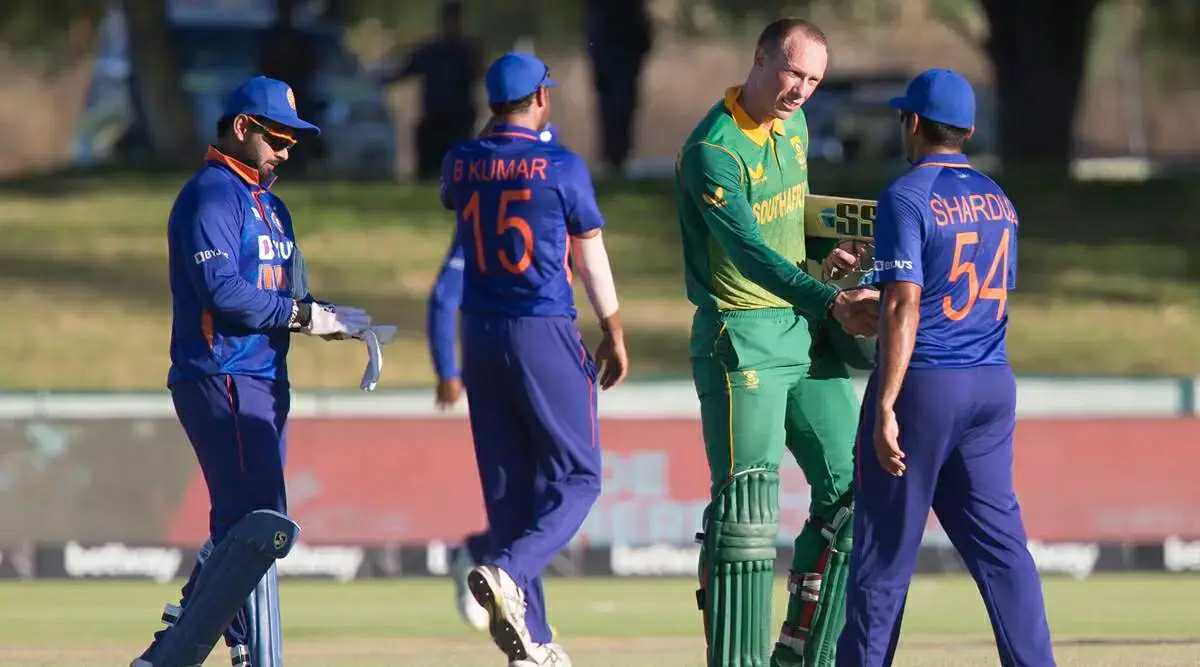 The Men in Blue will be led by veteran batter Shikhar Dhawan and Shreyas Iyer will serve as his deputy. In the absence of the senior players, stand-in skipper Shikhar Dhawan will have to lead from the front. He expected to play a captain’s knock in the 1st ODI and bookmaker bet365 has picked him as a top batter for India with the odds of 3.50. Man in form and Dhawan’s opening partner, Shubhman Gill, is in second place with the odds of 4.33. 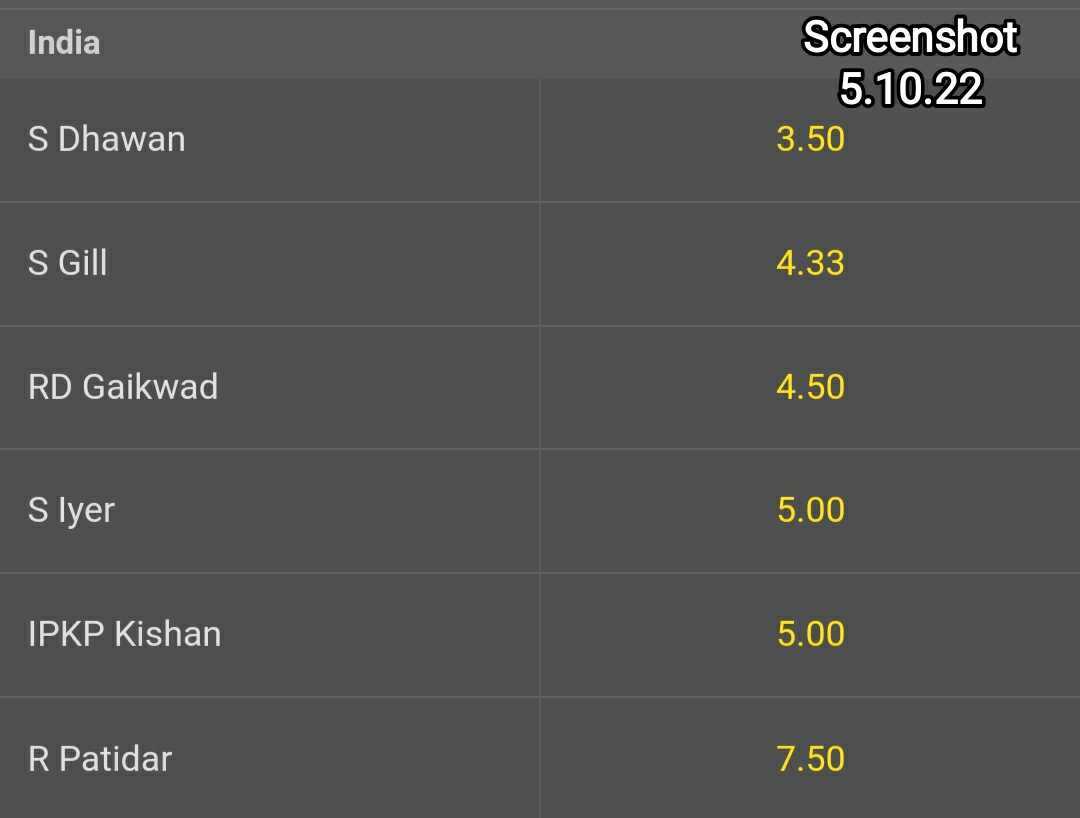 Domestic performers like Rajat Patidar, Rahul Tripathi, and Mukesh Chaudhary have received their maiden call-up in the absence of first-choice players. Hence, it will be interesting to see how these youngsters fare against a quality international team.

On the other hand, South Africa has named a full-strength squad despite the World Cup being just 10 days away. Temba Bavuma will resume his duties as the leader of the team with opener Janneman Malan being the only new addition to the squad. 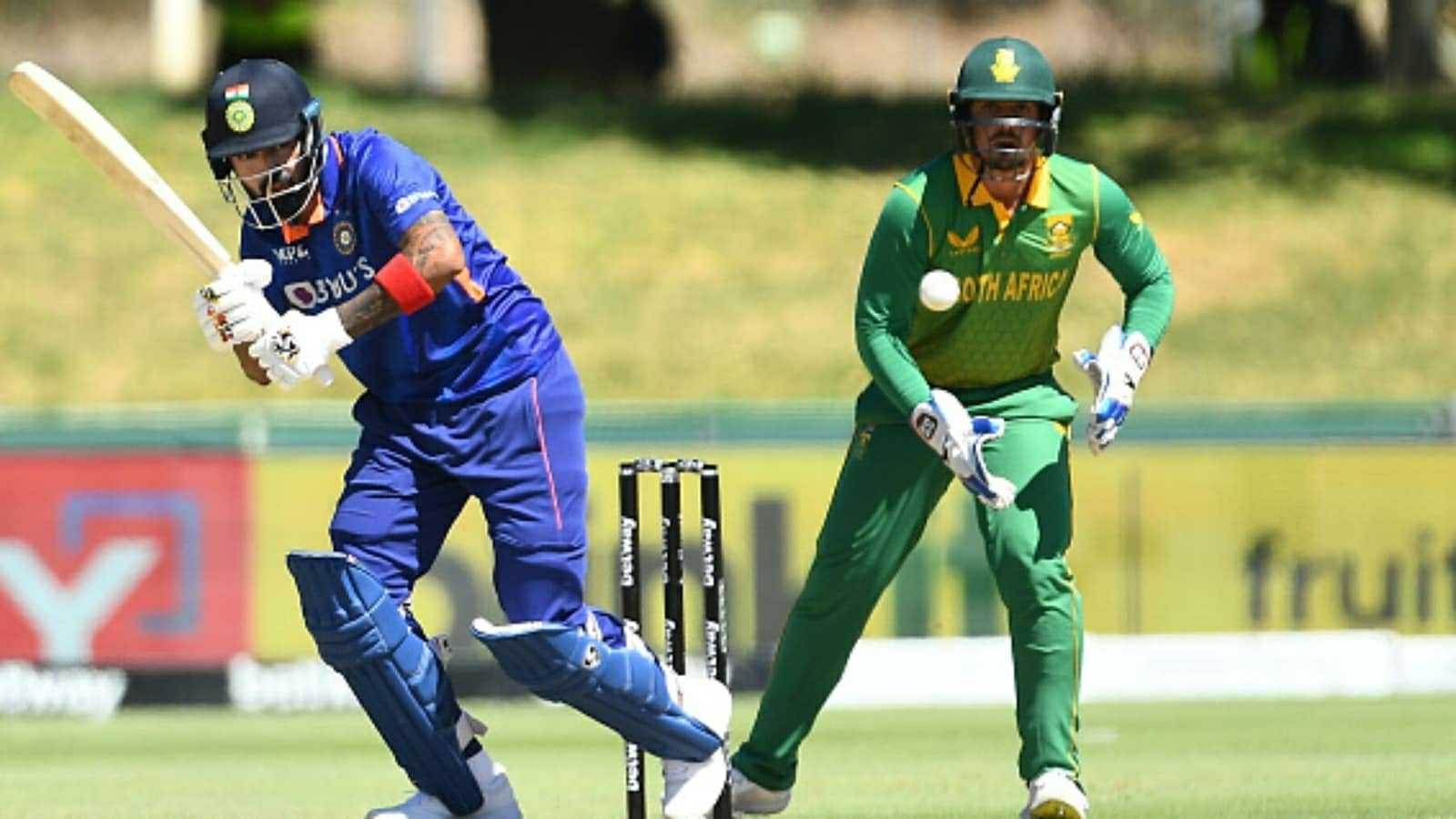 South Africa’s strength is its pace attack that consists of Kagiso Rabada, Anrich Nortje, and Lungi Ngidi. Their two veteran spinners Shamsi and Maharaj have troubled the Indian batsmen in the past and will look to continue their dominance. 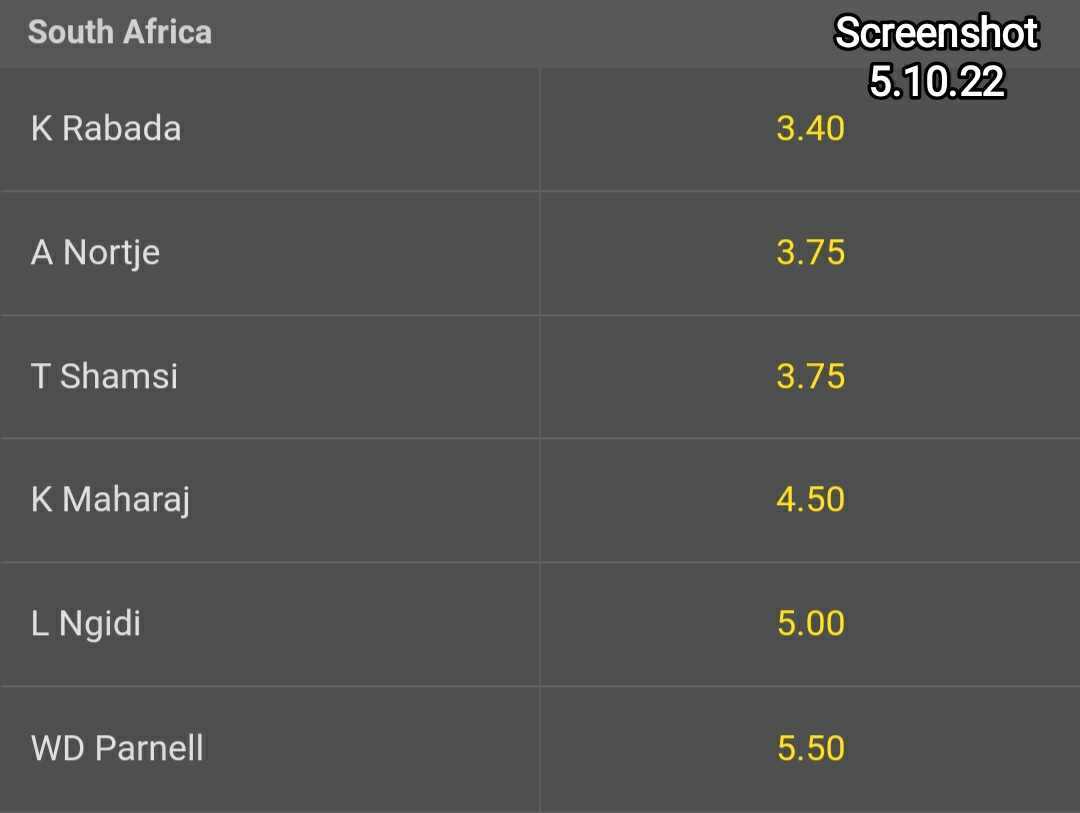 Despite playing at home, India starts as the underdog in the series with odds of 2.10. South Africa, who have a formidable unit, come in as favorites to win the series and is priced at 1.72.

The first ODI will be played on the 6th of October at Ekana Stadium in Lucknow at 8:00 a.m (GMT). For the second ODI, the action will shift to Ranchi and the tour will conclude in the nation’s capital of Delhi.

Can the home team defy the odds and beat a strong South African side? Or will the Proteas continue their winning streak against India in the 50-over format? We’ll find out the answers soon.

Who will be the top batsman & bowler during the upcoming 2017 IPL season? bet365 sheds some light on the odds!

England vs. South Africa T20I: Can Proteas End Their Losing Streak Against the Three Lions?

Buttler is eyeing his first series win as England's full-time captain but South Africa is targeting their maiden series victory in England. Who will get to break the jinx? Bookmaker bet365 gives you all the latest odds.

The England cricket team has landed in Pakistan after 17 long years for a seven-match T20I series. Find out who has the odds in its favor in this historic series as bet365 presents the latest odds for this spectacle.

India and West Indies will lock horns in a three-match ODI series starting on Friday. India will be without their key players as West Indies look to end their losing streak against the Indians. Bookmaker bet365 has all the latest odds for this epic battle.

A red-hot Indian team will face off against England in the 2nd T20I of the three-match series on Saturday. Bookmaker 888sport has all the latest odds for this epic clash.
Can Max Homa Continue His Hot Streak at the Shriners Children’s Open?
Can the Avs Keep the Stanley Cup in Colorado? The Odds for Another NHL Season are Out!
Home
Cricket