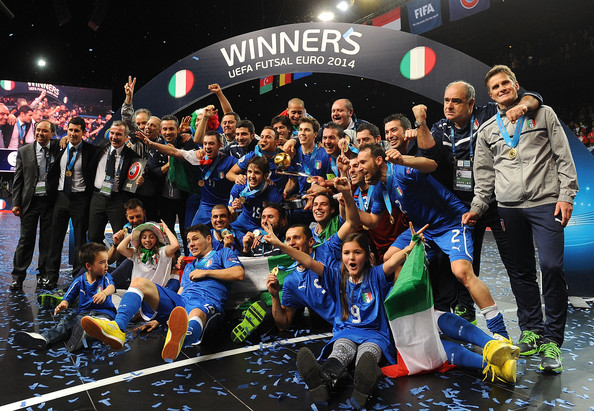 Serbia is the destination for twelve futsal teams this February to play in the biggest tournament of its kind that Europe has to offer. This year marks the 10th edition of the biennial men’s competition. The first was played back in 1996 which was hosted and won by Spain.

Teams descending on Serbia will play each other for the ultimate prize from the 2nd of February to the 13th of February. With the UEFA Euro 2016 commencing from June 10th in France, this futsal event will be a good opportunity for those European countries who don’t stand a chance in the bigger arena to bring home some glory to their homeland. Despite a smaller playing field and a reduced spectator area, futsal is fast, technical and sometimes more exciting than tradition football matches so some thrilling matches in Serbia are definitely expected to be had.

The Russian Eder Lima remained the top-scorer in the 2014 competition with 8 total goals in the finals while Gabriel Lima who plays for Italy was judged as the best player of the tournament.

As for some food for thought, Russia, Italy, and Spain have played in the finals of all the UEFA futsal competitions. Joining these powerhouses this year as the only debutant of the field is Kazakhstan. Will Kazakhstan make it a tournament to remember? Stay tuned! 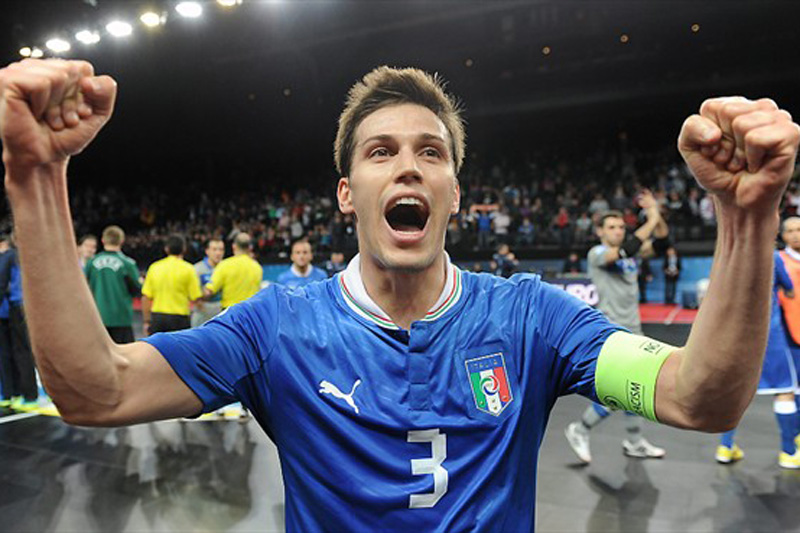 Serbia was selected ahead of Macedonia and Bulgaria by the UEFA Executive Committee back in March 2013 to be the hosts for 2016 UEFA futsal tournament. The matches will be played in the indoor Kombank Arena (formerly known as the Belgrade Arena), which is located in the Serbian capital of Belgrade. The indoor facility has a maximum capacity of 25,000 making it one of the biggest futsal hosting venues in all of Europe.

Initially, the Pionir Arena was suggested to host the group stages but the small capacity of only 8,150 prompted officials to choose Kombank Arena for all the group and knockout stage matches.

Interestingly, one of Serbia’s neighbors, Slovenia, has been selected as the host for the 2018 competition, which will take place in the capital city of Ljubljana.

46 national teams participated in the qualification stage including first timers Scotland and Serbia. Serbia received an automatic entry due to being the event host. With Serbia’s placement in the finals a lock, it resulted in the the remainder of the 45 teams fighting for one of the 11 finals spots.
After three qualifying stages consisting of the preliminary rounds, main round, and the playoffs played from January 2015 to September 2015, the final set of 12 qualified teams resulted in only one surprise – Kazakhstan, which made it through to the final stage of the tournament for the first time. 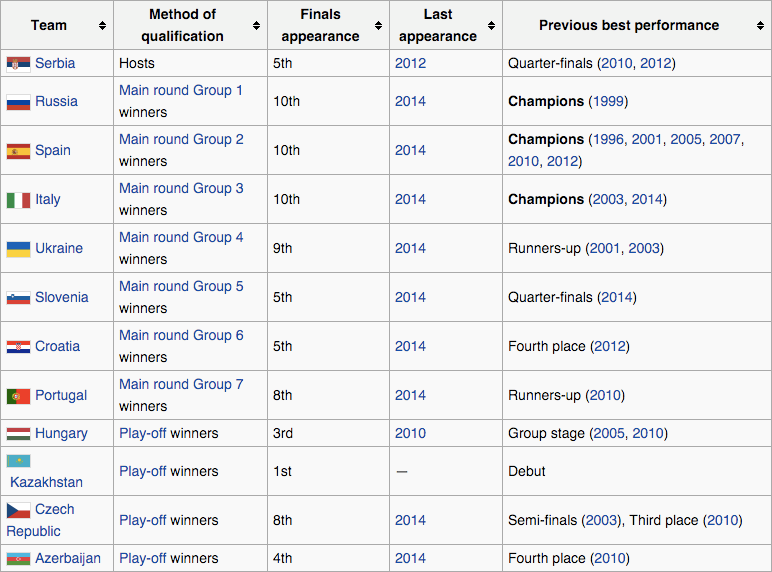 The draw for the final groups was held at the Belgrade Town Hall in the Serbian capital of Belgrade.The official ambassador was unveiled at the event; the former Serbian football player Dejan Stankovic who also made the draws. 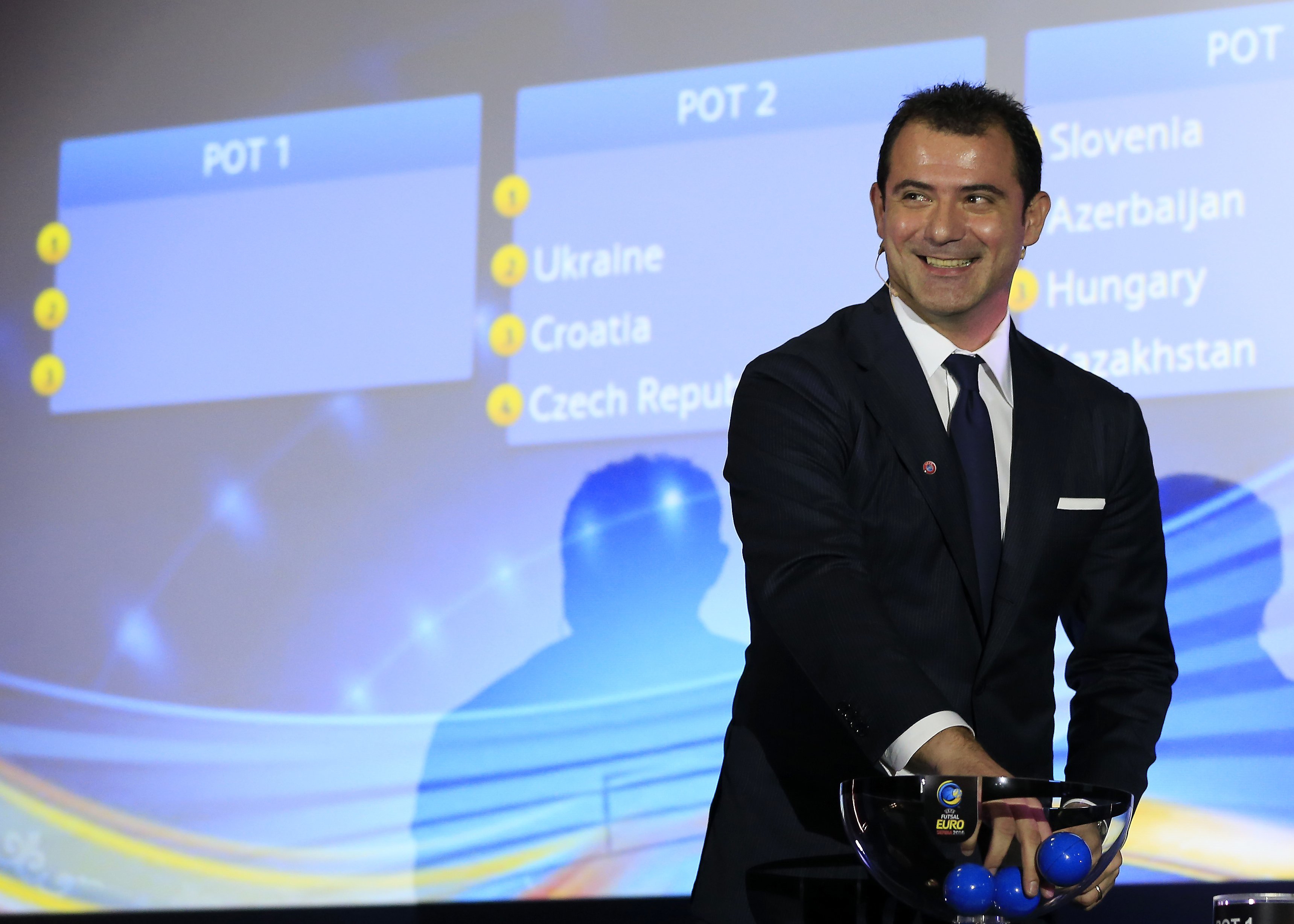 The 12 qualified teams were drawn into four groups each with three teams. The severed political relations between Russia and Ukraine forced the draws to not place the two teams in the same group. It was also made sure that both teams didn’t have a match on the same day to avoid possible clashes between the fans of the two countries.

As for the final four groups, they are as follows: 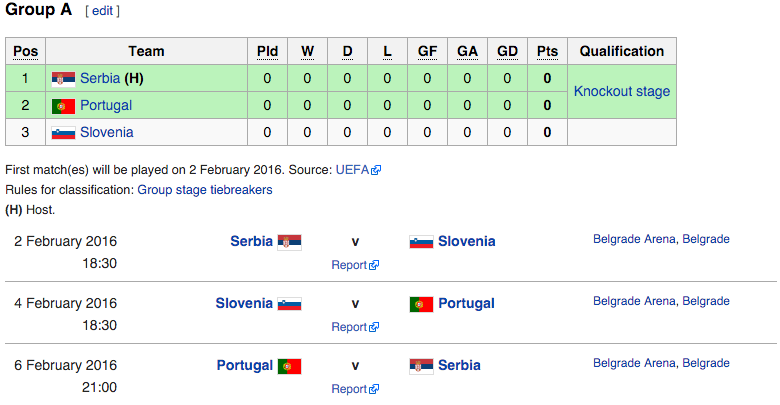 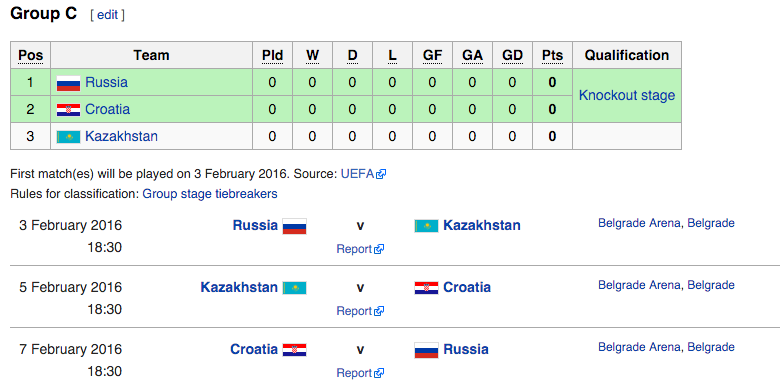 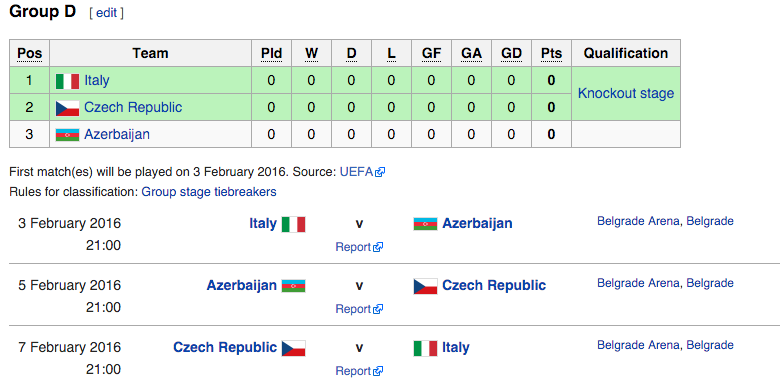 The top two teams from each group will automatically qualify for the next round which will commence the knockout stage. Serbia will find it difficult to qualify into the next round having been drawn with the likes of Portugal and Slovenia in Group A.

The first match of the competition will be played between Serbia and its neighbor Slovenia on the 2nd of February. Group B teams Ukraine and Spain face-off in what is shaping up to be an interesting match on the 6th of February. Kazakhstan is coming in as the established underdogs in this competition and will find itself in an uphill battle against Russia in Group C while Italy and the Czech Republic look to be the favorites in qualifying for the knockout stage in Group D.

Having finished the 2014 tournament with a 3rd place standing, Spain is poised to reclaim its superiority in Europe. The Spanish team is expected to face either Serbia or Slovenia in the quarter-finals, and might be able to have a re-match against Italy in the semi-finals if all goes according to plan.

Russia is looking set to face either Portugal or Ukraine in the second semi-final if they win out as expected. The final match seems a little hard to predict because all the teams in the semi-finals can beat anyone on their day.

According to the oddsmakers at UK-based Marathonbet, a Spain vs. Russia final matchup seems to be what they are predicting at this point in time, however don’t rule out Italy’s chances of crashing the party once everything is said and done.

If one is interested in intriguing odds, look no further than tournament debutant Kazakhstan (30/1) having better odds of winning the competition than the hosts in Serbia (60/1). At the other end of the spectrum, the linesmakers have not put their faith in Hungary giving odds on the Hungarian side winning the cup at 325/1. It would also be wise to take into consideration that Turkey, Poland, and Hungary have never won a single match in the competition thus far when factoring in where to place a bet or two.

As a fast paced game, futsal requires highly skilled players to win the games because there is no time to recover if you concede goals early in the match. The popularity of this sport has forever been on the rise because all the fun of football is packed into a smaller playing field.

There is no doubt Spain has won the most cups, but a more interesting fact is most of the high performing players in this sport have roots from Brazil or other Latin countries.

Will the 10th edition of UEFA futsal competition also known as UEFA Futsal Euro 2016 leave us with any new found heroes? Serbia holds all the answers as the action kicks off! 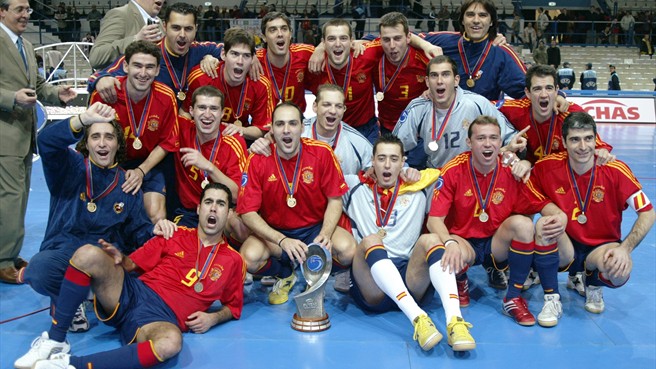 Bookmaker bet365 shares insight on who has the best chances of ascending to the top of the futsal world! Can Spain de-throne Brazil in South America?
【bet365】Will Djoker & Serena Own the Blue Hard Courts “Down Under”? The 2016 Aussie Open Odds Unveiled!
【Bet Victor】2016 RBS Six Nations: Will the Luck of the Irish Prevail Once Again? The Odds Say…
Home
Futsal