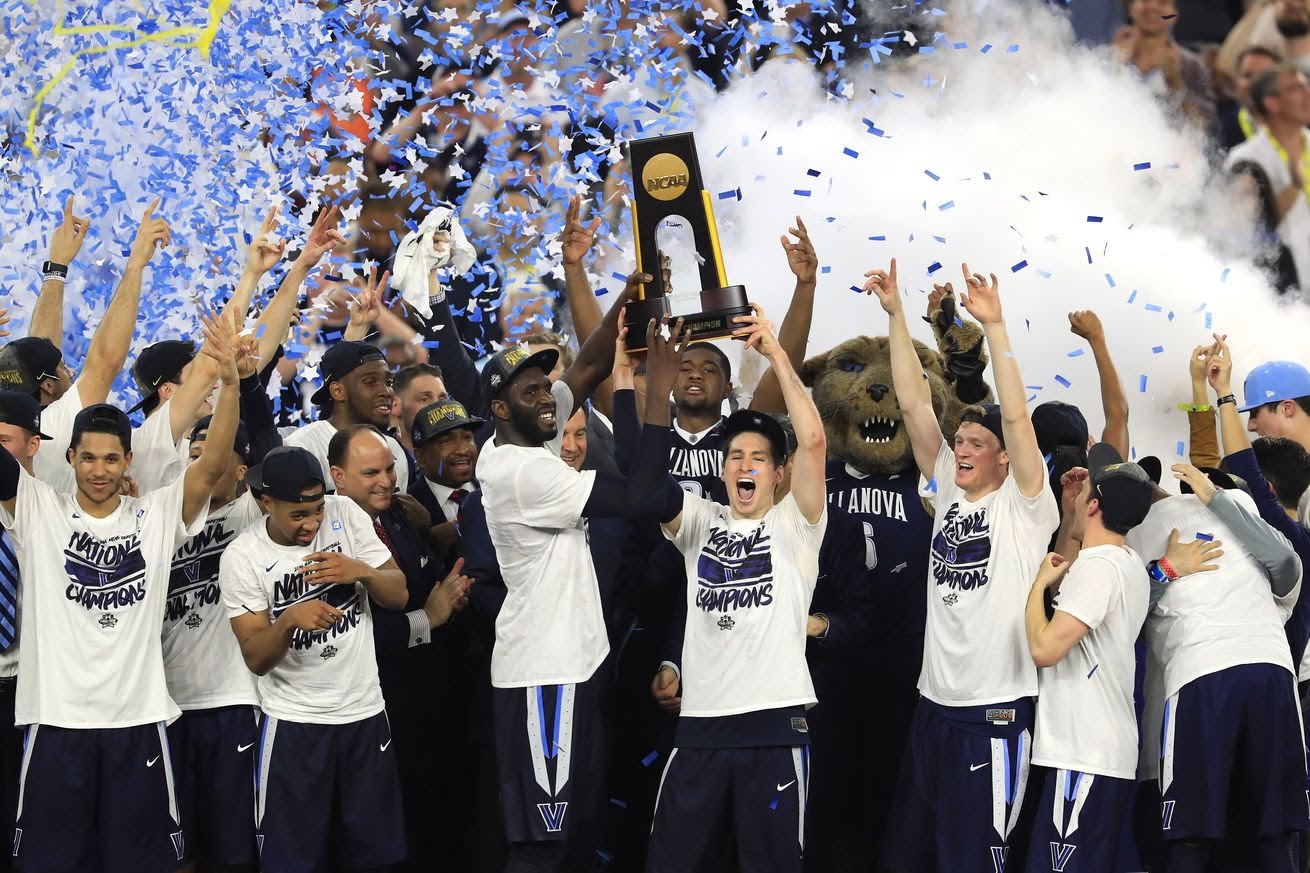 When it comes to prognosticating the winner of the Men’s NCAA Basketball Tournament every March it is all about paths. Bettors poring over the 68-team bracket must discern which team has the best chance to navigate their way through the maze to University of Phoenix Stadium and the championship. That winner is seldom the consensus “best” team heading into play because of those hurdles tossed in front of the favored five along its way. With that caveat granted, let’s look at the 2017 favorites for the title.

The North Carolina Tar Heels have drawn enough early action to be the tournament favorites at online bookie Pinnacle where they are listed at 7.160. Last year North Carolina was heavily favored to win the championship before getting upended by Villanova in the finals. This year North Carolina once again secured a number one seed and are staying home in the South which should ease the initial stages of their journey through the brackets. ACC Player of the Year Justin Jackson leads the Heels from his forward position and North Carolina again boasts an enviable front court that gathers up more offensive rebounds than any team in the nation. While that advantage can demoralize opponents this version of Carolina basketball was not a reliable juggernaut during the season – there were seven losses against 27 wins, including two to arch-rival Duke. No college team has come back from losing the NCAA Final one year to win the next since 1998. 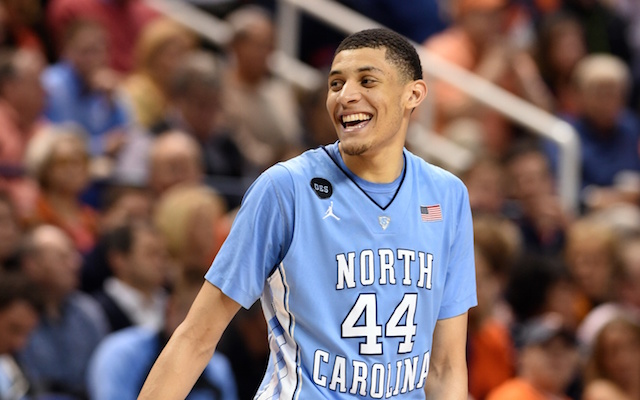 Speaking of long droughts, that NCAA championship trophy has not crossed the Rocky Mountains since 1997 when Arizona dealt Kentucky a loss in overtime. This year, however, four West Coast teams are among the favorites in the hunt for the title, led by 31-1 Gonzaga. Gonzaga has spent most of the last ten years being that plucky little underdog school with the funny name from a place nobody knows. But those days are over. The Bulldogs now regularly recruit blue-chip talent right along with the game’s elite schools. University of Washington transfer Nigel Williams-Goss is an All-American at point guard and Przemek Karnowski is among the nation’s top big men. The Gonzaga schedule is still not impressive (see Gonzaga’s 96-38 win over San Diego for proof) but there were wins over Arizona, Iowa State and Florida on its 2016-2107 resume. Early money at Pinnacle has the Bulldogs as third favorites at 9.360. 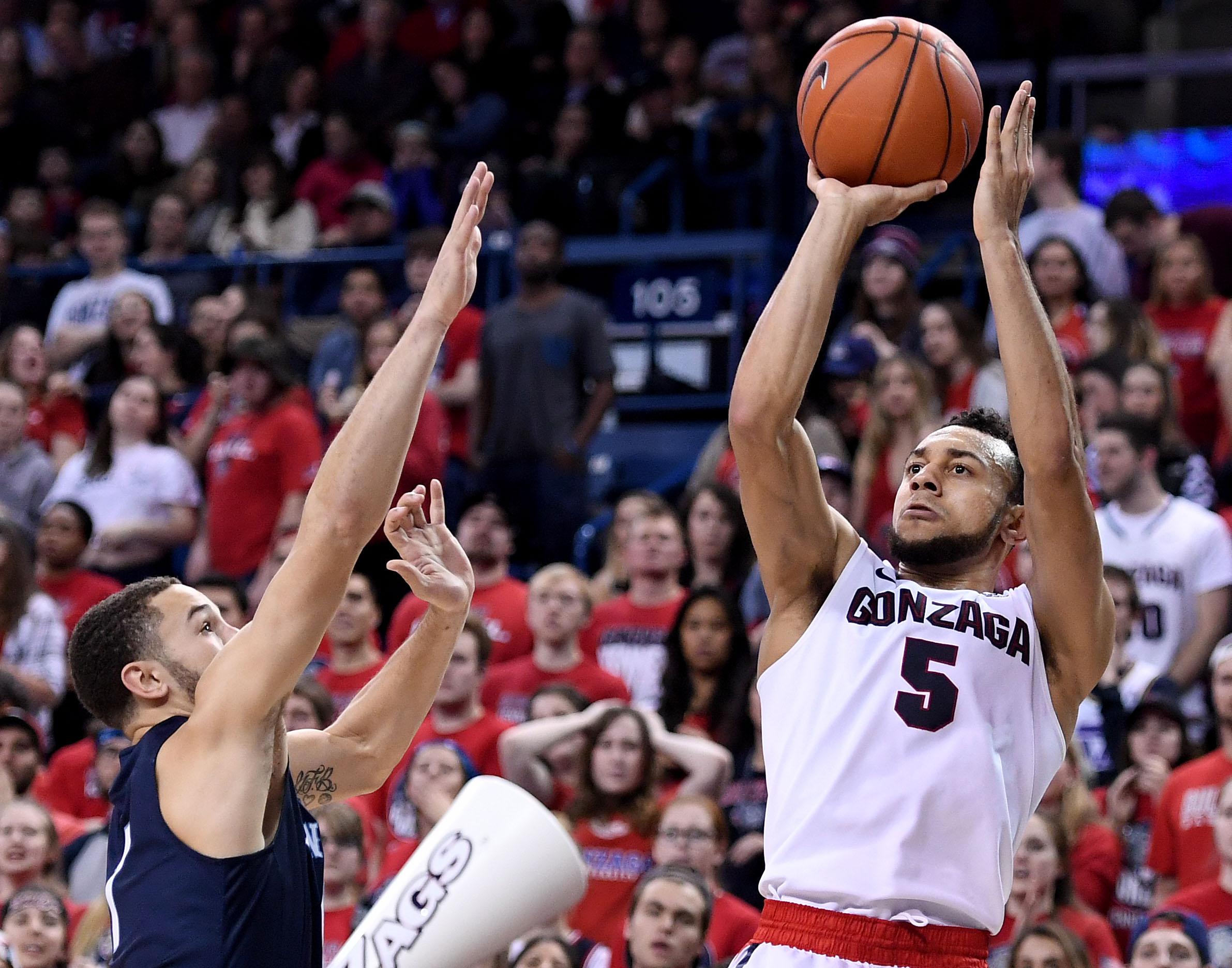 Other popular teams from the West include Arizona (9.870), UCLA (16.020) and Oregon (18.680). Arizona did not appear on many pre-season lists as a top team because no one had seen Finland’s Lauri Markkanen play yet. The 7-foot freshman averaged 15.6 points and 7.1 rebounds in his debut season – all while leading the Wildcats in 3-point attempts and accuracy behind the arc. Sophomore guard Alonzo Trier chips in 17.3 points per game as well to one of the college game’s most potent offenses. If Arizona makes it to the Final Four they will enjoy a home court advantage. 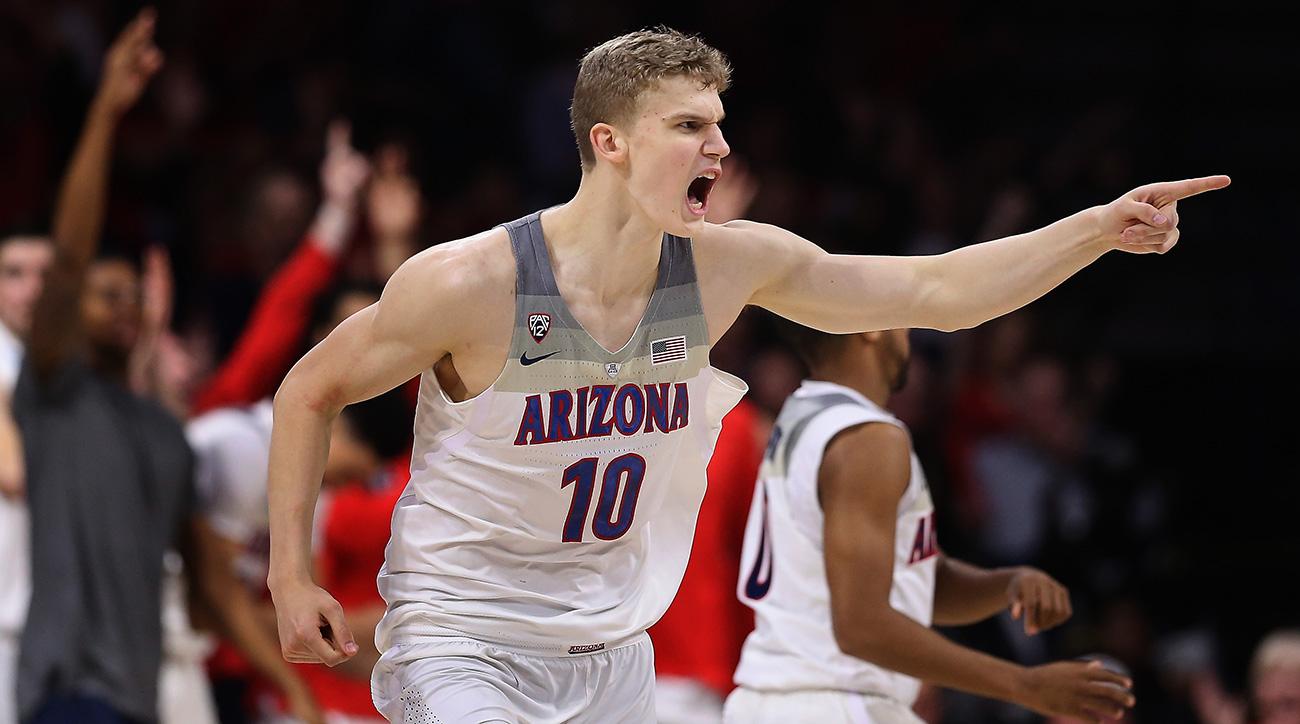 West Coast ball is known for offensive firepower and no team has been more explosive this year than UCLA, under the guidance of hometown freshman guard Lonzo Ball. Ball shoots over 70 percent from 2-point range and 41 percent from 3-point range. When he isn’t scoring he is dishing highlight passes to high-scoring teammates like Bryce Alford and Isaac Hamilton. 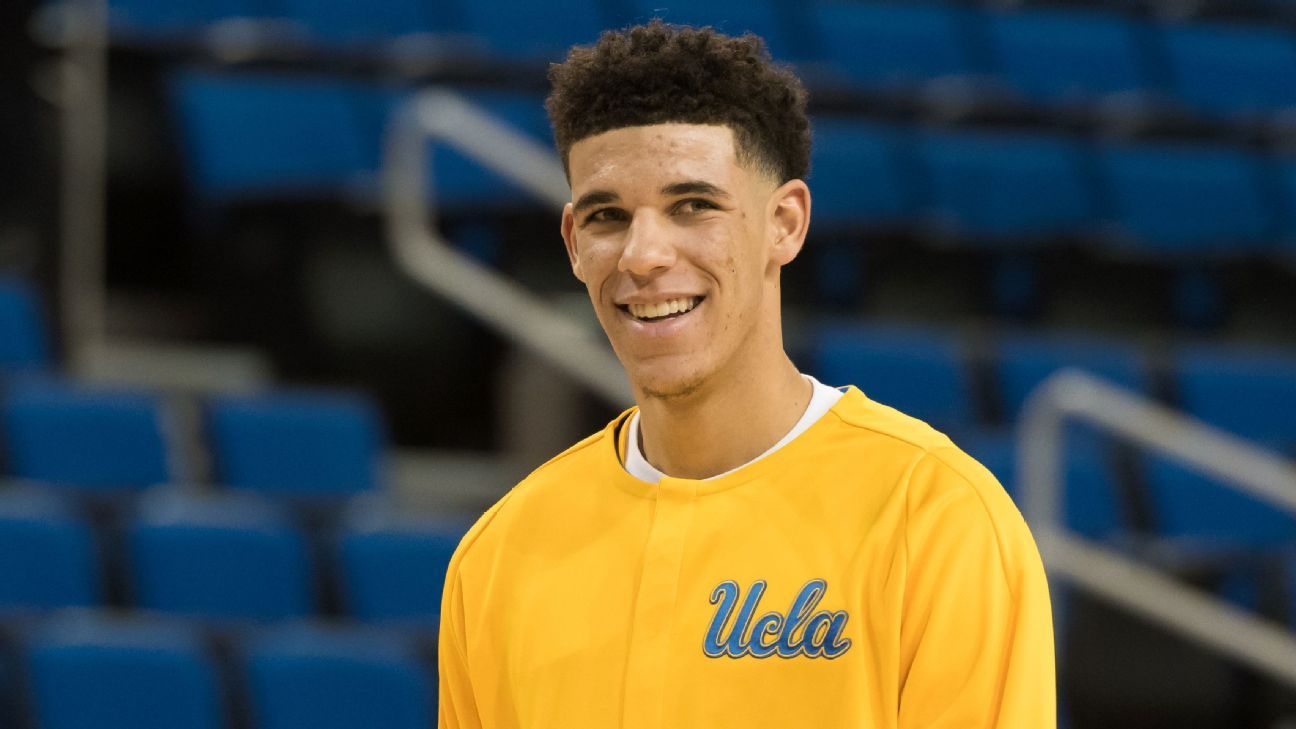 For most of the regular season Oregon was the best out West and regularly haunted the top of the weekly rankings. The Ducks, however, lost senior forward Chris Boucher who tore his ACL in the Pacific Coast League championships. Their title chances may have crumpled along with his knee. The rest of the Ducks, especially star guard Dillon Brooks, may be able to make up for Boucher’s scoring and rebounding production but with Boucher in the line-up Oregon blocked more shots than any other college team, triggering the team’s transition offense. His loss could be too much to overcome. 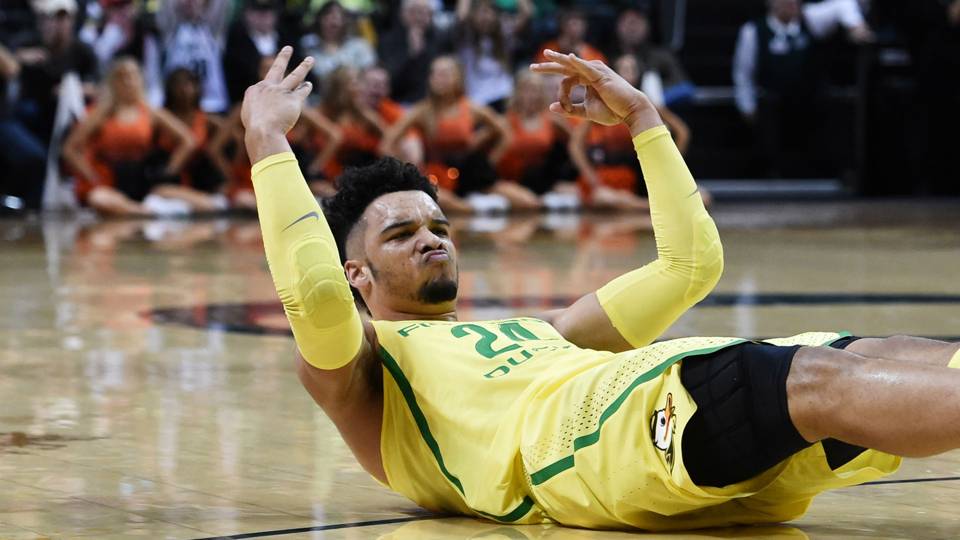 The tournament’s top seed is defending champion Villanova. For years the Wildcats, out of suburban Philadelphia, had a penchant for piling up 30-win seasons and disappearing early in the NCAA tournament. Last year Villanova swept that reputation away but even as Jay Wright’s bunch impressed the selection committee, winning both the Big East Conference regular season and the season-ending tournament, the bettors have been slow to get on board. Pinnacle has the tournament’s number one seed second on the odds table at 8.400. Villanova plays with interchangeable parts on the court and when all the gears mesh – as they often do – this is the best team in the country. And for those punters looking for a precedent, the last team to win back-to-back titles was also not a traditional college basketball power – Florida in 2006 and 2007. 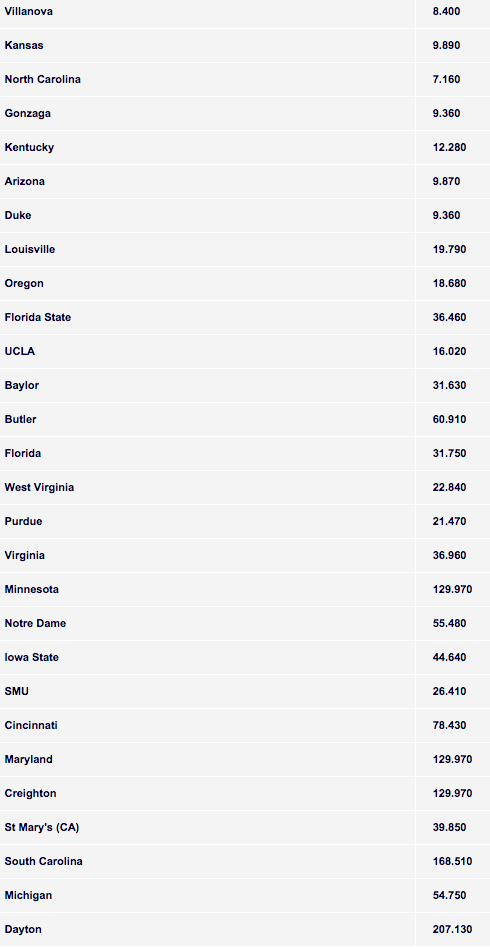 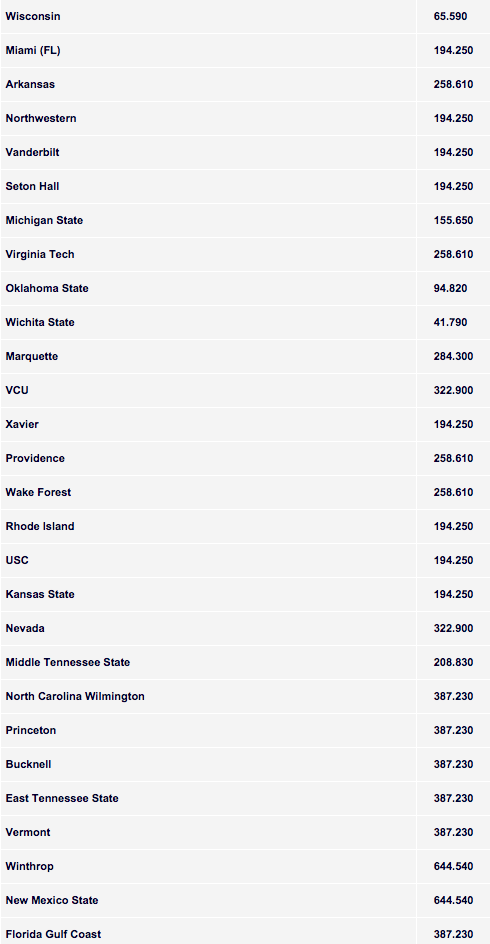 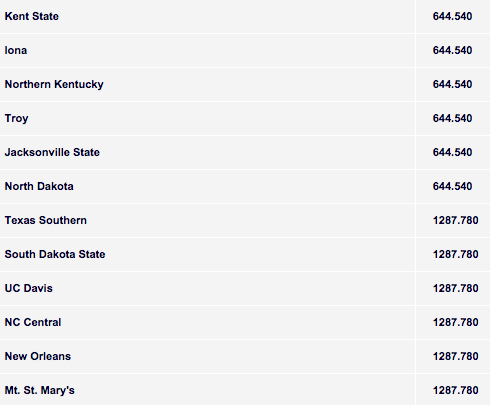 What to make of Duke? The Blue Devils were the consensus number one in preseason polls but the regular campaign was one long slog of injuries (even coach Mike Krzyzewski missed time with a back problem and had to watch several games from the sidelines with his five NCAA championship trophies) and dirty play accusations leveled against star player Grayson Allen. After an eight-loss season there was not much enthusiasm for Duke but the Blue Devils blitzed through the Atlantic Coast Conference championship, blowing past Louisville, North Carolina and Notre Dame en route to the title. If that is the real Duke team their odds of 9.360 will be a bargain. Duke, however, has been lumped into Villanova’s bracket as a number two seed. There is that path thing again. 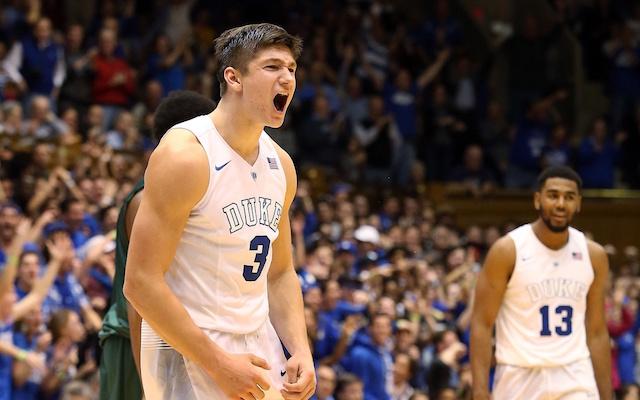 Things were different at fellow basketball blue blood Kansas. The Jayhawks won the Big 12 for the 13th straight season. Ho-hum. There were no unsettling storylines in Lawrence with Frank Mason and Josh Jackson at the controls. Number one seeded Kansas, currently at 9.890, is always a solid play and even when you fail to cash a ticket as a Jayhawk backer you never feel as if you have made an ill-conceived bet. 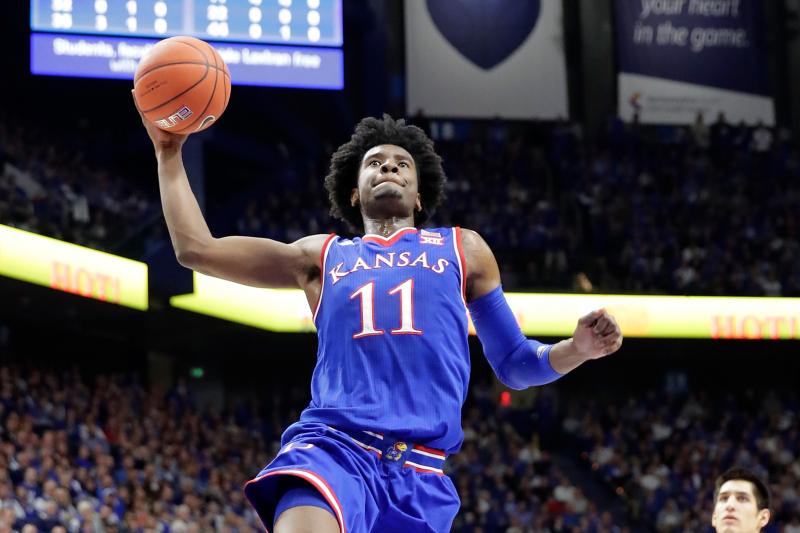 The state of Kentucky once again has its two top programs in contention. Both Kentucky (12.280) and Louisville (19.790) have earned number two seeds. Louisville has made it to the Sweet Sixteen every year this decade and claimed a championship as recently as 2013. Under coach Rick Pitino, the Cardinals trademark is defense which, as the saying goes, shows up every night. Louisville is once again ranked among the top ten teams in the country on the defensive end and bettors will have to decide if that warrants backing the team with the longest odds of any number one or number two seed in the tournament. 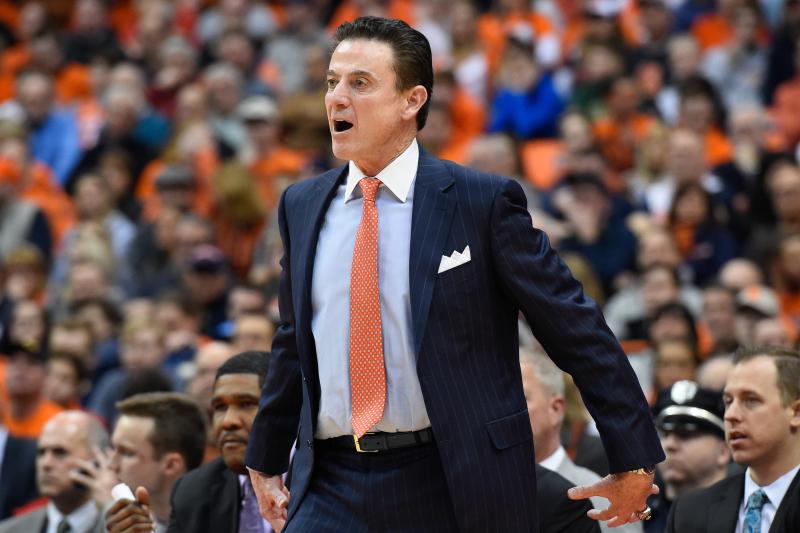 Anyone who has bet on NCAA March Madness during the John Calipari era at Kentucky knows the conundrum. No team in the tournament will have more talent and no team will be younger. The Wildcats always stock the best players ticketed for a quick pit stop before the NBA and if the current crop is gelling at tournament time Kentucky will have a strong chance to be the team cutting down nets at the end of play. It is no different for 2017 freshman stars De’Aaron Fox, Malik Monk and the rest. Tournament prodigies or not-ready-for-prime-time? It’s time to find out. 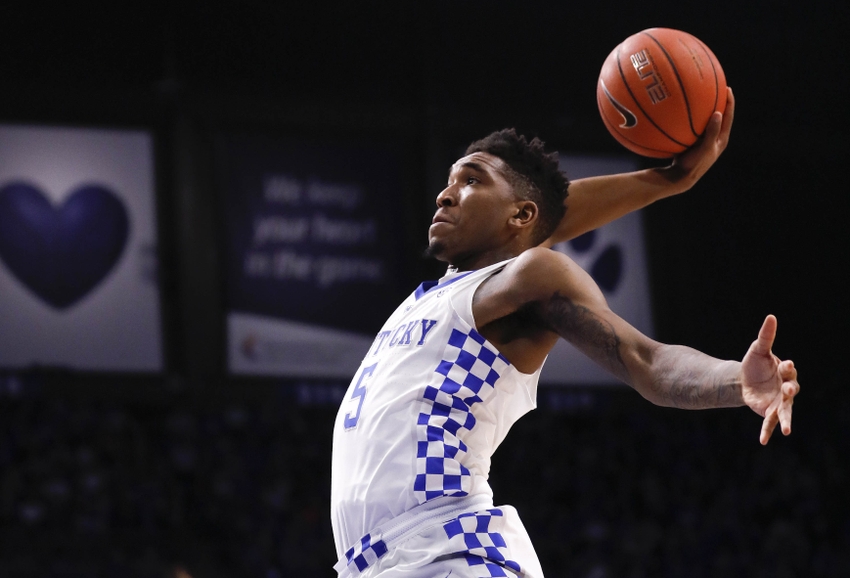 Both the Jazz and Grizzlies are fighting for playoff positioning. Who will come out on top? Bookmaker BetOnline has the latest odds for the NBA.
【bet365】Who’ll Ride to Victory in 2017? The IndyCar Series Season Odds Point to…
【bet365】Dubai World Cup Night 2017: Is the World’s Richest Race Arrogate’s to Lose?
Home
Basketball