Seven months ago only those deep inside the horse racing game knew the name Arrogate. These days any time there is a big purse race and with 10 million United States dollars at stake on the Meydan Racecourse making the Dubai World Cup the richest of them all, the four-year old colt shows up as a short-odds favorite. That is what happens when you roll off a string of victories in the Travers, Breeders’ Cup Classic, and Pegasus World Cup. 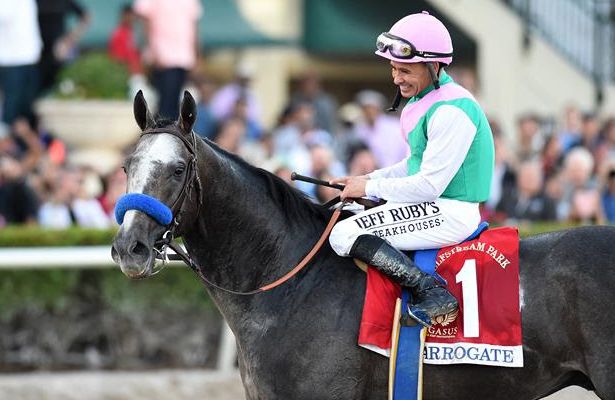 The Bob Baffert-trained phenomenon has only had seven lifetime starts, winning his last six. Despite racing in only three stakes races in his short career, the aforementioned trio, Arrogate is already the third richest North American horse in history. It is not just that the Juddmonte Farms entry wins, but how Arrogate performs. He outdueled California Chrome twice but that all-time champion has been the only horse to get within ten lengths of the dominating Arrogate. 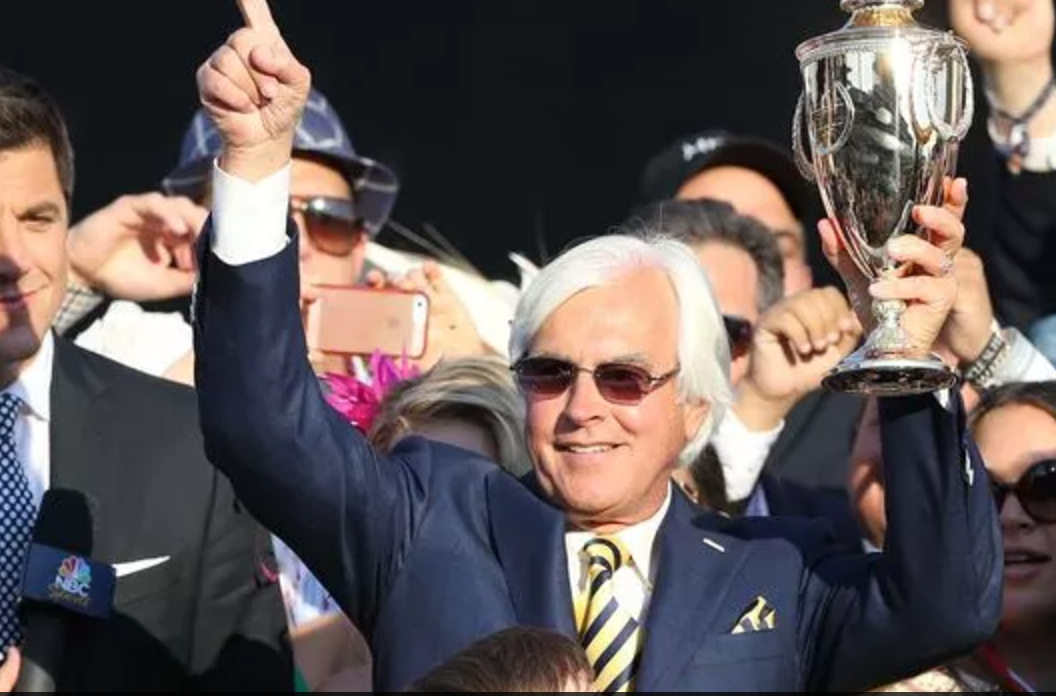 As the 10-furlong Dubai World Cup approaches there has been no drama in the Arrogate camp. Hall of Fame jockey, Mike Smith, who rode Arrogate’s daddy Unbridled Song to major stakes victories in the 1990s, is still in the saddle. Arrogate has drawn the comfortable #9 post position in the 14-horse field. As a result, sportsbook bet365 is sending Arrogate to the post as a skimpy 1/3 favorite.

With California Chrome retired, is there a horse ready to challenge the best dirt horse in the world? Drawing the most pre-race support is Gun Runner, another four-year old colt. Gun Runner has crossed paths with Arrogate once before, in last summer’s Travers Stakes at Saratoga. Gun Runner actually went off at lower odds than Arrogate but two minutes from the gate the Steve Asmussen-trained hopeful was still running fifteen lengths up the track when his rival crossed the finish line. 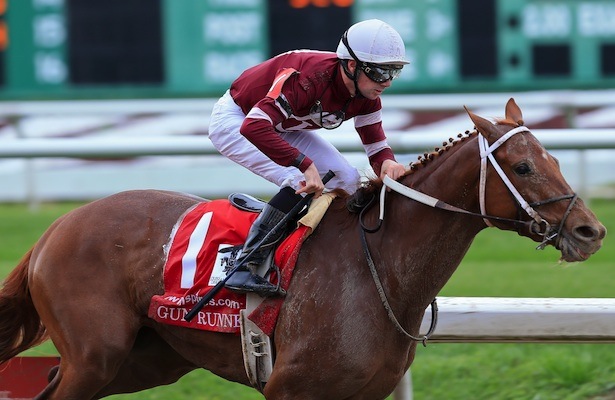 Since that August encounter, Gun Runner ran a strong second in the Breeders’ Cup Dirt Mile and captured stakes races in the Grade 1 Clark Handicap and the Grade 3 Razorback at Oaklawn Park in Arkansas. The Razorback was Gun Runner’s first outing as a four-year old and he toyed with the field to bring his lifetime total of stakes wins to five. French jockey Florent Geroux steers Gun Runner who will be stretching out to ten furlongs for only the third time in his career in Dubai – and none of those five wins came at this distance. Gun Runner is currently fetching 7/1 odds. 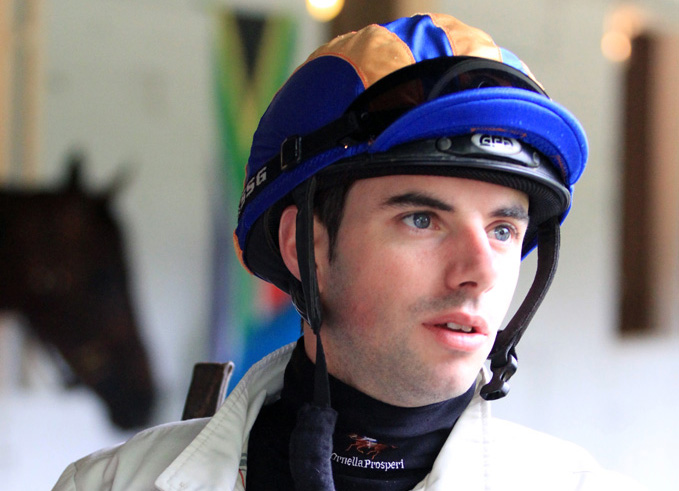 Mubtaahij is being given consideration as the third favorite in the Dubai World Cup at 8/1. The five-year old trained by Mike de Kock finished a strong second in this race last year to champion California Chrome and always delivers an honest effort. That effort, however, usually yields only place or show money. Win bettors have not cashed a ticket on Mubtaahij in over two years. 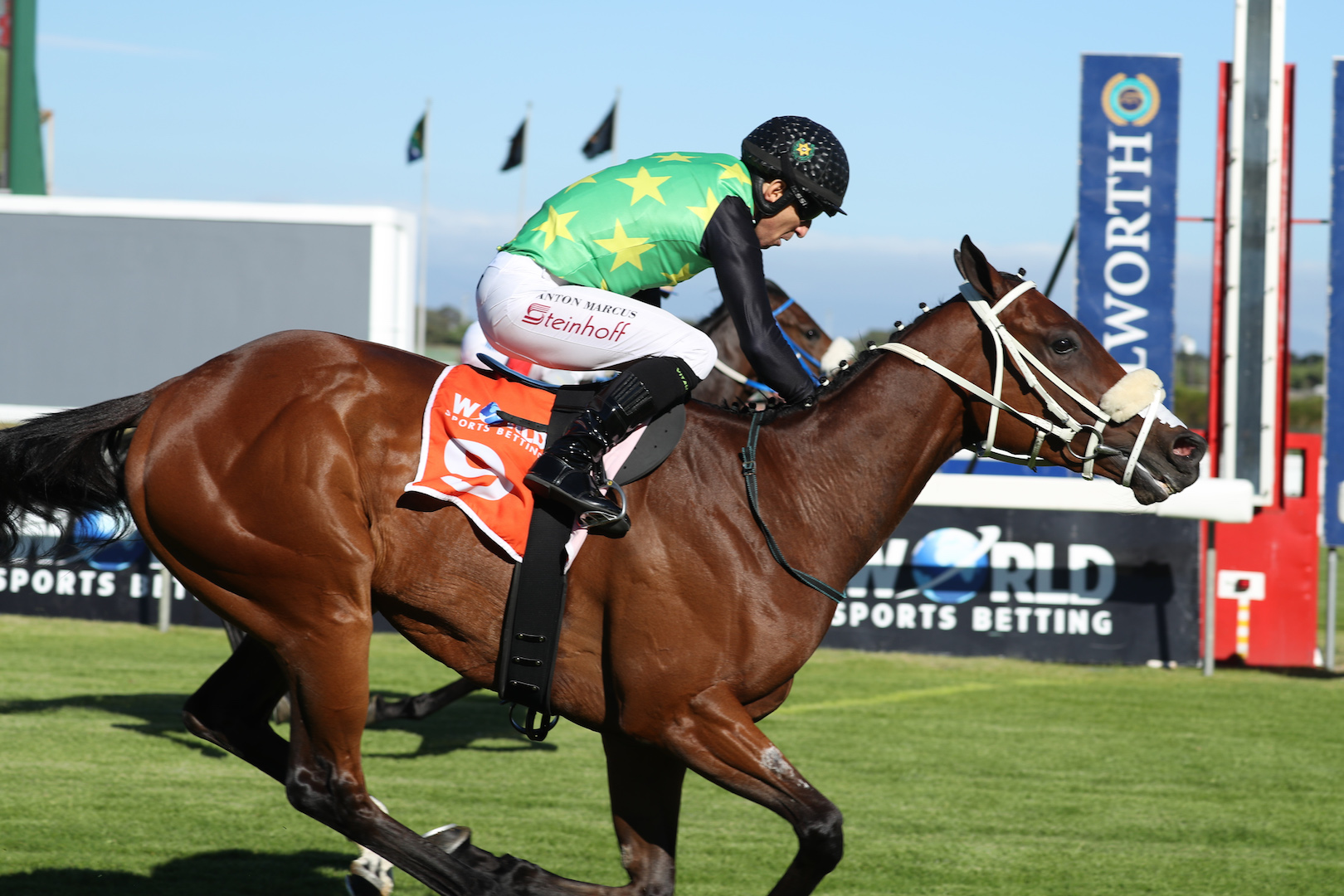 The American contingent in Dubai this year is particularly strong. In addition to Arrogate and Gun Runner, United States-trained horses include Hoppertunity (14/1), Neolithic (25/1) and Keen Ice (33/1). Hoppertunity chased both Chrome and Mubtaahij to the wire in this race last year and later in 2016 captured the Jockey Club Gold Cup at Belmont. Also trained by Baffert, Hoppertunity won the Grade 2 San Antonio Handicap at Santa Anita for the second straight year in February to kick off his six-year old campaign. One thing punters can count on from Hoppertunity is a chance to cash a ticket – the son of Any Given Sunday has never finished worst than fourth in 20 career starts. 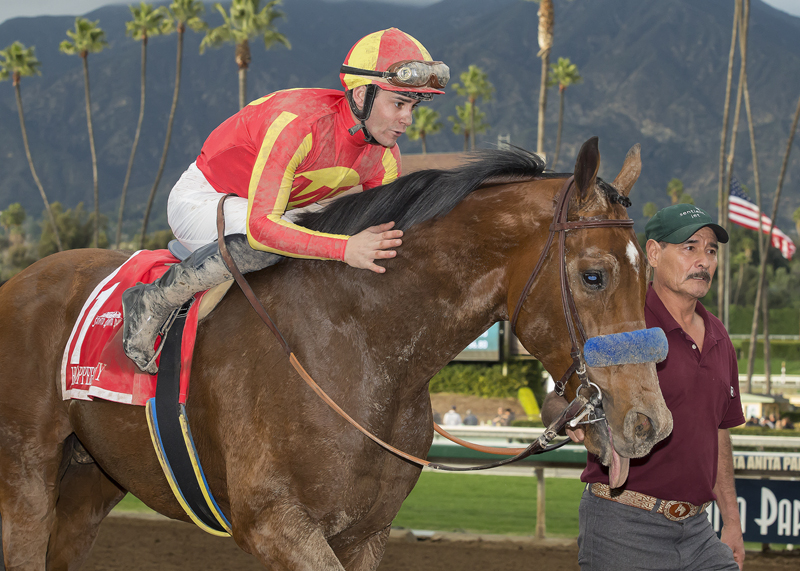 Trainer Todd Pletcher is kicking Neolithic into big-time racing in a big-time hurry as a four-year old. When last summer ended the Harlan’s Holiday progeny was still toiling in allowance races. But Neolithic finished second in the Grade 3 Discovery Handicap at Aqueduct in his first stakes outing in November and was last seen setting the pace ahead of Arrogate in the Pegasus World Cup before holding on for third place money. It would be asking a lot for Neolithic to win here but being part of an American sweep is a real possibility. 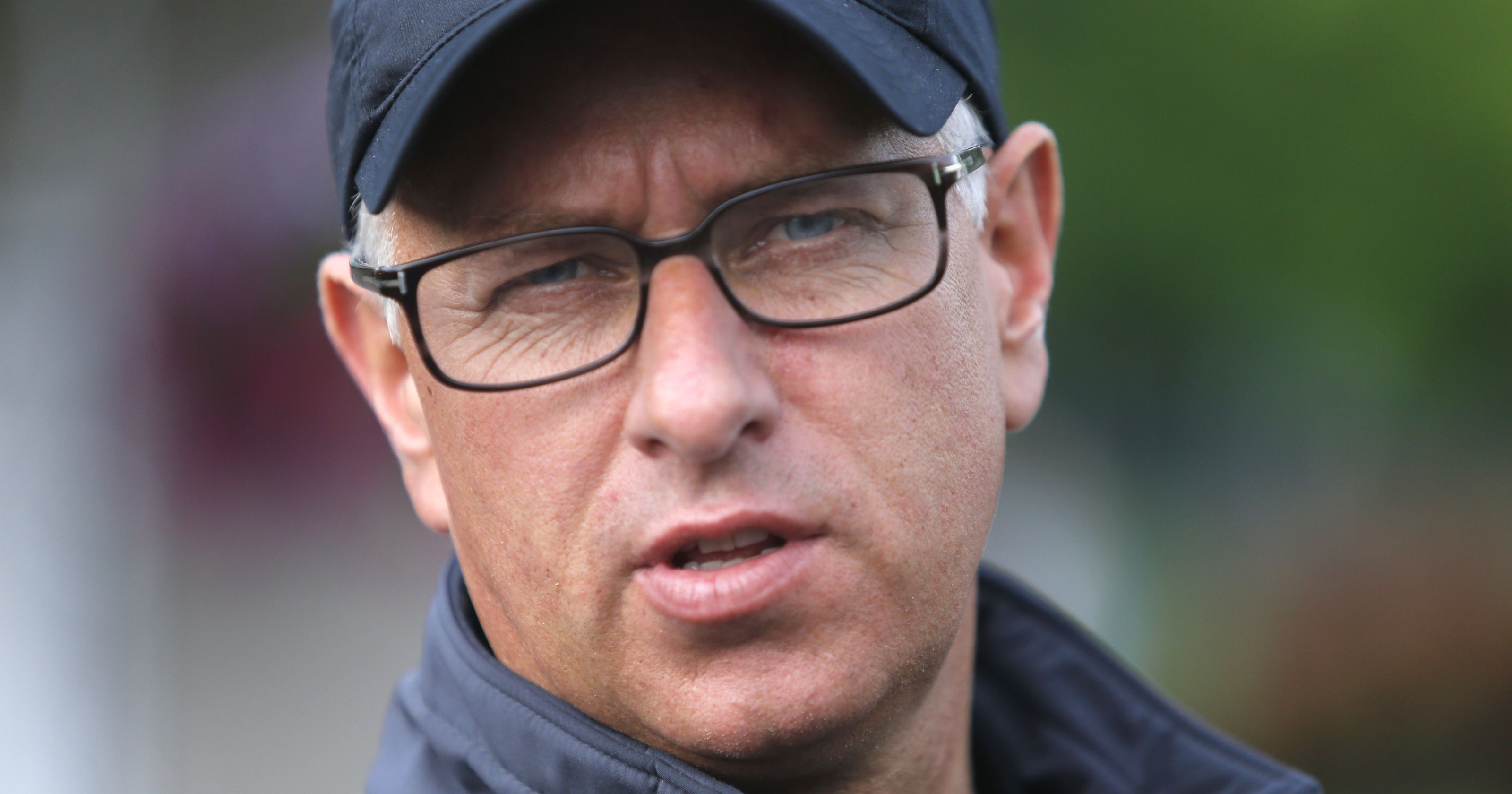 Keen Ice is another veteran of Meydan racing, having spent last winter in Dubai and running eighth in the 2016 Dubai World Cup. Keen Ice remains atop of handicappers’ minds as the surprise vanquisher of Triple Crown winner American Pharoah in the 2015 Travers Stakes but the five-year old son of Curlin has not returned to the winner’s circle since. Keen Ice, however, has been a regular in this level of company and is recording some of his best finishes of late, including a third place in the Breeders’ Cup Classic and a fourth in the Pegasus World Cup. 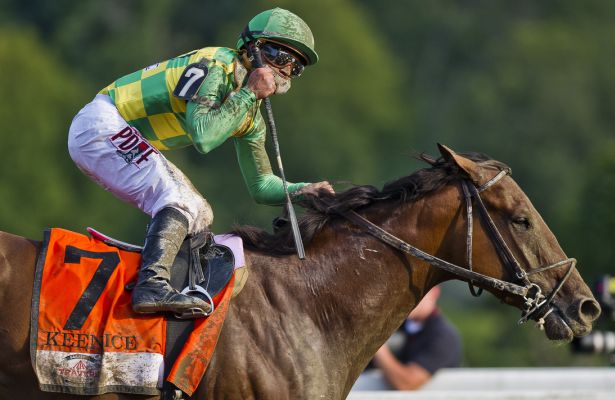 The Godolphin stable of Dubai World Cup host bin Rashid Al Maktoum, Prime Minister of the United Arab Emirates, is lightly represented this year. Move Up, a four-year old colt trained by Saeed bin Suroor will attempt to become the eighth Cup winner to carry Godolphin silks. Move Up had a pair of minor stakes scores in England and Turkey as a three-year old but ran a tepid fourth in the Al Maktoum Challenge over the Meydan track earlier this month. The hometown horse is currently going off at 40/1. Special Fighter, who ran second in that prep race, is also offered at 40/1. 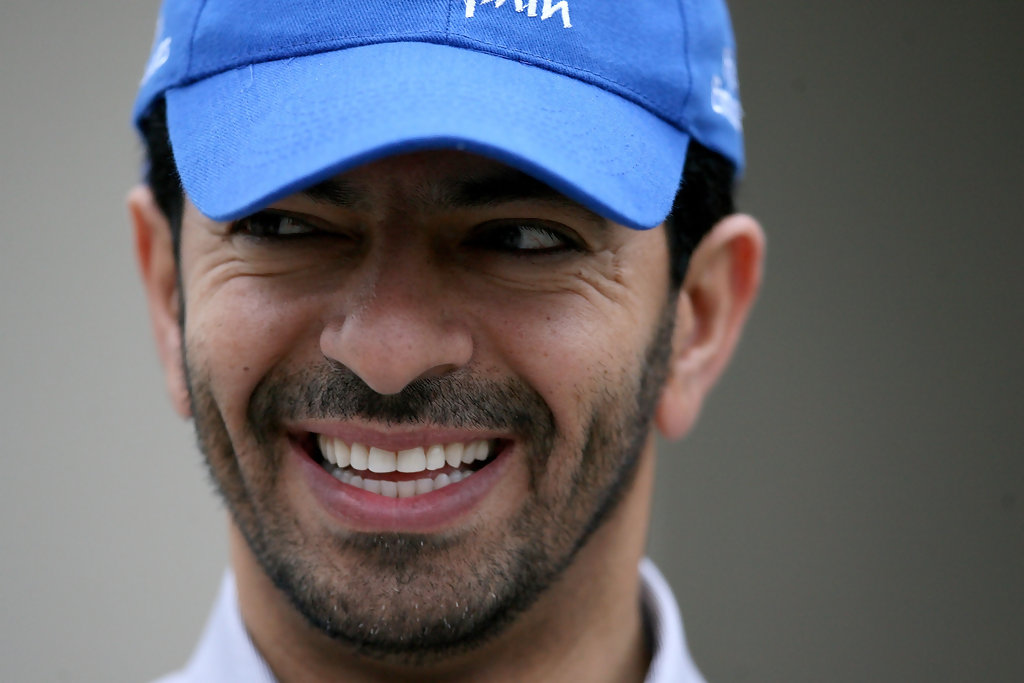 Japan is always active in the chase for the world’s richest purse and the country has four entrants this time: Lani, Apollo Kentucky, Awardee, and Gold Dream. All are long shots at 40/1 and higher. The most intriguing for bettors may be the longest of all, Lani at 66/1. The four-year old competed in all the Triple Crown races last year, improving each time to cash third-place money in the Belmont Stakes. Recent form for the son of Tapit has been discouraging though, including an up-the-track sixth place finish in the Al Maktoum Challenge. But if bettors relied only on recent performance there would be no reason to bet on any horse in the Dubai World Cup other than Arrogate. 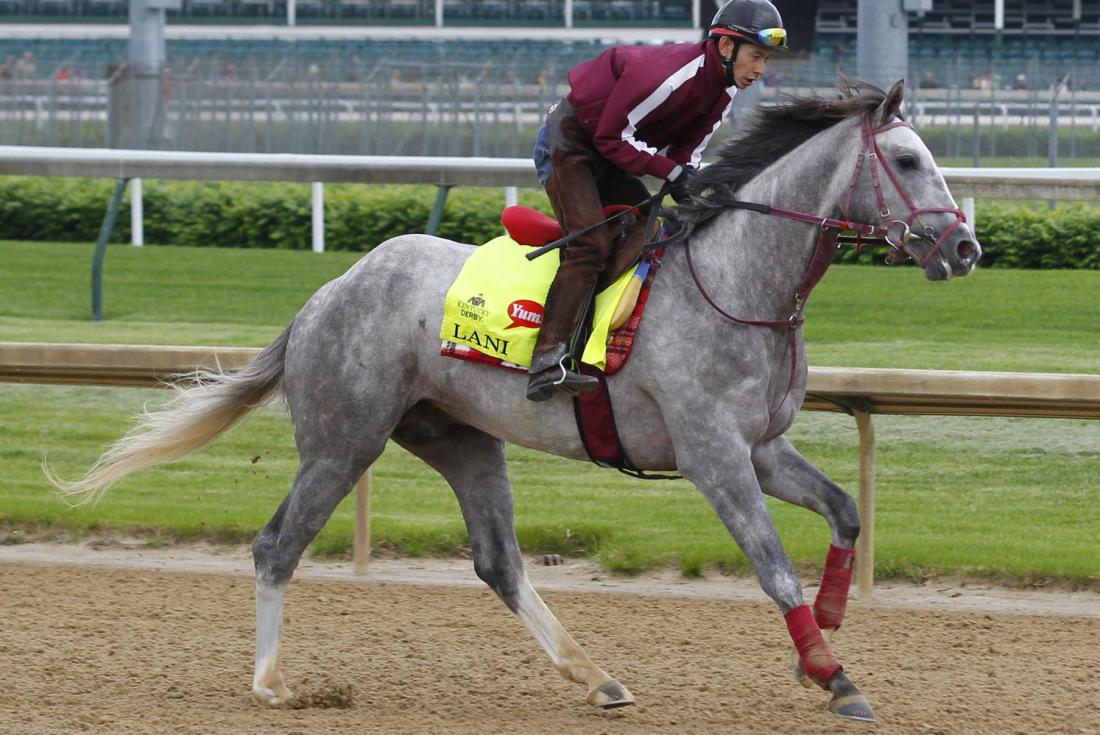 Bookies bet365 & Ladbrokes provide insight on those favoured at Australia’s pinnacle horse racing events. Will it really come down to Winx vs. Hartnell in the Cox Plate?
【Pinnacle】March Madness 2017: Who’ll Be Dancing Their Way to Phoenix?
【bet365】Can Lewis Hamilton Re-Take the Throne in 2017? The Season Starts “Down Under”!
Home
Horse Racing