With so many basketball players opting out of the FIBA World Cup, many wonder how USA will fare at the tournament. The number one ranked country entering the tournament, USA is not guaranteed to leave victorious.

Every World Cup we see American stars opt out of the tournament, which opens the door for other countries to swoop in and take home the championship. Despite superstars not representing their country, USA will look to win three straight Gold Medals.

Online bookmaker SportsBetting has USA at -240 to win the FIBA World Cup. 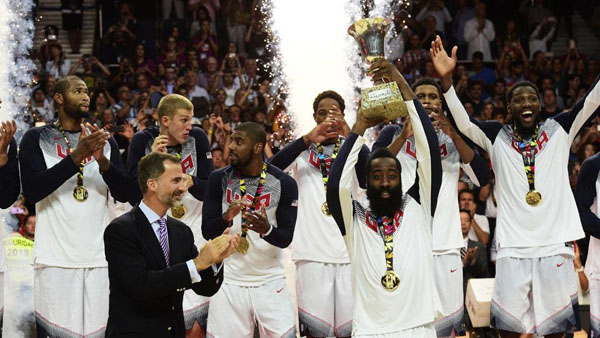 Entering the tournament, USA is in Group E with the likes of Turkey, Czech Republic and Japan. Of the Americans’ Group E opponents, Turkey is the highest-ranked opponent at 17th, followed by Czech Republic at 24th and Japan at 48th.

Spain doesn’t have much NBA talent on their roster, with most of their squad being picked from Clubs in Spain. Still, many believe that Spain could potentially win the tournament but there are more challenging teams in the World Cup.

Serbia is listed by SportsBetting as having the second-best odds in the tournament at +350. With Bogdan Bogdanovic and Milos Teodosic leading the way for Serbia, the country has not won the FIBA world cup since 2002 under Yugoslavia. Serbia finished second in the tournament in 2014 behind the United States.

Lastly, Greece rounds out the top four teams entering the 2019 World Cup. Greece has been a contender on the World stage for many years. At +1400, they have much to climb to capture Gold. Of course, Greece has the likes of Giannis Antetokounmpo on their side, as well as his brother Thanasis.

Despite stars declining the invitation left right and center, can the US walk away with Gold or will they fall short in 2019?

The Lakers enter the series as the favorites. Can Miami knock down the giants of the West? Bookmaker 10Bet has the latest odds for the NBA.

The Bucks are a top team, but the Celtics have something to prove. Bookmaker William Hill has the latest odds for the NBA.

Virginia opens their season hoping to defend their national championship, while Syracuse hopes to flex their muscles. Online bookmaker SportsBetting has the latest odds for College Basketball.

There is expected to be a position change in New York next season. Who will takeover the Knicks as Head Coach? Bookmaker BetOnline has the latest odds for the NBA.
Will the Clippers Reach the Over in Wins This Season?
Daniel Cormier Defends his Title Against Stipe Miocic at UFC 241
Home
Basketball