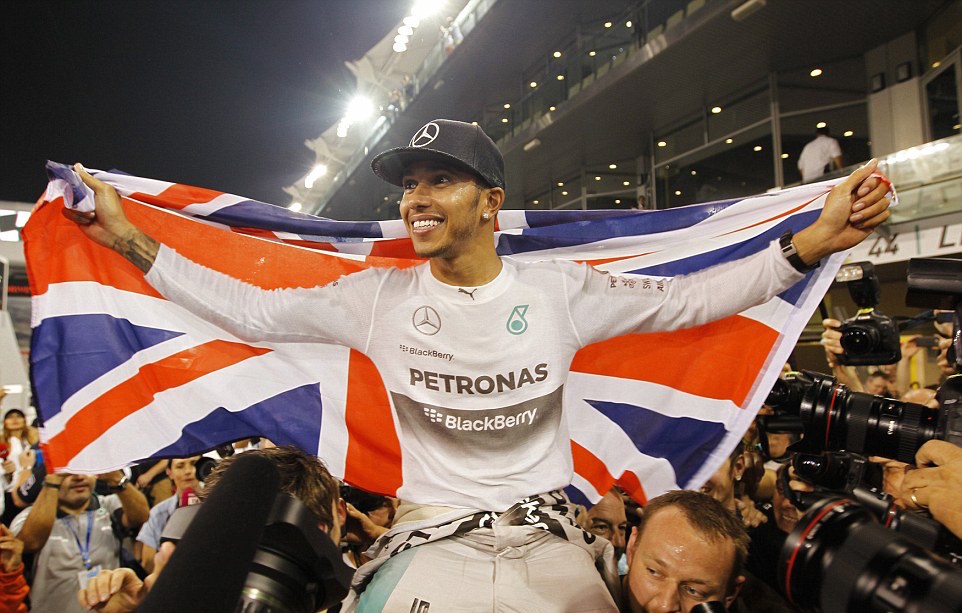 The 2015 Formula 1 season starts on the 15th of March with the Australian Grand Prix and excitement is building for what has the makings of being an incredible season of F1 racing. This will be the 66th season of the Formula 1 Championship with 20 races scheduled to be held beginning this weekend and concluding in November.

As it stands there will be nine teams competing with a total of 18 drivers. This is down from the 2014 season due to the troubles at Caterham and Marussia. The 2014 points system remains in effect with the winning driver receiving 25 points, second place 18 points and third place 15 points. There are points available to be won all the way down to the tenth place car with those drivers picking up a respectable 1 point. Changed from 2014 is the regulation of double points awarded for the final race of the season. And as for the defending champion, England’s own Lewis Hamilton, he will once again be behind the wheel for Mercedes to try and repeat the success he achieved in 2014.

The majority of the regulations surrounding the races have remained the same for the 2015 season but there have been some changes to both the calendar and the grid. The 2014 Mercedes team consisting of Lewis Hamilton and Nico Rosberg remains the same while Red Bull’s Daniel Ricciardo is joined by newcomer Daniil Kvyat. Four-time Formula 1 champion, Sebastian Vettel, has left Red Bull to join forces with Kimi Raikkonen at Ferrari while Fernando Alonso moved back to McLaren to race alongside Jenson Button. As for Toro Rosso, they will have a very inexperienced line-up with Max Verstappen, the son of former Formula 1 driver Jos Verstappen and also the youngest driver on the grid, suiting up for them. 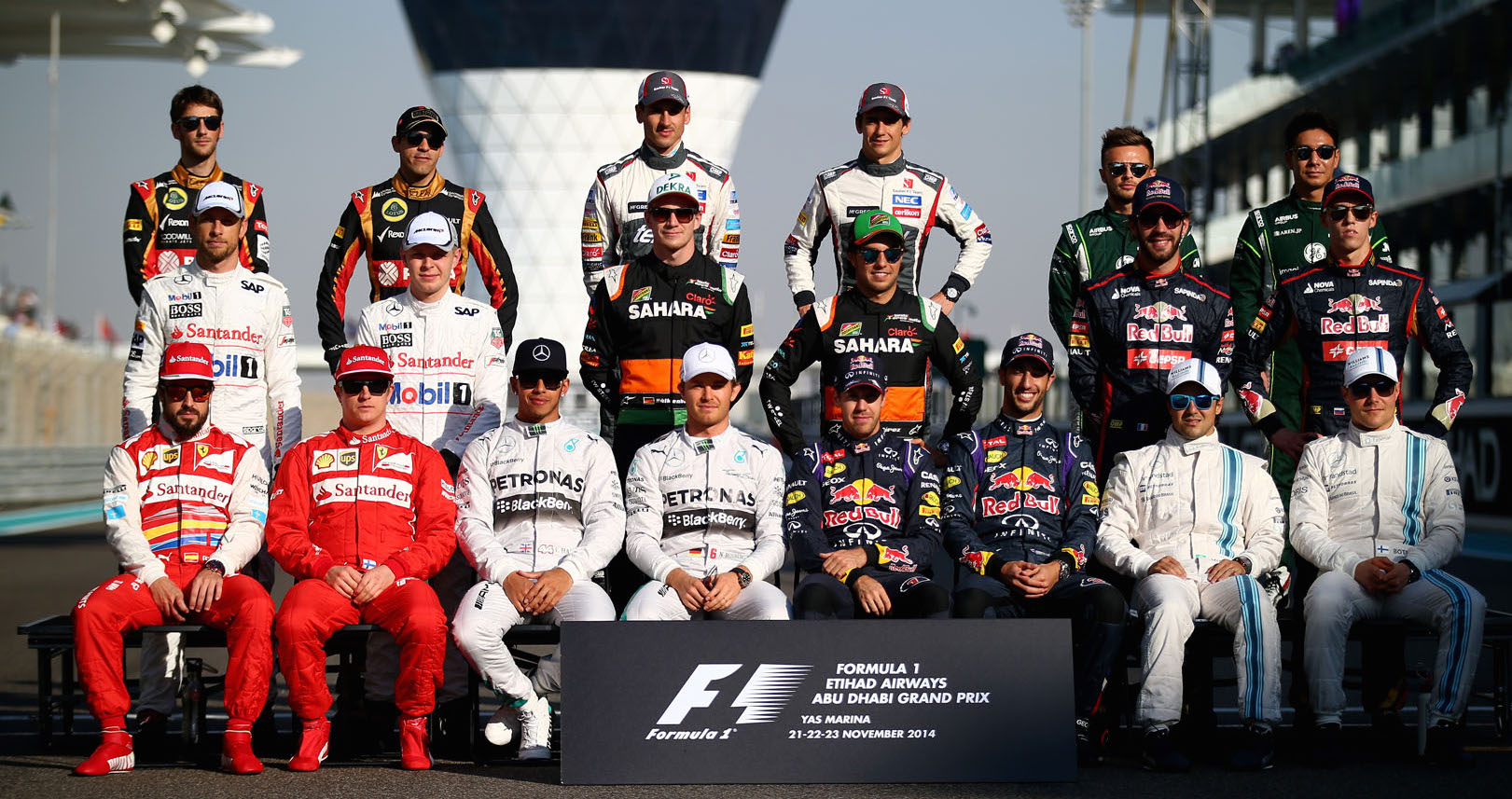 The Australian Grand Prix gets the Formula 1 season started on the 15th of March at Melbourne as it has done for every season since 2010. Mercedes driver Nico Rosberg won on the Albert Park Circuit in 2014 and will be aiming for another good start in 2015 in an attempt to de-throne Lewis Hamilton from the top of Formula 1. Hamilton has not won in Australia for six years and will want to put down an early statement of intent by claiming his first Australian Grand Prix victory since 2008. The bookmakers have the defending champion out as the clear favorite but he might not have things all his own way this weekend.

Jenson Button, driving for McLaren again in 2015, has won the Australian Grand Prix three times out of the last six races and clearly knows his way around the track in Melbourne. In addition, the British driver remains philosophical of his and his team’s chances in 2015. McLaren is showing signs of improvement but whether these will come to fruition in time for the Australian Grand Prix remains doubtful as does a fourth victory in Melbourne for Button. 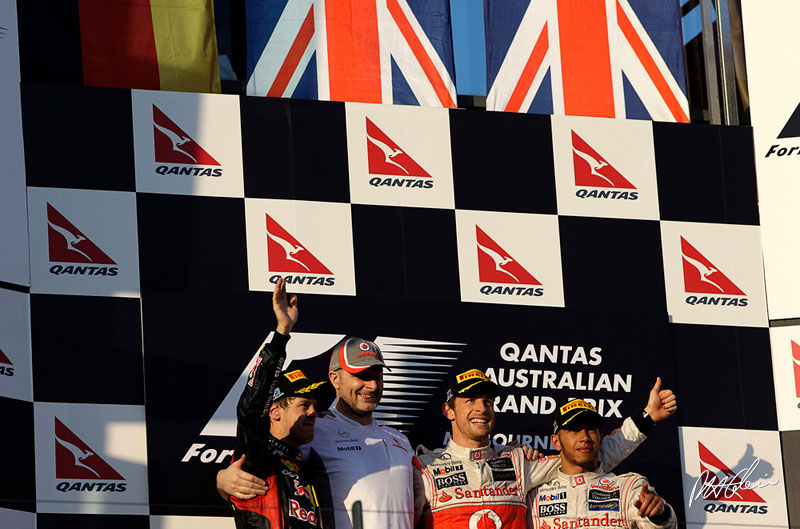 What will be interesting for the Australian Grand Prix and the season in general is the battle between McLaren teammates Jenson Button and Fernando Alonso. The Spaniard finished above his British counterpart when driving for Ferrari in 2015 and there has been plenty of talk from Alonso especially about how the pair needs to work together in order to get McLaren challenging for podium places this year. Neither driver registered a victory in 2014 with both claiming just one podium finish between them, Button’s coming at the Australian Grand Prix. Due to an accident in testing, Alonso will be missing from the grid at the 2015 Australian Grand Prix. Even though this result was unfortunate, the Spaniard is still favored to come out on top during the course of the season.

An interesting factor for 2015 could be the re-emergence of Williams. The car has continued to be developed and they look like a team that is going in the right direction but will they be faster than they were in 2014? Valtteri Bottas performed well last year and they have kept the Finnish driver along with the experienced Felippe Massa. Both drivers could pick up plenty of points and podium finishes throughout the course of the season but challenging for the drivers and constructors championship could still be out of reach.

Another team that could push Mercedes and their drivers all the way to the brink is Red Bull. Daniel Ricciardo impressed everyone during the 2014 season and will link up with young Russian driver Daniil Kvyat. Replacing the outgoing Sebastian Vettel is a big task for Kvyat but he has performed well during qualifying. Whether this can be transformed in to points on race-day is another matter for discussion however. As for Ricciardo, he will want to get the season off to a strong start in Australia and at least finish on the podium. At 2.28 with「SBOBET」, Ricciardo is actually priced to finish behind Sebastian Vettel (1.60) in Australia who will be racing for the first time with Ferrari. 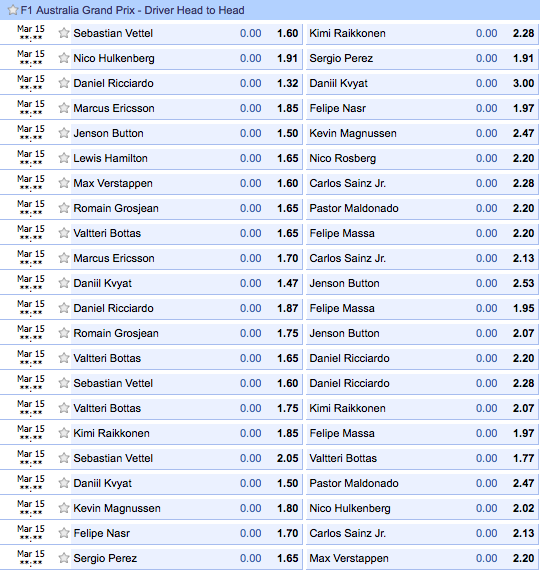 Ferrari manager, Maurizio Arrivabene, has already come out and stated that two or three wins is the team’s main objective for the 2015 Formula 1 season. Despite this being a realistic aim, it does not instill much confidence in terms of challenging at the top and it appears as though this season could be another turbulent year for them. Getting a podium finish early in the season could be vital to the progress the team makes throughout the year but it is difficult to see the team finishing above fourth in the 2015 constructors championship. That being said, the dual between Sebastian Vettel and Kimi Raikkonen could be one of the highlights of the season with Vettel a 1.42 favorite to come out on top.

With the 2015 Formula 1 season and the Australian Grand Prix almost upon us, it is difficult to look beyond the two Mercedes drivers for both the race and the overall championship. The results in testing suggest that it could be a two horse race between Lewis Hamilton and Nico Rosberg for the championship and the bookmakers agree. 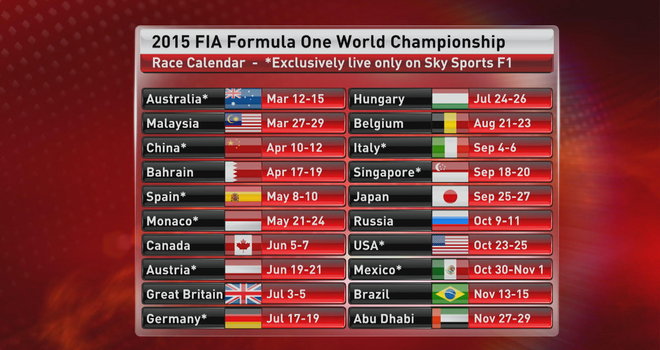 If there is to be a challenge from elsewhere, it could come from Williams especially early on in the season. Both Valtteri Bottas and Felipe Massa ended 2014 strongly and could pose a threat to the Mercedes drivers in Australia. Do not be surprised to see a similar podium finish in Australia to that of the 2014 season ending race in Abu Dhabi with both Massa and Bottas in contention along with Hamilton and Rosberg.

Even with that being noted, it would take a supreme effort for the Williams drivers to maintain their composure and challenge Mercedes race-after-race throughout the year. It is also highly possible that Ferrari could come on strong as the season develops to throw a wrench into the whole equation. But when it is all said and done, it seems unlikely that either of these teams will be able to maintain a consistent challenge to Mercedes through the duration of the long season, which will give Lewis Hamilton and his team yet another season ending triumph to claim both the drivers and constructors championship accolades.

Will this prediction come true come November? The rubber of F1 hits the pavement starting this weekend Down-Under! 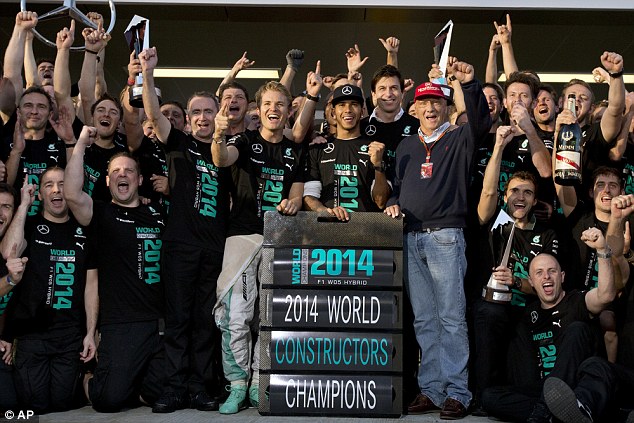 【William Hill】Can Lewis Hamilton & Mercedes Three-Peat in 2016? The Road Starts “Down Under”!

British bookie bet365 reveals the odds for this F1 season’s Constructors & Drivers Championship! Will Mercedes own the track once more?

Bookies Dafabet & bet-at-home.com shed light on who's favorited to take the checkered flag in Abu Dhabi and the overall Drivers' Championship!
【188BET】Who will be the King of Asia? The 2015 AFC Champions League is in Full Force!
【Pinnacle Sports】2015 March Madness: Are You Ready to Dance?
Home
F1