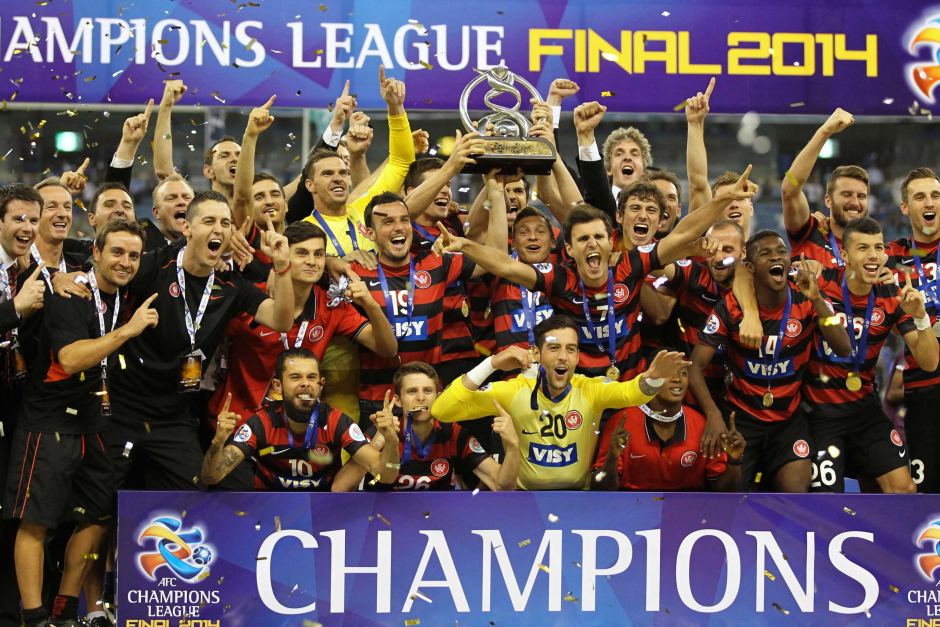 Cliché has it that football is the only love that never ends. These words could be true as talk of the Asian Champions League tournament had already started even before the end of the recently held AFC Asian Cup. Not to mention most of the best leagues in the world like Barclays Premier League, La Liga and Bundesliga are set to reach their homestretch towards the end of March.

Before we embark on a thorough analysis of this year’s tournament, let us first take a trip down memory lane so as to familiarize ourselves with how the infamous Asian Champions League came to be.

• The AFC Champions League otherwise referred to as the Asian Champions League is organized by the Asian Football Confederation (AFC), the same body that manages the AFC Asian Cup.
• It is the equivalence of Copa Libertadores in South America and the UEFA Champions League in Europe.
• It was first known as the Asian Champion Club Tournament when it was established in 1967. The governing body however abolished the tournament between 1971 and 1985 citing lack of professionalism and interest.
• The tournament was however rejuvenated in 1985 and renamed as the AFC Champions League, which still stands to this date.
• A total of 32 clubs from the best leagues in Asia compete in the group stages with only 16 teams making it to the knock out stages of the competition.
• Just like in the UEFA Champions League, the best teams from the highly rated national leagues receive automatic qualification berths while clubs from other eligible nations can qualify by winning their respective playoffs.
• The winner of the AFC Champions League represents Asia in the annually held FIFA Club World Cup.
• The most successful club in the competition has been the Pohang Steelers of South Korea with three titles, having won it in 1997, 1998 and 2009.

The competition kicked off on 4th February and will end on 21st November this year. Of the 32 teams that will take part in the competition, 24 teams from the major Leagues were granted automatic berths while a host of teams competed in playoffs to determine the remaining 8 teams to qualify for the group stages.

As for who will reign supreme to be crowned the king of Asian club football, let’s look at the early lines. 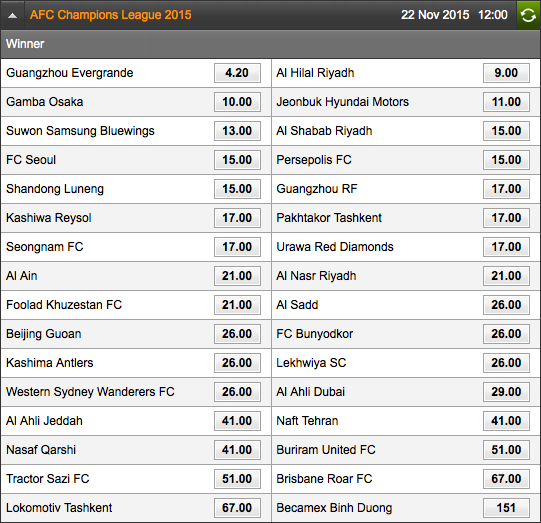 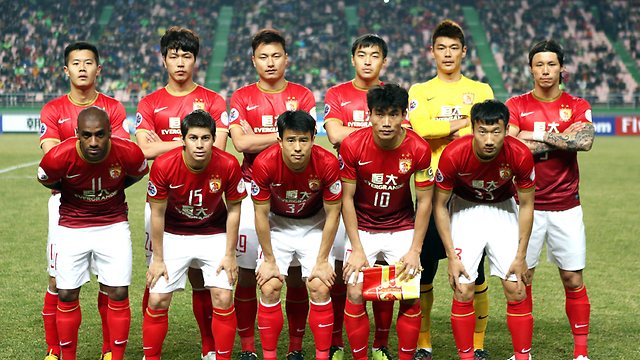 For a club ridiculed with match fixing scandals and receiving sanctions aplenty with the most recent being in 2010,「188BET」has Guangzhou as the team to beat and lift the much coveted trophy come November 21st coming in with odds at 4.20. Considered as the Manchester City of Chinese football, the club rose back to prominence in 2010 after it was purchased by Evergrande Real Estate Group. Pumping significant funds into the team with the acquisition of star names like Sun Xiang and Fabio Cannavaro (manager), the investment has paid dividends as they won the League title in 2011 and the AFC Champions League two years later. Safe to say, the oddsmakers are making a strong case for the Chinese club to come out on top once again. 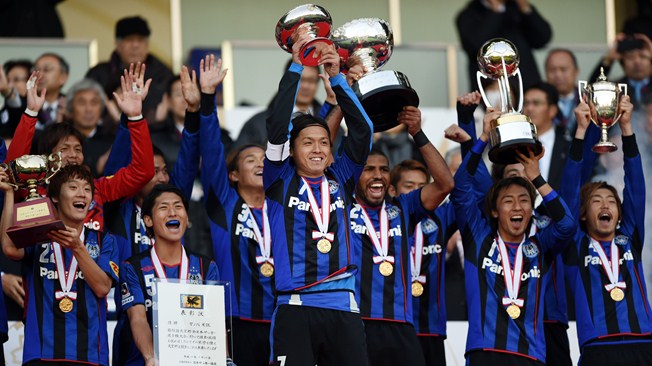 Formerly known as Matsushita Electric Industrial Co., Ltd, Gamba Osaka, a team that won the Japanese domestic double of the J. League Cup and the Emperor’s Cup last season, will certainly give Guangzhou a run for their money and is listed to take it all at 10.00. Despite not qualifying past the group stage since 2012,「188BET」suggests that Gamba Osaka will be contending for the AFC Champions League title this season. The Osaka based club last won the title in 2008 and should they fail to realize their goal of being crowned Champions of Asia, expect them to at least finish as runners up in the finals. 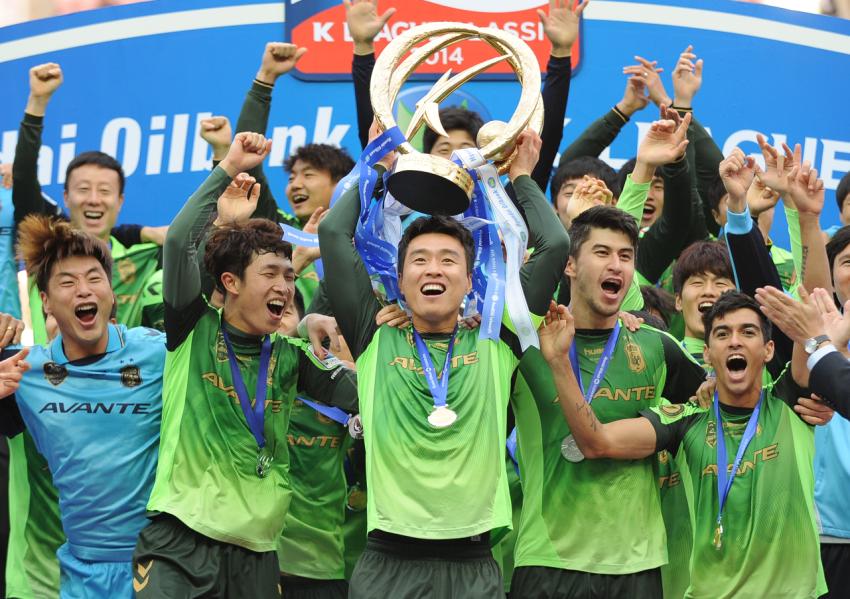 Formed a little more than two decades ago, the Green Warriors are not the kind of team that shies away from making history. For instance, in 2006 Jeonbuk Hyundai Motors became the first team in the world to be crowned continental champions without ever winning their own domestic league; a fate that has never been achieved by any other team to date. Having qualified for the continental showdown by winning the Korean League last season, 188BET’s linesmakers have Choi Kang-Hee’s side among the teams favored to win this year’s AFC Champions League and have them priced at 11.00. Although they could bow out in the semi-finals due to the stiff competition in this year’s version of the continental showdown, expect Jeonbuk Hyundai Motors to make some noise once there’s action on the pitch. 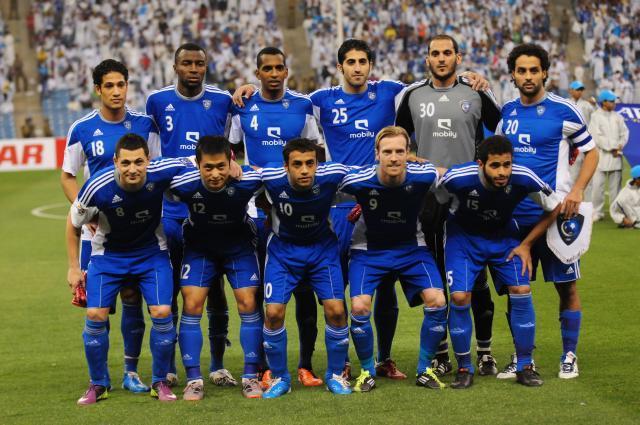 With over 55 official championships, the Blue Waves are ranked by the International Federation of Football History and Statistics (IFFHS) as the Asian Club of the 20th Century. The Saudi club will be seeking retribution after losing by a solitary goal to the Western Sydney Wanderers in the final of last year’s edition, which was played across two legs with each team playing home and away. The Wanderers won the first leg in Australia courtesy of “Man of the Match” Tomi Juric finding the back of the net. His goal proved its vitality in the second leg, which ended in a scoreless draw, thereby crowning the Sydney club as the new Kings of Asia. Needless to say the loss was a hard pill to swallow for Al-Hilal and revenge for sure is on their minds. Chances are highly likely with Al Hilal listed with odds to win it all this time around at 9.00.

Looking forward towards the finish line come November, I would say without batting an eye that Guangzhou Evergrande is the best team on paper in this year’s tourney. They have some of the best players of the tournament in Elkeson and Gao Lin. Furthermore, their head coach is the man, the myth and the legend Fabio Cannavaro. He is the same talisman skipper who led the Azzurri to clinch the 2006 FIFA World Cup on German soil. However with Gamba Osaka and Jeonbuk Hyundai Motors playing top-notch football of late, we could be in for a few surprises along the way in what is expected to be a tournament for the history books.

As exciting as predicting the possible match-ups come November is, we must not jump the gun here with plenty of football left to be played between now and then. Switching our focus towards this week’s games, here is the present breakdown courtesy of「188BET」. 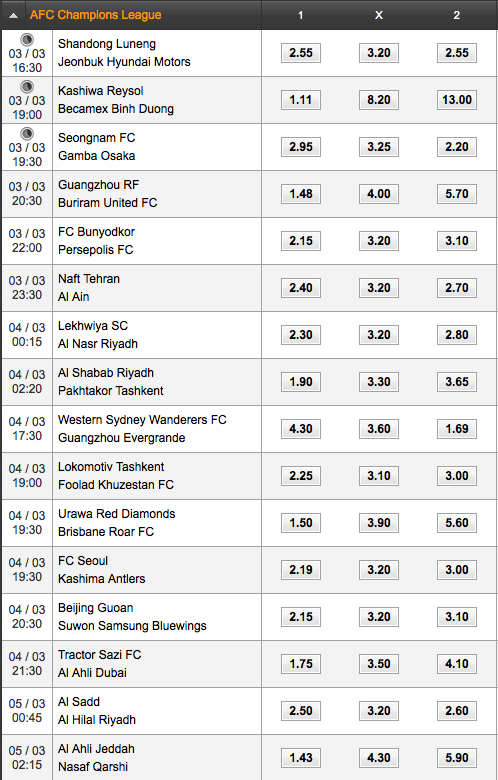 With some intriguing match-ups such as the Western Sydney Wanderers taking on Guangzhou Evergrande at home, get comfy as Asian style footy becomes center stage!

Atletico Mineiro will go for a fourth consecutive league win on Sunday against Sao Paulo. Bookmaker 10bet has all the latest odds for the Brazilian Serie A.

The best home team in Spain hosts the best away side on Sunday. Who comes out on top? Bookmaker William Hill has all the latest odds for the Spanish La Liga.

Corinthians and Boca Juniors Set for Another Copa Libertadores Battle

As we are well into the English Premier League season, can Liverpool give Chelsea & Manchester City a run for their money? With play set to resume following the international break, who will Jurgen Klopp rely on to get the job done for the Reds? Click here for the inside scoop!

Milan and Napoli share the league lead with Atalanta on 14 points and getting the win on Sunday would be massive for both. Bookmaker 10bet has all the latest odds for the Italian Serie A.

Juventus Looks to Sink Villarreal in the Champions League