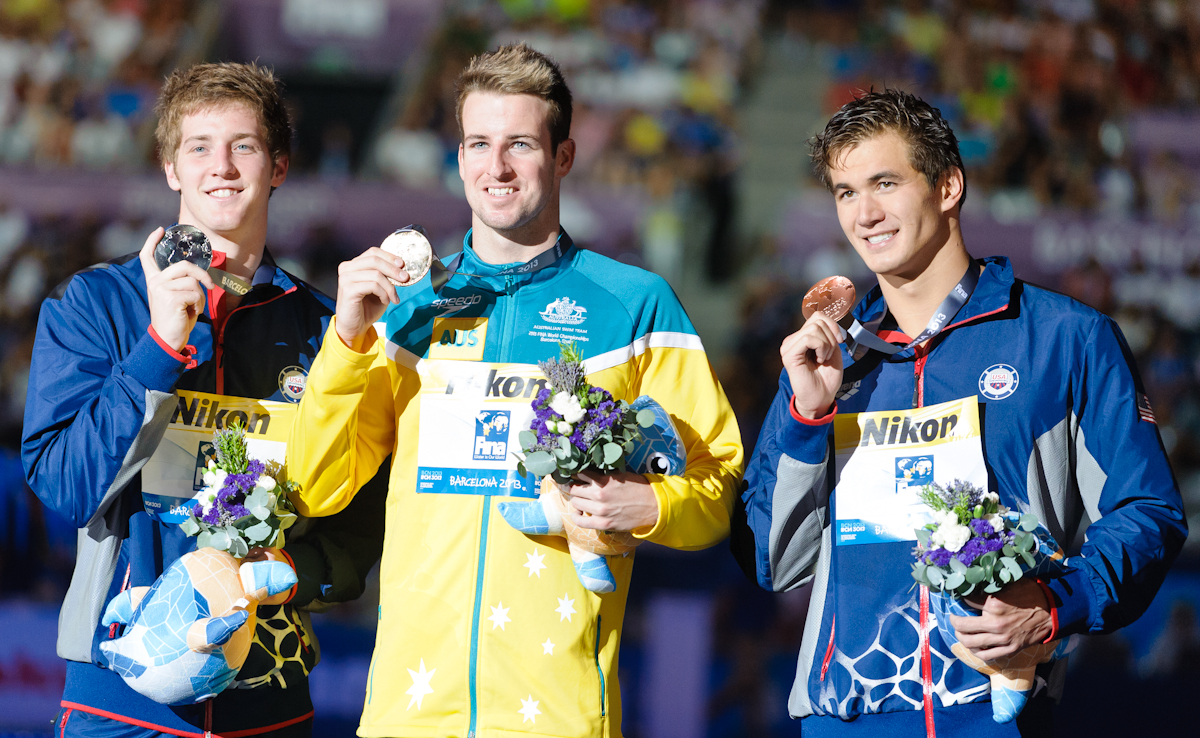 Over the course of the 2015 FINA World Championships there will be a total of five different sports on display. The featured sports are swimming, diving, high diving, open water swimming and synchronized swimming. In this article, we will be concentrating on the sport that garners the most attention at these championships – swimming.

All of the swimming events will take place in the Kazan Arena, a stadium which is usually used for football. However, a competition pool and training pool will be constructed inside the arena and temporary stands erected, which will hold 15,000 spectators. 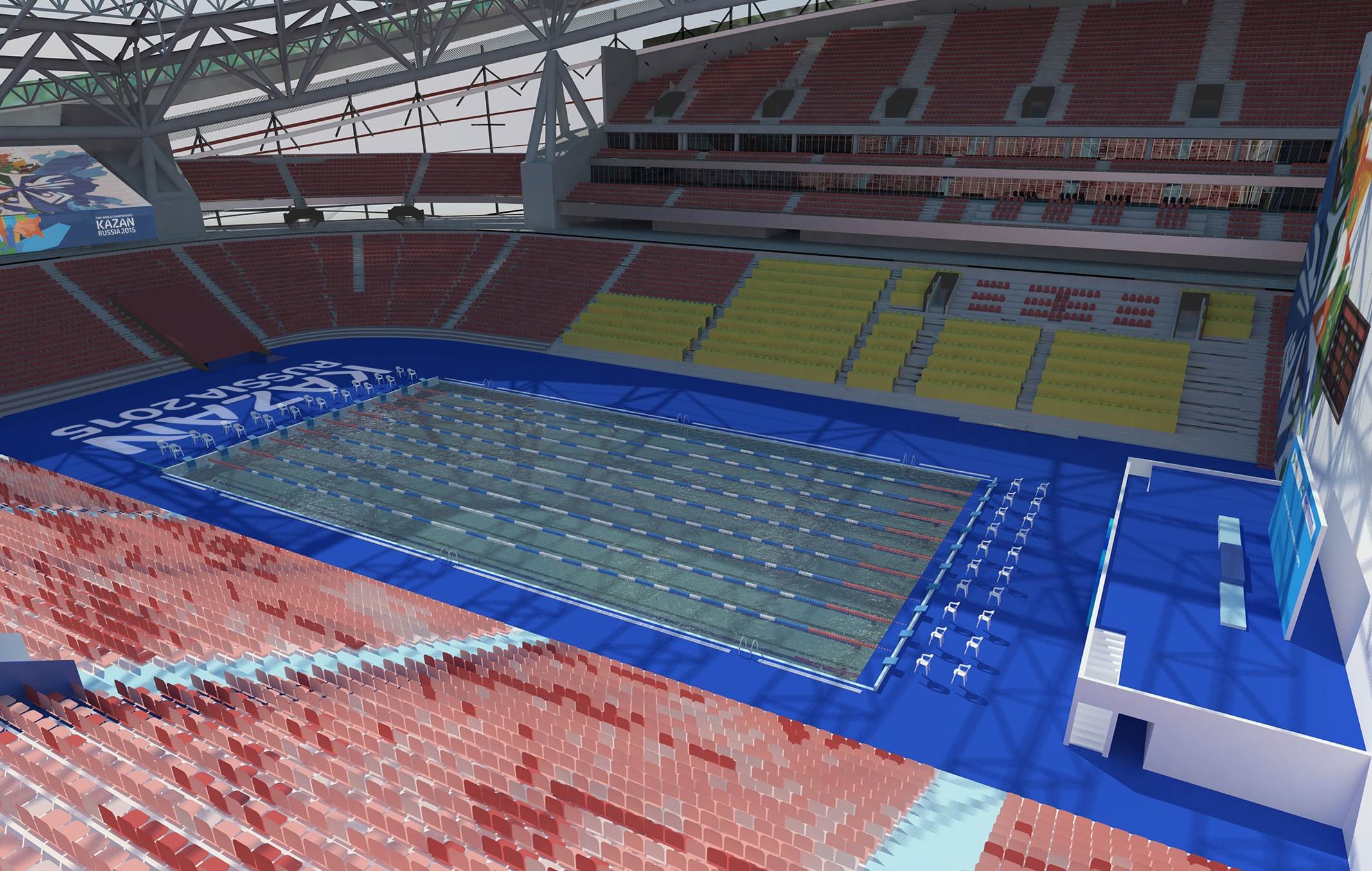 The swimming events are due to take place between August 2nd and 9th with a total of 42 gold medals at stake. The previous three World Championships have been dominated by the USA and China. These two powerhouses have finished first and second in the medal tables respectively in each of the last two tournaments and first and third in 2009. That year saw the German team split them at the top of the table. 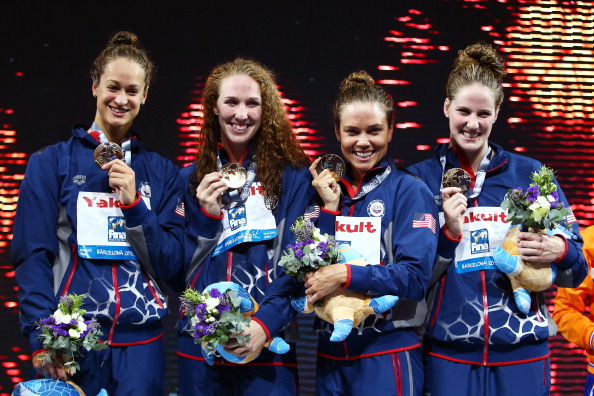 During the latest tournament in 2013, a total of five world records were set with one of them being broken twice. Interestingly, each of the world records came in the women’s events with the 50m backstroke reset two times in the process. Ruta Meilutye of Lithuainia and Katie Ledecky of the USA were the most successful setting two world records each.

So, who are the swimmers who will be competing for gold and possibly setting a world record or two at Kazan in 2015? Once again Katie Ledecky is up for the challenge and is strongly favored in the longer freestyle events as revealed by British bookmaker Coral. Expect the American to walk away with the gold medal in the 400 meters, 800 meters and 1500 meters women’s freestyle races. Ledecky’s closest competition in these races is most likely to come from Jazz Carlin and Lauren Boyle of Great Britain and New Zealand respectively. However, with Ledecky possibly pushing for more world record glory in the 800m and 1500m, expect Carlin and Boyle to face an uphill battle just to stay with her.

For Ledecky completing the triple is not the only accolade she is shooting for as she also has the opportunity to make history and become the first woman to win the 400m, 800m and 1500m in two consecutive world championships. However, she is not the only swimmer hoping to achieve this feat during these world championships as China’s Sun Yang is also aiming to do them same in the men’s events.

With the withdrawal of Kosuke Hagino due to injury, the main challenge for Sun in the 400 meter freestyle race will come from Mack Horton of Australia and American Connor Jaeger. The 800 meter freestyle event could much closer with Sun being tested by the likes of Jaeger, Horton, Michael McBroom and possibly Gregorio Paltrinieri of Italy. If one of them can get out in front, they may be able to hold Sun off over the final 200 meters. That being said, the 1500 meter freestyle event could be a different story with Sun expected to hold off the field quite comfortably and claim the gold medal just as he did in Barcelona 2013.

Looking at the other races, Ryan Lochte will be aiming for a repeat gold medal performance in men’s 200 meter individual medley and also has his eyes on gold in the 200 meter freestyle but he may have to settle for silver or bronze in that particular event. In the 50 meter freestyle, although he hasn’t raced much this year, Nathan Adrian could be worth backing for gold. And look for home favorite Vladimir Morozov to make some noise as he tries to please the crowd in capturing the gold in the 100 meter freestyle.

In the women’s sprint events, Australia’s Cate Campbell has the fastest time in the world over 50 meters this year and would make for a good bet to claim gold in the 50 meter freestyle. Although expect fierce competition from Francesca Halsall of Great Britain and Ranomi Kromowidjojo of Holland to push Campbell to her limits in that race. It’s also difficult to ignore Campbell for the 100 meter freestyle gold. As a possible dark horse to snag the top medal away from her, look towards Femke Heemskerk of Holland.

Elsewhere, in the men’s 100 meter breaststroke, it’s Great Britain’s Adam Peaty who’s the man to watch having broken numerous world records recently. Boasting a time which is over a second faster than any other swimmer this year, it’s little wonder why he is clear favorite for the event. Look out for another British swimmer, Ross Murdoch, who has the ability to be standing on the podium once everything is said and done as well.

As for the women’s 100 meter breaststroke, we return to one of the world record queen’s from the 2013 World Championships, Ruta Meilutye. The Lithuainian is the current world and Olympic champion plus she holds the top times for both 2014 and 2015. It would be a huge upset if Meilutye doesn’t win but if it happens expect either Yuliya Efimova of Russia or Kanako Watanabe of Japan to be among those causing it.

Once the swimming events come to a close, everyone will be looking towards the medal table. Again, it looks as though Team USA is the one to beat with China following up close in the second spot. The biggest movers from 2013 could be Great Britain who finished at the bottom of the table in Barcelona but should do much better this time around.

Will Ledecky & Peaty Be the Stars in Budapest? The Pool in Hungary Takes Center Stage!

Bookie 10Bet highlights the odds surrounding the 2017 FINA World Championships in Budapest, Hungary. Who’s favored among the men & women?
【Betfred】With McIlroy Out, is the Open Championship for Spieth to Lose? The Odds Say…
【Bookmaker】Can Spieth Snag Major #3 in 2015? The Oddsmakers Weigh-In on the Pairings at Whistling Straits!
Home
Swimming