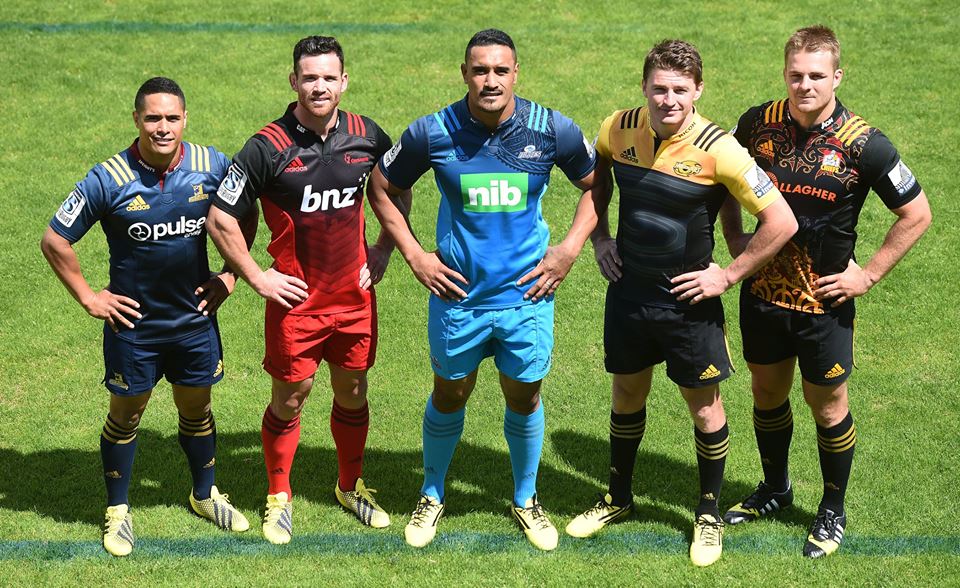 The 2016 Super Rugby tournament will be the 21st edition of the rugby union competition. This season will be the first time 18 teams will participate in the event making it the biggest Super Rugby tournament in history. Super Rugby has traditionally been competed between teams from New Zealand, Australia and South Africa but the increase in the number of teams has seen the introduction of some new countries for the 2016 event. 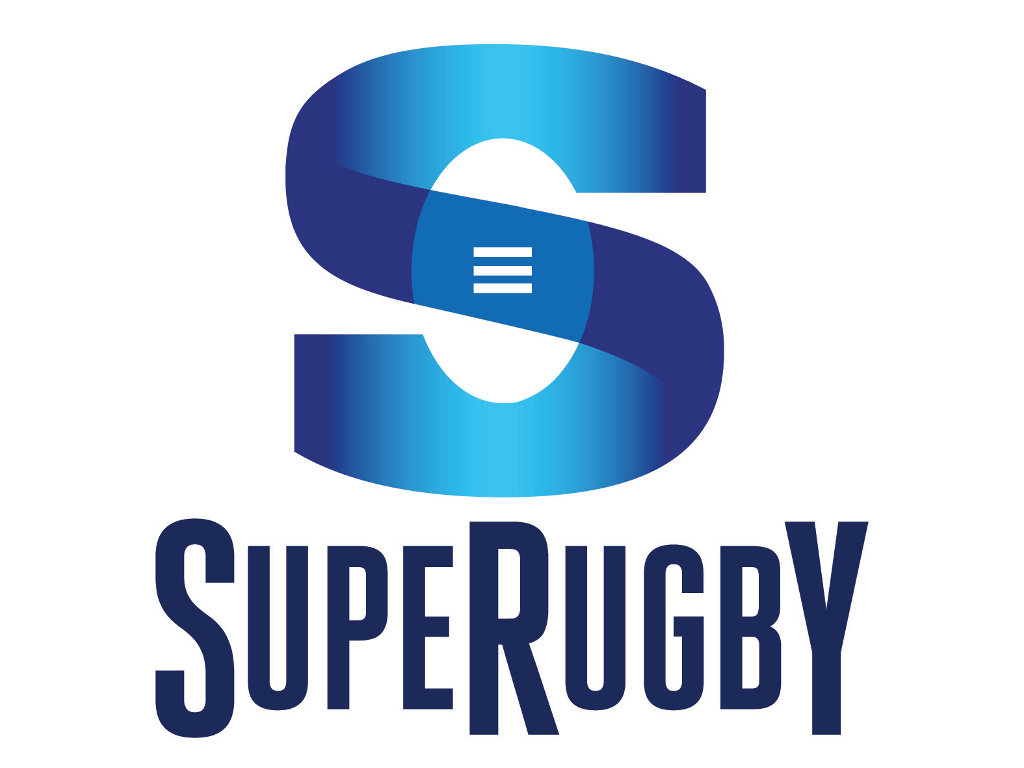 The new format has caused quite a bit of controversy especially in terms of the travel time and the strength of some of the new teams. However, it’s set to be an exciting season with one of the new teams potentially going far in the tournament. 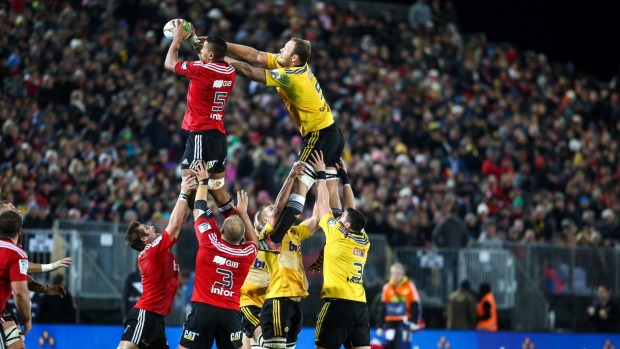 The defending champions are the Highlanders from New Zealand. Having finished fourth in the overall standings, they defeated the Chiefs in a qualifying match to make the semi-finals before defeating the Brumbies by a 20-point margin. The Hurricanes were the more fancied team come the final but the Highlanders out scored them two tries to one and went on to lift the trophy.

The Highlanders have managed to keep much of their squad, which did so well in winning Super Rugby in 2015. Luke Whitelock and Liam Squire have come in and soften the blow of losing Nasi Manu and John Hardie. The pack remains experienced and the back line very exciting making for a perfect combination. However, although injuries were not much of a problem last year, the squad is a little thin and the Highlanders could run in to a few problems if injuries begin to mount up. That being said, the Highlanders have more than enough to make it to the knockout stages and as they showed last season, and from there anything is possible.

At 13/4 with online bookmaker Unibet to top the New Zealand conference, last season’s winners seem to be a good bet but the Hurricanes will have something to say about that. Being the only team from New Zealand yet to win the competition, 2016 could be the Hurricanes best chance of changing that statistic. Despite the loss of some experienced players, the likes of TJ Perenara and Beauden Barrett have been retained and Julian Savea and Nehe Milner-Skudder make up two-thirds of a very dangerous back three. With that in mind expect to see the Hurricanes on top of the New Zealand conference come the end of the regular season. Unibet has them at 11/4 favourites.

Looking at the Australian conference and it’s the Brumbies who really stand out from the other teams. Minor losses to the playing staff during the off-season mean the Brumbies are in a good position in terms of personnel. However, the likes of Stephen Moore and Matt Toomua are playing their final season in 2016 so now is the time for these players to perform. The squad may not be full of individual match winners but as a team it’s difficult to see past them and Unibet has them as evens favourites to progress as conference winners. 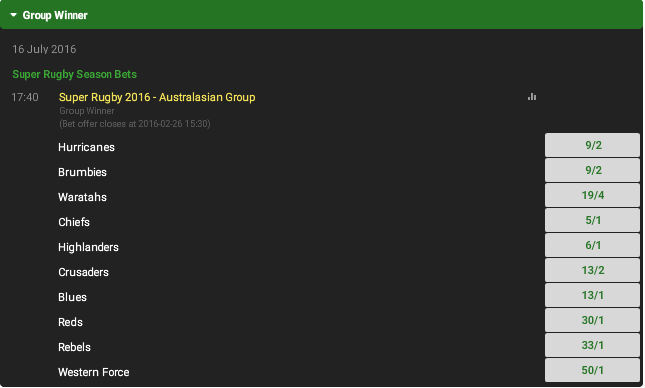 Moving on to the Africa 1 conference, it appears the new team, Sunwolves, have very little chance of making progress. In fact, it would be considered a big shock if they finished anything other than the basement and this is highlighted by their odds of 80/1 with Unibet to win the conference.

Stormers and Bulls are the two teams to look out for in Africa 1 and there can be no doubting the strength of the Stormers pack. It’s at number ten where the concerns are as there is very little experience in such a crucial position and it could be this that stops the Stormers going far in this season’s Super Rugby competition. However, they should still have enough to come through the conference and are 12/25 favourites to win it with Unibet.

The Bulls were disappointing last season and with some tough trips away from home to come in 2016 things are not looking great. They certainly have enough about them to make the knockout stages but new coach Nollis Marais has to deal with a number of players leaving and re-build in time for the starting kick-off. As daunting as that may be, the Bulls have some excellent young talent in their ranks and with two weaker teams in their conference, they could qualify as the third team for the quarterfinals. That being said, they have to deal with the injury of fly-half Handre Pollard who will be a big miss.

Finally we come to Africa 2 and this is where the strongest of the newcomers this season will play. The Jaguares, from Argentina, have an international pedigree like no other team in the tournament this season. Other than a few players who are currently in Europe, the Jaguares are the Argentina national team and possibly the most talented team within both Africa conferences. However, they have no experience of playing in Super Rugby and it’s that which could prove their downfall. 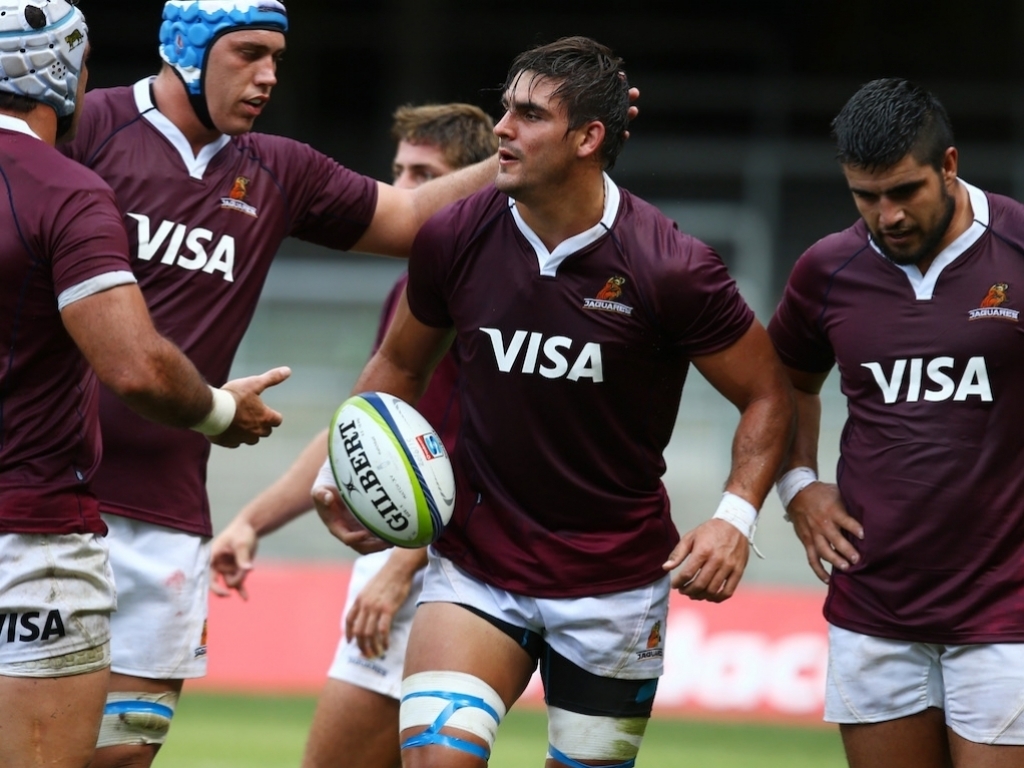 The Jaguares are 23/20 favourites to progress from Africa 2 as winners with Unibet but they will face stiff competition from the Sharks who have a lot to prove after 2015. A real lack of discipline was partly to blame last season in addition to injuries in vital areas of the team but the forward pack has been strengthened. Also, with less travelling to do than other teams, the Sharks have to be seen as contenders to finish at the top of the conference. Expect the matches against the Jaguares and Lions to be crucial in determining the Sharks fate this season. 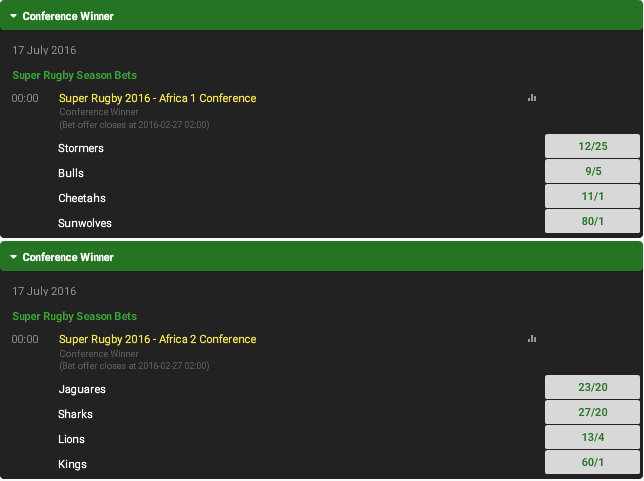 Before discussing the potential winner from the teams mentioned above, let’s take a look at the potential stand-out players for Super Rugby 2016. Having crossed the try line 13 times last season for the winners, Highlanders, Waisake Naholo, at 13/2, is our pick for top try scorer this season. As a slight outsider however, the Brumbies open-side flanker David Pocock is worth a punt at 20/1 having scored 8 tries in 13 starts last season.

When picking a winner for Super Rugby 2016, it’s difficult to look beyond teams from the New Zealand conference, specifically the Highlanders, 15/2 with sportsbook Unibet and the Hurricanes who are 6/1 favourites with the same firm. Outside of these two, the Brumbies catch the eye at 8/1 and could be the best bet from outside of the New Zealand conference. However, for real value, the Jaguares at 12/1, could be the best bet. If they dominate at home as expected and can quickly come to grips with the demands of playing away, the team from Argentina has the potential to go all the way. 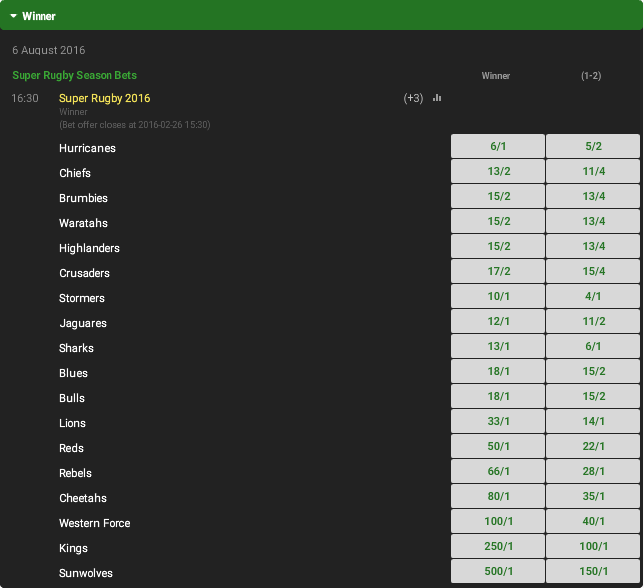 That being said, it’s not unusual for a team in Super Rugby to retain their title the following season. The Blues, Crusaders, Bulls and Chiefs have all done so. Will the Highlanders follow suit in 2016? 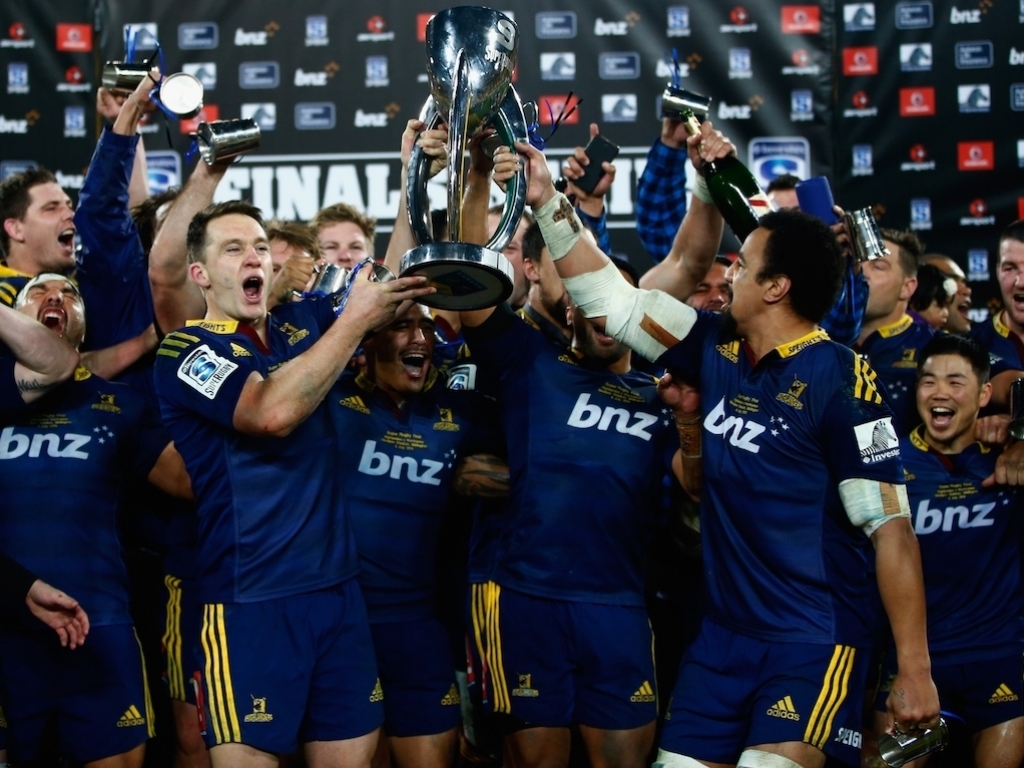 【Paddy Power】3 Done, Going for 4! Will Toulon Once Again Be Crowned European Champs?

Irish bookmaker Paddy Power's European Champions Cup odds are out! Who's favored to win their pool and eventually the final at Stade des Lumières in May?