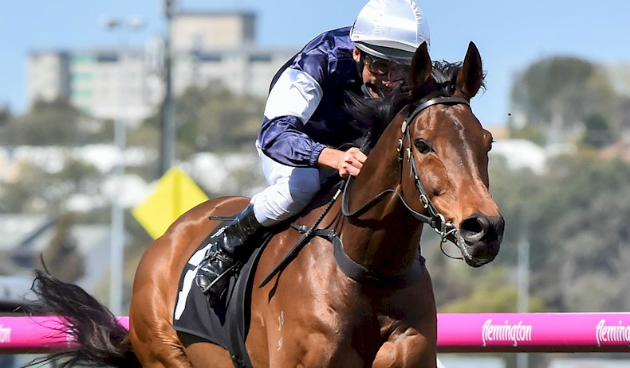 If you are the type of punter who can not bear to let “the race that stops a nation” go to post without a betting interest, this year’s Emirates Melbourne Cup promises to be one of the most competitive in recent years. A record-tying 11 international horses will join 12 Australia runners at Flemington racecourse in the chase for the $6.2 million purse. The normal 24-horse field has been reduced by one with New Zealand entry Who Shot Thebarman scratched out of the 11 barrier with an elevated temperature.

In pre-race wagering, three horses have emerged as top contenders: Almandin, Humidor, and Marmelo. None of the trio, however, received good news in the barrier draw as they will race from the 14, 13, and 16 posts, respectively. Other factors of note in the 3200-meter test include a forecast for good 16 degree celsius weather and firm footing on the turf course. 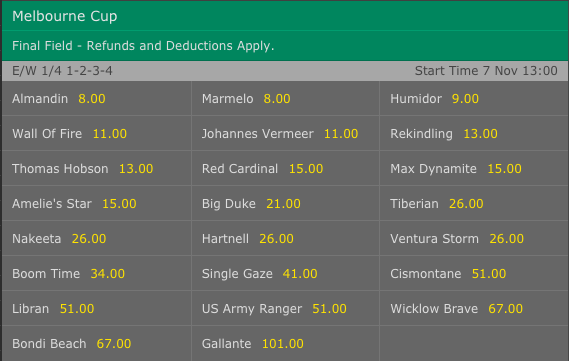 Almandin,a seven-year old bay gelding, was lightly regarded coming into last year’s Cup despite a win in the Grade 3 The Bart Cummings. But the Robert Hickmott-trained racer outlasted the field to take home the $3.6 million winner’s check. Almandin is back to try and become the first horse to capture back-to-back Cups since Makybe Diva won three times from 2003 to 2005. This year he took the JRA Trophy in a romp but settled for a hard-scrabble fourth in The Bart Cummings. There are enough indications of good form to have Almandin offered at 8.00. 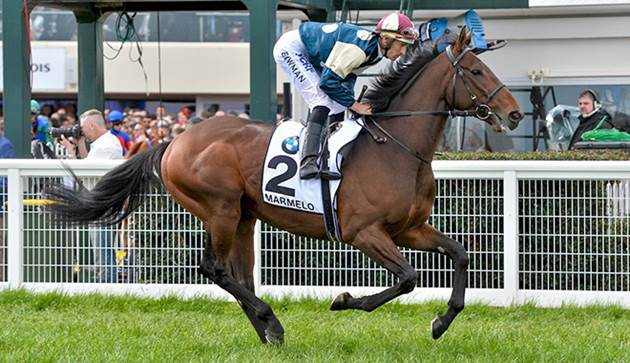 Drawing the most early money in the run-up to the Melbourne Cup has been Marmelo who opened at 26.00 and is currently the sportsbook bet365 co-favourite at 8.00. Catching the eye of handicappers were wins in a key Cup prep race, the Prix Kergolay at Deauville, and the Great Melbourne Cup trial in the Caulfield Cup. In the latter race Marmelo unleashed the best closing splits on the course after tough early going. The five-year old British invader will be racing against history at Flemington – no English horse has ever won the Melbourne Cup. 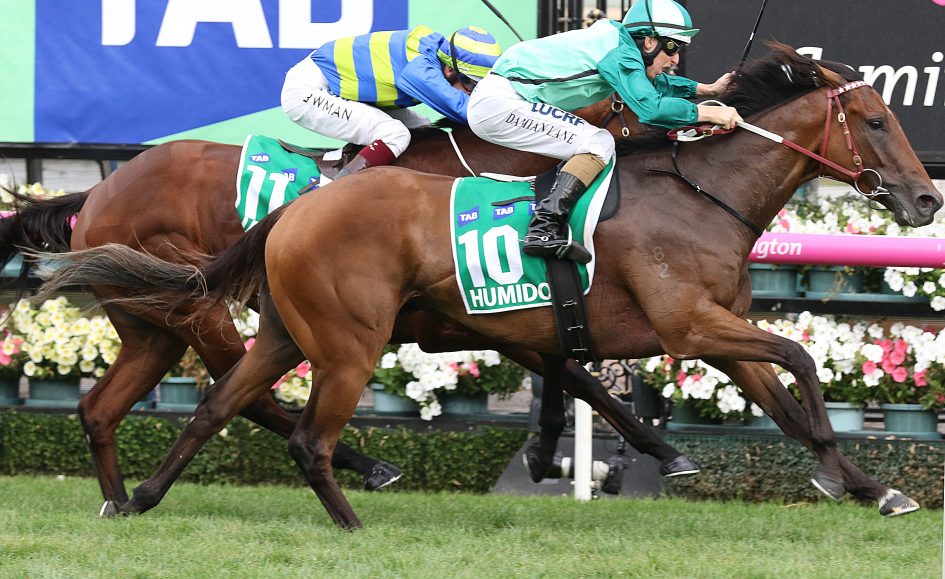 One of the victims of Marmelo’s Caulfield Cup stretch run was Darren Weir’s Humidor. The bay gelding’s prospects in the Melbourne Cup took a leap forward, however, his recent losing battle against superstar Winx in the Cox Plate has created some questions surrounding his ability to perform in the Cup. Humidor will be stretching out to 3200 meters for the first time and has run a heavy 2017 schedule. But his resume includes Grade 1 scores in the Australian Cup and the Makybe Diva Stakes this year. Few in the field can match Humidor’s class and he is fetching 9.00 odds at the moment. 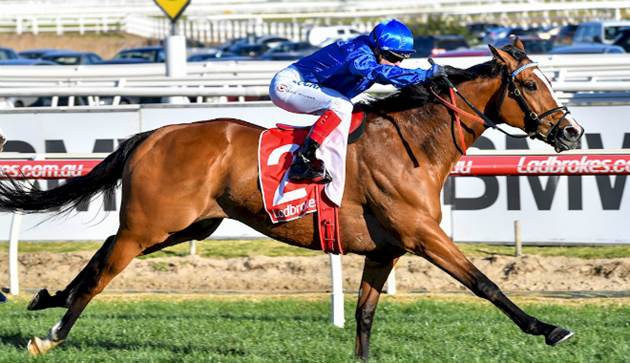 Hartnell was the tepid favourite in this race last year before running third. In 2016 Hartnell had produced a similar resume to Humidor with early season wins and a distinguished runner-up finish to Winx in the Cox Plate. Hartnell is back this year and remains a threat at 3200 meters. The seven-year old gelding will be lugging the top weight in the race at 57.5 kg and coming from barrier 12 so there will be a bit more work to do for the veteran campaigner. James Cummings’ entry is currently 26.00. 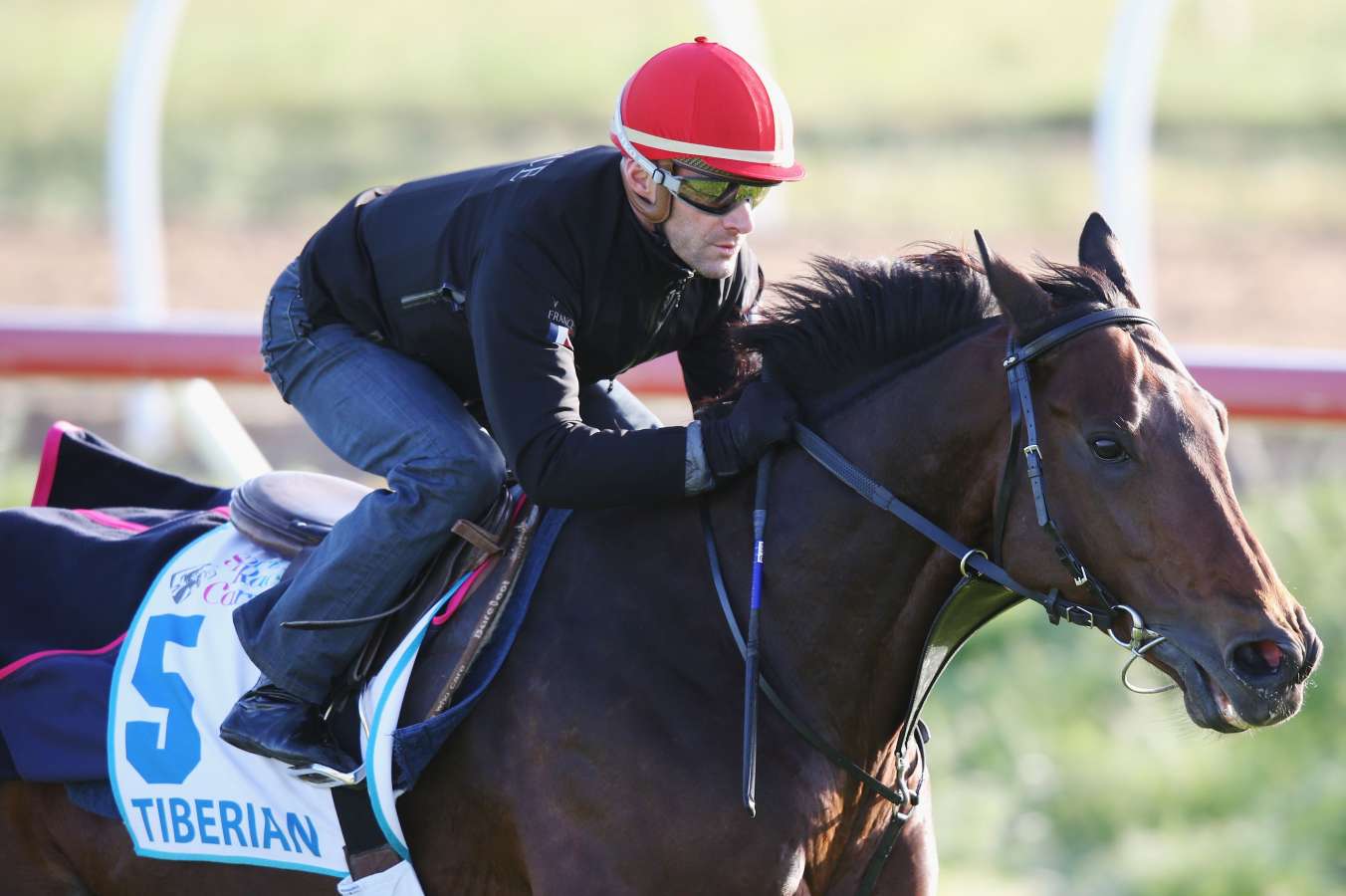 On pure form, no horse looks sharper than the French shipper, Tiberian. Although racing at lower levels, Tiberian has won four of his last five starts, including two in a row. During the streak the 6-year old bay horse has scored his biggest win in the Grade 2 Prix de Deauville. If the Alain Coutetil-trained entry can handle the jump in class he will reward backers at 26.00. 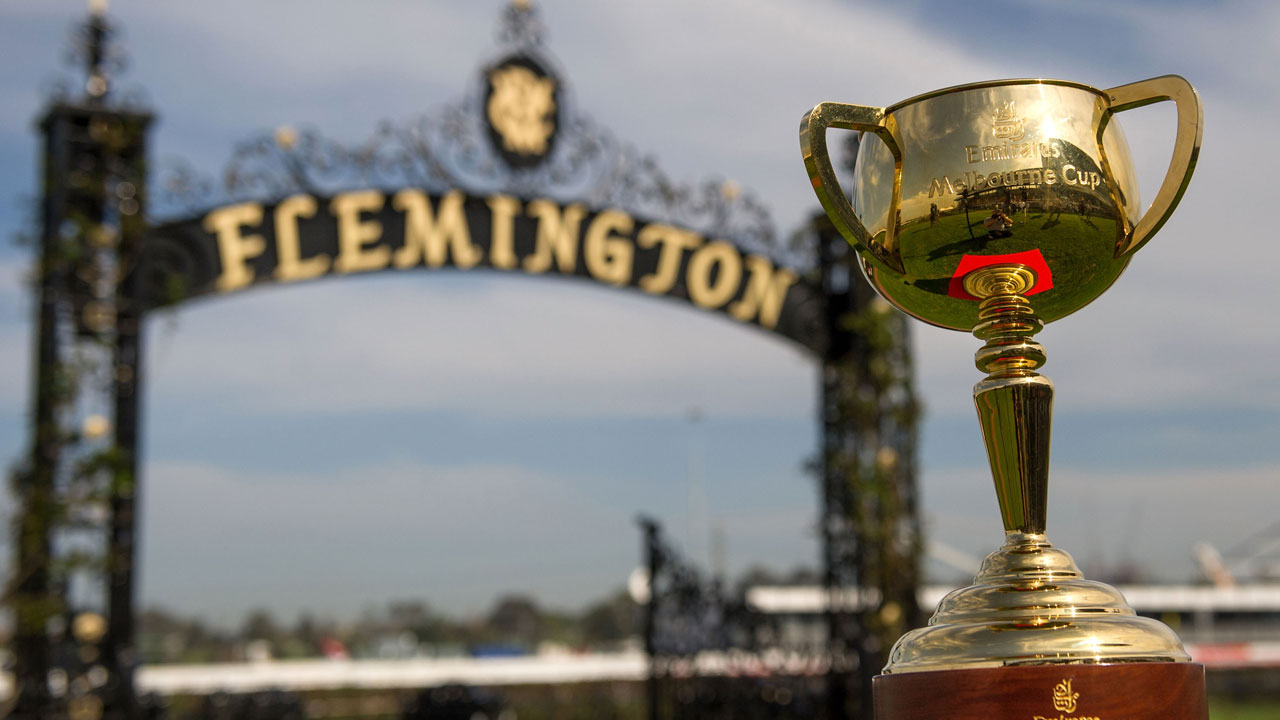 Another European raider drawing interest is Irish-bred Max Dynamite. The 9-year old stayer is not unfamiliar to Australian bettors, having finished second to Prince of Penzance in the 2015 Melbourne Cup. Willie Mullins has sent Max to the track only four times since but his workouts at Flemington have been turning heads. Enough handicappers have been consulting their stopwatches to bring his odds down to 15.00. 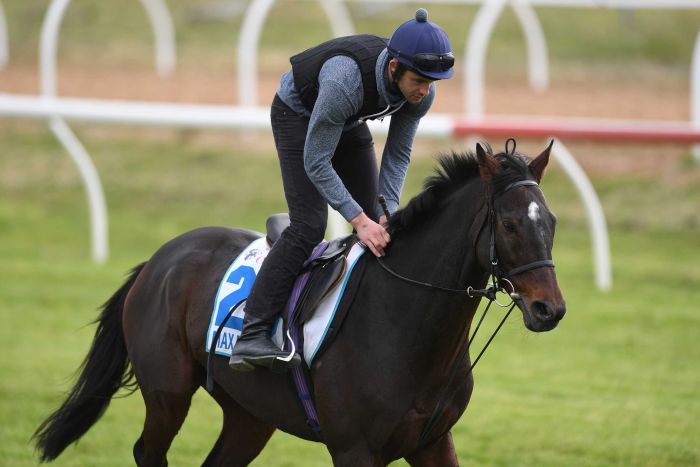 The odds have been going the other way for German trainer Andreas Wohler and his six-year old bay gelding, Red Cardinal. The highly-rated stayer was an early favorite in this race after winning the Belmont Gold Cup in New York this summer. But an attack of the hives led to a disappointing fifth place run in the Prix Kergolay at Deauville that soured supporters on his chances in the Melbourne Cup. This is Red Cardinal’s favourite distance but he has drawn the outside 23 barrier and is seeking to become the first Cup champion since 1993 to win without an Australian prep race. Red Cardinal is presently 15.00. 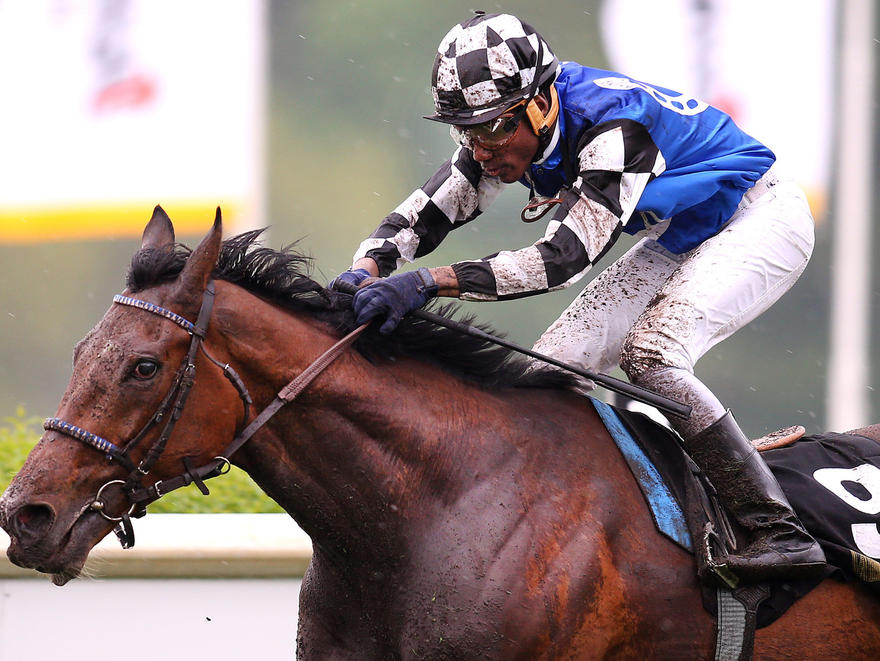 Ireland’s Aidan O’Brien has set the record for most Grade 1 wins in a season by a trainer in 2017. His two hopefuls in this race are U.S. Army Ranger (51.00) and Johannes Vermeer (11.00). The Army Ranger started a promising career with a pair of wins and a runner-up finish in the Epsom Derby but the five-year old is on a nine-race winless streak and has been well-beaten in recent outings. The Irish-bred Johannes Vermeer offers better chances but as many questions. The five-year old son of Galileo has never won a race over 2000 meters and his only Grade 1 score came at 1400 meters. He has hit the board in both his 2017 Australian starts, however, with a gutty second in the Caulfield Stakes and an unlucky third in the Caulfield Cup. 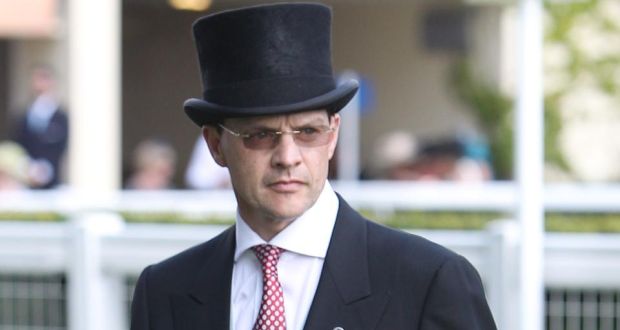 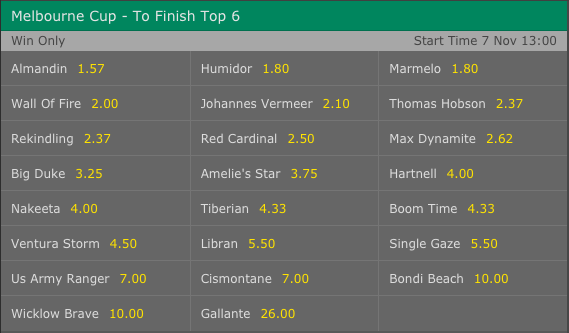 Will California Chrome be this year's darling of Meydan? UK bookie Ladbrokes reveals all the odds for the richest night in horse racing!
Who’ll Gallop to Victory at Del Mar? The Breeders’ Cup Odds are Out!
Who Will Own the NCAA Hardwood in 2017-18? The Odds Say…
Home
Horse Racing