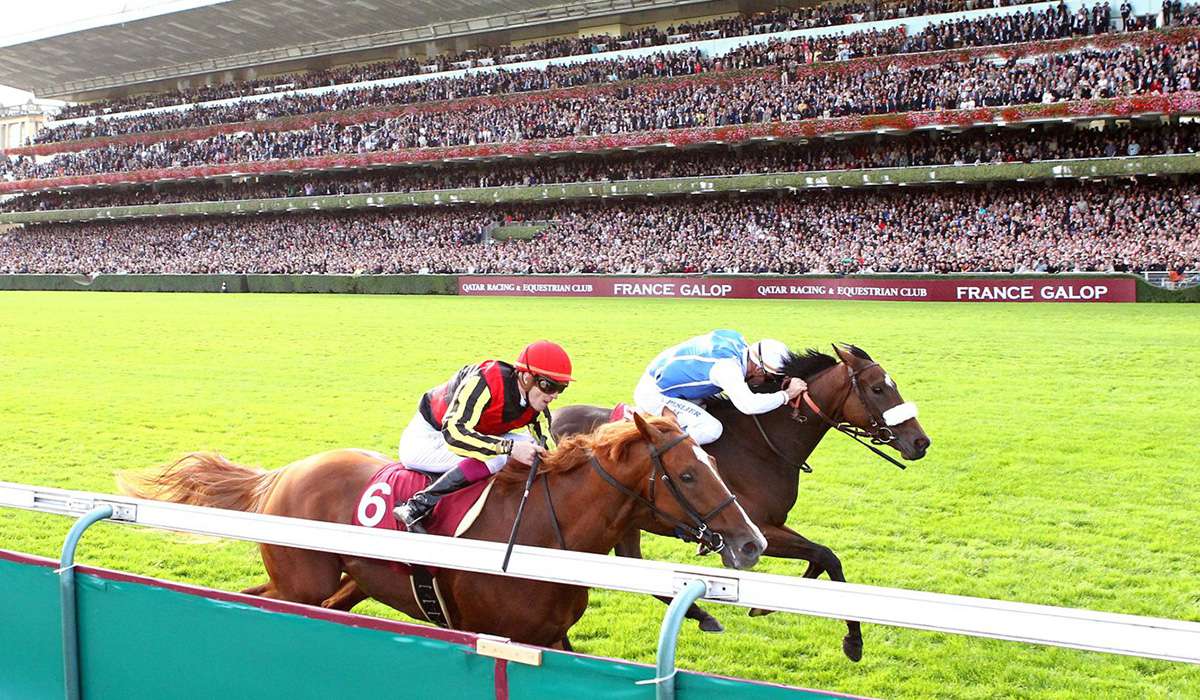 For the second year in a row the world’s greatest middle distance race will be contested in unfamiliar territory. The Prix de l’Arc de Triomphe will once again be run at Chantilly as its natural home for 96 renewals at Longchamp continues to be upgraded. So punters can throw the track change to a course with tighter bends into into a race that already include horses of all ages and both genders. 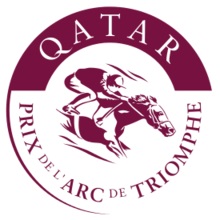 To sort those out in the past decade six of the nine winners have been female (despite accounting for only one-quarter of the entries). The only males in that time span to win the Prix de l’Arc de Triomphe were all three-year olds but last year on the Chantilly oval no three-year old finished better than ninth. But only two older colts lugging handicap weights have won the race in the past 15 years.

Toss all those racing variables into a blender, throw in a race coveted by horsemen around the globe, and one would expect not much clarity in the 20-horse field. But that is not the case in 2017. Enable, a three-year old filly owned by Prince Khalid Abdullah and trained by John Gosden has been installed by online bookmaker bet365 as the 4/5 favorite. 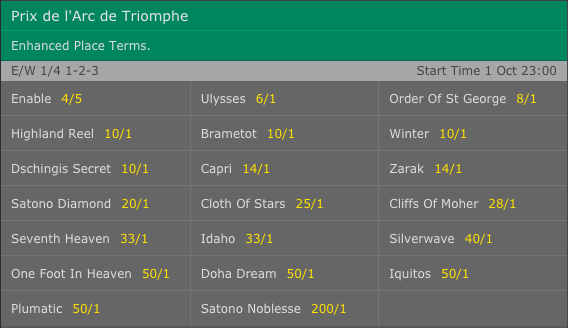 Since stretching out beyond ten furlongs in the spring, Enable has reeled off five straight wins, including four consecutive Grade 1 triumphs, by a total of 20 lengths. In her wake at the finish line have been both boys and older horses. Enable has shown no worries over track conditions, either soft or firm, although her connections are no doubt pleased for a forecast of good weather for the weekend. 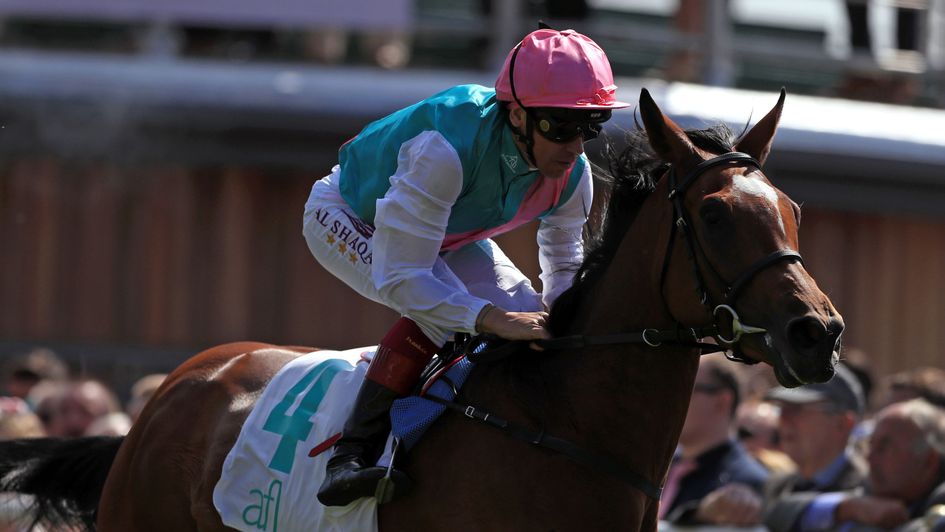 Enable’s chief competition had been expected to come from Gosden’s own stable. Cracksman had dominated fields this summer including the critical Prix de l’Arc de Triomphe prep, the Prix Niel, but Gosden elected to skip this marquee outing in favor of preparing for the horse’s four-year old campaign. Also missing from the field will be Harzand, the Epsom Derby winner, who suffered a small injury at the Irish Champion Stakes. 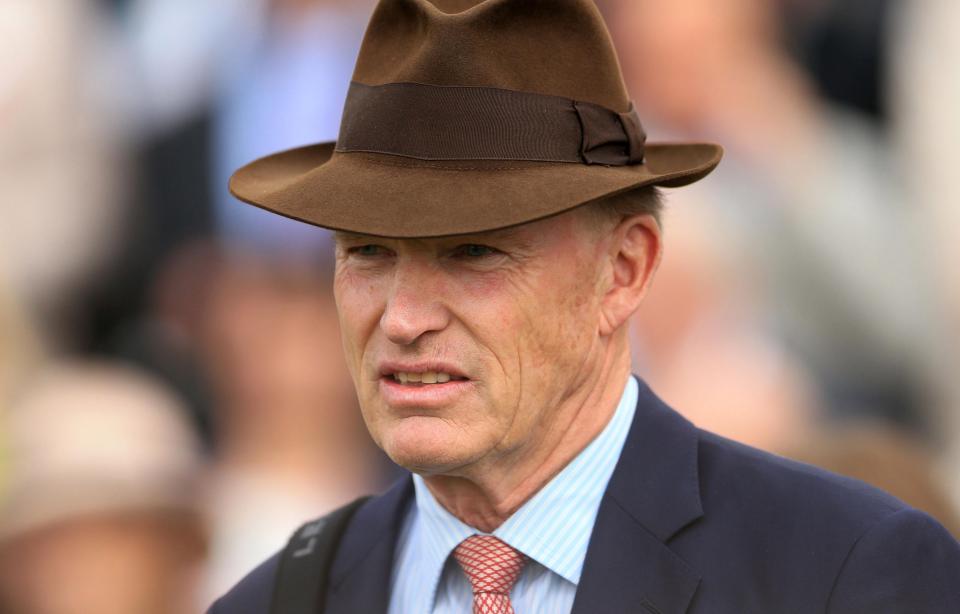 Still, there is plenty for contrarian bettors to grab hold of in this year’s Prix de l’Arc de Triomphe. Even those with short memories can recall 2016 when Postponed, with an almost identical resume as Enable of six straight wins that featured four Grade 1 scores, went to post at 15/8 and never hit the board. If Enable fails to win, Galileo is likely to be a proud papa. The legendary stud has seven offspring in the race: Winter, Capri, Cliffs of Mohrer, Idaho, Highland Reel, Order of St. George, and Ulysses. The four-year old Ulysses, out of Sir Michael Stoute’s barn, is the second choice at 6/1. The knocks on the supremely bred colt surround an ability to get the 12 furlong distance. His two Group 1 scores this year have been at shorter runs and his one outing at 12 furlongs in the King George VI & Elizabeth Stakes he proved no match for Enable. 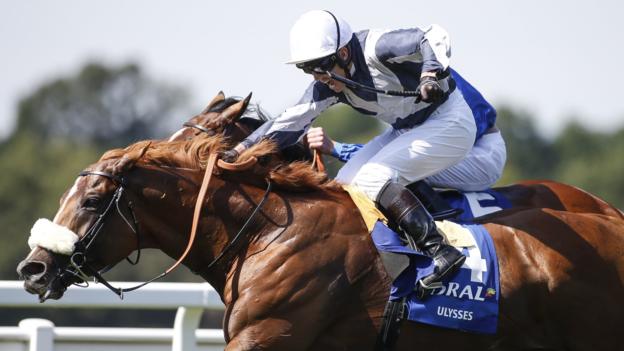 The other six entrants out of Galileo all belong to the stable of Aidan O’Brien who is chasing the record for most Group 1 victories in a season. O’Brien had famously been frustrated in the Prix de l’Arc de Triomphe until he broke through with the first, second, and third place runners. He no doubt welcomes a return to Chantilly. O’Brien’s winner last year, Found, has been retired but runner-up Highland Reel (10/1) and show finisher Order of St. George (8/1) are back in Paris. Bettors will likely want to hold off on backing Highland Reel’s chances to be certain the five-year old campaigner has a good turf to negotiate. 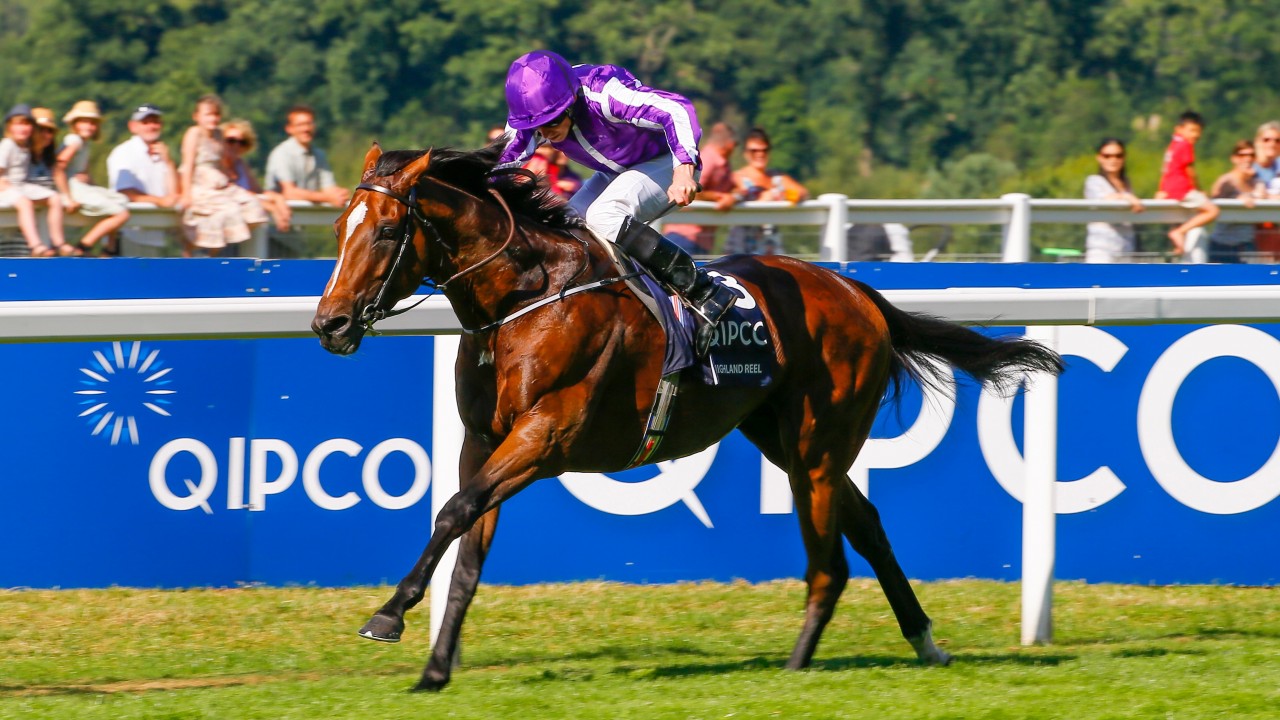 Order of St. George is a distance horse. All of the five-year old’s nine victories since his maiden have come in races longer than 12 furlongs. The Prix de l’Arc de Triomphe is the only race O’Brien sends Order of St. George into at a scant mile-and-one-half. He got third place money and was charging at the end last year so backers will be hoping for a similar pace and different result in 2017. 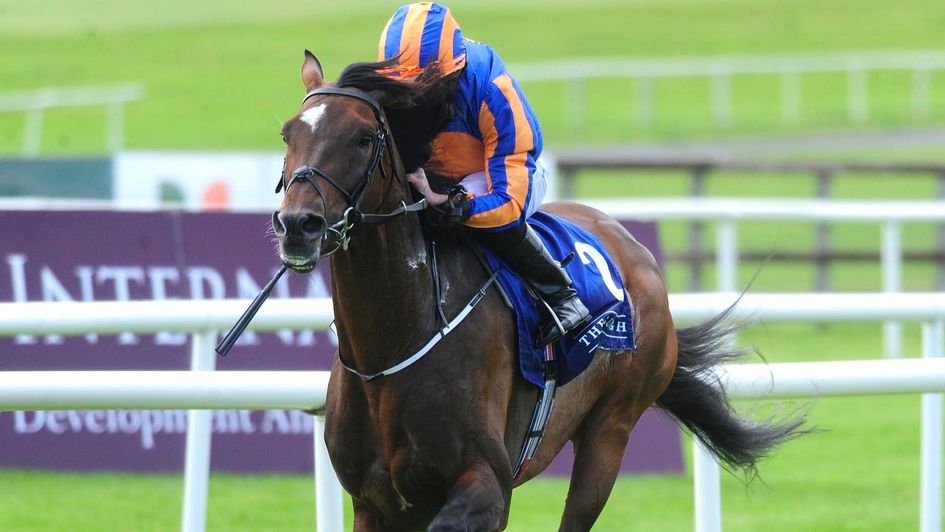 Value hunters in O’Brien’s stable will want to look at Capri at 14/1. The three-year old colt was a non-factor in his first three outings in 2017 but took the measure of Cracksman in the Irish Derby at a nice price and added a second straight Grade 1 win in the English St. Leger in mid-September. 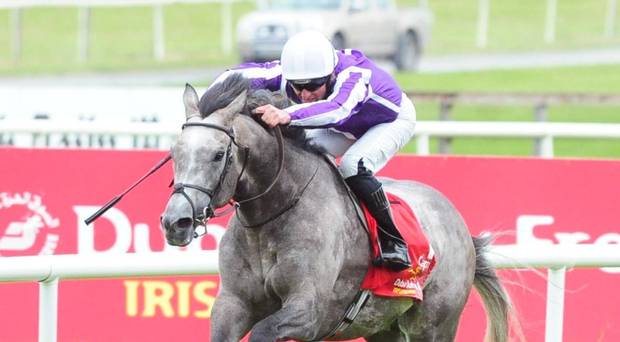 Hometown fans of Brametot will hope the French three-year old is ready to stretch out at Chantilly. The colt has never been asked for more than ten and a half furlongs in winning six of his first eight races including a Grade 1 scores in the Poule d’Essai des Poulains and Prix Du Jockey Club. His daddy Rajsaman never raced beyond ten furlongs himself. If Brametot can find those extra strides at Chantilly he will reward believers at 10/1.

As always in a 20-horse field there are long shots lurking who may have something to recommend a bet. Idaho, 33/1, is a full brother of Highland Reel who is a Group 2 winner and competed stoutly against Ulysses. Iquitos is 50/1 but the five-year old German bred has been known to throw in an occasional Grade 1 victory. This year’s came in the Grosser Dallmayr-Preis at 10 furlongs. In his three longer races this year, Iquitos has placed second each time. This is his first attempt at the Prix de l’Arc de Triomphe and he just may like Paris. 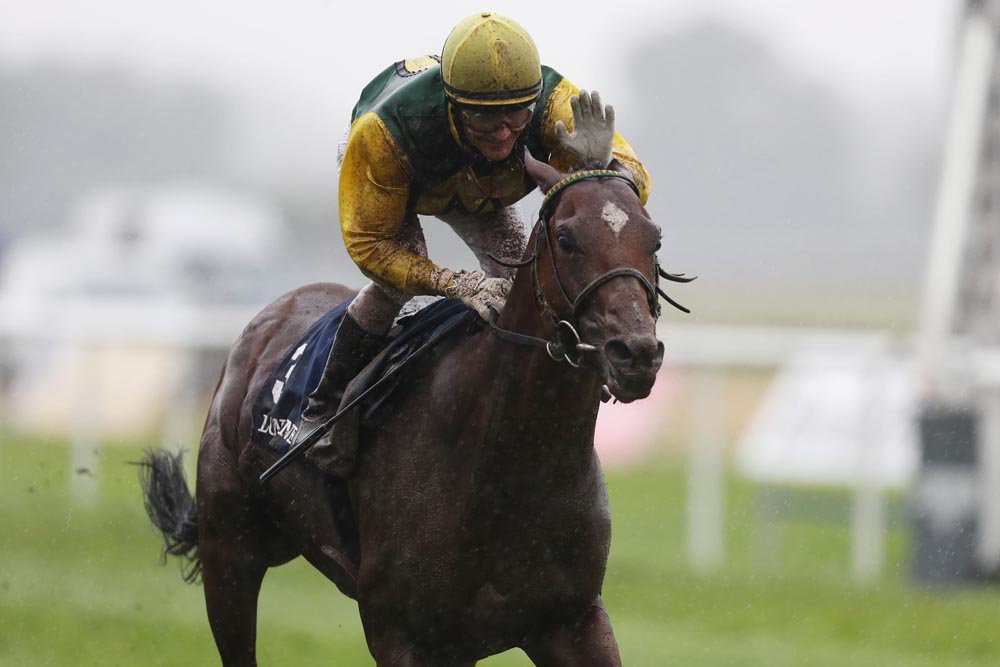 【bet365】The 95th Running of the Prix de l’Arc de Triomphe: Is it Postponed’s Race to Lose?

Postponed & Co. head to Chantilly to battle. Who will ride to victory? Bookie bet365 weighs-in!

Can Aidan O’Brien bring home a winner? UK sportsbook Coral unveils the favourites at Epsom as the racing season kicks into high gear!
Podcast Episode #24: Can Chelsea Capture the Win Against Man City? The EPL Heats Up!
Can the Cubbies Repeat as World Series Champs? America’s Pastime Enters the Postseason!
Home
Horse Racing