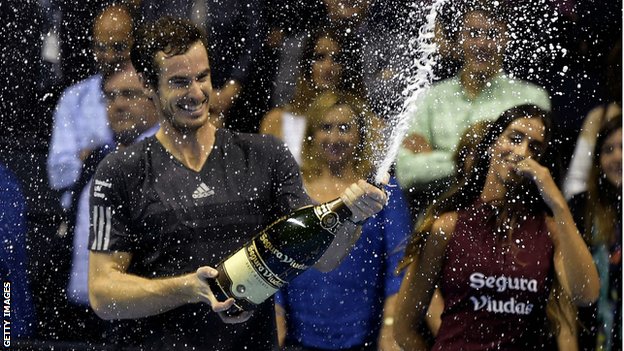 As the ATP Tour draws to a close for 2014, the big names are all turning their minds to the end of season Barclays ATP World Tour Finals, which are held at the O2 Arena in London.

With all eight qualifying slots now sewn up, there is a group of players, led by Andy Murray, who has been playing almost non-stop in a bid to make it to the end of season tour finale. Murray has been playing almost constantly through the months of September and October in a bid to clinch one of those eight places and tournament wins in both Vienna and Valencia has moved the Scot up the rankings and sealed a place in the finals. 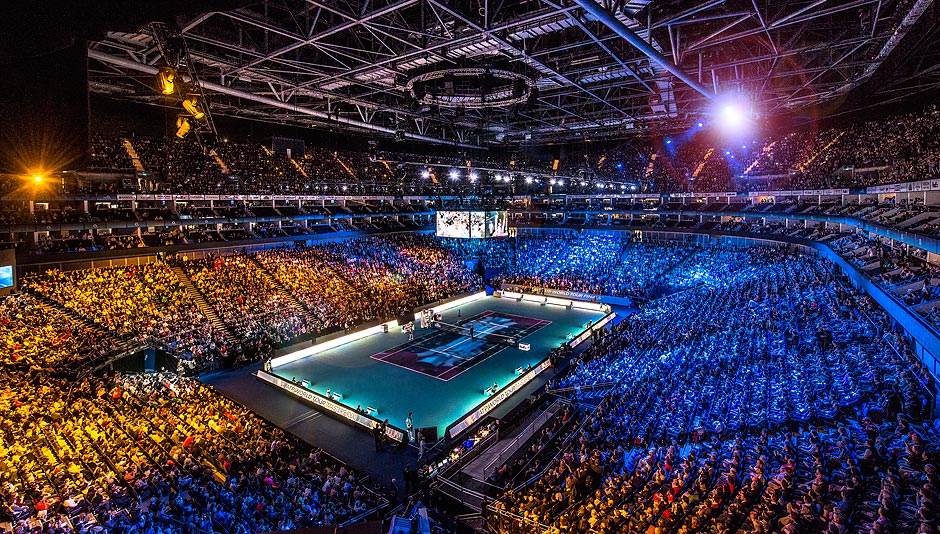 The unfortunate withdrawal of Rafael Nadal has meant that, essentially, an extra spot became available and this only served to increase the excitement and intensity of the ATP Tour going in to the final events of the regular season. Thanks to his US Open victory, Marin Cilic was guaranteed a place at the finals, despite finding himself finishing at 9th place in the standings. 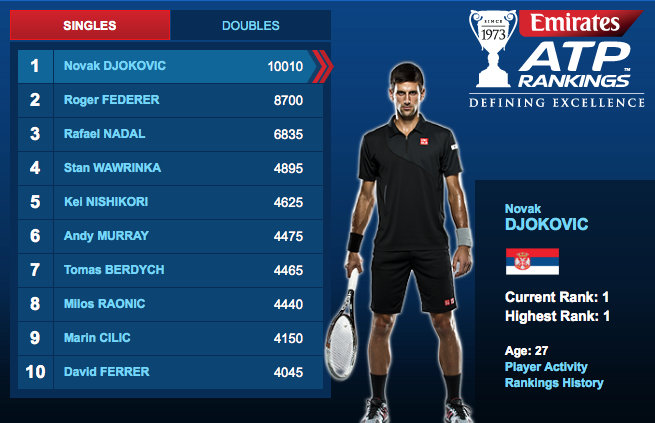 However, the main contenders for the Barclays ATP World Tour Finals had safely booked their place well in advance of the final event of the season, with Novak Djokovic, Roger Federer and Stanislas Wawrinka sitting comfortably at the top of the race to London rankings. Of those three names, two jump out as the genuine contenders for the title, that of Djokovic and Federer.

Novak Djokovic is the favourite for the tournament, priced at 10/11 with「Paddy Power」 to finish his season on a high by claiming the ATP Tour Finals title. Djokovic has had a short break from the tour following the birth of his first child and his last ATP Tour title victory prior to that came at the China Open in early October. Since that victory, the Serb has only played in two other tournaments, the recent victory in the Paris Masters and the Shanghai Masters, during which he lost to Roger Federer in the semi-final. Despite losing in the quarter final at the Paris Masters to Milos Raonic, the Swiss legend has been in good form coming in to the finals, having defeated Djokovic in that semi-final in Shanghai but also going on to claim the Swiss Indoors in Basel later in the same month. Federer seems determined to end the season on a high and is working hard to ensure that will happen. Paddy Power has odds of 10/3 for Federer to go on and win his third ATP World Tour Finals. 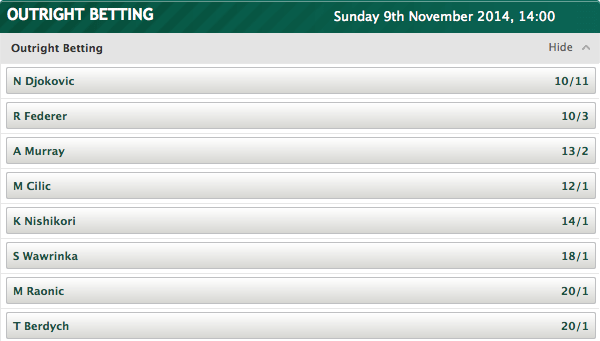 Novak Djokovic will be aiming to seal his third win at the ATP World Tour Finals in London and has previously defeated Roger Federer in the final, doing so in 2012. In a tightly fought contest, Djokovic took the match 7-6 7-5 and is the only player to defeat Federer in the final at London. It was a fantastic final and fans will be hoping for more of the same this year.

However, Federer also has good memories of playing this event at London, having won the event in the English capital twice and in total a superb six times, which is a record that even Djokovic is not close to beating at this moment in time.

Looking at the other likely contenders and Andy Murray is going to be cheered on by the British public in London and has featured in every ATP World Tour Finals event since 2008. Having claimed the Wimbledon title in 2013, Murray has not quite been able to reach the same heights at the tour finals, making the semi-finals on three occasions but always losing to the eventual tournament runner-up. Having said that, with no Rafael Nadal, a big loss to the event as a whole, Murray will feel that it’s his time to reach the final and is coming in to the event in excellent form. Andy Murray can be backed at 13/2 with「Paddy Power」to win his maiden ATP World Tour Finals tournament and if he can repeat his performances from Vienna and Valencia, anything is possible. The only issue will be Murray’s fitness, having played so many events recently, tiredness could creep in but if he can repeat the recent athleticism shown in Valencia, the Scot has a good chance of going all the way.

So who are the other players to look out for this year? As stated previously, the loss of Rafael Nadal is a big disappointment but it does open the door to another player and Japan’s Kei Nishikori could be the man to take full advantage. Nishikori, who is available at 14/1 with「Paddy Power」to win the Barclays ATP World Tour Finals, has more than doubled his ATP career title wins in 2014, including two victories on indoor hard-court surfaces at Kuala Lumpar and Memphis, which bodes well for London. Nishikori also won the Japan Open this year ahead of a strong field, including Stanislas Wawrinka, David Ferrer, Milos Raonic and Jo-Wilfried Tsonga. 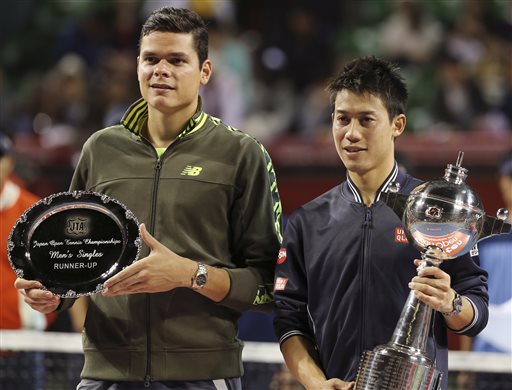 Stanislas Wawrinka suffered a shock early defeat in the first round of the Japan Open but has enjoyed a good 2014, lifting his first Grand Slam trophy in the Australian Open and also tasting victory at the Monte-Carlo Rolex Masters. Both of those tournaments featured the world’s top players and Wawrinka will not fear anyone in London but has performed poorly in recent tournaments, including the Paris Masters and this reflects his current odds of 18/1, which pushes him down the list of favourites for London. The Swiss will certainly have to up his game if he is to mount a strong challenge. 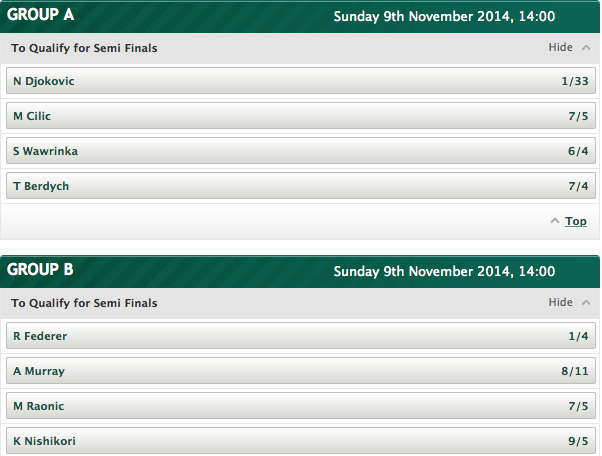 A player who will be entering the Barclays ATP Tour World Finals with confidence is Canadian Milos Raonic, who defeated Roger Federer on his way to the Paris Masters final last week. Despite losing the final to Novak Djokovic, Raonic will have been delighted with his performance, having also defeated fellow tour finalist Tomas Berdych in the semi-finals of the event. Raonic is on offer at 20/1 with「Paddy Power」to go one further than his runners-up spot in Paris and win the Barclays ATP World Tour Finals in addition to coming in at 7/5 to reach the semi-finals. 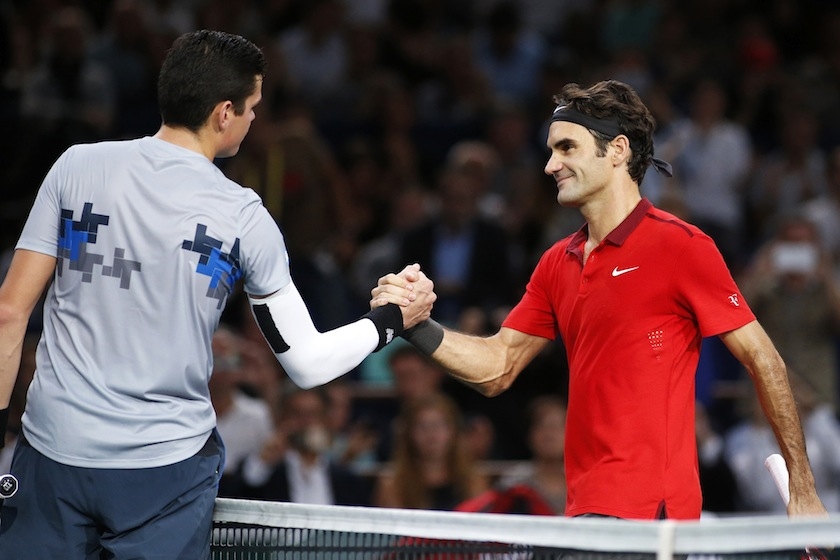 With the excitement building, for what is sure to be a fantastic end of season tournament, it’s difficult to look beyond the current world number one, Novak Djokovic. Having taken a short break from the tour to be with his family, the Serb looked impressive when winning the Paris Masters last week. Milos Raonic will be a danger considering he made it through to the final in Paris at the expense of both Roger Federer and Tomas Berdych but with Andy Murray showing signs of fatigue in the same event, Federer is still likely to be the main challenger to Djokovic. Having already contested one ATP World Tour final between them, back in 2012, who’s to say it will not be another meeting between Djokovic and Federer again at London in 2014? 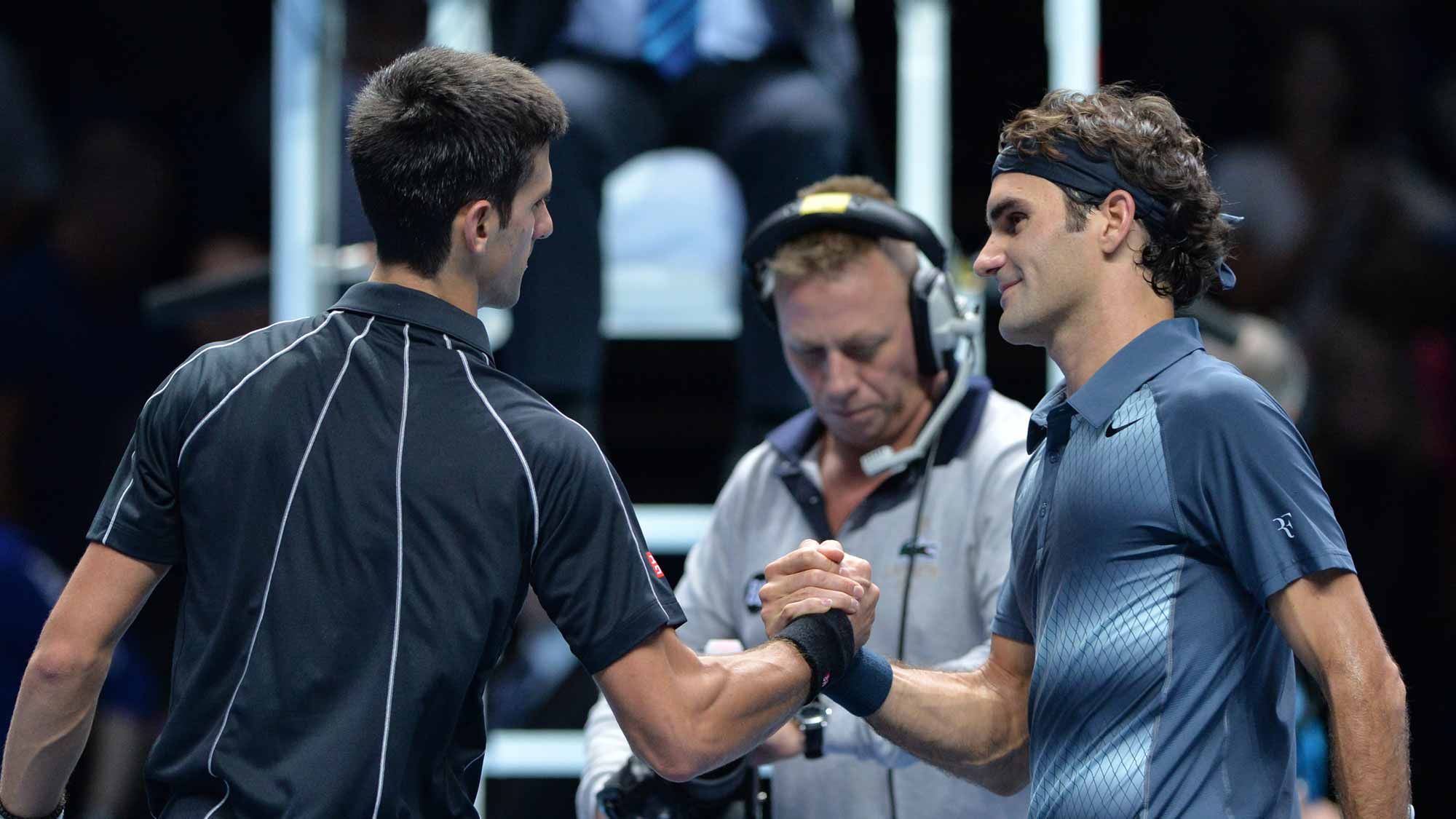 Check here to see who bookie Top Bet has to take it all Down Under as the 2019 tennis season commences!
【Sportingbet】Can the Kings Retain the Throne for Another Year? 2014-15 NHL Season Odds Unveiled!
【Bookmaker】Will the UK Wildcats Control Their Own Destiny? Oddsmakers Expose Who Has the Upper Hand!
Home
Tennis