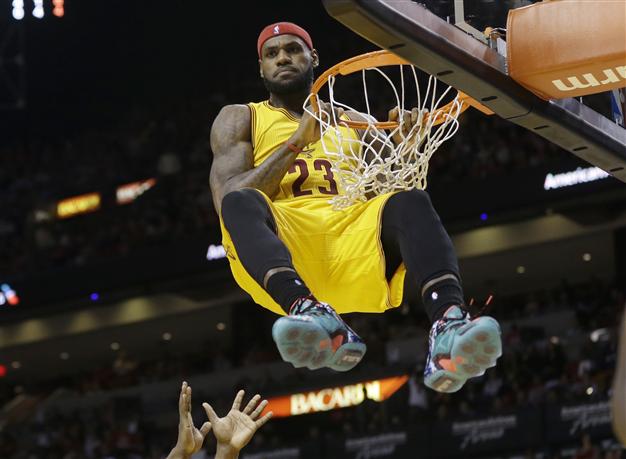 The NBA playoff season is here and if you have not been paying attention to professional basketball since the opening tip-off last Halloween you are going to need a program to identify the players. Two of the three best teams in basketball over the past five seasons – the Miami Heat and Oklahoma City Thunder – are nowhere to be found. You won’t find the Lakers either. As Paul Newman once famously said as Butch Cassidy, “Who are these guys?”

Starting in the Eastern Conference where division winners Toronto and Cleveland have never won an NBA championship and the other titlist – Atlanta – has not raised a banner since Hall of Fame forward Bob Petit was roaming the court in the 1950s and the franchise was in St. Louis. In the Western Conference, none of the three division champions – Portland, Golden State and Houston – has finished higher than fifth in the regular season this century before 2015. 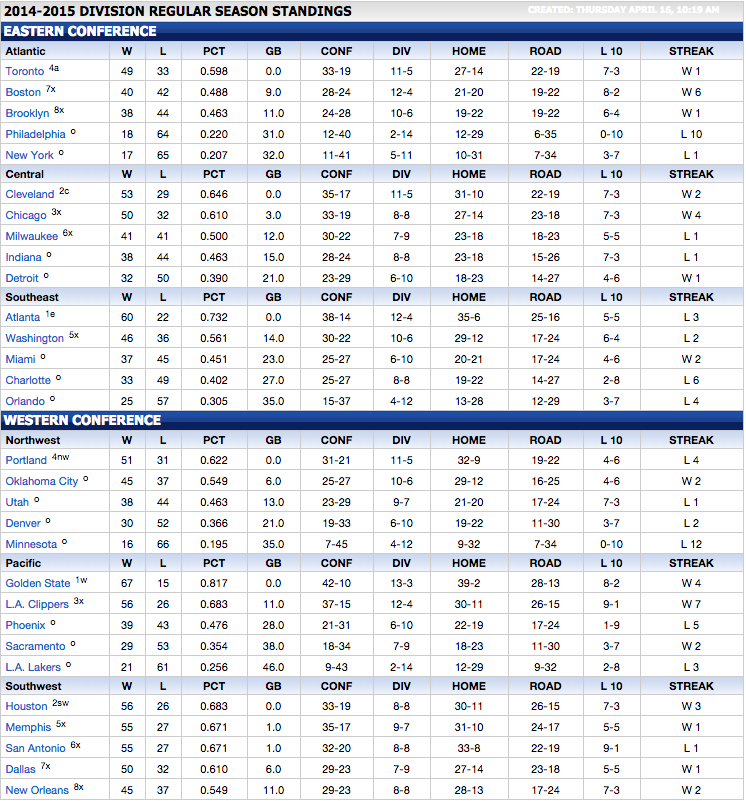 So what do the oddsmakers conclude for all these new names in unfamiliar places?

No team will be out to prove itself not to be a fluke more so than the Atlanta Hawks. Atlanta dominated the regular season and rolled to a franchise record 60 wins. The Hawks are a balanced bunch who can turn to any of the five starters on the floor for points. Atlanta’s first-round match is with the well-seasoned Brooklyn Nets where they will meet former Hawks star Joe Johnson. The Brooklyn five unexpectedly snuck into the playoffs on the final night of the regular season but most books do not expect their season to last more than one more week. Ladbrokes lists the Hawks as 11/4 favorites to capture the Eastern Conference championship. 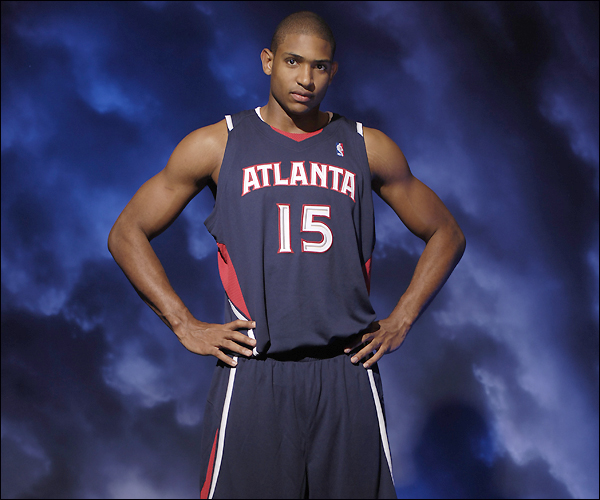 But despite Atlanta’s admirable regular season performance they are rated only second best in the East in this playoff season. Everybody’s favorite to make it to the NBA Finals from the Eastern Conference is the LeBron James-led Cleveland Cavaliers. James’ return to his hometown was the biggest off-season news and anticipated regular season storyline since he left Cleveland four years earlier to play for Miami.

The adjustment period seemed interminable as the Cavaliers started the season only 19-20. But the second half has lived up to expectations as Cleveland has rolled to 34-9 record over its final sat 43 games. Bovada expects more of the same in the playoffs and has installed James, Kyrie Irving, Kevin Love and company as overwhelming 1/2 favorites in the East, the shortest odds of any NBA team in the playoffs. 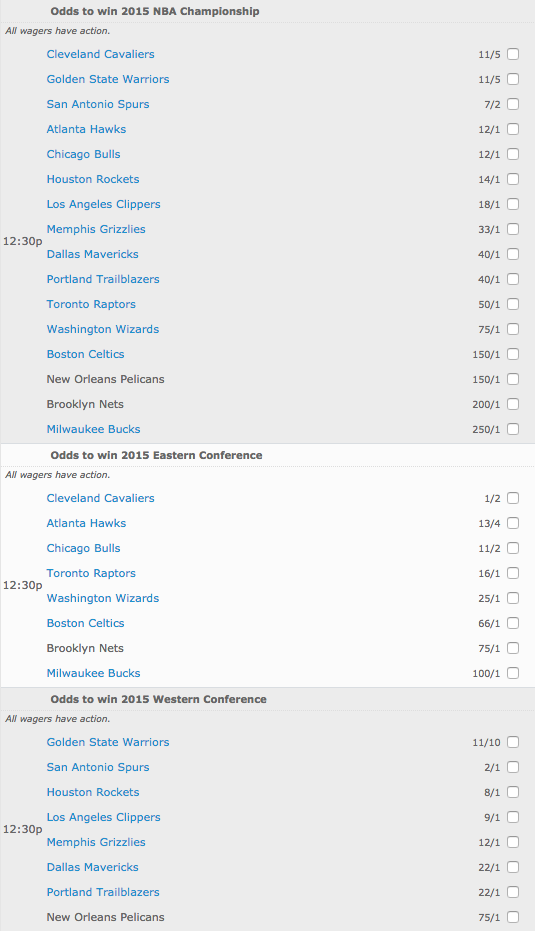 Out West, the Golden State Warriors also produced an all-time best regular season piling up a gaudy 67 wins, including a 39-2 mark at home. The Warriors have not made noise deep in the playoffs since Rick Barry was shooting underhand free throws in the 1970s. But first-year coach Steve Kerr is expected to bring some of his playoff experience garnered as Michael Jordan’s running mate in the Chicago Bulls’ backcourt to his young troops. Kerr has the building blocks to win a title with elegant guards Stephen Curry and Klay Thompson. Those backing the Warriors will find 11/5 odds on the Warriors as co-favorites with the Cavaliers to win the 2015 NBA Championship at Bovada. 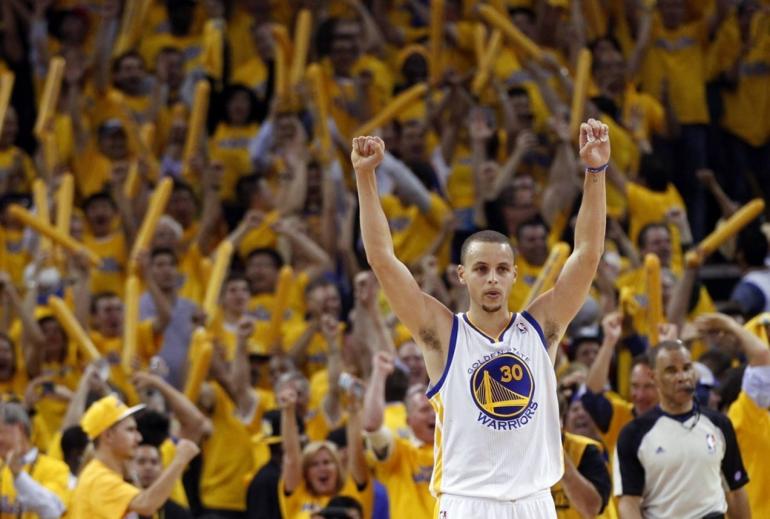 Fans will get an early look at Golden State’s mettle as they face the freshest face in the NBA playoffs – the New Orleans Pelicans in their opening playoff series. The Pelicans are led by 22-year old forward Anthony Davis who led the league in blocked shots and compiled a 30.8 Player Efficiency Rating (PER) that was only the 19th time in league history a player recorded a season higher than 30.0. Davis led the Pelicans into the playoffs on the final night of the season with an impressive thrashing of the San Antonio Spurs and the Golden State-New Orleans match-up promises to be one of the most intriguing clashes of No. 1 and No. 8 seeds in years. 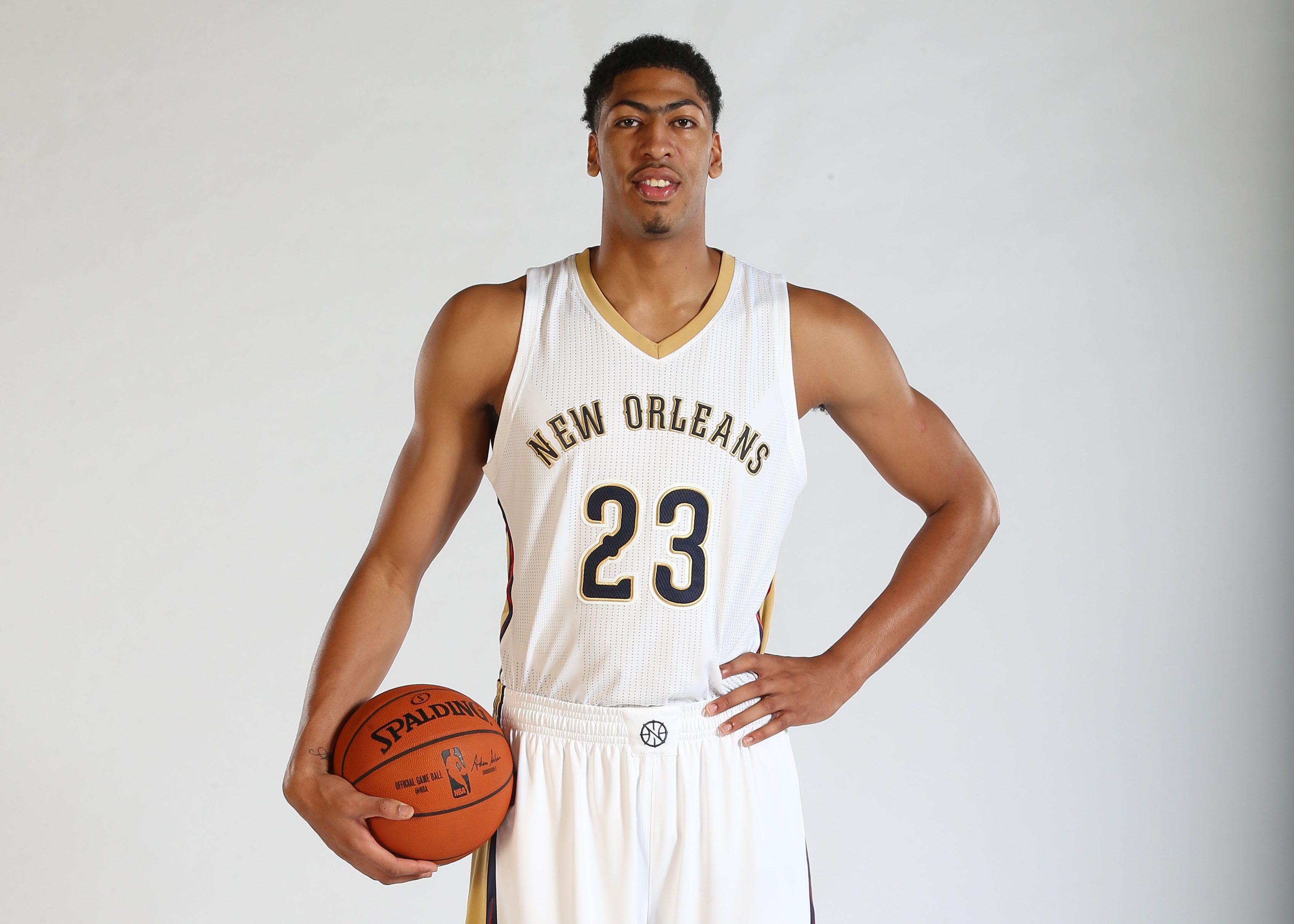 Those Spurs were not coasting into the playoffs as they had previously while winning four championships in the 2000s. They had won nine consecutive games by an average of more than double figures going into the New Orleans game and were battling for the No. 2 seed in the West. But the loss to the Pelicans tumbled the Spurs all the way into the No. 6 seed and a clash with the Los Angeles Clippers led by superstars Chris Paul and Blake Griffin. The one thing San Antonio has not accomplished during its epic run of the past dozen years is to win back-to-back titles and despite their poor seeding, Bovada makes Gregg Popovich’s squad a skimpy 2/1 favorite to do that this year. 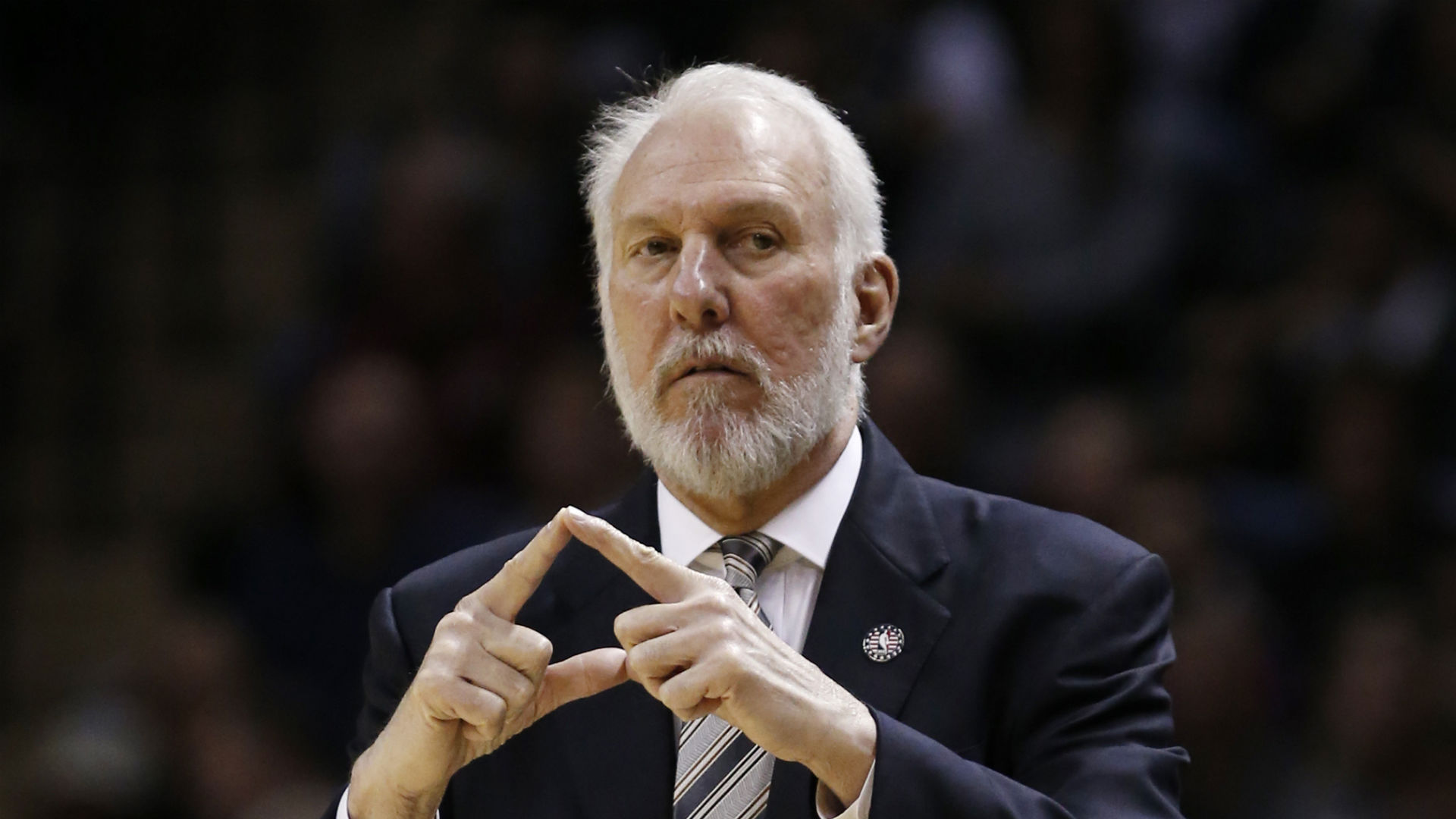 Playing in the Southwest Division of the Western Conference has certainly prepared the Spurs for the pressure cooker of the NBA playoffs. All five teams qualified for the title chase with three teams finishing an even 8-8 in division play. Only the Memphis Grizzlies pushed their nose above .500 with a 9-7 mark, leaving Dallas at 7-9. Ladbrokes makes this smashmouth division the favorite to produce the eventual NBA champion at 19/10.

The venerable British bookmaker also offers some fun plays on the NBA playoffs. For those geographically inclined punters, California is given 11/5 odds to be hosting a playoff parade come June (either for the Warriors or Clippers) while Texas (San Antonio, Houston or Dallas) is 10/3. You may want to avoid the New York bet here since you only get the chances of #8 seed Brooklyn at 125/1 when betting on the Nets team to win returns 200/1. Any other state, Cleveland and Atlanta backers should note, fetches a field bet of 5/6. 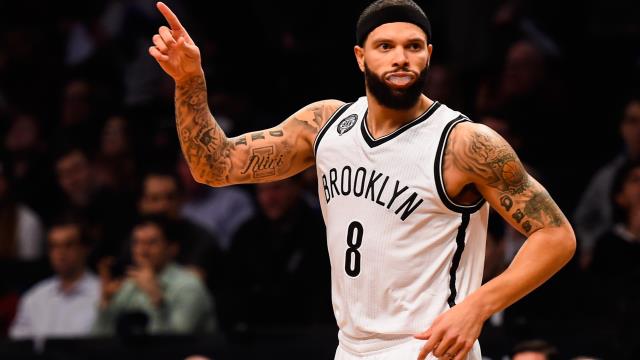 And what if the 2014-2015 regular season was not an illusion and the two 60-win teams, Atlanta and Golden State clash in the Finals? If you bet on both the Hawks to beat the Warriors and the Warriors to beat the Hawks either result will return a handsome profit of 12/1 at Ladbrokes.

All that is left is for the playoffs to commence. Get ready to watch NBA’s best battle it out on the hardcourt for supremacy!

Celtics/Raptors Face Off in Pivotal Game 7

Boston and Toronto's series will be closed out tonight. Which team will prevail? Bookmaker 18Bet has the latest odds for the NBA.

Nikola Vucevic is set for his Bulls debut in Saturday's clash with the Spurs. Bookmaker 10Bet has all the latest odds for the NBA.
【Bookmaker】NHL Playoffs: Who are the Handicappers Picking to Take the Stanley Cup?
【Bookmaker】Money vs. Pac Man: And the “Fight of the Century” Odds are on…
Home
Basketball