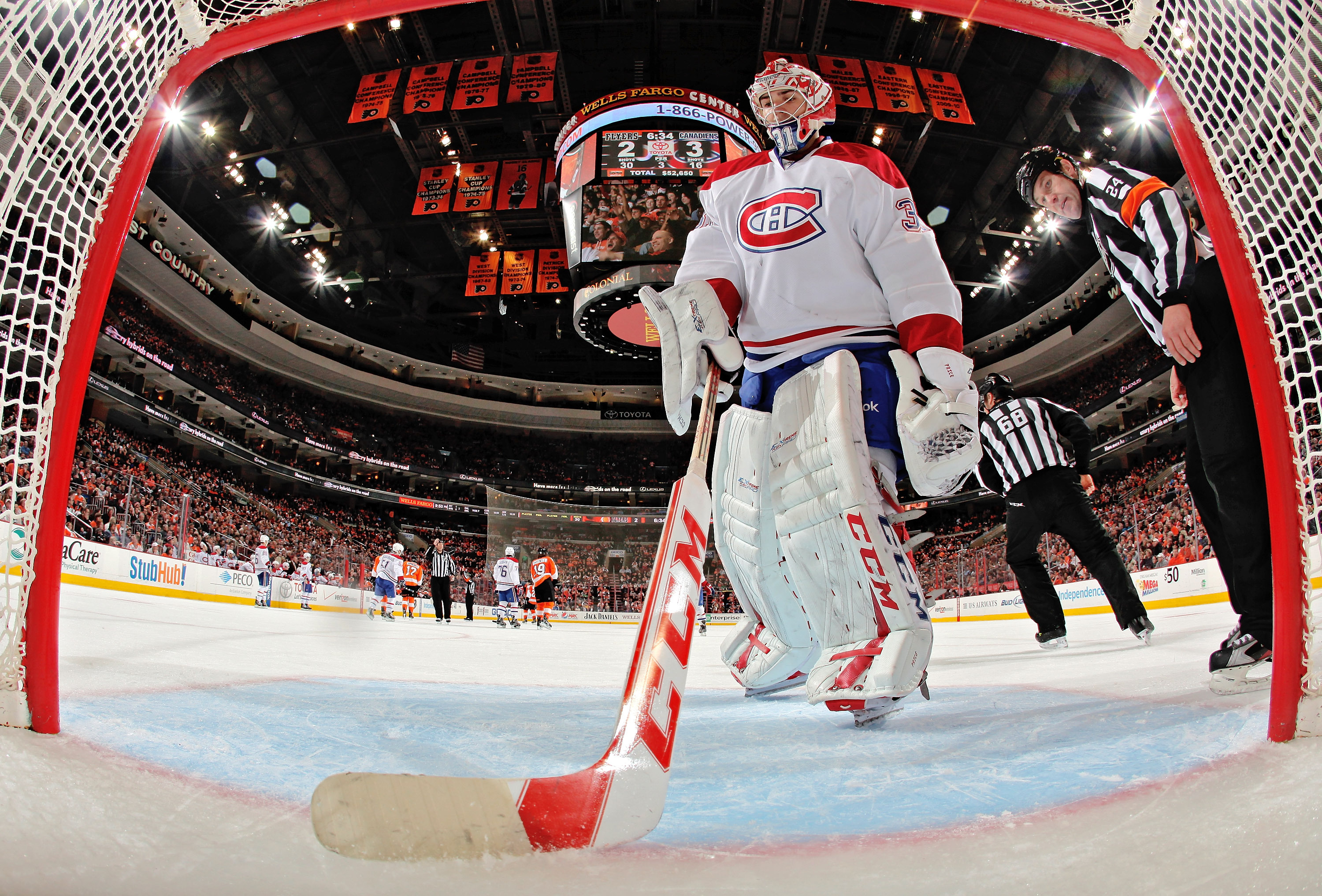 As we skate into the National Hockey League playoffs the only thing that is certain in 2015 is that there will still be no repeat Stanley Cup champion this century. The Los Angeles Kings, bidding for their third championship in four years, instead became the first defending champion to miss the playoffs since 2008. While Rink Royalty dissects what went wrong in a roller coaster season, major league hockey will look to crown a new winner of Lord Stanley’s cup.

The New York Rangers, last year’s loser in the Finals, are looking to buck history and become only the second runner-up to rebound and win the title the following season. The Broadway Blueshirts took the first step in that quest by establishing new franchise records with 53 wins and 113 points. Online bookie 888sport has installed the Rangers as a 6.50 favorite to bring the Stanley Cup back to Manhattan Island for only the second time in 75 years. 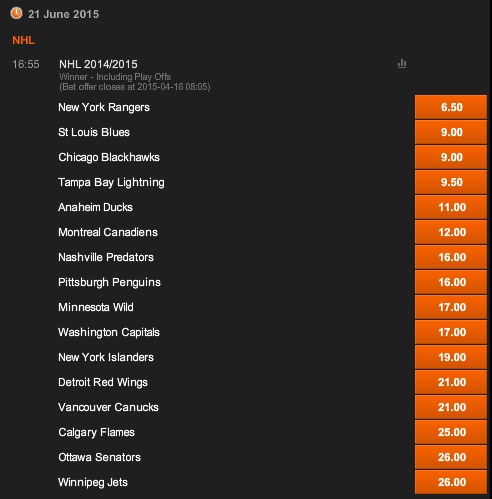 New York draws the Pittsburgh Penguins in its opening round. The Penguins finished with only five fewer losses than the Rangers during the regular season but needed to win on the final day to squeak into the playoffs. Stars Sidney Crosby and Evgeni Malkin are still on the ice but it has not been enough for the Pens to score more than three goals in one game in nearly a month; Pittsburgh goalie Marc-Andre Fleury did lead the league in shutouts while posting a gaudy .905 save percentage, however. The Penguins managed only a tie in four meetings against New York in the regular season and Swedish bookmaker Unibet likes the Rangers as 1.45 favorites in the series. 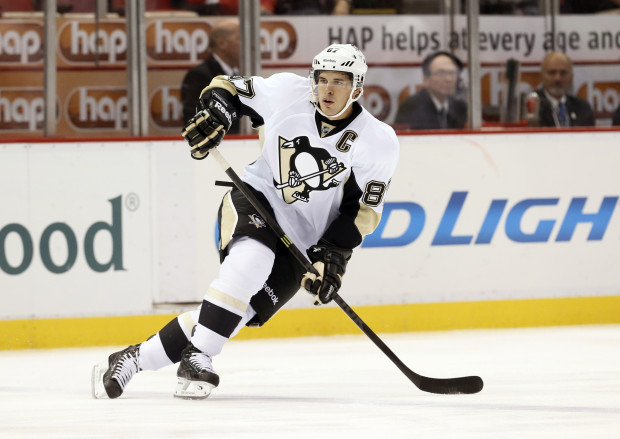 No one is coming into the Stanley Cup playoffs on a hotter run than the Ottawa Senators behind the fairy tale emergence of tender Andrew (Hamburglar) Hammond. Forced into action by injuries to the two veterans ahead of him, Hammond became only the second goal stopper in the history of the league to allow two or fewer goals in his first 12 career starts. He began his career 20-1-2 and the Sens rode their hot goalie into the post-season with a 21-3-3 record over the final third of the season. Believers in the hot hand in net or just a great story can find big value at the betting windows at 888sport as the Senators are the longest shot on the board in the chase for the Stanley Cup at 26.00. 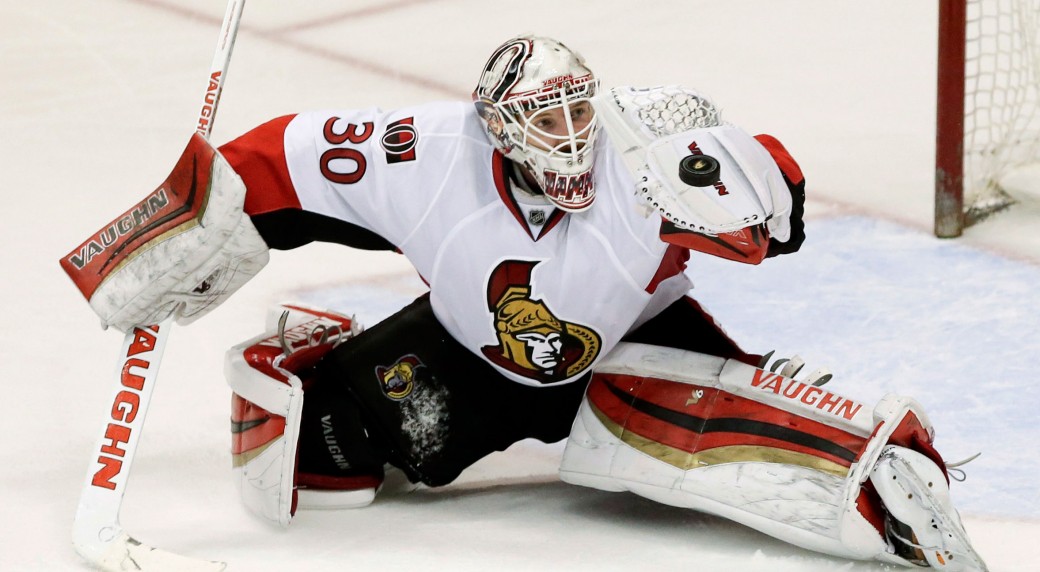 Part of the long odds are attributable to the war Ottawa faces in the opening round with its countrymen from Montreal. The Habs raced to a fast start in the regular season and managed to hold on for 50 wins but could be without star left winger Max Pacioretty who has been bothered with concussion symptoms. Even if Pacioretty is fit for the playoffs, goals are going to be hard to come by in this grudge match. Montreal has proved dominant in the regular season against Ottawa and that coupled with the home ice advantage have conspired to make the Canadiens a 1.55 favorite in the series but never rule out the team of destiny. 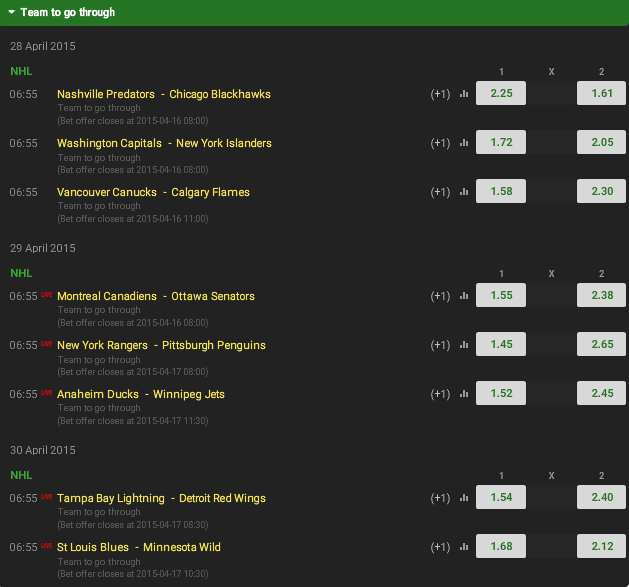 Ottawa is not the only national capital dreaming of a parade this summer. In Washington, Alex Ovechkin was the league’s top goal scorer with 53 and led hockey’s best power play while puck-stopper Braden Holtby has matured into a reliable tender on the back end. Their first-round opponent, the New York Islanders, will have extra motivation as they skate in the 43-year old Nassau Coliseum for the last time before moving to the Barclays Center in Brooklyn. In its time, only Edmonton’s Northlands Coliseum, saw more Stanley Cup championships than Nassau. In the most evenly matched of the opening round tussles, Washington comes in as a slight favorite (1.72) over the Islanders (2.05). 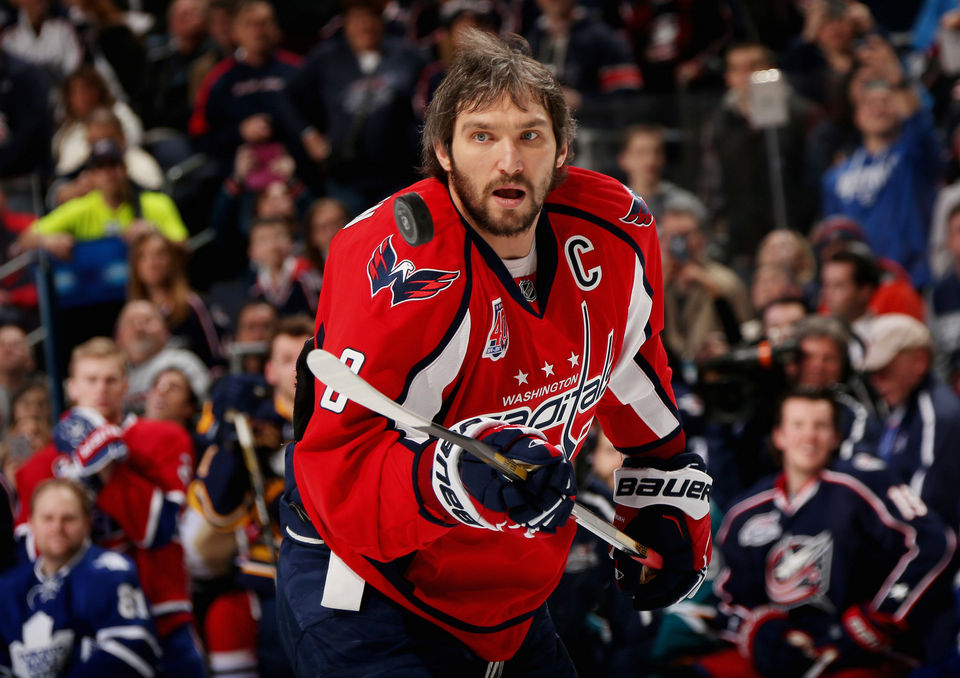 For storylines in the Eastern Conference, they do not come much richer than the Tampa Bay Lightning against the Detroit Red Wings. Steve Yzerman was so good as a center for the Red Wings that he was just called “The Captain” while leading the Red Wings to three Stanley Cup championships. He was even voted the most popular athlete in Detroit sports history. But now he comes to town as general manager and builder of the Lightning, a team that recorded 50 points for the first time ever. This promises to be a hard-checking, low-scoring affair that will put an exclamation mark on a season notable for low scoring. The Red Wings possess the experience advantage but the Lightning (1.54) are expected to exploit Detroit’s season-long trouble between the pipes. 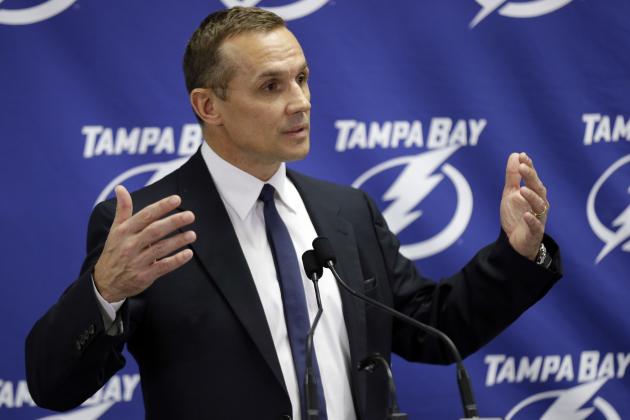 The Central Division of the Western Conference is packed with teams holding Stanley Cup aspirations as they get ready to beat up on each other. The top four playoff entrants from hockey’s toughest division piled up 100 points during the regular season. The Chicago Blackhawks entered the year as pre-season Stanley Cup favorites and overcame a defense whittled down by injuries with an offense that led the league in shots. Their first-round opponent, the Nashville Predators, opened the season as 50.00 longshots but broke fast and clinched a playoff spot with six games still to go – they lost all six but still finished ahead of the seasoned Blackhawks. Nonetheless, the Predators are the only higher seed listed as underdogs (2.25) in the opening round of the 2015 Stanley Cup Playoffs. 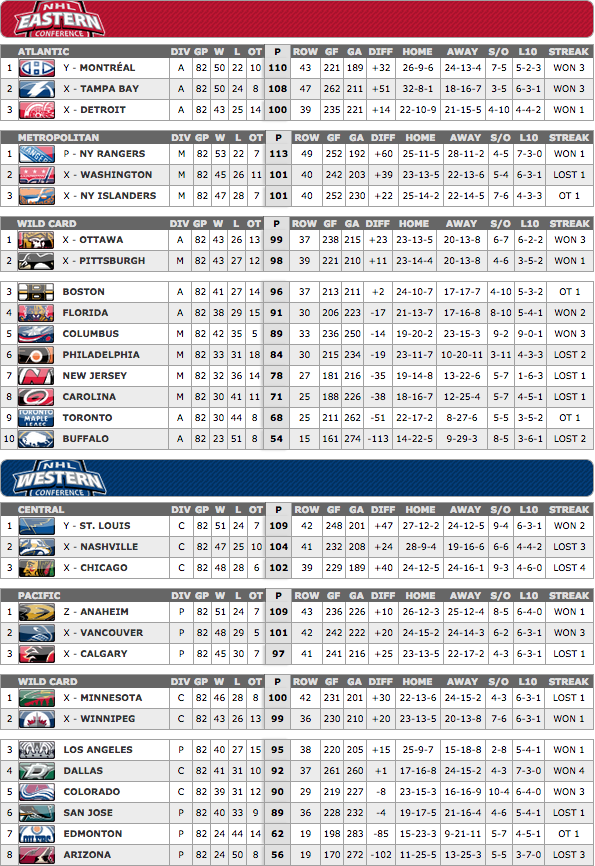 The Minnesota Wild, like the Senators, have found unexpected Cup fever in the form of a new goalie. Devan Dubnyk was acquired in mid-season and posted a 27-9-2 mark with a 1.78 goals-against average in the second half. If he stays hot it could upend the Cup plans of division-winning St. Louis. The Blues are clearly the better team on skates but their questions are in net. The Blues and Blackhawks are listed as short 9.00 favorites to win the Cup but both could fall in the first round and never get out of their division. 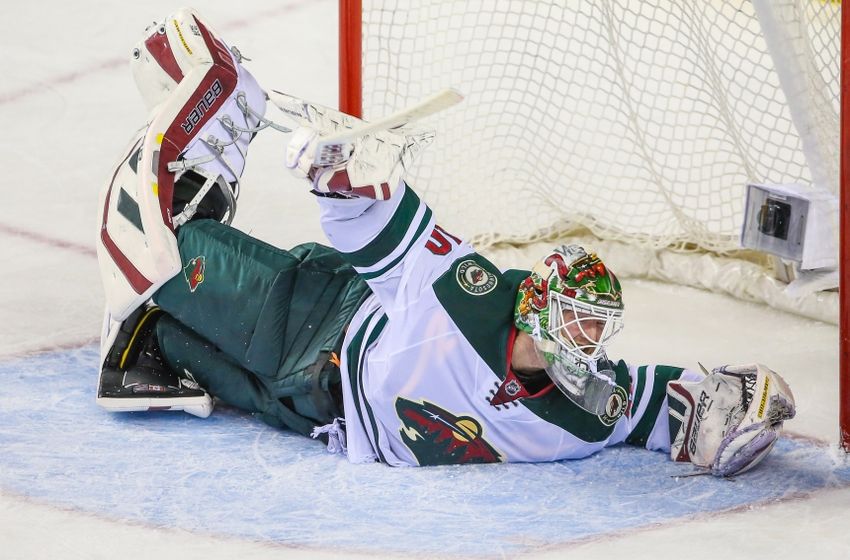 The oddsmakers anticipate no such worries for the Anaheim Ducks who come in as the second shortest first round favorites at 1.52 against the Winnipeg Jets. The Ducks swept the season series, 3-0, and while this is Winnipeg’s first time qualifying for hockey’s Sweet Sixteen since 2007, Anaheim has coasted to its third straight Pacific Division crown. Of course, neither of those earlier titles produced a championship so the Ducks are going to have to prove they are a team built for the grind of playoff hockey and not just a regular season wonder. 888sport has the Ducks as a 11.00 favorite to supply that proof this year. 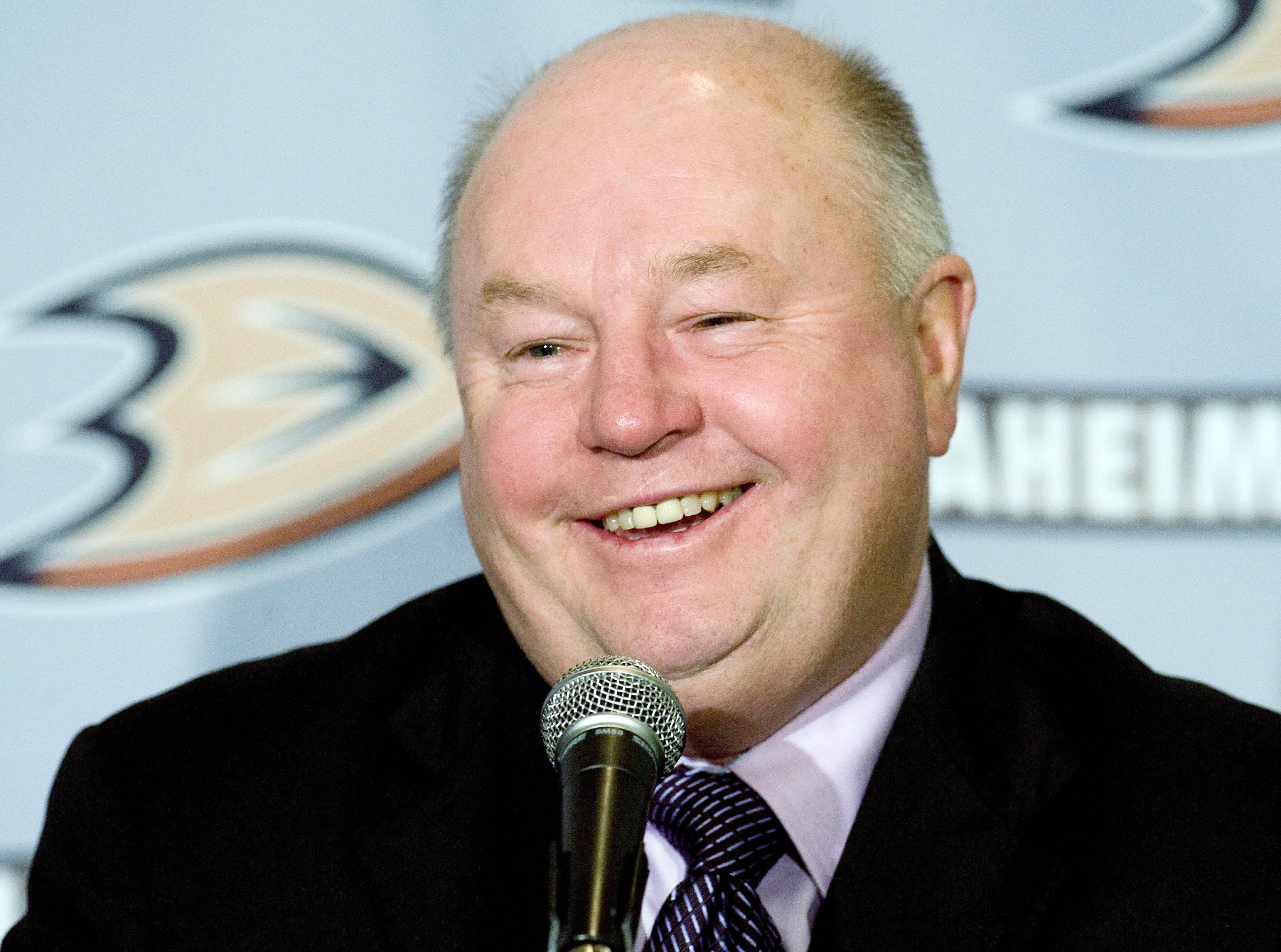 One thing is for certain, all bets are off once the playoffs commence with the first puck hitting the ice. Get ready for an exciting two months of NHL action at its finest!

Who Will Walk Away with the Stanley Cup?

With the playoffs set to begin, sportsbook Top Bet showcases the odds to win it all!

We're about to enter the new year. Who will be crowned Stanley Cup champion in 2020? Bookmaker SportsBetting has the latest odds for hockey.
【Bookmaker】IPL 2015: Can the Knight Riders Repeat? The Odds Say Otherwise…
【Bookmaker】The Oddsmakers Have Spoken! Who’s Taking the 2014-15 NBA Title?
Home
Ice Hockey