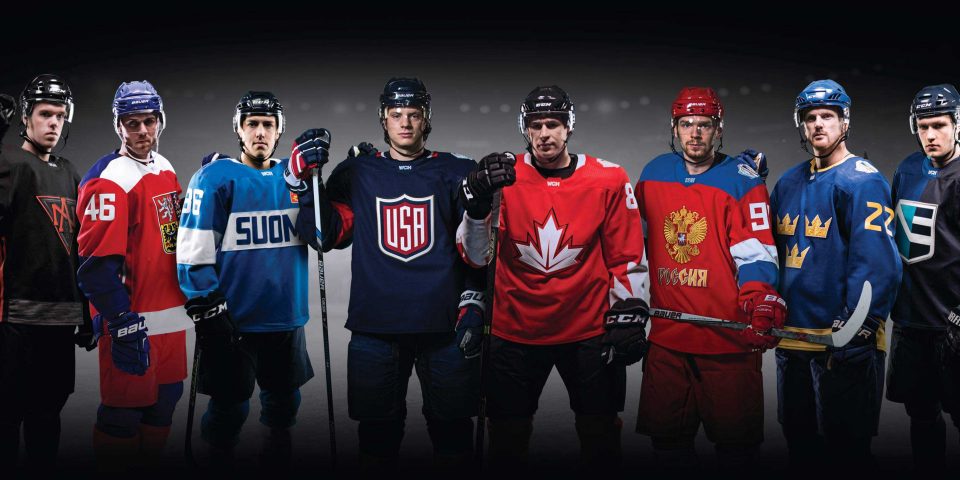 Bettors should toss a few dollars into the tip jar of the International Ice Hockey Federation for the way it has dealt the 2016 World Cup of Hockey to fans. Most international sports tournaments feature one or two top teams and the remainder of the bracket is filled out by qualifying tournaments that bring in countries that have little chance against the top squads. The result is lopsided games with short odds that offer little intrigue for punters.

Not so this year’s World Cup of Hockey. Of course, the World Cup does not have much history to bind it to traditional formatting. It arrived on the scene only in 1996 as a successor to the irregularly held Canada Cup – which the Canadians had won five times, losing only five times in 39 games. The United States won that first tournament but the World Cup was even more loosely organized than its predecessor. The next event was not until 2004 (Canada won) and it was not revived again until this year. But the World Cup is already scheduled for 2020 and ready to assume a permanent place on the ice hockey calendar.

For this edition the powers that be have opted not to have national teams fill out the lower seeds on the brackets. Instead, there are two wild card entries – one a North American team of All-Stars under the age of 23 and the other a European team of National Hockey League stars not qualified to play with one of the Euro hockey powers: the Czech Republic, Finland, Russia or Sweden. So there is the handicapping challenge for bettors normally reliant on past performances.

Canada is still the overwhelming favorite to take home the Frank Geary-designed trophy. The Canadians did invent the game after all and the tournament will be staged on home ice in Toronto. And the country produces by far the deepest pool of the best players. Team Canada has won three of the four Olympic gold medals this century, including the last two in Sochi and Vancouver. In 2014, Canada swept through the tournament without a defeat. Unibet has installed Canada as the 1.80 favorite to win this edition of the World Cup. 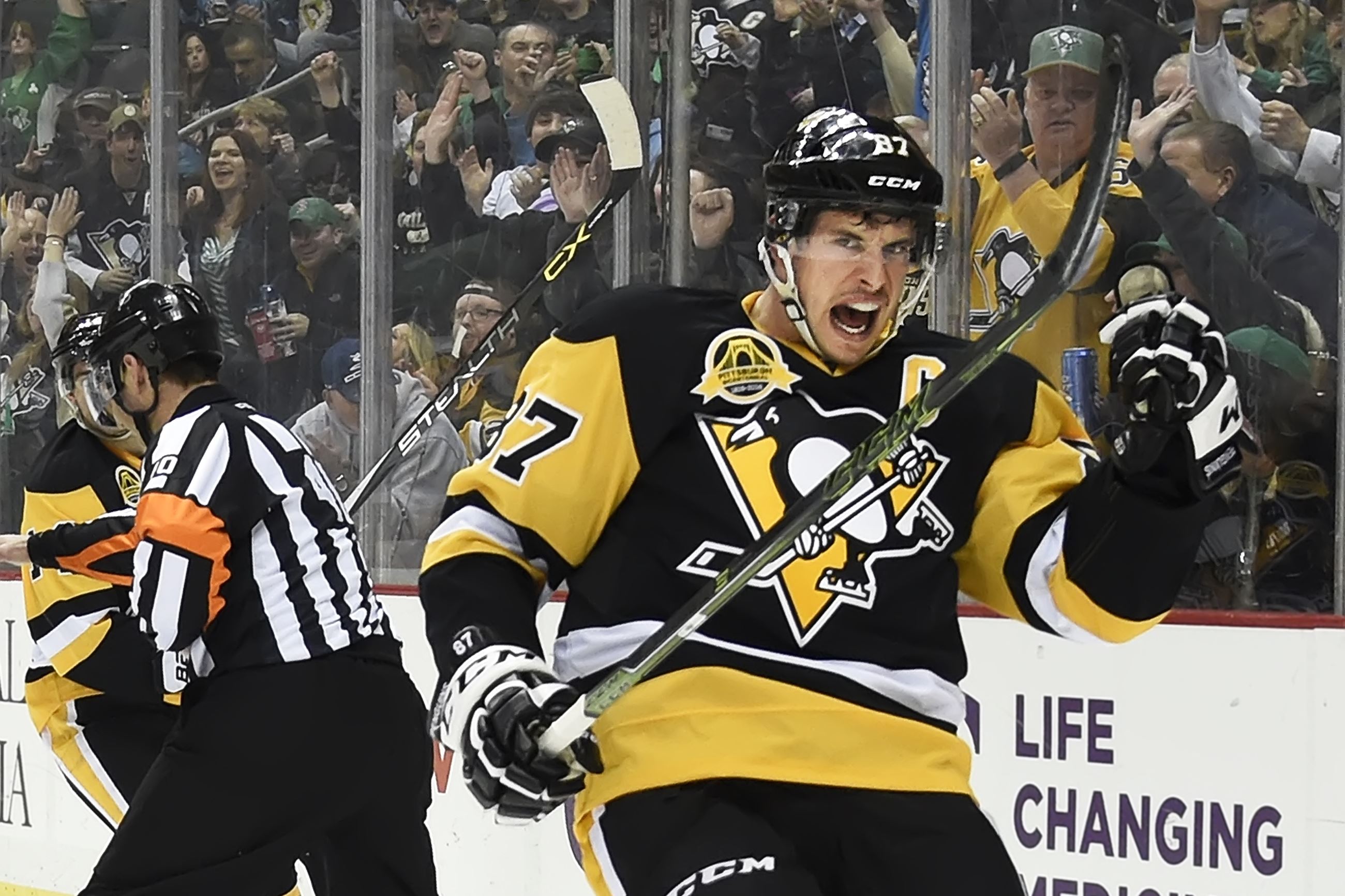 The teams have been engaged in pre-tournament exhibitions to give handicappers a chance to evaluate the seriousness with which players are taking this version of the World Cup. The biggest challengers to Canada are considered to be the United States at 6.50 odds. The two national teams have a long rivalry with the Americans only rarely rising to the level of their neighbors to the north. The two squads scrimmaged twice with the USA winning 4-2 on its home ice and the Canadians prevailing in Ottawa 5-2. More importantly, both teams exhibited intensity in battling each other, dispelling any concerns that the favorites might be holding back in wait for the upcoming NHL season. 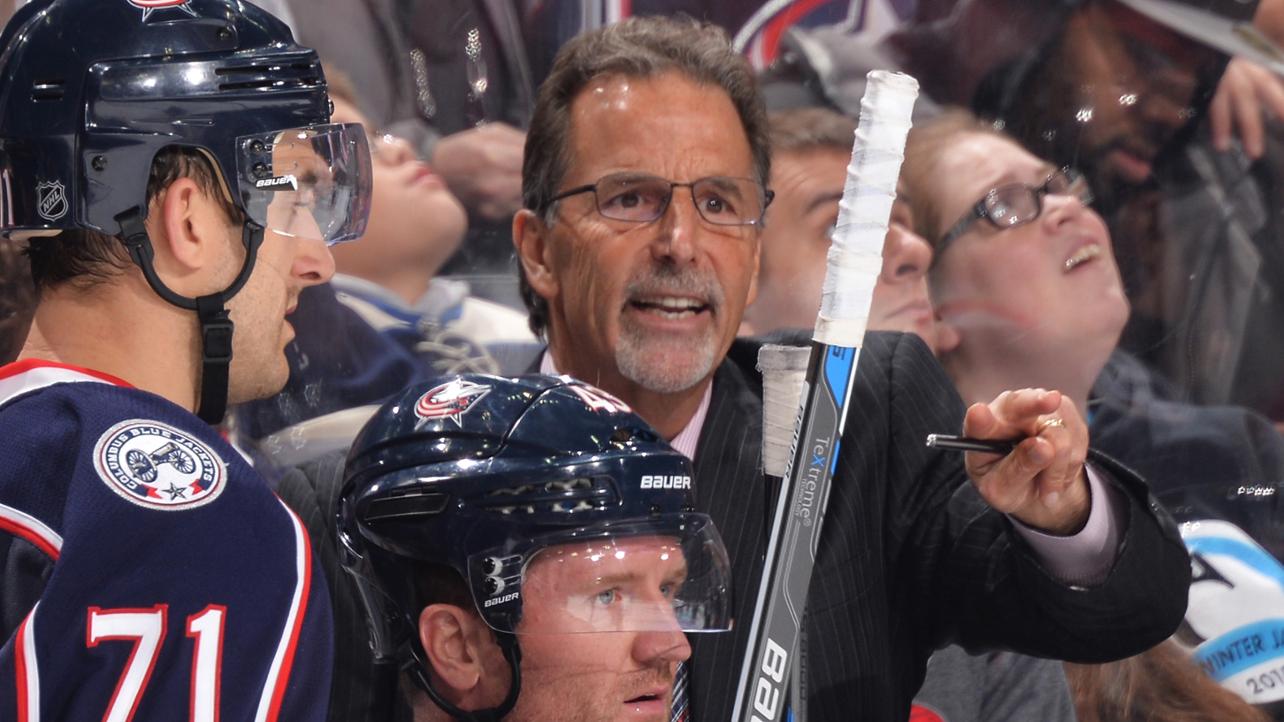 The United States will likely make its case on the defensive side of the ice. All of its goaltenders – Jonathan Quick, Cory Schneider and Ben Bishop – have seen time in exhibition play and are the strength of the team. If bettors are suspicious about this team’s ability to make it past the stronger skating Canada team, the USA is listed at 2.80 to make the finals. 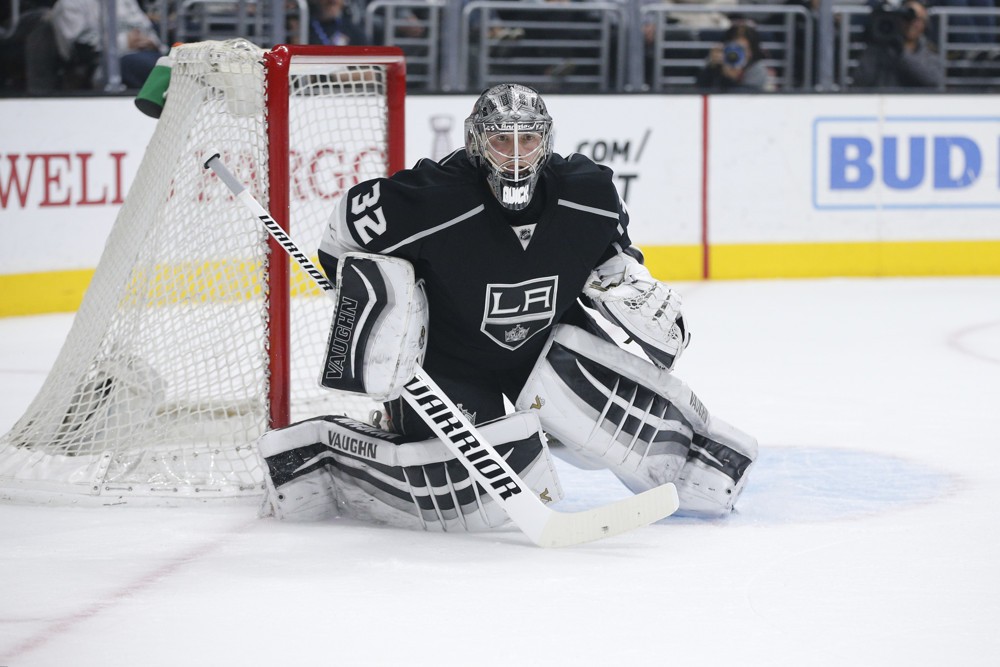 And what about those wild card teams? What can punters make of them? They have been tussling between themselves in exhibition play as well. So far, the “young guns,” featuring the next generational player in 19-year old Connor McDavid, have had the upper hand against Team Europe. Team North America also features known commodities such as defenseman Aaron Ekblad of the Florida Panthers (20 years old), center Jack Eichel of the Buffalo Sabres (19 years old), left winger Johnny Gaudreau of the Calgary Flames (23 years old) and center Nathan MacKinnon of the Colorado Avalanche (21 years old). It is an intriguing bunch and if they break through against their elders, they will reward backers at 11.00 and 4.50 if they make the finals. 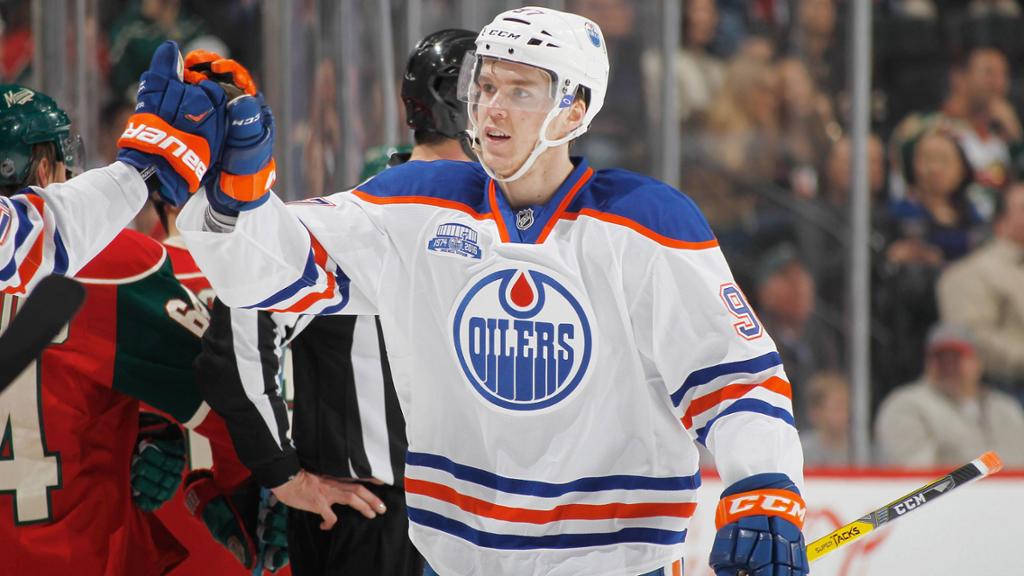 And European-facing bookmaker Betsson has some intriguing offerings with Johnny Gaudreau and Conner McDavid coming in at 4.50 and 5.50 respectively to be the top point scorer for Team North America during this year’s World Cup.

The main case against Team North America is a lack of depth on the roster and that will be the biggest obstacle for Team Europe as well. They too will have stars aplenty, such as Slovenian center Anze Kopitar who has been a key part of two Stanley Cup-winning teams with the Los Angeles Kings. It also won’t help the cause of Team Europe that their all-stars will never have played before and will begin a World Cup championship run with just 11 days of practice and a handful of exhibition games. They are regarded as the longshot in the eight-team field at 51.00. 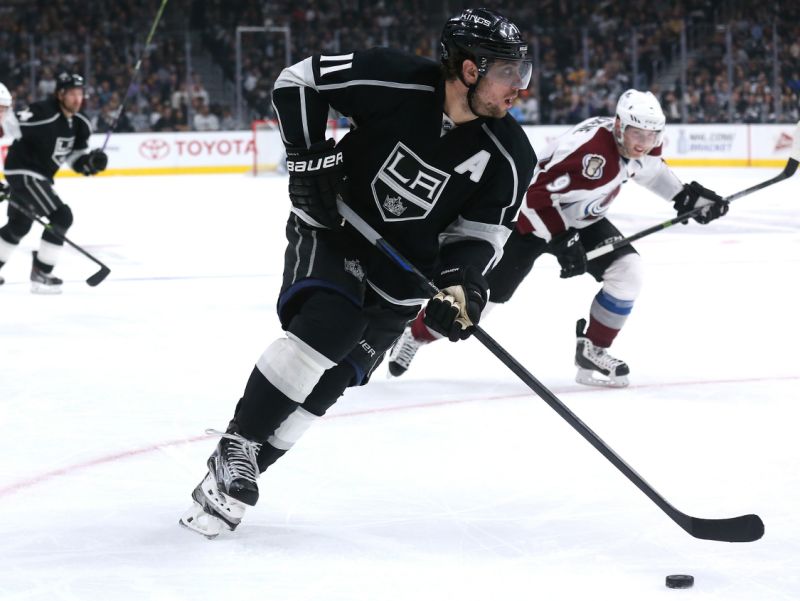 The quartet of European national teams are led by Russia and Sweden, both listed at 8.00. Russia will be an offensive juggernaut throughout the tournament, headed by left wing Alex Ovechkin who has led the NHL in goal scoring six times. Ovechkin has been a stalwart in international play since his days on the gold medal-winning Russian junior team in 2003. With the likes of Ovechkin, Evgeni Malkin, Vladimir Tarasenko, Nikita Kucherov and Pavel Datsyuk, the Russians may have enough firepower to overcome a suspect defense. 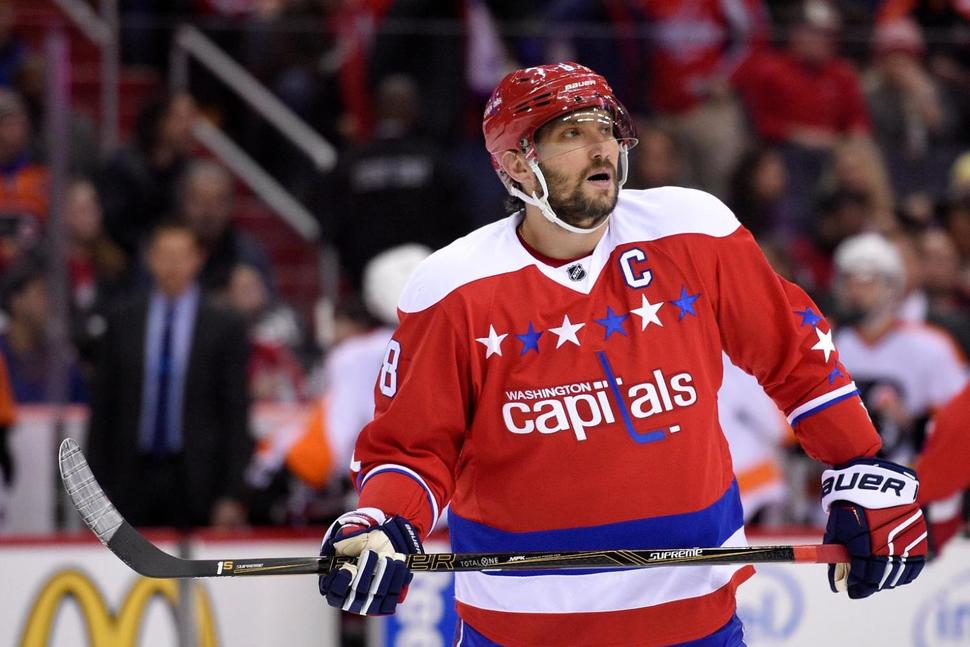 Defending the net will not be a concern for Sweden. “King Henrik” Lundqvist is still a force between the pipes at the age of 34. His work in net resulted in a gold medal for Sweden in the 2006 Winter Olympics that is the only stain of recent vintage on Team Canada’s Olympic record. Sweden is the favorite to capture Group B at 2.80 and would like nothing better than to meet up with Canada in the finals and avenge its 3-0 loss in the 2014 Olympics. 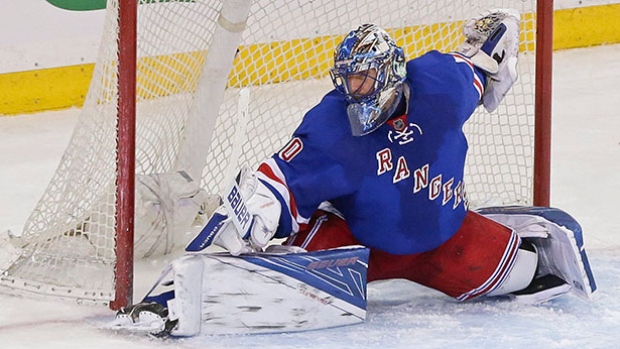 Boston Bruins Return From COVID Break with Fans Back in Stands

Can the Bruins finally beat the Islanders this season with fans back in attendance at the TD Garden? Bookmaker Bovada has all the latest odds for NHL action.

Two teams remain. Which team will exit the bubble as Stanley Cup champion? Bookmaker William Hill has the latest odds for the NHL.

Can the Canadians stay alive in the World Juniors, or will the Czech Republic step up in front of their native land? Bookmaker 10Bet has the latest odds for international ice hockey.
【William Hill】Can Real Romp to Another CL Title? The Odds are Unveiled!
【Marathonbet】The Chase for the Sprint Cup Heads Down the Final Stretch! Who’s Favored to Take the Crown?
Home
Ice Hockey