The Calgary Flames will experience first-hand tonight the offensive prowess of the Nashville Predators when they travel to Bridgestone Arena. The Predators have won their past four games and have scored the most goals in the Western Conference.

You can find the Preds at the top of the Central Division standings while the Flames, who have lost 2 straight are near the bottom of the Pacific Division.

Online bookmaker BetOnline has the O/U for total points at 6. 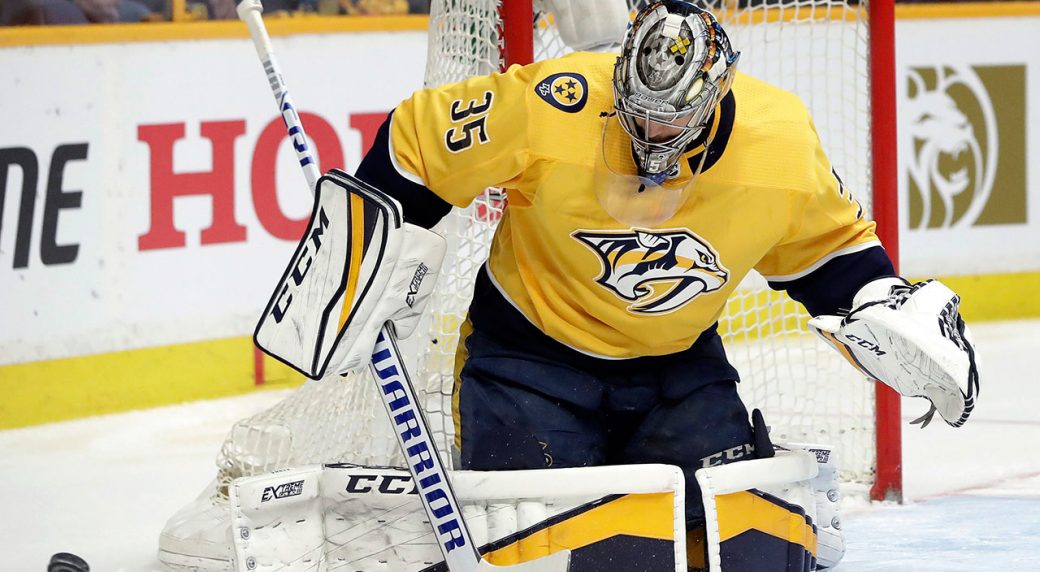 Both the Central and Pacific Divisions seem to be highly competitive in the early going of the NHL season. The Flames are 6-6-2 with 14 points but are still 3rd last in the Pacific currently. If the Flames manage to win tonight, they could jump to third in the division and be tied with the Vegas Golden Knights and Anaheim Ducks.

Defencemen Roman Josi and Ryan Ellis are the leading scorers for Nashville. The defensive pair have 13 points each on the season. Ellis leads the team in assists with 11 on the season.

Calgary’s top scorer is Johnny Gaudreau. The 26-year-old has 11 points (8 assists) on the season. Elias Lindholm is the team leader in goals with 8.

Pekka Rinne is likely to get the start for Nashville tonight. This season he owns a 7-0-1 record with a 1.74GAA and .937SV%. He also has 2 shutouts on the year.

In net for Calgary should be David Rittich. He was in the starter’s crease early this morning and is 5-4-2 with 1 shutout and a 2.86GAA. Rittich has also lost three of his last four starts.

These teams have had no trouble keeping the puck out of the net. Will that hold true tonight? Bookmaker 10Bet has the latest odds for the NHL.

【Bookmaker】Who’ll Skate to World Cup Glory on the Ice in Toronto? The Odds are Out!

European bookies Unibet & Betsson highlight the favourites for this year’s World Cup of Hockey. How does your team stack up against the competition?

Down but not out, can the Bruins avoid elimination tonight? Bookmaker William Hill has the latest odds for the NHL.
Will San Francisco’s Perfect Record Remain Intact on Thursday Night Football?
Ottawa Redblacks Hope to End 10-Game Losing Skid
Home
Ice Hockey