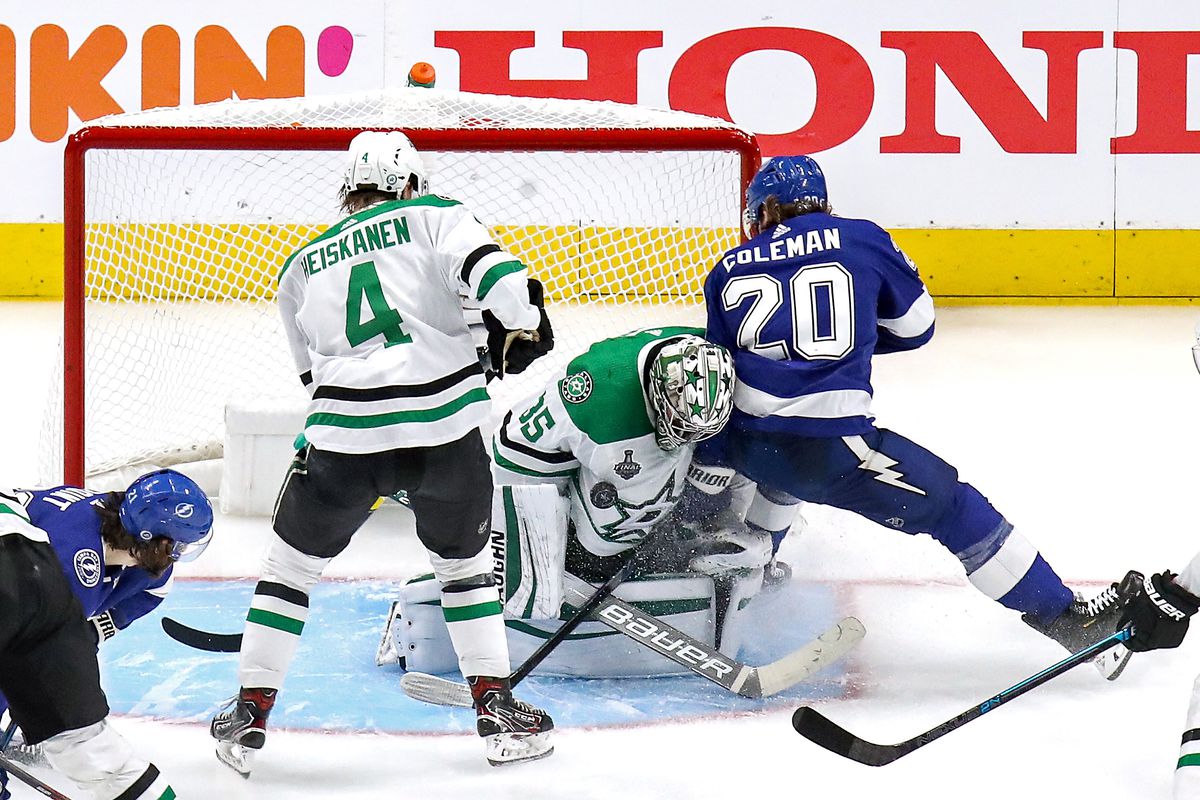 Five months after battling for supremacy in the 2020 Stanley Cup Finals, the Tampa Bay Lightning (13-4-1) and the Dallas Stars (6-5-4) meet again on Saturday.

Bookmaker Bovada has Tampa as the clear favorite with the odds for a Lightning win at -190, but a tight game is expected with the goals total set at 5.5.

Tampa, who won the finals 4-2, has pretty much continued this season where they left off in 2020 starting the year with a three-game winning streak and suffering only three defeats in the past 13 games. The team is averaging 3.56 goals per game, which trails only the Connor McDavid-led Edmonton (3.59) in the league.

The offense is hot despite 2019 regular-season MVP Nikita Kucherov ruled out for the year following hip surgery. Oft-injured captain Steven Stamkos looks back to his best with nine goals and 17 points in 16 games and the team has been getting good depth scoring all around. 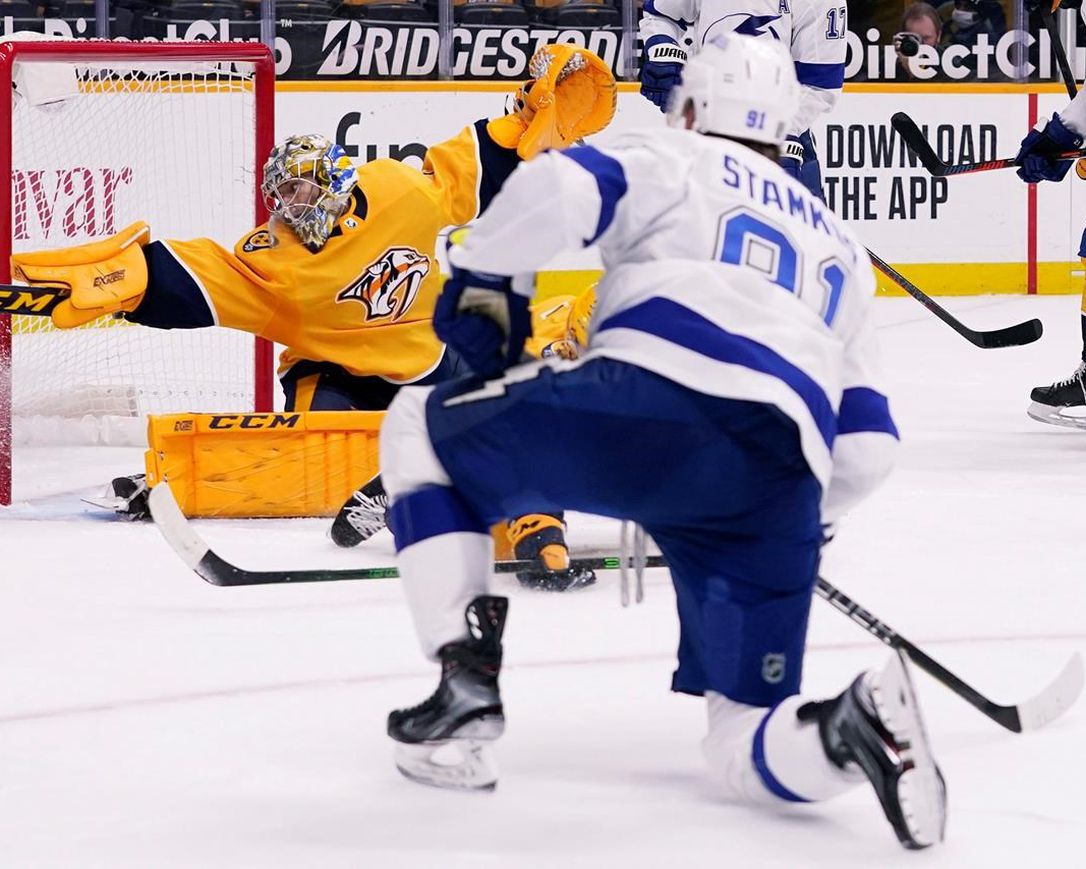 Defensively, the Bolts have also been the second-best team in the league allowing 2.17 goals-per game. Starting goaltender Andrei Vasilevskiy has just picked up his first shutout of the season in a 3-0 win over Carolina and boasts an 11-3-1 record for the year with a 1.67 goals-against average and a .935 save percentage.

The Stars are tied for the fourth-best defensive record in the league with a 2.38 goals-against average, but the team has been cold offensively as of late, which has led to seven defeats in their past eight games.

Dallas started the year with a four-game winning streak, but injuries soon took their toll and they have been without Alexander Radulov and Roope Hintz lately, while last year’s top scorer Tyler Seguin has yet to make his season debut after also needing surgery to fix a bad hip.

Injury problems upfront have left Rick Bowness’ team with a mediocre 2.88 goals-for average and the Philadelphia Flyers (24.3) are the only team in the league that’s averaging fewer shots per game than Dallas (26.5). 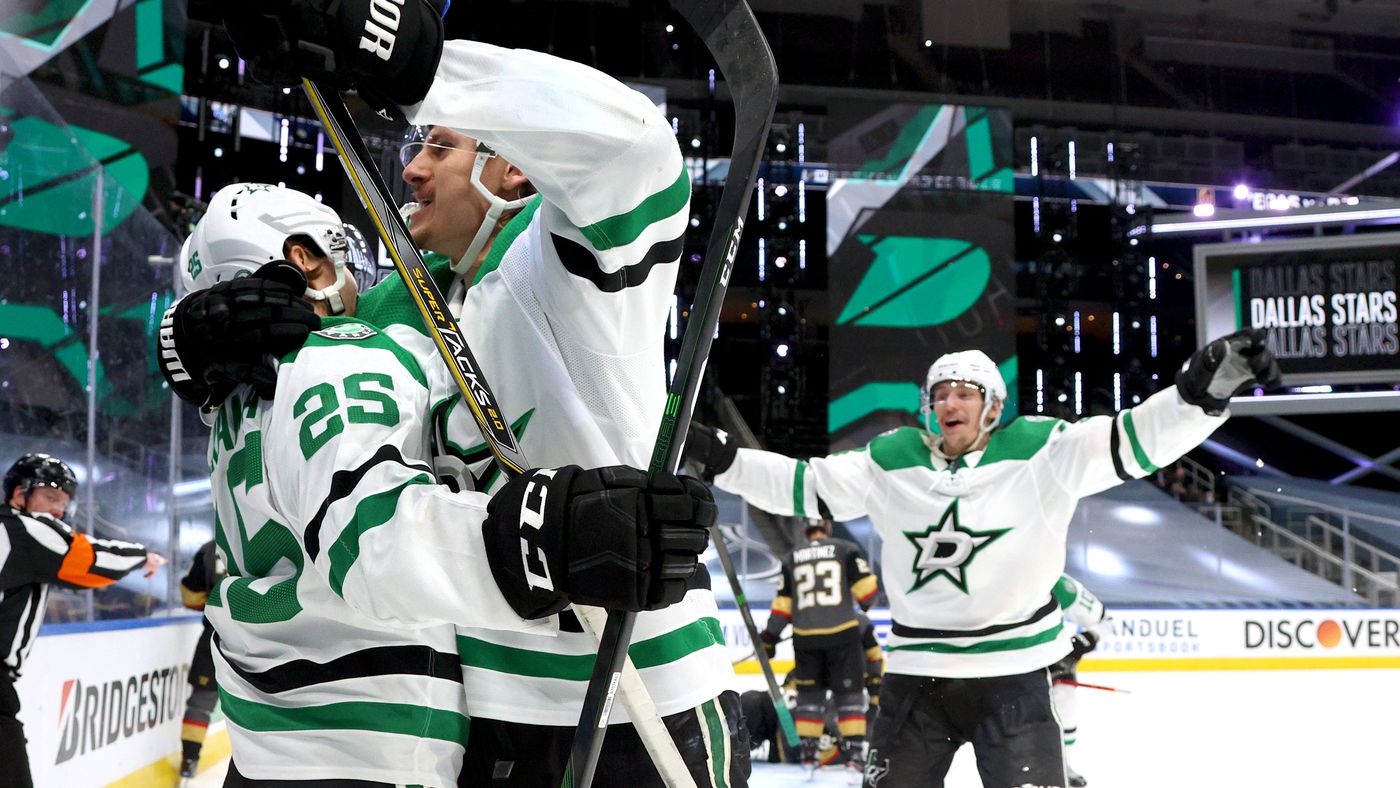 It’s been a big struggle for the Stars, but it could be worse if it wasn’t for a hot 30.9 percent power play, which has helped Joe Pavelski to score a league-leading eight goals with the man advantage. They get a big test here against an 86.9 percent penalty kill.

Anton Khudobin was left out of Thursday’s 3-2 loss to Florida, but he is expected to return to the crease for Saturday’s matchup. He looked like a brick wall in Wednesday’s 3-0 win over the Panthers with 43 saves and had 49 saves in the previous game, so it’s safe to say that he has returned to form after dropping five straight starts.

The veteran netminder is 4-4-1 for the year with a 2.35 goals-against average, a .928 save percentage, and two shutouts.

Top Bet highlights who has the inside track to take home the Stanley Cup in 2016-17. Will Sidney Crosby & the Pens defend their title?

The Blues are accustomed to adversity, but can they escape defeat against the Vancouver Canucks? Bookmaker William Hill has the latest odds for the NHL.

【Top Bet】Who Will Battle for Lord Stanley’s Cup in 2015? The Oddsmakers Have Spoken!

Top Bet provides highlights who has the inside track to take home the Stanley Cup in 2015-16. Will the Blackhawks reign supreme yet again?

The Stanley Cup is in the Edmonton bubble, but will it find a home tonight? Bookmaker 18bet has the latest odds for the NHL.

The Avalanche are one of the hottest teams in hockey. Can they add another W to the win column against the Anaheim Ducks? Bookmaker BetOnline has the latest odds for the NHL.
Struggling Celtics Try to Turn the Corner vs. Indiana
Rockets Stuck in Rut as James Harden Returns to H-Town
Home
Ice Hockey