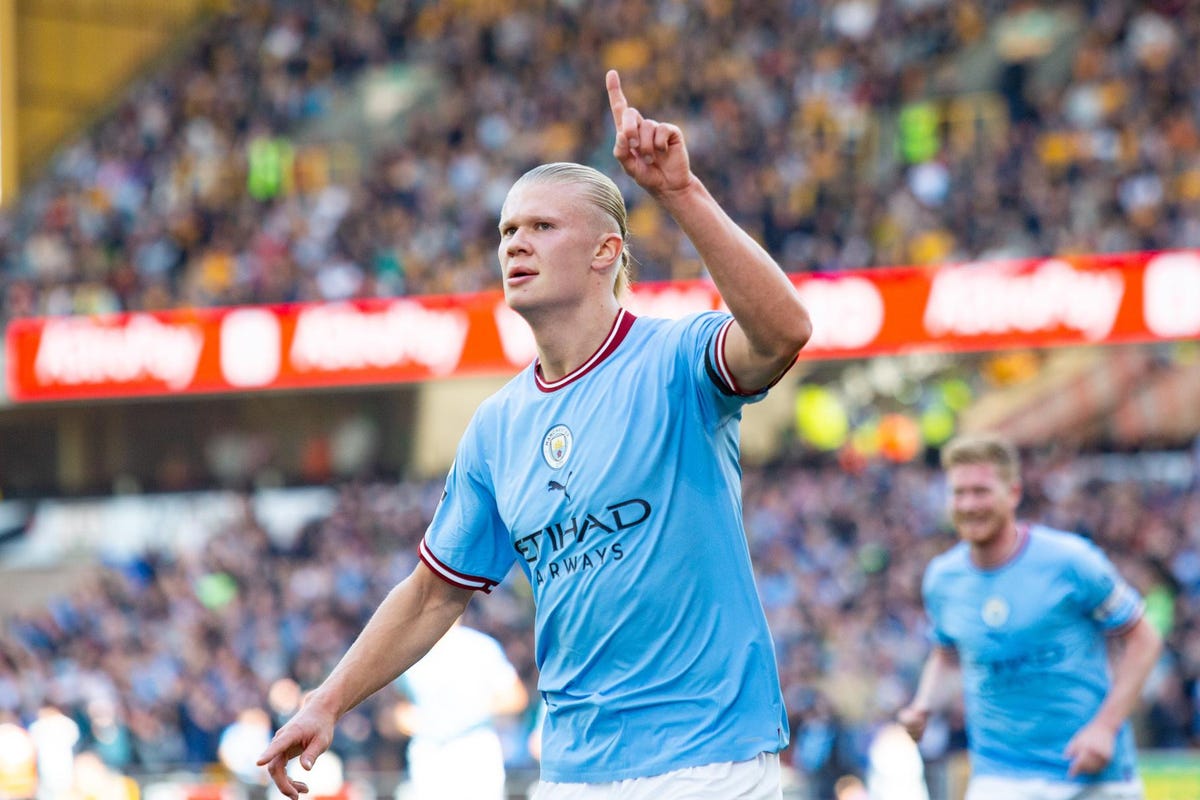 It’s time for the 188th Manchester derby on Sunday and it promises to be a proper spectacle this time with both teams in good form. Can Erling Haaland fire Man City to another win or will the Red Devils get revenge for losing both derbies last season?

Haaland enters his first Manchester derby with a six-game goal streak. He’s off to an incredible start at the club with 14 goals in 10 games and teams simply can’t handle him. The Norwegian star is the only player in Europe’s top five leagues this season to have scored multiple goals with his left foot, right foot and head. 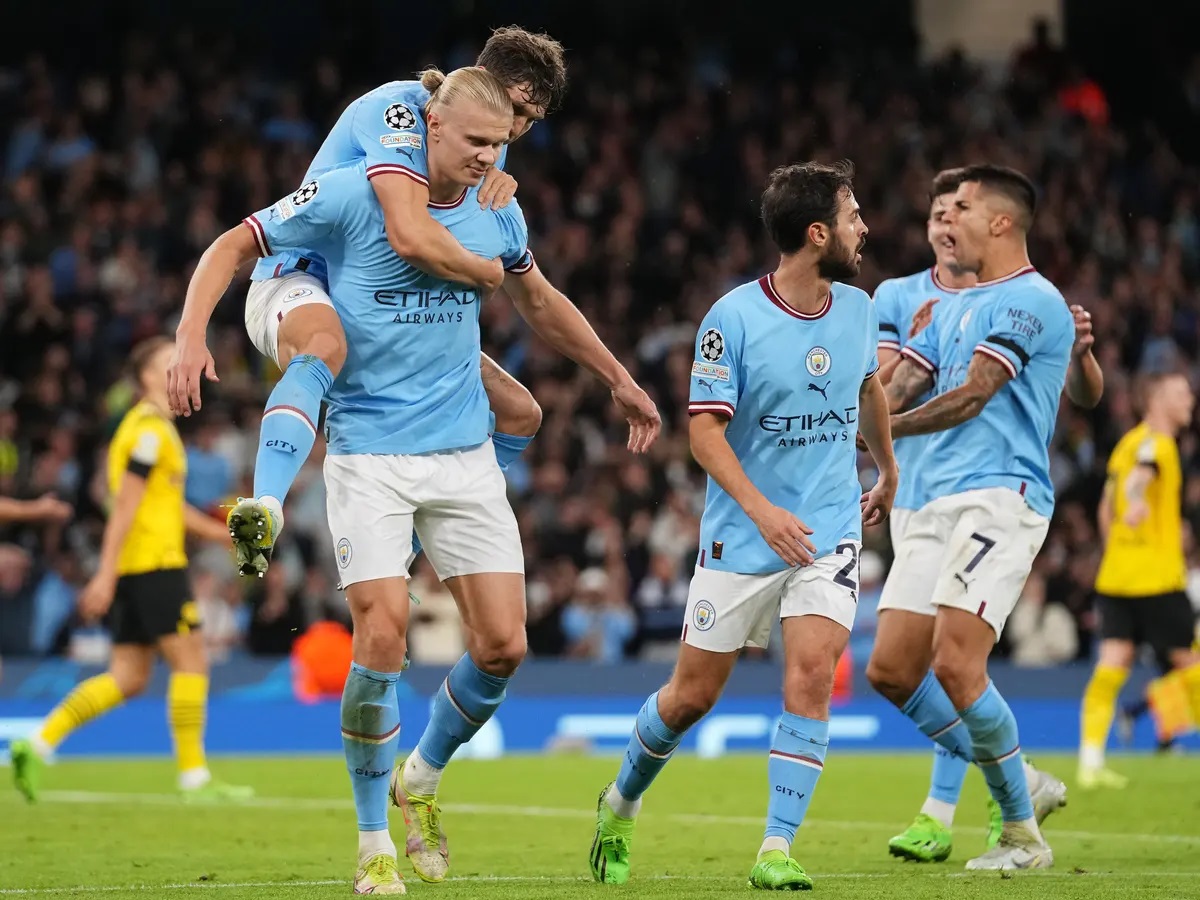 His incredible run of form gives Haaland a chance to make history on Sunday. He can become the first player in the Premier League to net a hat trick in three consecutive home appearances.

As a team, City are looking to post a special hat trick as well with their last three-game winning streak in the derby having come between 2013 and 2014.

Meanwhile, United are hoping to become the fourth team in English top-flight history to win five consecutive games after losing both of their opening two outings of a season. It’s been an impressive turnaround, and the team should have good levels of confidence ahead of Sunday’s big game. 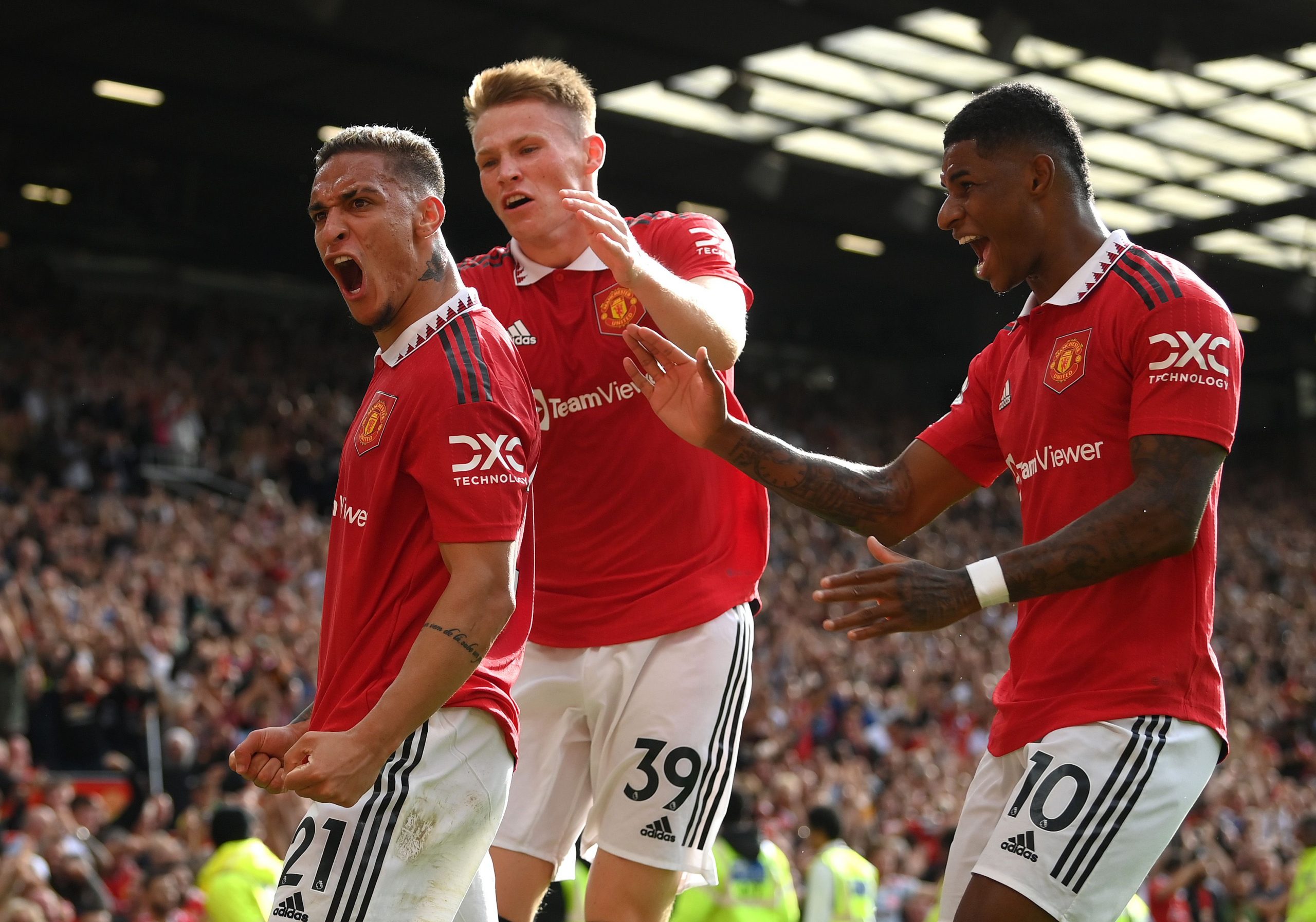 The derby was very one-sided last season, but for some reason City mostly tend to struggle on home turf against their neighbors. United are the only team against whom Pep Guardiola has lost more than two top-flight home matches. The red side of Manchester was even on a nice four-game unbeaten run in the match-up before City ended up winning both meetings last season with a combined score of 6-1.

City have yet to lose a game this term and they have gone a total of 19 league matches without defeat since last season. Getting all the points against them is extremely difficult and Erik ten Hag has to be spot on with his game plan for his side to even be competitive on Sunday.

AC Milan Looks to Secure the Scudetto Against Sassuolo

The Rossoneri need to avoid defeat on Sunday to end their 11-year title drought. Bookmaker 10bet has all the latest odds for the Italian Serie A.

Ajax starts Europa League quarter-finals action sitting on the longest unbeaten run since 1995. Bookmaker 10Bet has all the latest odds for the UEFA Europa League.

Struggling Manchester United Tries to Get Back on Track vs. Atalanta

The Red Devils have won just once in their last five outings and find themselves in a tough spot in Europe. Bookmaker 10Bet has all the latest odds for the UEFA Champions League.

Lille Tries to Regain Top Spot in France Away to Lyon

Two title-chasing teams go head to head at Groupama Stadium on Sunday. Bookmaker 10Bet has all the latest odds for the French Ligue 1.
“Mini-TI” Dota 2 Action Promised as Last Chance Qualifiers Kicks Off
Will Luxembourg be Celebrating at France’s Biggest Race?
Home
Soccer