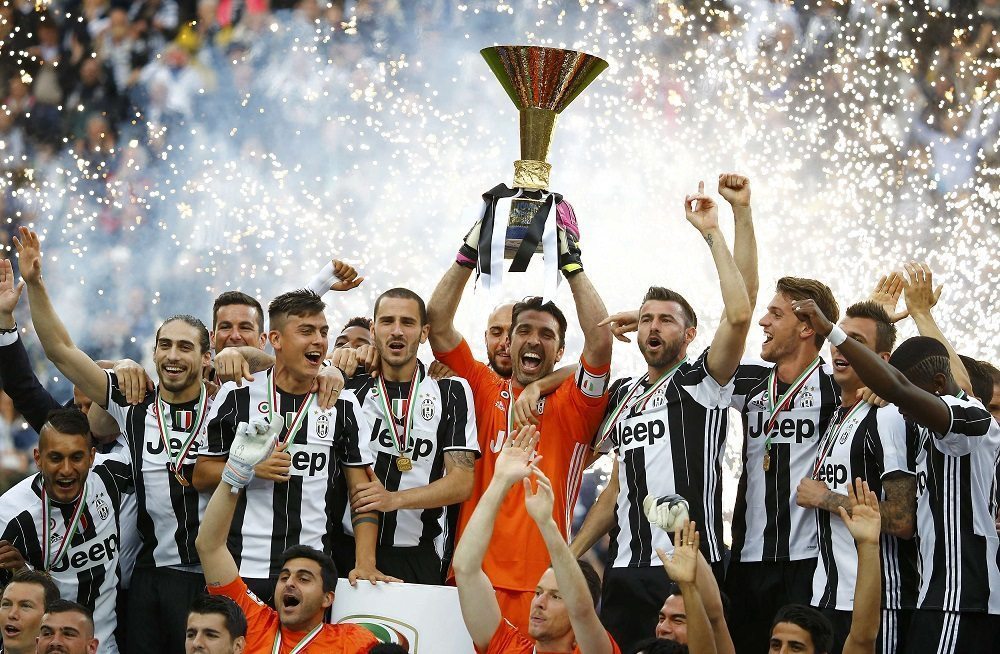 The 2016/2017 edition of the Serie A gets underway over the coming weekend giving football fans the world over a reminder of what they’ve been missing for the past three months. Juventus will be favourites to win this season’s competition after showcasing some terrific form during the last campaign. AS Roma and SSC Napoli however are all expected to give the giants from Turin a tough fight but only time will tell which club ends up with their hands on the biggest prize in Italian football.

As for how the preseason odds line up, online bookmaker mybet.com sheds some light on who’s expected to do well and not so well for the upcoming season. 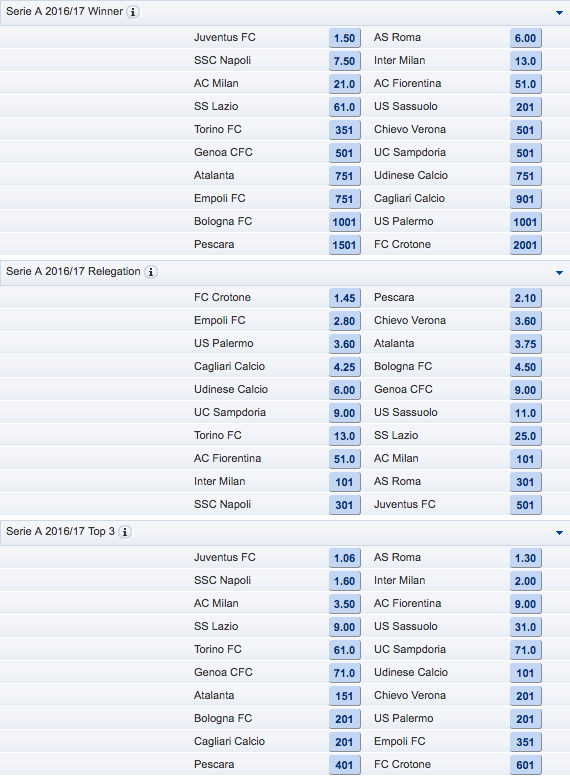 The Old Lady is seen as the hot favourites to maintain their dominance over Italian football by lifting their sixth consecutive Serie A title. Juventus has been absolutely imperious with their football and their success is truly understood when you realize that the side from Turin has now equalled the record for most consecutive championships won.

In preparation for the coming season, Juventus has really stolen the limelight after signing Gonzalo Higuain from Napoli for almost 90 million euros. Another big money signing was that of Miralem Pjanic who was bought from AS Roma for €32 million. Alongside these two gifted individuals, the club also signed Marko Pjaca, Dani Alves and Mehdi Benatia. Overall, Juventus is looking stronger than ever and as a result of this, sportsbook mybet.com has them at 1.50 to win the league. 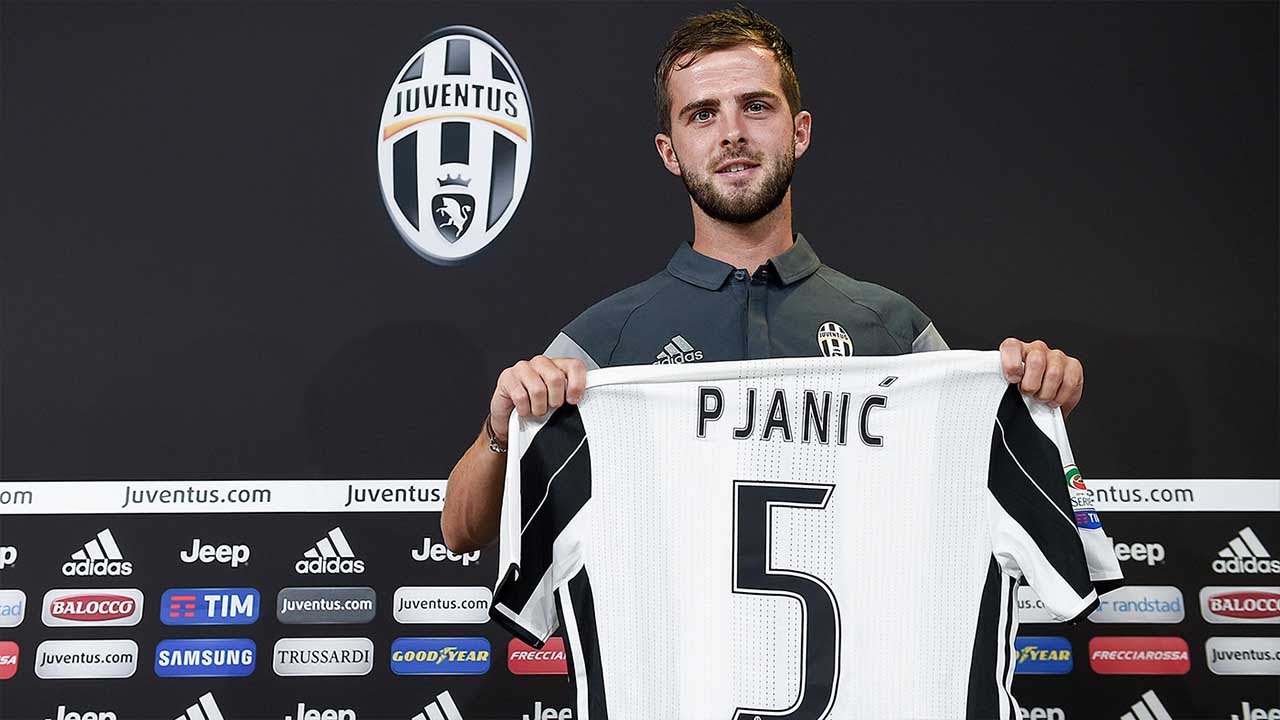 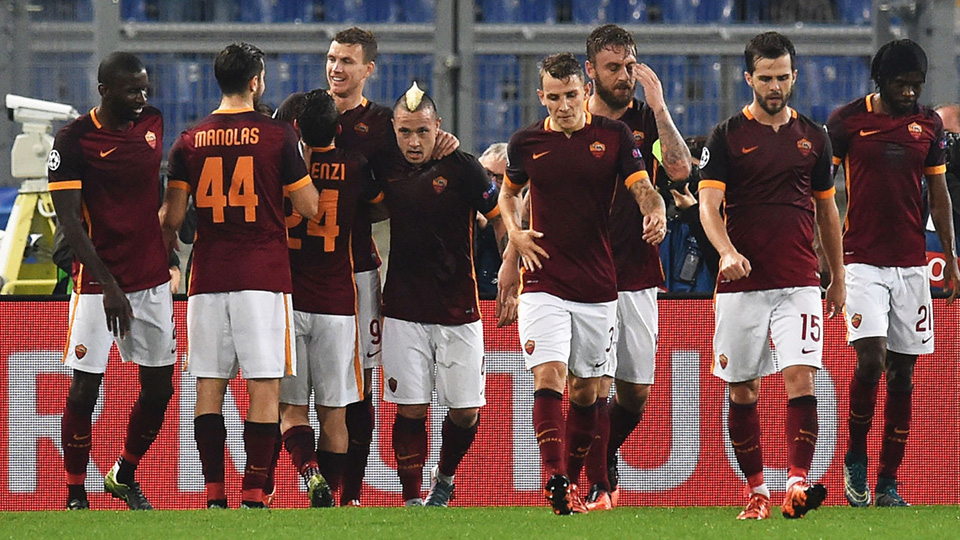 Capital based side AS Roma is the team who is being predicted to be Juventus’ closest rivals. Roma put up a good fight last time around and there was a point of time towards the opening part of the season where they looked like firm favourites to win the title. Their impressive start faded away however and ultimately, a third place finish was all they got.

Looking ahead to the new season, Luciano Spalletti’s side has signed no less than 17 players with Brazilian Gerson, Egyptian Mo Salah, Italian Stephan El Shaarawy and Bosnian Edin Dzeko the most noteworthy names. One high profile name who the Romans had to bid farewell to is star midfielder Miralem Pjanic who was snapped up by their direct rivals Juventus. 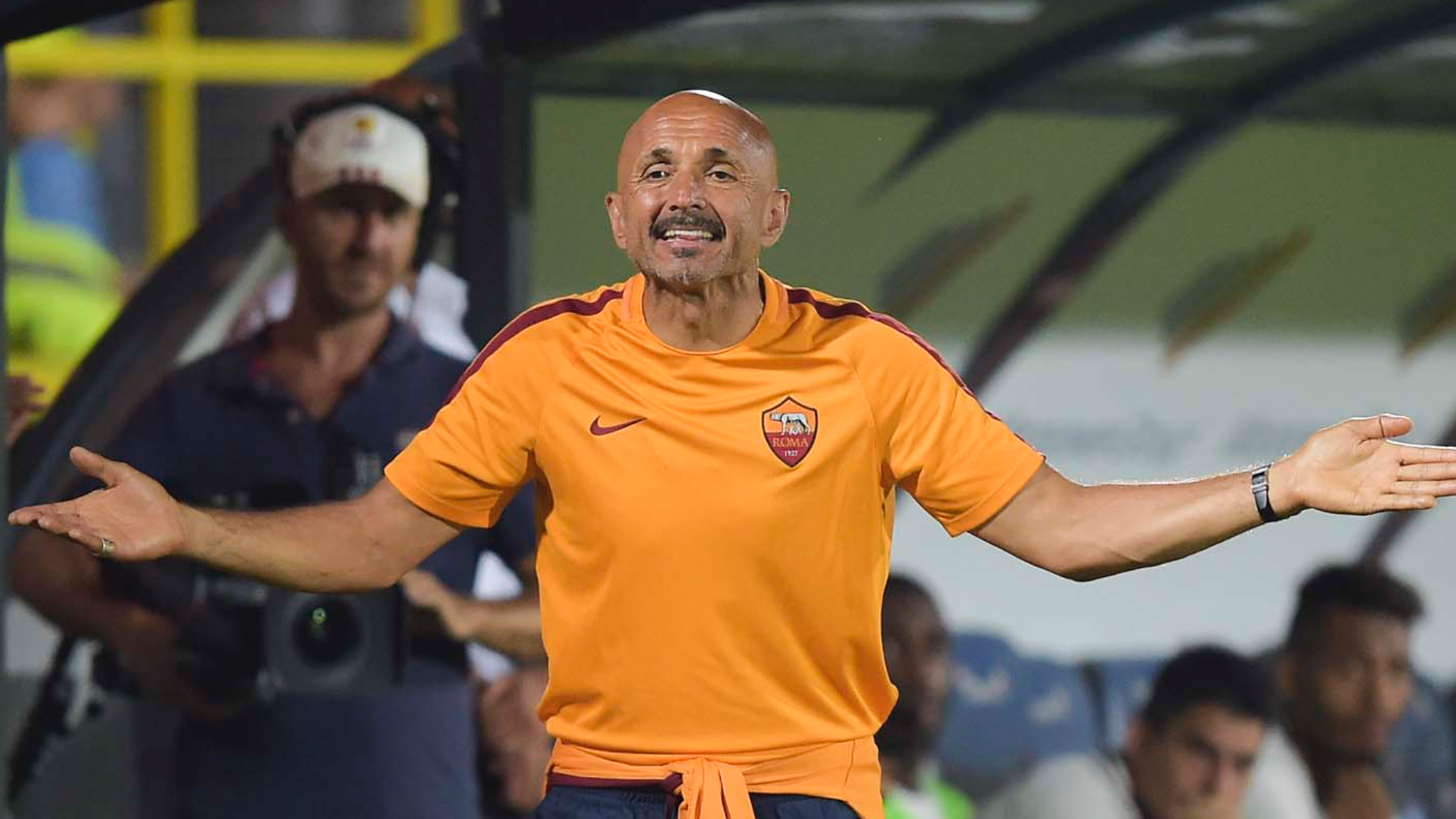 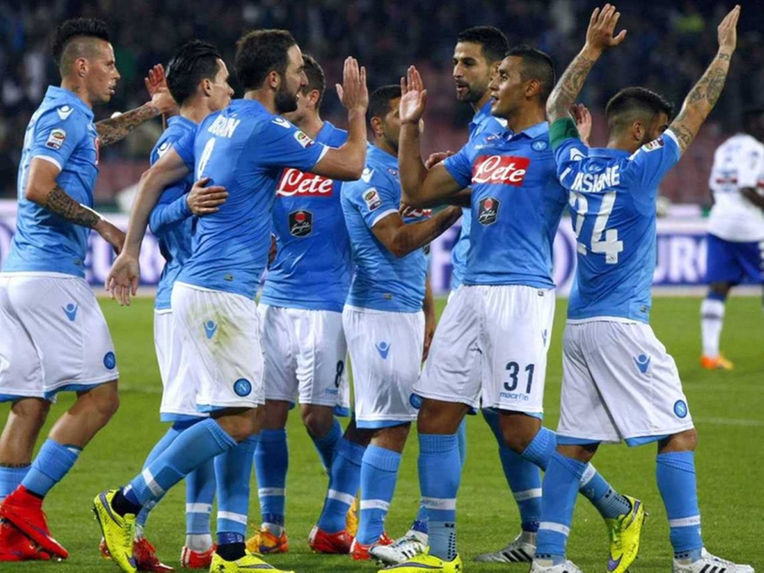 Maurizio Sarri’s Napoli occupy the third spot on the list after having an impressive campaign themselves last time around. A second place finish in the league gave the club’s fans a lot of positiveness and made up for two poor cup runs in the Italian Cup and the Europa League.

Last season’s top scorer for the club from Naples was none other Gonzalo Higuain. But this time round, Napoli will have to make do without the services of their star man. In terms of arrivals into the club, Arkadiusz Milik and Piotr Zielinski are two young Polish talents who have been earmarked for success. Lorenzo Tonelli and Emanuele Giaccherini are the two other payers who have been brought in to aid the Napoli cause ahead of what should be a gruelling campaign. 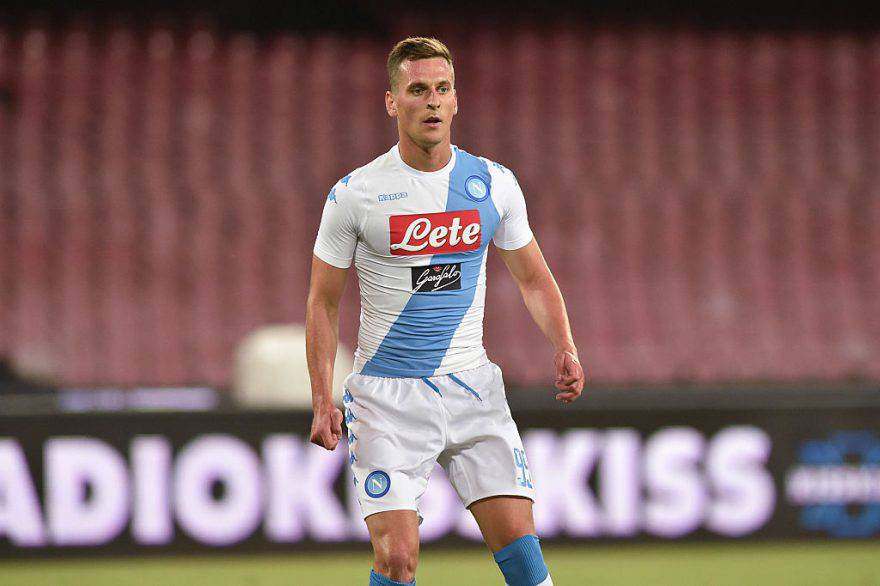 Both Romelu Lukaku and Ciro Immobile sit on 14 league goals for the season - who will fire his team to victory on Sunday? Bookmaker 10Bet has all the latest odds for Serie A action.

Can Sevilla keep pace in the La Liga title race against a stubborn Athletic Bilbao side? Bookmaker 10Bet has all the latest odds for La Liga action.

New York City are on the ropes of Group A. Can Orlando City send them packing with a victory? Bookmaker 10Bet has the latest odds for the MLS.
【mybet】Will the Catalans Win La Liga for the 3rd Year in a Row? The Odds Predict…
【bet365】Can Serena & Djoker Bounce Back from Rio? The US Open Outright Odds are Out!
Home
Soccer