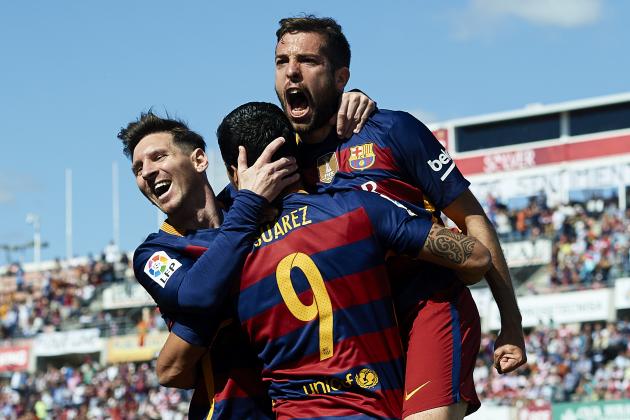 Another brand new season of scintillating Spanish football kicks-off over the weekend as Barcelona gets set to defend their title from the grasps of their main contenders, the two Madrid clubs.

Luis Enrique’s men were in imperious form last season but a slump in their performances meant that the title race went right down to the wire. Will the Catalans hold on to the title or will either Real or Atletico beat them to the punch for the first time in the last two years? 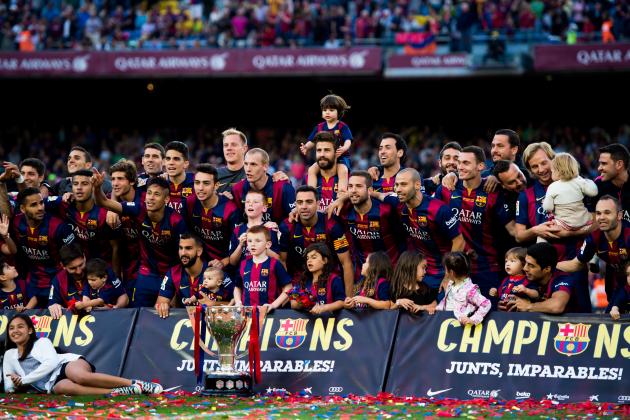 Barcelona, the most complete football team in Spain for almost the last decade, is being seen as the favourite to win their third La Liga title in a row. Luis Enrique has managed to carry on the impressive footballing culture of the club after winning a total of 8 trophies in just two years.

In preparation for the new season, Barcelona has made no less than four signings for a combined fee of almost 80 million euros. Portuguese international Andre Gomes, Frenchmen Samuel Umtiti and Lucas Digne and Spaniard Denis Suarez are the fortunate individuals to have been snapped up by the illustrious side.

The Catalans look as strong as they’ve ever been ahead of what should be yet another gruelling season of football in Spain. They are bound to face intense pressure from some of their main rivals but with such a star studded squad at their display, nothing less than first place will suffice for the fans of this great club. 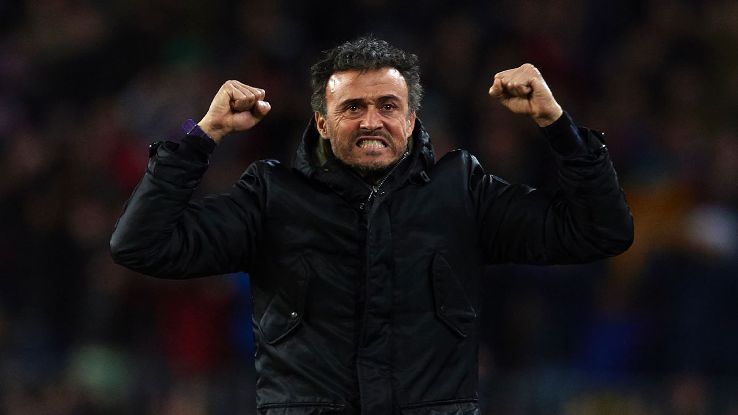 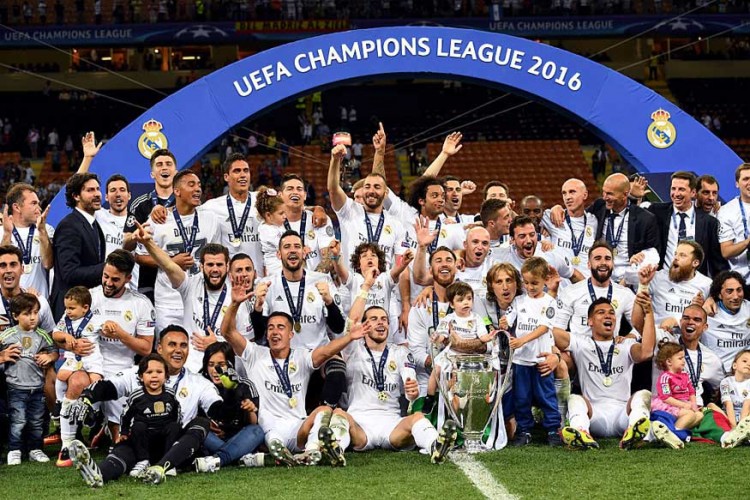 Last season’s runner-up, Real Madrid, is being seen as the biggest threat to Barcelona’s title hopes for the coming season. Los Blancos had a pretty tumultuous season last time around after Rafael Bentiez was sacked from being the manager of the club. He was replaced by Zinedine Zidane, who ultimately restored much of the royalty of the club by guiding them to within one point of the title.

Zidane then managed to take Real to the pinnacle of the European game, UEFA Champions League, to give Los Blancos La Undecima. Real’s strong finish last season gives their patrons a lot of hope as they try to lift the Spanish League after a barren period of four years. Alvaro Morata is the only real addition that Real has made over the summer after they signed the player back from Juventus using an ingenious buy-back clause. A lot will be expected from Morata and his fellow club mates ahead of another big season where they will all be expected to hit the ground running. 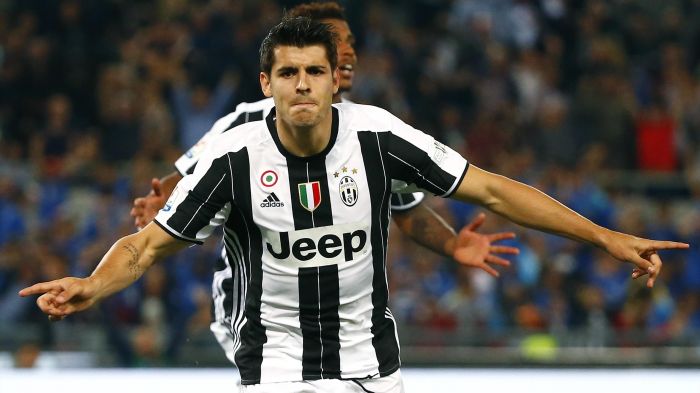 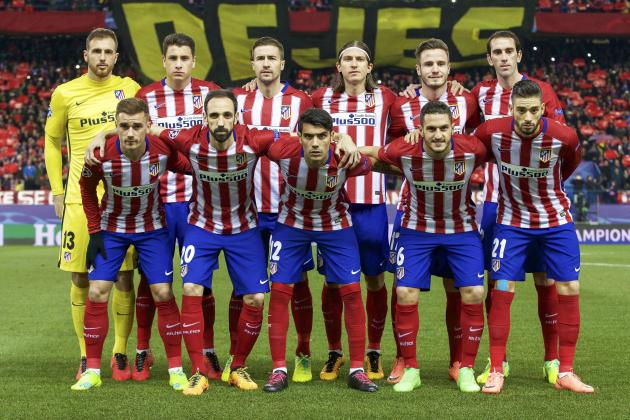 Rounding off the three horse race is Atletico Madrid who are 12.00 favourites courtesy of bookie mybet.com to lift the La Liga trophy ahead of their more glorious rivals. Diego Simeone has worked wonders with the club since taking over in 2011 and the only direction they are expected to go is up.

In spite of these transfers, Atletico’s biggest victory of the transfer window would have to be retaining the services of Antoine Griezmann. The Frenchman is a massive presence with the kind of form that he has been in and along with the likes of Koke, Saul and Jan Oblak, a lot is expected from Atletico Madrid. 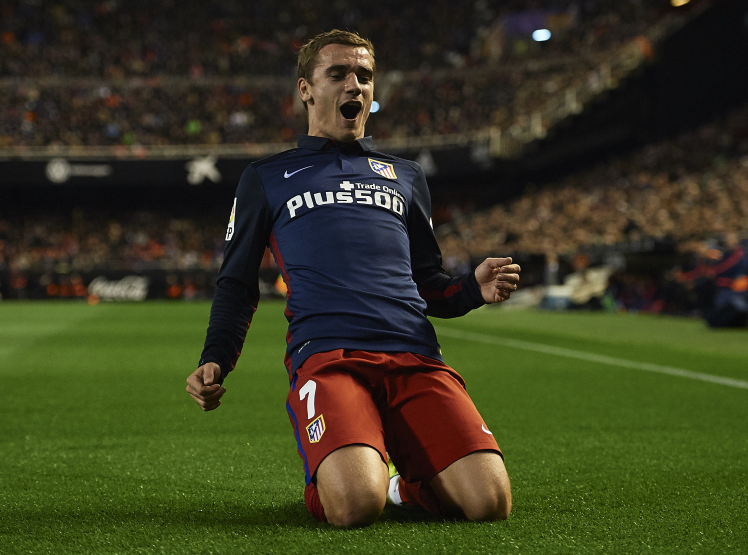 West Ham and Chelsea are level on points ahead of a huge clash at London Stadium. Bookmaker 10Bet has all the latest odds for the English Premier League.

Only two points separate the two title-chasing sides ahead of a clash at Camp Nou. Bookmaker 10Bet has all the latest odds for the Spanish La Liga.

Sportsbook bet365 gives the lowdown on who’s favored in La Liga action for the upcoming season!

Can Leipzig Turn the Tide in Title Race with Bayern Missing Lewandowski?

Leipzig hosts a top of the table clash on Saturday looking to cut into Bayern's four-point lead. Bookmaker 10Bet has all the latest odds for the German Bundesliga.

Borussia is on the hunt for Bayern Munich. Can they pickup a much needed victory? Bookmaker 10Bet has the latest odds for Soccer.
【M88】Will the Bavarians Claim the Title for the 5th Year in a Row? The Bundesliga Pitch is Primed & Ready!
【mybet】Will Juventus Conquer Serie A for Title #6 in a Row? Can Roma, Napoli or … Dethrone the Old Lady?
Home
Soccer