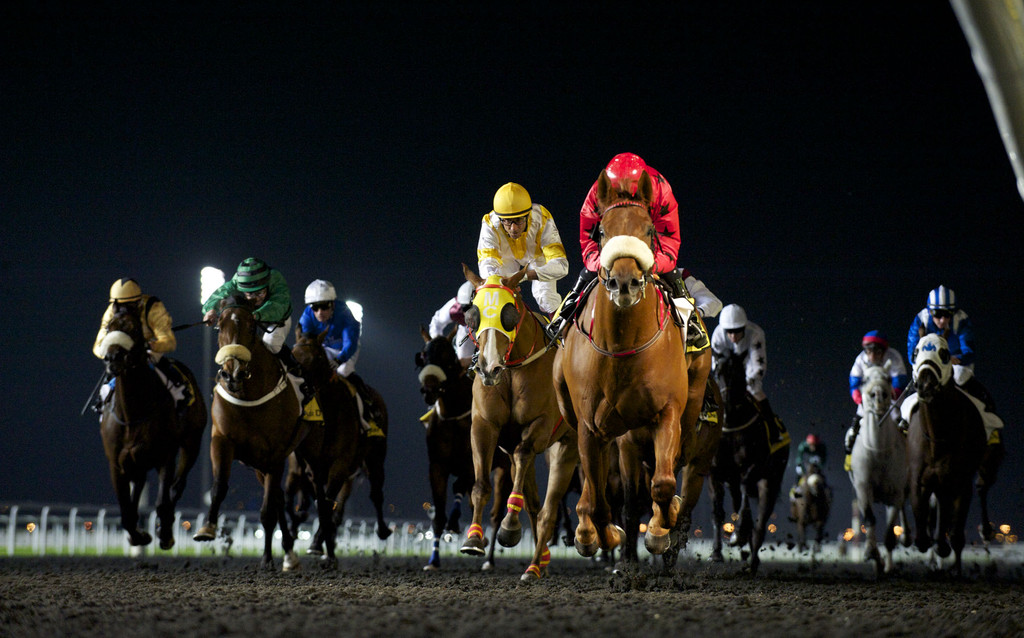 California Chrome and his trainer Art Sherman are hoping they will have more say over the race for the 2016 Dubai World Cup this Saturday than they did over the draw for post positions. California Chrome’s name was not pulled for the post-position draw until there were only two spots remaining – post 11 and post 12. Sherman grabbed post 11 and will hope the big California-bred chestnut colt’s tactical speed will carry him to victory. Certainly the bookmakers at Paddy Power have no worries as they will send California Chrome, listed at number one in the Longines World’s Best Racehorse Rankings, to post at 13/8. 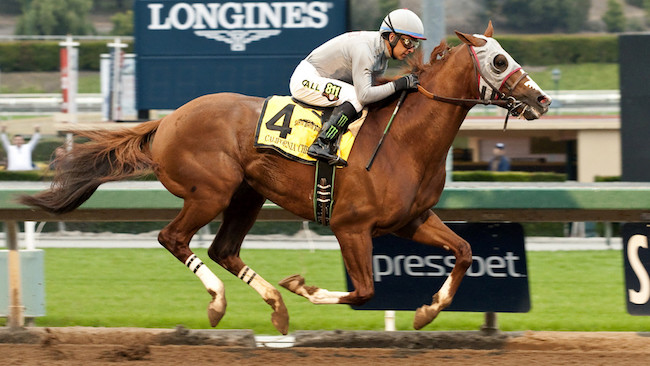 If Chrome becomes the third Kentucky Derby winner, after Silver Charm and Animal Kingdom, to win the Dubai World Cup, he will waltz to the winner’s circle as America’s all-time top money-winning racehorse. The big first son of Love the Chase was kept in training for his five-year old season specifically to attain that goal and to win two important races that have thus far eluded him: the Breeders Cup Classic and the Dubai World Cup where he was upset last year by Ireland’s veteran campaigner, Prince Bishop. 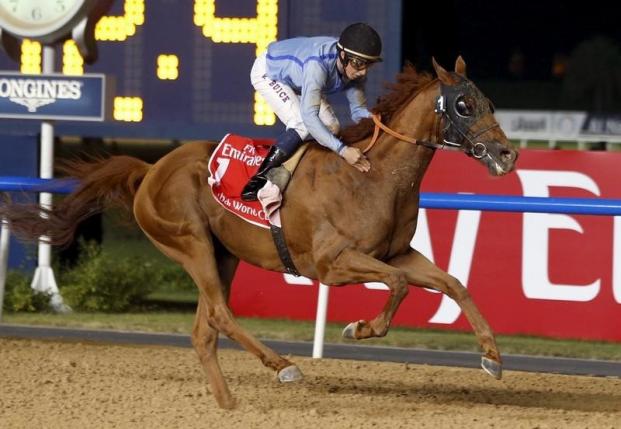 California Chrome had won only one race since the Preakness Stakes during his Triple Crown run in 2014 before besting a spirited field of seven in the San Pasqual Handicap at Santa Anita Park early in January. He has been in the United Arab Emirates ever since, getting acclimated and working over the Meydan Racecourse track which was wholly reconstructed for last year’s race. The synthetic sand-based racing surface was replaced with more hoof-friendly dirt which has brought more American entries onto the World Cup program in the past two years.

California Chrome in fact leads a contingent of five country mates into the US$10 million Dubai World Cup – all of whom are Paddy Power’s five favorites. Four-year old Frosted is expected to give the best chase at short 9/4 odds when he bolts from post 9. The Pennsylvania Derby winner was a badly beaten seventh in the Breeders Cup Classic but began his 2016 campaign began by impressively pulling away in the stretch to win the Al Maktoum Challenge at Meydan as a 4/5 favorite. 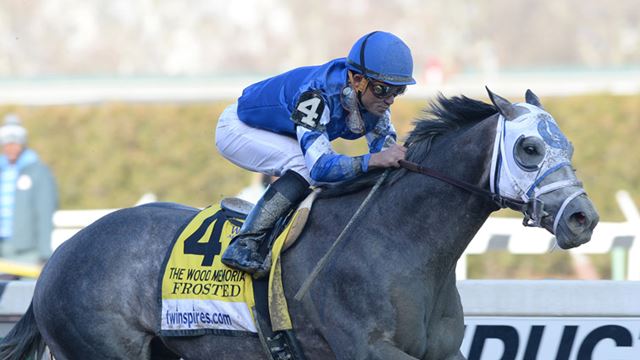 Although an American by upbringing, Frosted will carry the hometown blue silks of Godolphin, the racing stable of bin Rashid Al Maktoum. The Prime Minister of the United Arab Emirates and an enthusiastic equestrian, the 66-year old Sheikh Mohammed started the Dubai World Cup back in 1996. To get the best horses together for one fabulous night of racing – eight thoroughbred tests and an event for pure Arabians – the Sheikh engineered US$30 million in purses for the card. Since that time Godolphin has won the Dubai World Cup – racing’s richest race – seven times. 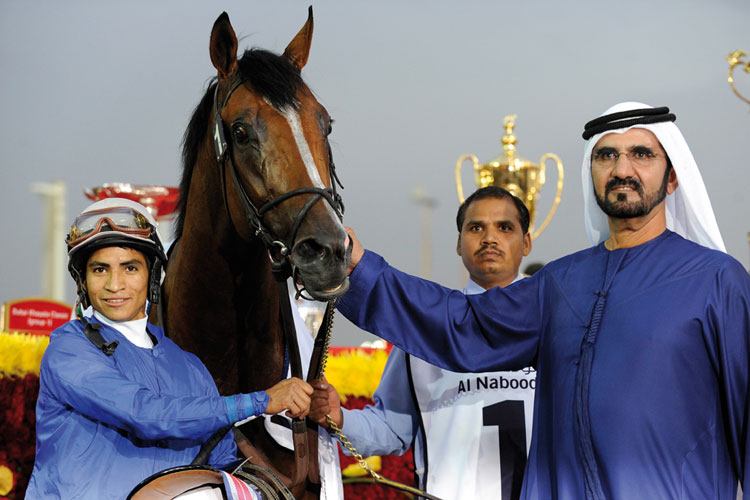 Mshawish, who will compete with California Chrome in the Taylor Made breeding shed next year, is given a 9-1 chance to run to the biggest win of his career. Mshawish has scored Grade 1 wins on both dirt and grass and is no stranger to the Meydan Racecourse. The son of Medaglia d’Oro won the Zabeel Mile in 2014 and earned a hard-fought third in last year’s Dubai Turf. He has already won twice in 2016 in graded stakes at Gulfstream Park and his triumph in the Grade 1 Donn Handicap in February propelled him into the World Cup. Should his winning streak continue – and Mshawish has not raced 10 furlongs since his maiden effort at Hippodrome de Chantilly in France in 2013 – he win return backers 9/1. Mshawish will break from gate number two. 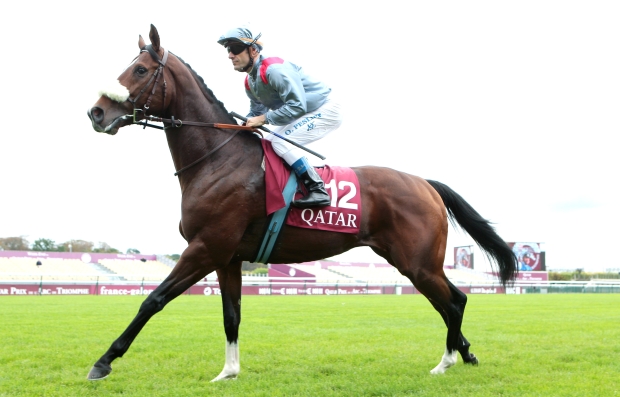 Another American spending the late winter in Dubai has been Keen Ice. The four-year old colt is the son of Curlin, the great American racer who carted home the World Cup gold trophy in his day. Like his daddy, Keen Ice is named for the strategic sport of curling – “keen ice” being when the ice is especially fast. Backers of Keen Ice at 14/1 will hope he regains that kind of speed which saw him deal Triple Crown winner American Pharaoh a defeat in the Travers Stakes at Saratoga Race Course in August. 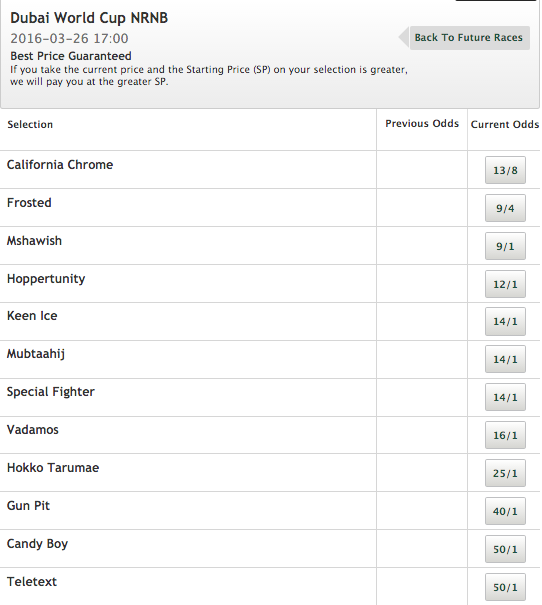 His start to 2016, however, has been dismal – a well-beaten sixth to Mshawish in the Donn Handicap and a tired seventh in the Al Maktoum Challenge at Meydan three weeks ago. But if Keen Ice, starting on the rail and wearing blinkers for the first time in the World Cup, pulls it out, his only two stakes wins will have come against California Chrome and American Pharaoh – winners of five of the last six Triple Crown races. 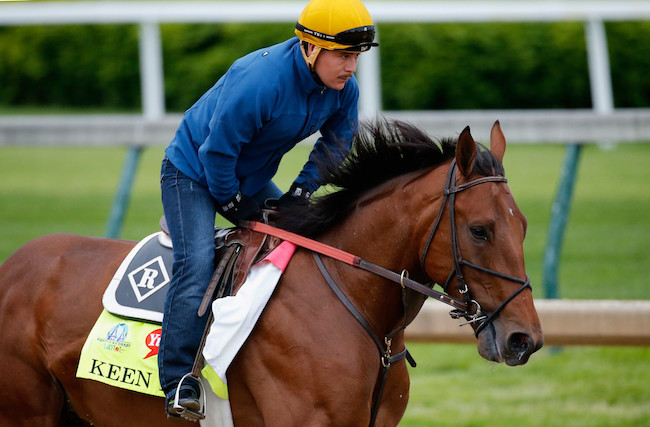 Hoppertunity has been a late shipper to Dubai from the United States. The Bob Baffert-trained colt regrouped from a loss to California Chrome in the San Pasquel by coming from the far outside and passing tiring horses in the final jump to win by a short nose in the Grade 2 San Antonio Handicap at Santa Anita. The win broke a nine-race losing streak for Hoppertunity before flying to Dubai. For a consistent performer who is seldom out of the money, Hoppertunity is listed at 12/1 odds from post position 10. 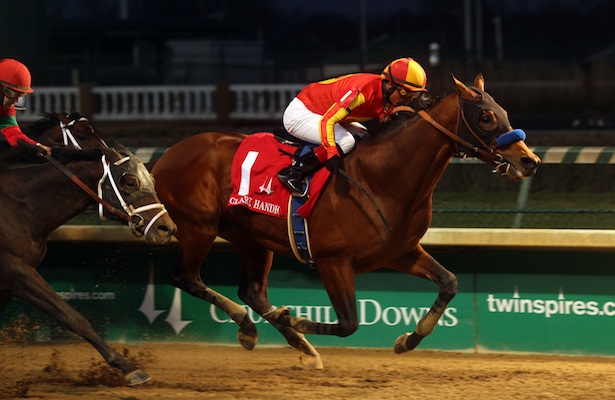 While sportsbook Paddy Power sees the 2016 Dubai World Cup as a wholly American affair, the oddsmakers at Coral see a bit more hope for the rest of the field of 12. Chief among them is the five-year old Irish racer, Special Fighter, who overwhelmed the field in the Al Maktoum Challenge, the March 5 tune-up for the Dubai World Cup. When the gates open, Special Fighter will carry 10/1 odds at Coral from post position 5.

Bookmaker bet365 highlights the favs as the richest horse race gets underway at Gulfstream Park. Can Keen Ice & Co. pull off an upset?