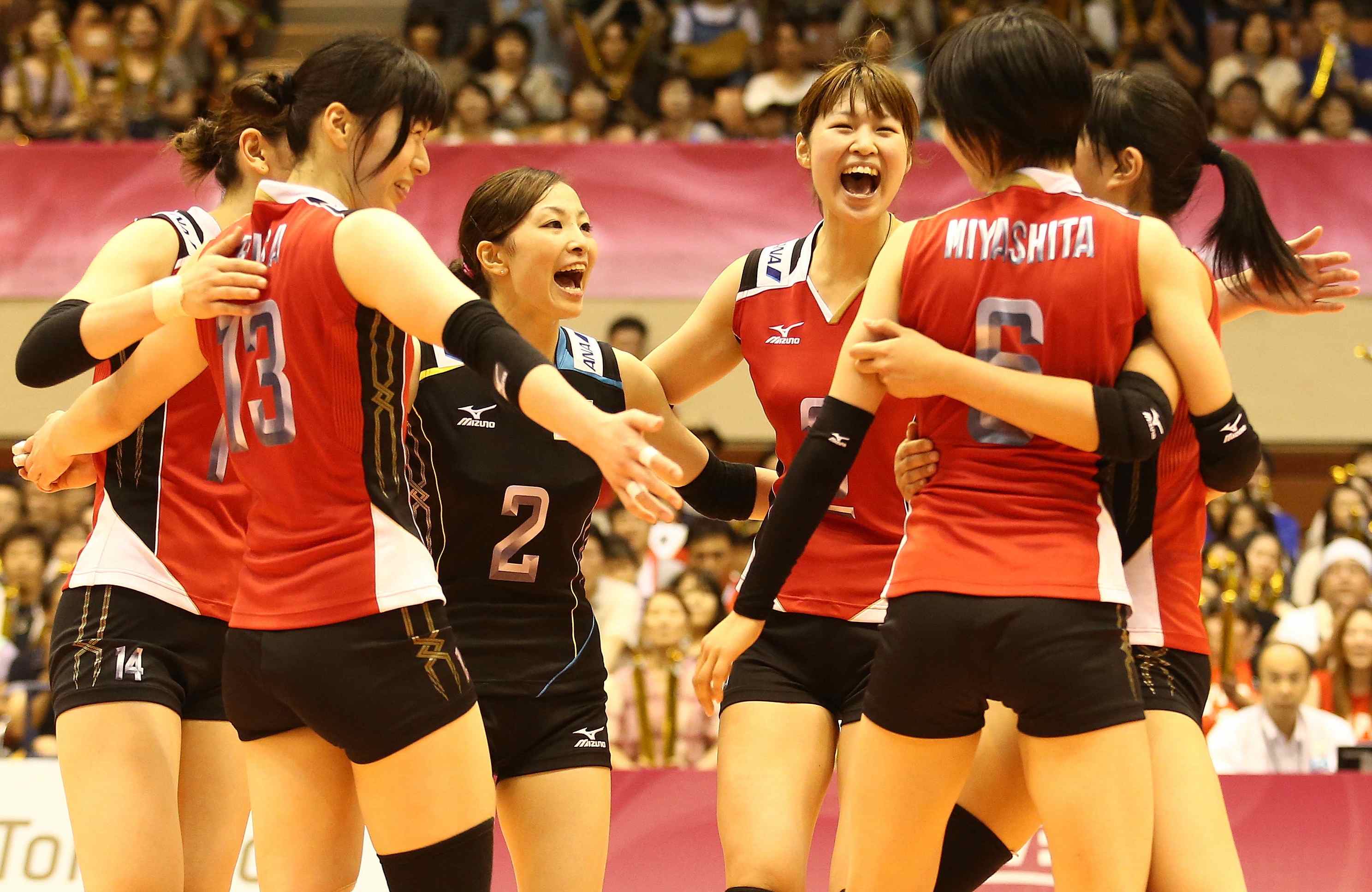 With the opening of the 2016 Olympic games less than 100 days away, the 12-team field in the chase for the women’s volleyball gold medal remains barely half-filled. The spiking and digging over the nine days between May 14 and May 22 in Japan’s Tokyo Metropolitan Gymnasium will slot four more teams into the tournament and a final berth will be awarded in a four-team round-robin at the Roberto Clemente Coliseum in Puerto Rico from May 20 until May 22.

Eight teams will be competing in Tokyo with host nation Japan taking the court as the betting favorite. The Japanese senior women’s team is currently ranked fifth in the world by the Federation Internationale de Volleyball. The four teams ahead of the sextet from the Land of the Rising Sun – the United States, China, Brazil and Russia – have all qualified for the Rio Games through tournament play or, in the case of Brazil, as host nation. 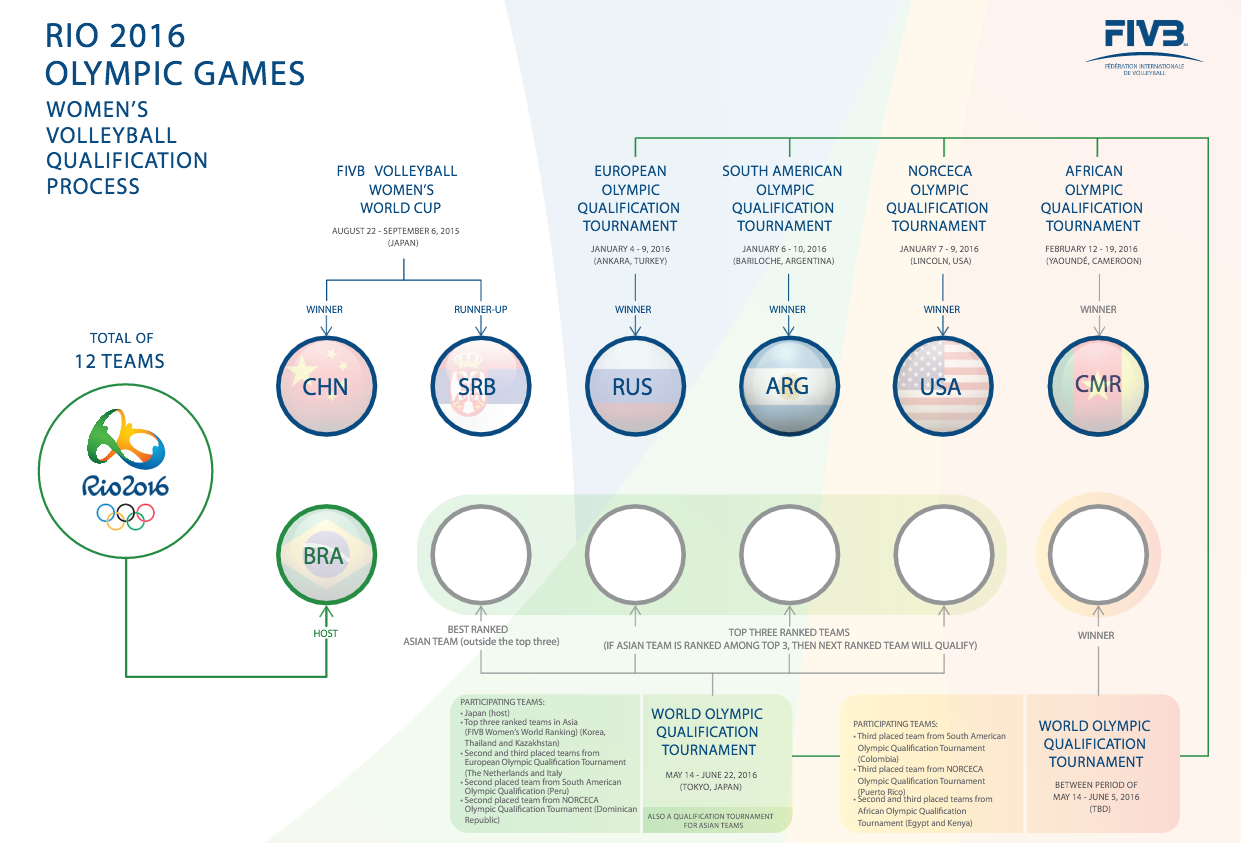 It always requires fortitude to bet against the Japanese on their home turf. The women made their Olympic debut a half-century ago in the Tokyo Summer Games and upset the well-regarded Soviet Union team to capture the gold medal. The Japanese women have been world champions six times but there have been no successes on the world stage since the 1970s. The national team has been experiencing a renaissance in recent years with the appointment of Masayoshi Manabe as head coach. Under Manabe, a one-time setter for the Japanese men’s national team, Japan returned to the podium at the 2012 London games by whipping South Korea in the bronze medal showdown. 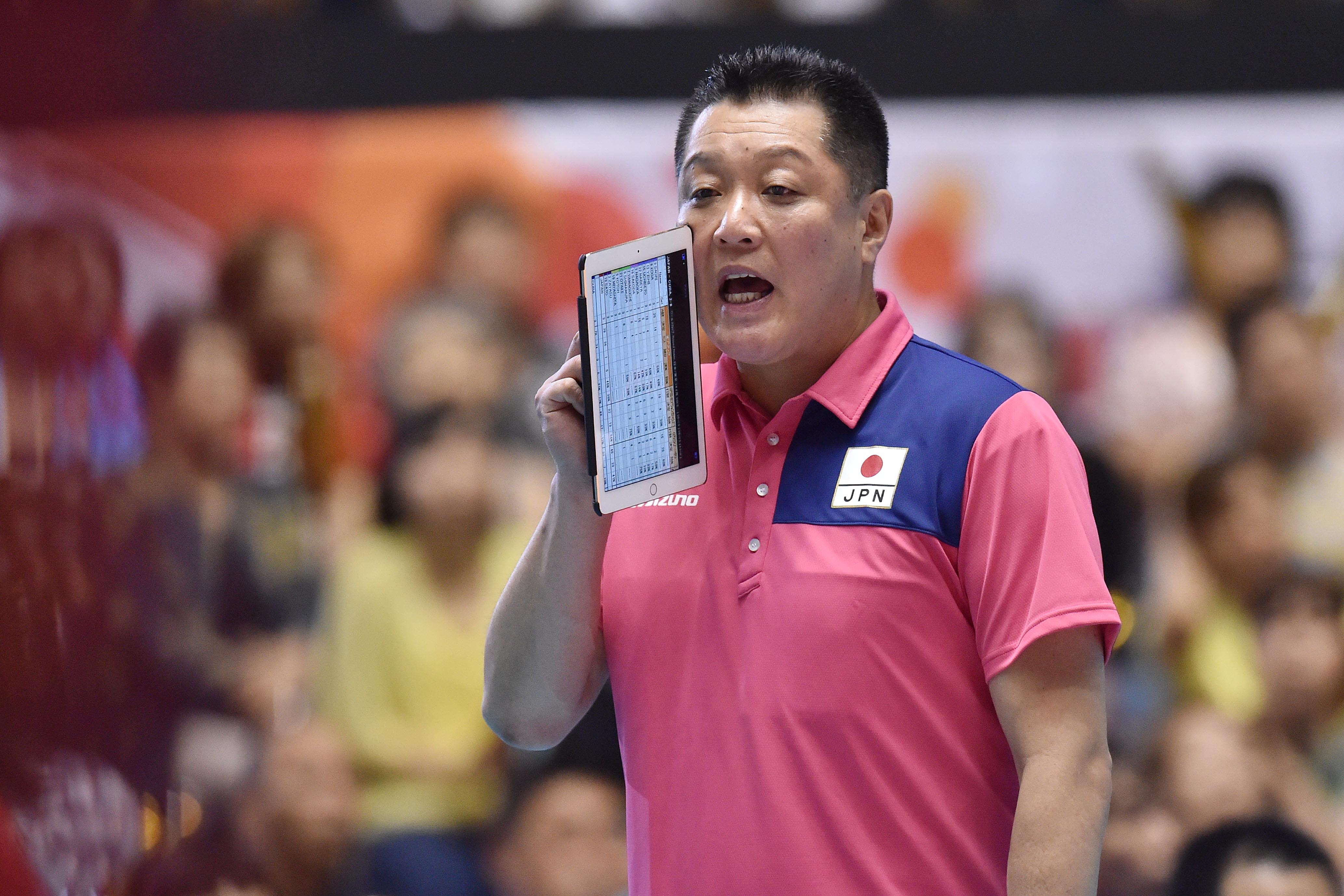 Japan opens the 2016 Qualifying tournament as a near even-money 1.02 favorite against Peru as set by online bookmaker Betsson. Expect similar short odds throughout pool play in Japan’s matches but value bettors may want to pay attention to the standings and key in on later Japan matches thanks to a quirk in the qualifying rules. The top three ranked teams will all earn a trip to the Olympics but the fourth spot is reserved for the highest ranked Asian team among Japan, Korea, Thailand and Kazakhstan so there will be intrigue late in the tournament.

Korea, 9th ranked in the world, made it to London through this tournament in 2012 to kickstart its run to the semi-finals. The South Koreans finished as runner-up to powerhouse China in the 2015 Asian Women’s Volleyball Championship being swept in the finals by identical scores of 25-21, 25-21, 25-21. The Koreans will be tested right from the get-go in the qualifying tournament as it draws Italy in their first match. The Italians are ranked eighth in the world and have qualified for every Olympics since 2000 when the team made the leap into contention at the world level. As recently as 2011, the Italians won the World Cup winning 21 out of 22 matches behind Carolina Costagrande, an Argentina-born outside hitter who became a naturalized Italian. Betsson lists Italy as a 1.20 favorite in the match with Korea as it seeks to avenge a quarterfinal loss to the Koreans in London. 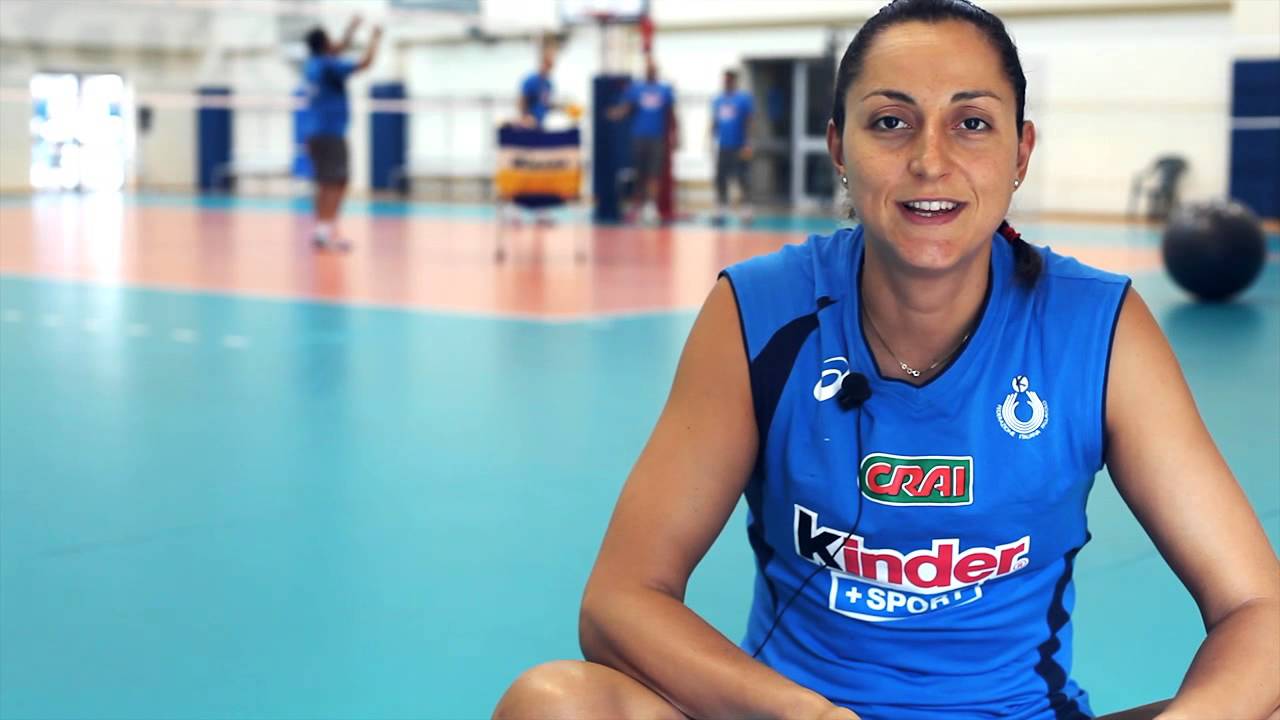 Two other squads with high Olympic hopes will tangle early in the qualifying competition – Thailand and the Dominican Republic. Thailand, under Kiattipong Radchatagriengkai, is the class of Southeast Asia and currently ranks 13th in the world. After capturing the Asia Volleyball Championship, Radchatagriengkai was decorated by his country as Commander Third Class of The Most Exalted Order of the White Elephant and he is looking to lead Thailand to its first Olympic games ever. 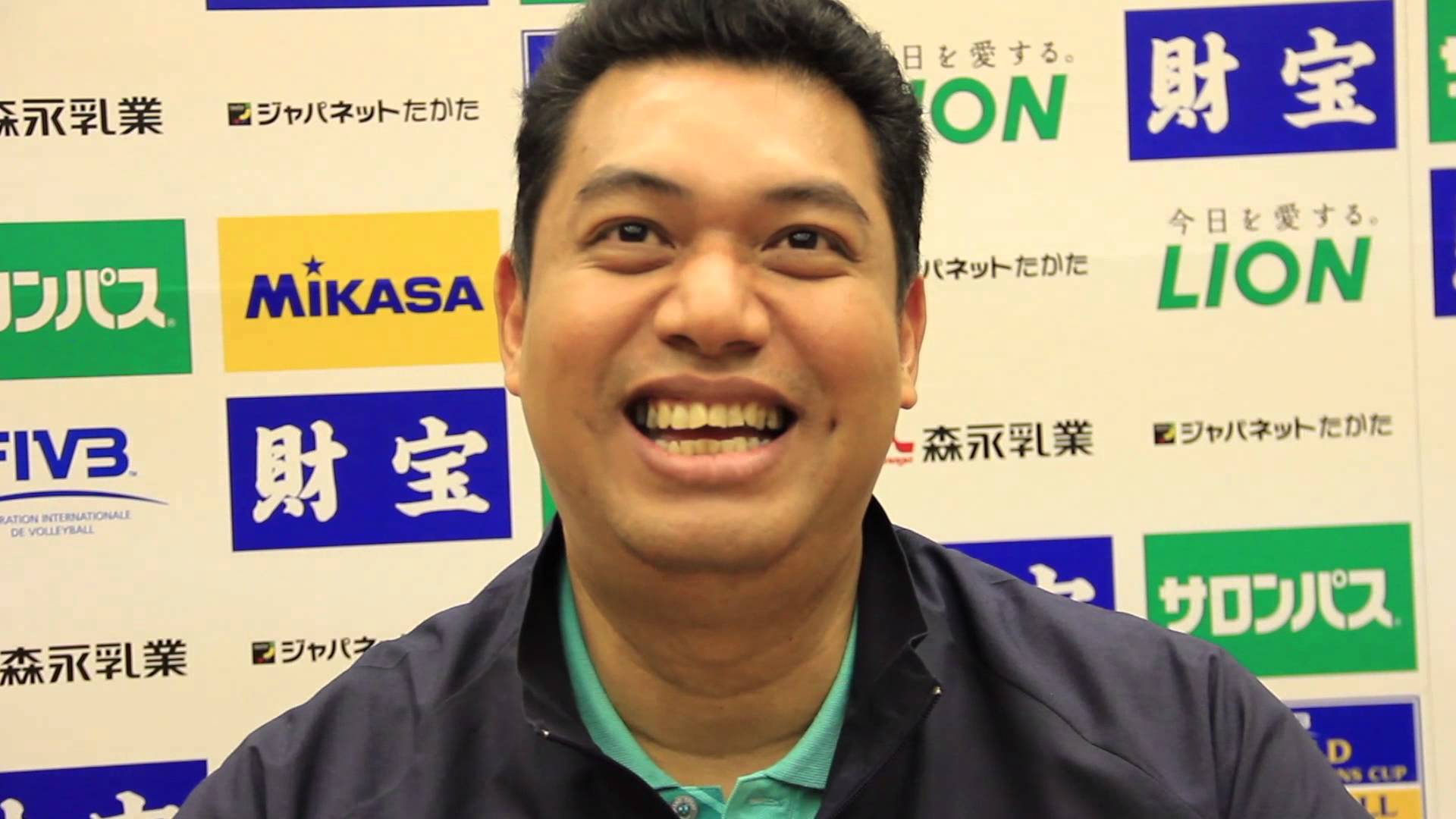 The Dominican Republic is another squad that is on the come in women’s volleyball. After failing to qualify for the Olympics in its first ten attempts, the Dominicans won the Pan American Games in 2003 and competed in the Athens Olympics in 2004. In London, the Dominicans placed fifth and repeated the performance at the 2014 World Championships. They are currently ranked seventh in the world and are the highest ranked team other than Japan to yet qualify for the Rio Games. The Dominicans earned their spot in the World Olympic Qualification Tournament by finishing runner-up to the world number one United States team in the North American Qualification Tournament and should be feared in this field. Head coach Marcos Kwiek hails from Brazil and has been guiding the ever-improving Dominican program since 2010. Sportsbook Betsson has made the Dominican Republic a narrow 1.59 favorite in its opening tilt against Thailand. 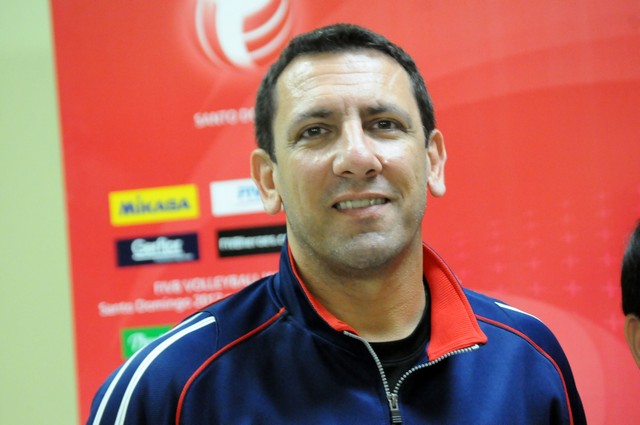 The Netherlands picked up its invitation to the World Olympic Qualification Tournament by finishing second to Russia in the European Olympic Qualification Tournament in January. Coach Giovanni Guidetti made his mark coaching in the Turkish Women’s League and engineered the surprise finish for the Netherlands national team, which has not advanced to Olympic play since 1996. Betsson expects Guidetti’s bunch to win handily in its first match of the tournament against Kazakstan and has listed the Dutch as 1.01 favorites. Volleyball Federation of Republic of Kazakhstan has sent one representative to the Olympics, in 2008, and is led by 6’5” Tatyana Mudritskaya who has played with German Champion Schweriner sports club. 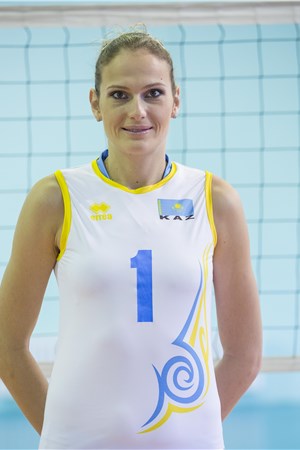 Looking to regain volleyball glory is Peru, a participant in seven Olympic Games and a silver medal-winning squad in the Seoul Olympics in 1988. The team has not qualified for the past three Olympiads and enters play as the longest shot to reach Rio De Janeiro from this field. Peru swept through the South American Olympic Qualification Tournament undefeated before being routed by Argentina in the finals at Bomberos Voluntarios Stadium in Bariloche, Argentina. The Argentines, ranked #12 in the world, parlayed a home court advantage into its first ever Olympics berth. Peru, now ranked #21, will have to endure another raucous opposing crowd as they begin pool play against Japan as a 10.00 underdog. 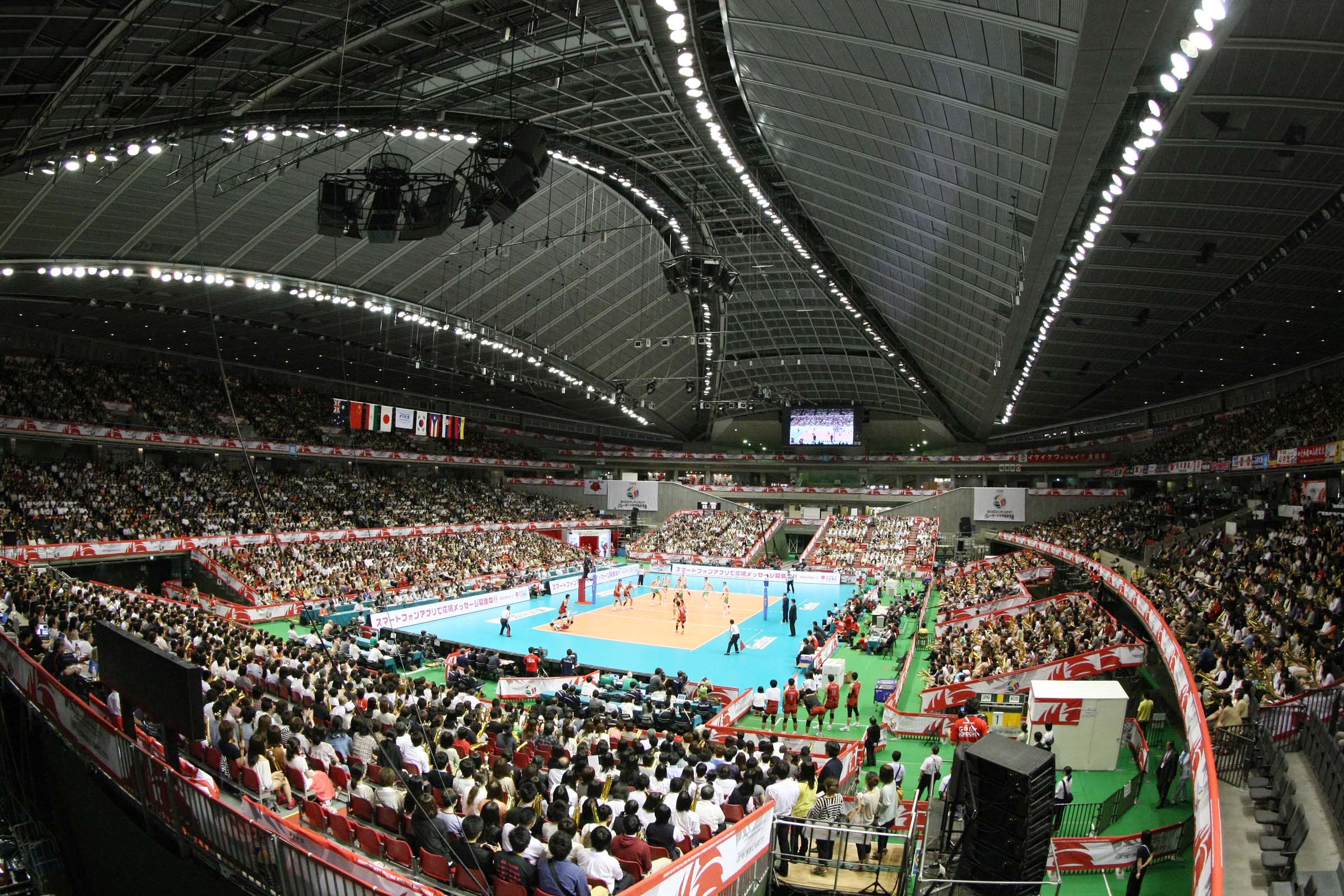 【Bookmaker】Who will be Queen of the Court? Spiking at the 2014 World Championships in Italy has begun!

With the serving, volleying and spiking already in full motion at the FIVB Women's World Championships in Italy, who's slated to dominate the competition?

Will we see an upset or two at the FIVB Women’s World Grand Prix Finals? Bookie bet-at-home reveals the odds for further insight.
【bet365】2016 Kentucky Derby: Who Will Claim Victory at Churchill Downs?
【bet365】2016 Thomas Cup & Uber Cup: Who Will Reign Supreme in Kunshan?
Home
Volleyball