The 2017 Africa Cup of Nations will be the 31st edition of the famous football tournament featuring countries solely from the African continent. The first tournament was staged in 1957 with only three teams taking part but the event has grown considerably since then and is now contested every two years with 16 participating teams. The 2017 Africa Cup of Nations will take place between the 14th of January and the 5th of February with Gabon as the host nation.

The tournament was originally scheduled to take place in Libya but the Confederation of African Football rescinded their right to host the tournament in 2014 due to ongoing war in the country. This saw Gabon step in and the tournament will be part of the Africa Cup of Nations 60th Anniversary. There will be four different stadiums used during the tournament and each stadium has been assigned a specific group with all but one match from each group being played inside that stadium. The stadiums are in Oyem, Port Gentil, Franceville and Libreville with the latter hosting the final. 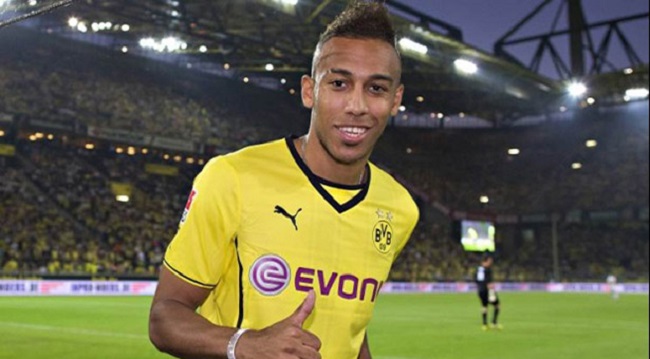 The 16 teams who have qualified have been drawn into four groups of four teams. Gabon qualified as hosts of the tournament whereas the other 15 teams had to qualify. The teams were seeded per previous performances in the Africa Cup of Nations and World Cup and drawn into the four groups. The teams will play each team in their group once and the top two teams from the four groups will progress to the quarter-finals. This is where the knockout stages of the tournament begin and the winners of each quarter-final will progress to the semi-finals and then the final where the winner will be declared. If any match from the quarter-final onwards is a tie at the end of 90 minutes there will be 30 minutes of extra-time and if there is still no winner a penalty shootout will take place. 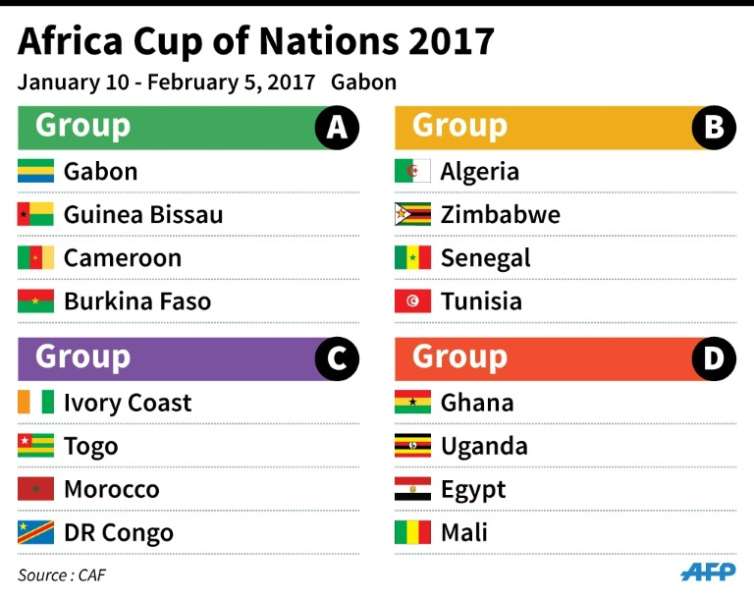 Group A features the home nation of Gabon in addition to Burkina Faso, Cameroon and Guinea-Bissau. The draw has been quite kind to the Gabonese and although they have a big name in Cameroon, the Indomitable Lions are not the force they could be. Several big-name players have opted not to play in the tournament, which has left them without the likes of Joel Matip, Allan Nyom and Guy Assembe. Cameroon is also without Alex Song, Eric Maxim Choupo-Moting, Stéphane Mbia and Sébastien Bassong, which has left them with a very inexperienced looking squad. This could open the door for Burkina Faso, the surprise finalists of 2013, who looked very strong defensively during qualifying. Guinea-Bissau are the weakest team in the group and making their Africa Cup of Nations debut. While they will be no push-over, it is unlikely they will make it beyond this stage of the competition. If the home fans back Gabon despite the political tension in the country, they have enough about them with the likes of Pierre-Emerick Aubameyang, Malick Evouna and Mario Lemina to top the group and can be backed at 5/4 with William Hill. Much is resting on the shoulders of Aubameyang in this tournament and the Dortmund striker has been in good form this season.

As for the second qualifying spot, it could go to Burkina Faso, a team that has enough to topple Cameroon and the Stallions. They are available at 6/4 to qualify.

In Group B, both Algeria and Senegal look very strong. They find themselves in a group with Tunisia and Zimbabwe. Interestingly, Algeria and Senegal do not meet until the final match in this group by which time both teams will be hoping to have sealed their place in the quarter-finals. Zimbabwe has little chance of progressing especially considering their rows over payment and other off the field problems. However, Tunisia looks like a decent team and has the ability to make life difficult for both Algeria and Senegal who have been struggling in World Cup qualification. However, it would take a brave person to back against them qualifying from this group. Algeria comes in at 6/4 to win the group with Tunisia available at 5/4 to qualify at the expense of either Algeria or Senegal.

Group C is home to the defending champions, Ivory Coast. Now without the likes of Didier Drogba and the Toure brothers, the Elephants have a fresh group of talented players to call upon including Eric Bailly, Serge Aurier and the newly called-up, Wilfried Zaha. There are still some doubts over the creativity of their midfield but with Jonathan Kodjia leading the line, they have a man who looks set to finally fill the shadow of Drogba.

Ivory Coast is coming in as the favourite to win the group at 4/9 with sportsbook William Hill and this is about right. The second qualifying place is up for grabs between DR Congo and Morocco. The former is a very strong unit and although they will be missing the injured Yannick Bolasie, they have the edge over a weakened Morocco team. DR Congo is available at 11/10 to qualify and this makes them a good bet.

Finally, on to Group D and it is good to see the return of Egypt to the Africa Cup of Nations. Having won the event three times in a row between 2006 and 2010, they failed to qualify for any of the next three tournaments. A small group of players from their last success remain but they have a sprinkling of good young talent including Mohamed Elneny, Ramadan Sobhi, Mahmoud Hassan and Mohamed Salah. They eliminated Nigeria in qualifying for the 2017 Africa Cup of Nations so they must be taken seriously and make a good bet at 6/4 with William Hill to win their group. Ghana, which has a squad that contains 16 of the 23 players who reached the final two years ago, should challenge Egypt for top place in this group. However, having been beaten by the Pharaohs in World Cup qualifying recently, they may have to make do with second place. 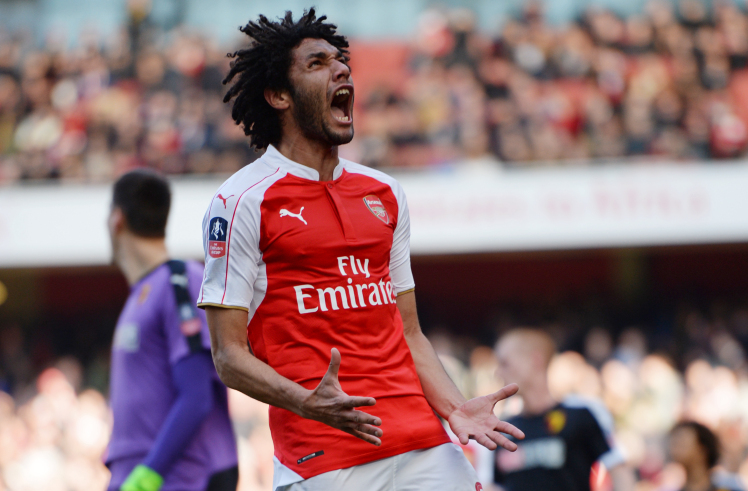 Before looking at the knockout stages and the potential winners of the tournament, it is time to cast an eye over the potential top goal scorers. Pierre-Emerick Aubameyang is the favourite at 7/1 with bookmaker William Hill but will Gabon have enough to make it into the latter stages of the tournament? Better options could be Ivory Coast’s Jonathan Kodjia at 8/1 or Moussa Konate of Senegal at 10/1. However, one man who presents great value at 16/1 is Algeria’s William Hill, Bookmaker, Odds, Sportsbook, Africa Cup of Nations, Mohamed Elneny, Football, Soccer, Pierre-Emerick Aubameyang, Ivory Coast, Gabon, Algeria, Senegal, Malick Evouna, Mario Lemina, Eric Bailly, Serge Aurier, Wilfried Zaha, Jonathan Kodjia, Ramadan Sobhi, Mahmoud Hassan, Mohamed Salah, Moussa Konate, El Arabi Hillel Soudani. The striker may not be as well-known to football fans around the world as his Leicester City teammates of Riyad Mahrez and Islam Slimani but he boasts a fantastic goal scoring record. Soudani finished as top scorer during qualifying and has 21 goals in 39 appearances for his country.

Looking at potential winners of the 2017 Africa Cup of Nations and the latter stages of the tournament, if Gabon, Burkina Faso, Algeria, Senegal, Ivory Coast, DR Congo, Egypt and Ghana all progress as predicted then we could be in for a very exciting round of quarter-final and semi-final matches. If an outsider is going to win the tournament then from these eight teams the most likely candidate is DR Congo, which is on offer at 16/1 to lift the trophy. However, there are too many strong teams for us to see a repeat of what Zambia achieved in 2012 and the final could see a rematch of a group stage game in Algeria taking on Senegal.

Algeria has a great mix of attacking talent and Senegal is very powerful throughout. It’s a tough one to call but despite their failings so far in World Cup qualifying, Algeria has the talent to come good when it matters most. They scored 25 goals in six games during qualifying with the next best team achieving 16 and this highlights their strength in depth going forward. Priced at 7/1 with William Hill, Algeria makes for a great bet to win the 2017 Africa Cup of Nations, their first since 1990. The question is, will we have drama in the final to match that of two years ago?

The legendary manager is back for another try with the Oranje. Will he make a winning start in Oslo? Bookmaker William Hill has all the latest odds for the FIFA World Cup qualifiers.

Bayern Munich Looks to Finish Off Salzburg in the Champions League

The German giants will try to avoid a rare round of 16 exit on Tuesday. Bookmaker 10bet has all the latest odds for the UEFA Champions League.

The Three Lions are going for a sixth consecutive win in their qualifying group. Bookmaker William Hill has all the latest odds for the FIFA World Cup qualifiers.

Jose Mourinho's men took a 3-2 loss in the first Rome derby of the season. Can they get revenge for it on Sunday? Bookmaker 10bet has all the latest odds for the Italian Serie A.
【Marathonbet】Sumo Takes Over Tokyo! Can Kakuryu Win Back-To-Back at the Hatsu Basho?
【bet365】Will the Aussie Open Feature an Upset as We Kickoff the Tennis Season? The 2017 Odds are Unveiled!
Home
Soccer