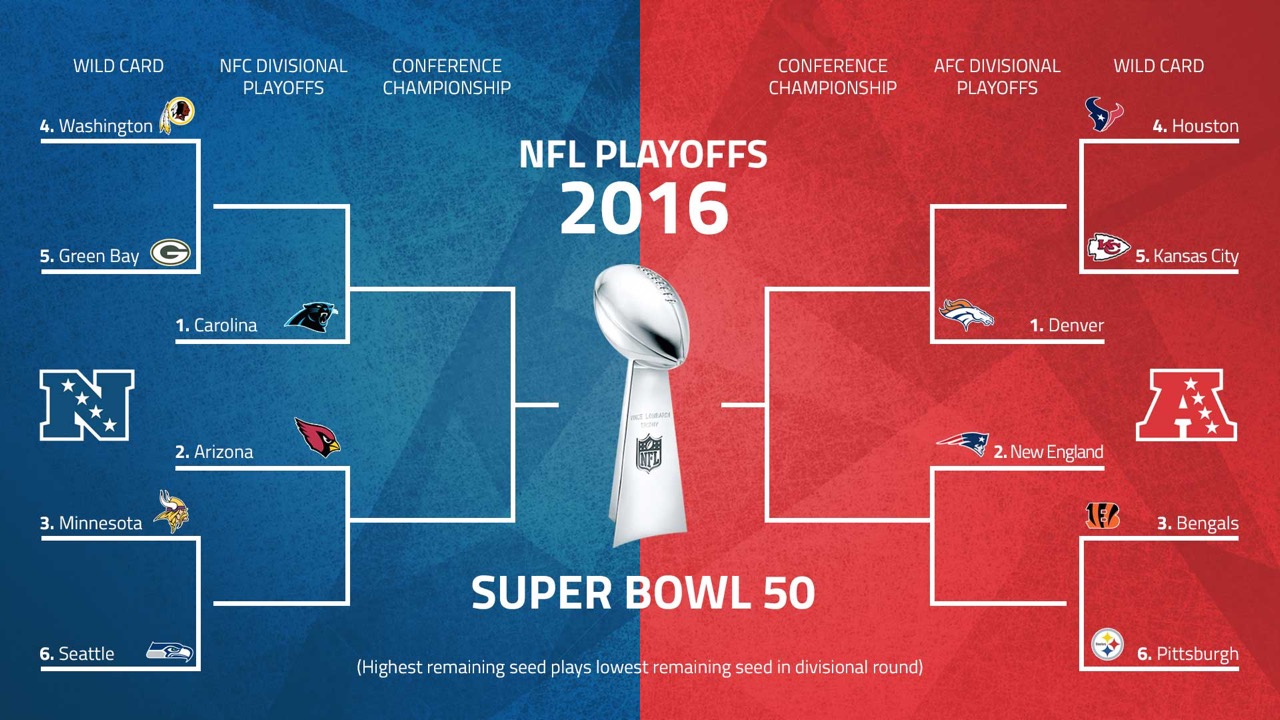 Going into Week 17 of the 2015 NFL season there was only one playoff spot out of 12 up for grabs and yet there were 512 possible playoff scenarios in the AFC alone. Those are the the kinds of variables that handicappers must sort through as the NFL playoffs get under way with four games this weekend.

Up first is a match-up between the two hottest teams in the AFC – the AFC South champion Houston Texans and the wild card Kansas City Chiefs. At one point during the season the Texans were 2-5 and the Chiefs 1-5 and both teams had lost their star running backs for the season, Adrian Foster and Jamaal Charles, respectively. But the Chiefs under coach Andy Reid responded by winning their last ten games and the Texans, despite being the first team to use four starting quarterbacks and reach the playoffs, won seven of their last nine. 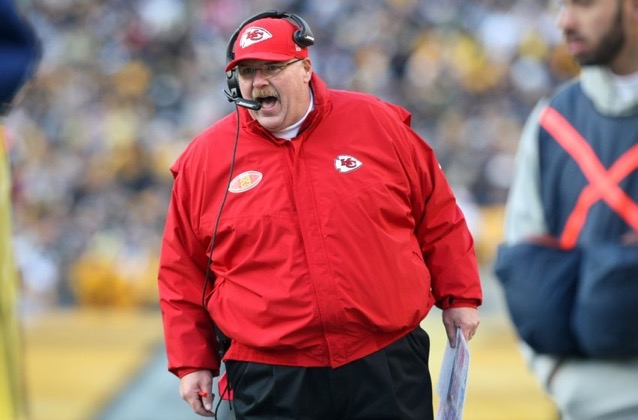 The Chiefs use a stout defense and controlled offense to a great advantage and sportsbook BetOnline has made the Kansas City eleven a three-point road favorite. Quarterback Alex Smith specializes in not turning the ball over but he has taken more shots than usual down the field this year and he will need to continue to do so against a Texans defense led by NFL sack leader and Defensive Player of the Year J.J. Watt. Opening day starter Brian Hoyer is back under center for Houston after being out with a concussion. For hunch players, the last time Kansas City won a playoff game was in 1994 – and it happened in Houston with a fellow named Joe Montana at quarterback. 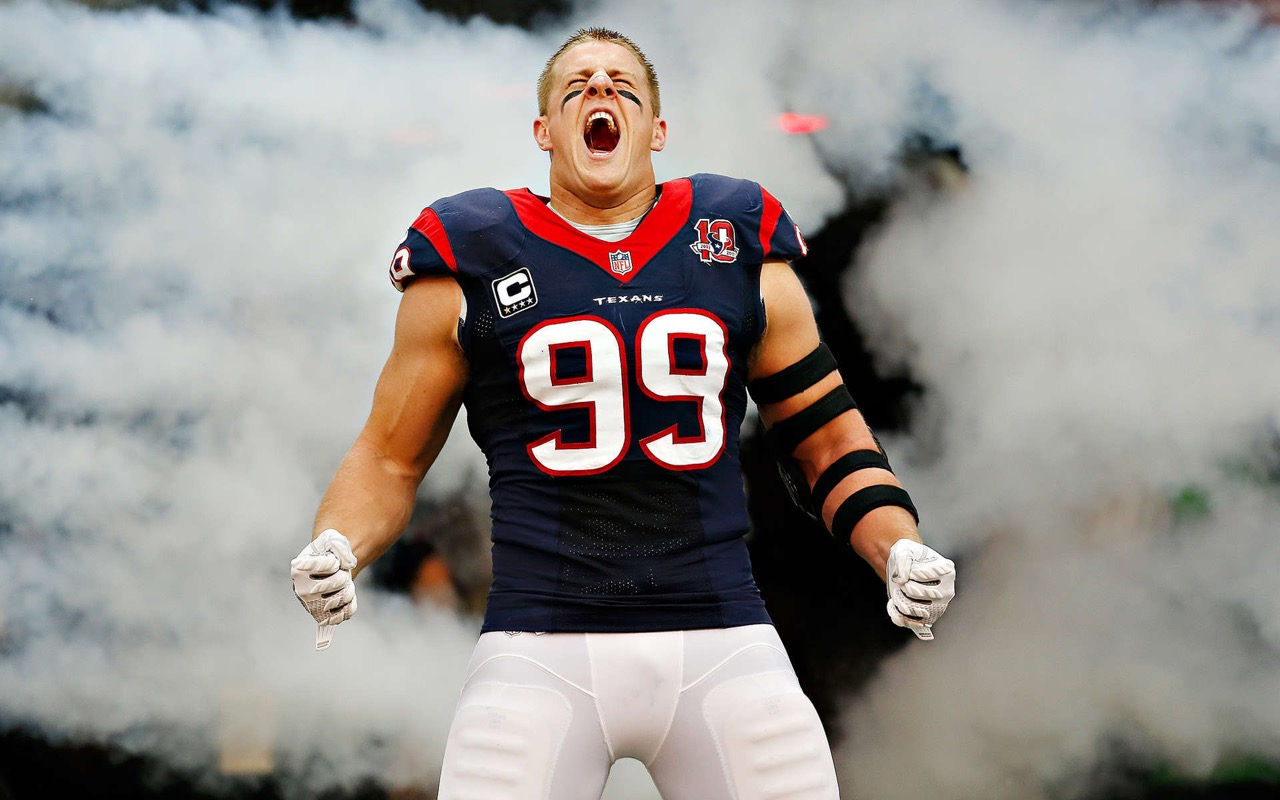 The other AFC playoff game features a match-up of divisional rivals, the Pittsburgh Steelers and the Cincinnati Bengals. The Bengals were the first team to clinch a divisional title this year after they raced out to an 8-0 start but lost quarterback Andy Dalton to a broken thumb in their meeting with the Steelers on December 13. With back-up A.J. McCarron, the Bengals offense has been competent in three games, including two wins, but has not resembled the unit that put up over 30 points in eight games earlier in the season. 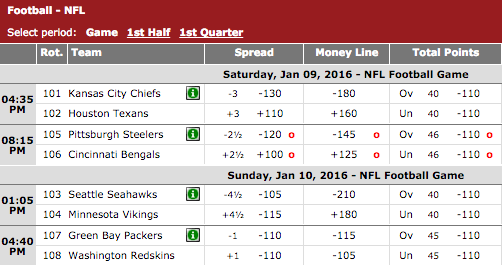 For Pittsburgh, there has been no more dynamic an offensive pair in the league in 2015 than Ben Roethlisberger and Antonio Brown. The Steelers offense has been virtually unstoppable since Big Ben returned from an early season injury but the Pittsburgh defense has been inconsistent all season-long, ranking 30th in pass defense. Oddsmakers see the loss of Dalton as too much to overcome and have installed the Steelers as a 2.5-point favorite on the road in Cincinnati. Pittsburgh has won 14 of its last 17 games on the enemy turf in Paul Brown Stadium. 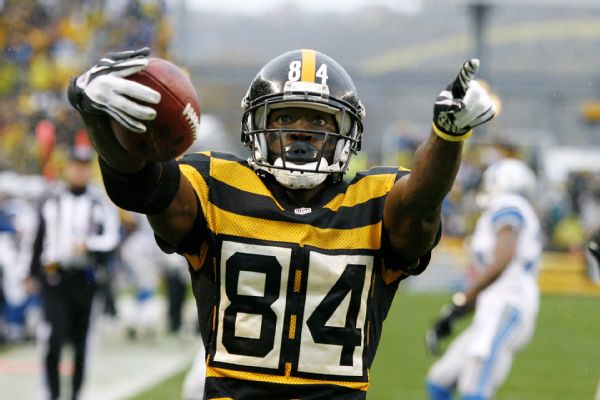 The NFC playoffs get under way in Minnesota where the Vikings meet the Seattle Seahawks. The Seahawks under Pete Carroll are bidding for their third consecutive trip to the Super Bowl. To accomplish that feat will require winning every game on the road as Seattle stumbled out of the gate 4-5 and had to win six of its final seven games to qualify as a wild card. During that streak, however, they have steamrolled opponents by averaging more than 30 points per game while their defense has allowed the fewest points in the league. Quarterback Russell Wilson has been playing the best ball of his career and the Seahawks will be getting battering running back Marshall Lynch back just in time for the playoff run. 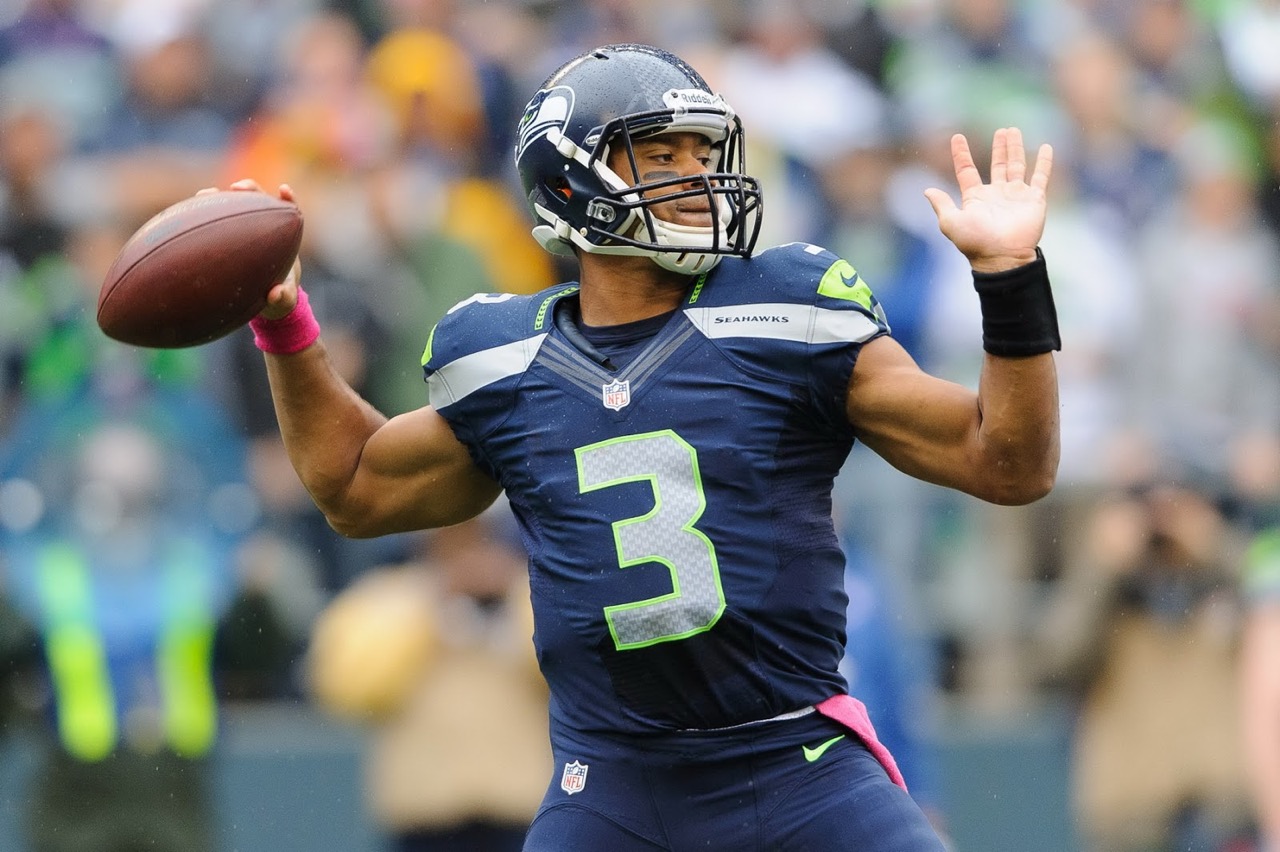 One of the three teams Seattle demolished by more than 30 points in the last month was the Vikings in Minnesota, 38-7 on December 6. The Vikings broke the Green Bay Packers’ stranglehold on the NFC North this year behind the running of NFL rushing leader Adrian Peterson and the quiet efficiency of second-year quarterback Teddy Bridgewater. The Vikings don’t look to be blown out for a second time within a month at U.S. Bank Stadium but bookmaker BetOnline has made Mike Zimmer’s bunch a 4.5 point home underdog nevertheless. 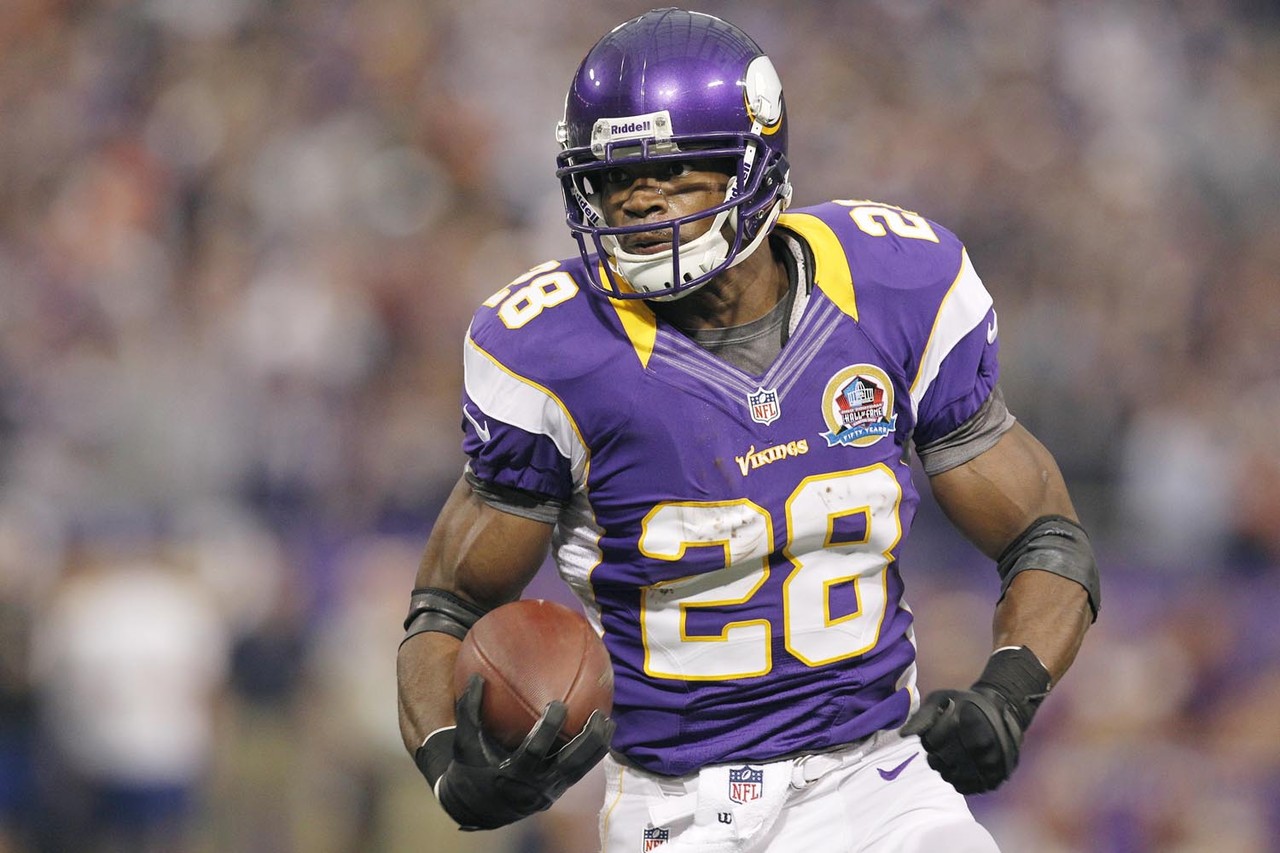 In fact, in the opening round of the NFL playoffs, the only home favorite is the surprise NFC East champions, the Washington Redskins. After coach Jay Gruden jettisoned erstwhile franchise quarterback Robert Griffin III in the pre-season for lightly regarded Kirk Cousins, prognosticators quickly dismissed Washington’s chances. But Cousins became the first quarterback in franchise history to throw for a touchdown in every game and led the NFL with a 69.8% completion rate. Still, Washington compiled only a 9-7 record against a weak schedule and failed to defeat a winning team all season long. 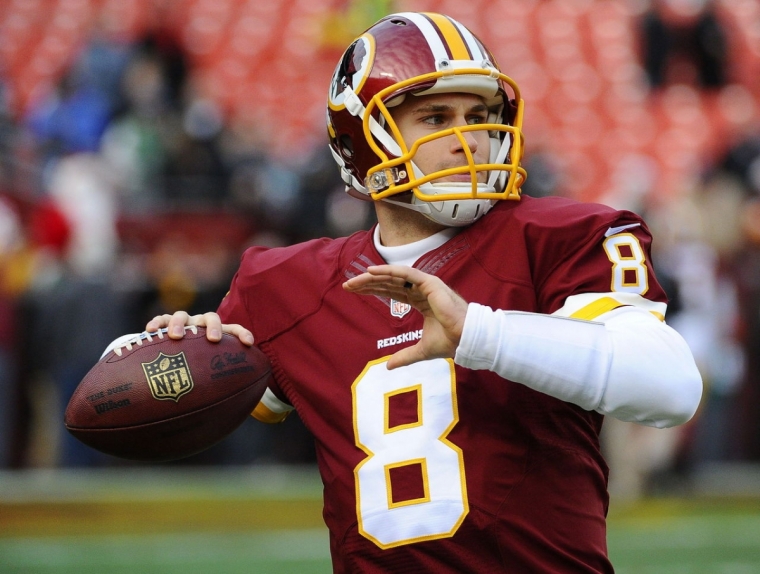 Matching up with the Redskins are the Green Bay Packers who have a winning record but have not played like a winning team down the stretch. An injury-riddled offensive line has allowed MVP quarterback Aaron Rodgers to be sacked 13 times in the last two games as the Packers have been unable to move the ball offensively. But with the legacy of the traditionally powerful Packers in these playoffs, the oddsmakers have opened Green Bay as a one-point favorite against the Skins. 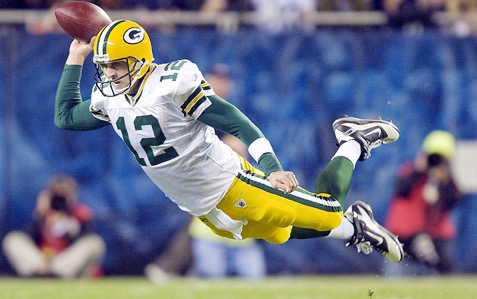 For those punters looking ahead to the Super Bowl as the playoffs get underway, there are four betting favorites, three in the ultra-competitive NFC – the Arizona Cardinals (+400), the Carolina Panthers (+450) and the Seahawks (+450). The Panthers flirted with a perfect regular season before finishing 15-1 and won games on the road, won games against Super Bowl contenders and won games with both strong offensive and defensive performances. Cam Newton emerged as the leading contender for the Most Valuable Player and the Panthers hold the home field advantage throughout the playoffs. Almost the same argument can be made for the Arizona Cardinals and Carson Palmer. Both teams, however, will need to overcome injuries to the secondary suffered late in the regular season. 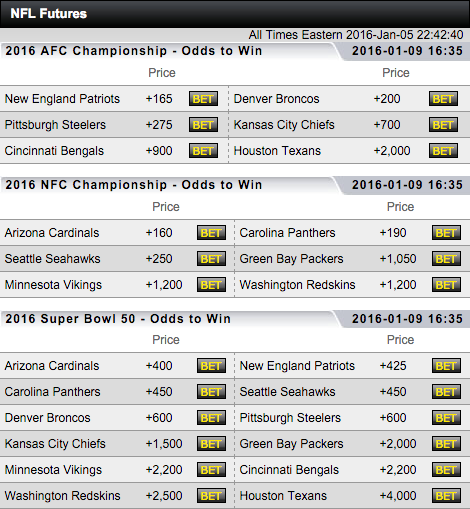 Bookmakers from Top Bet see the New England Patriots coming through the AFC to reach the Super Bowl (+165). Only two months ago the Patriots were 10-0 and dominating the league but a rash of injuries led to four losses in the final six games and a spate of questions concerning the defending Super Bowl champions. In the process Bill Belichick’s group surrendered home field advantage to the Denver Broncos (+200). The Broncos however, are wrestling with a quarterback controversy that hinges on the health of Hall-of-Famer Peyton Manning’s injured foot. And that is a fitting conundrum for gamblers handicapping the 2015 NFL Playoffs where so much is decided by injuries. 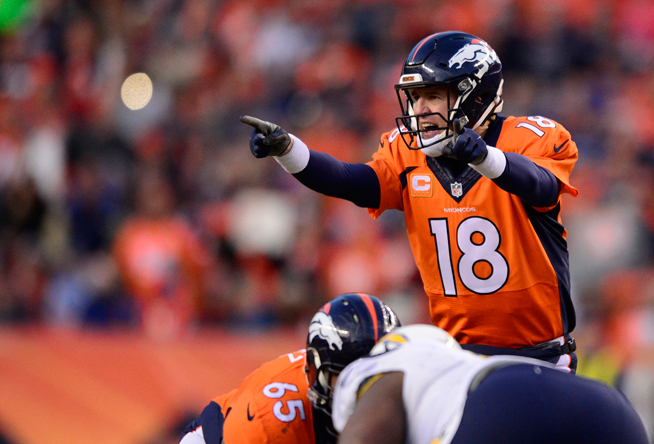 On the brink of a playoff berth, the Fins look to capture a huge win over the Raiders. Bookmaker 10Bet has the latest odds for the NFL.

The Vikings need to win against Green Bay. Can they defy the odds without Cook? Bookmaker BetOnline has the latest odds for all things American Football.

Baltimore vs. San Francisco Could be a Preview of the Super Bowl

The 49ers and Ravens are two of the elite. Will Sunday's contest be a glimpse of the upcoming Super Bowl? Bookmaker BetOnline has the latest NFL odds.
【Bookmaker】Tide & Spartans, Sooners & Tigers: Who Will Be the Last One Standing?
【bet365】Who will be the King of Asia? The 2016 AFC U-23 Championships Take Over Qatar!
Home
American Football