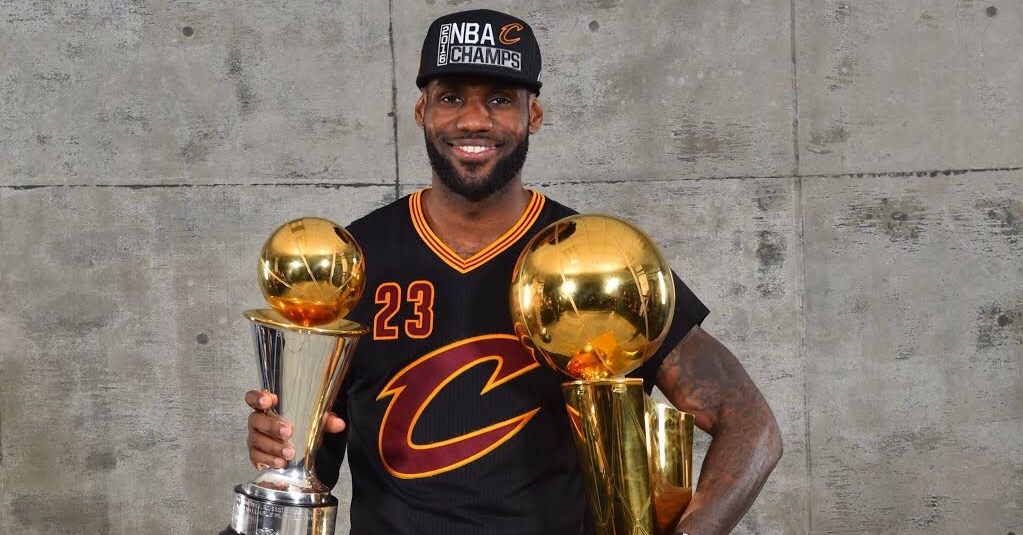 They have been playing basketball in the NBA for almost 70 years and so far there has never been a third act – two teams have not faced each other in the Finals in three consecutive years. Two years ago the Golden State Warriors overwhelmed the physically depleted Cleveland Cavaliers and last year the LeBron James-led Cavaliers extracted revenge as underdogs to win the championship. Heading into the 2016-17 season handicappers will need to invent reasons why after every team plays 82 games and three rounds of playoffs are conducted that these two squads will not square off in a rubber match come June.

In 2015-16 Golden State never let off the gas in the regular season, playing all the way to the bell in amassing a record 73 wins. There was sniping among critics that the single-minded obsession with that record compromised the quest for back-to-back championships. Perhaps. But only an unprecedented playoff performance by James denied the Warriors that second title. Nonetheless, in this off-season Golden State went out and landed the most coveted free agent since James himself in Kevin Durant. 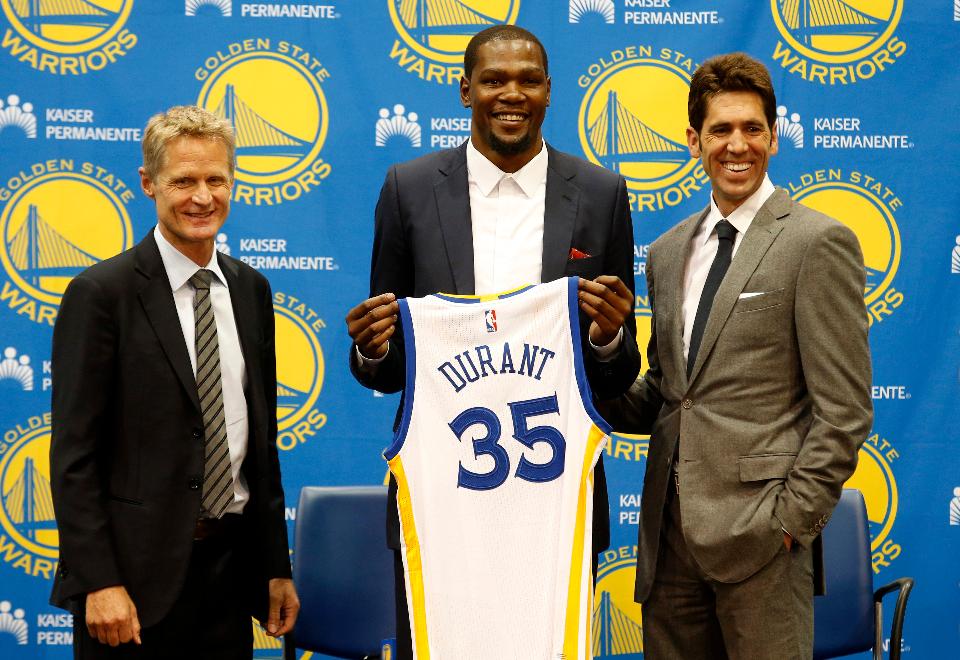 Now, with the season wins record safely in the books, the Warriors will likely use the regular campaign to fully weave the unique skills of 7-footer Durant into a line-up that includes current two-time MVP guard Stephen Curry and All-Stars Draymond Green and Klay Thompson. Bookmaker Marathonbet has installed Golden State as better than even money favorites to figure out the best way to utilize Durant – he was the last player not named Curry to win the league’s MVP – at 21/50 to capture the Western Conference.

The Cleveland Cavaliers are almost as prohibitive a choice to make it through the Eastern Conference with 12/25 odds. Handicapping Cleveland is a simple calculus; if four-time MVP James stays healthy and does not appear to be slowing up on the court – he celebrates his 32nd birthday in December – then betting against the Cavaliers in the East will undoubtedly be a triumph of hope over experience.

The only two teams given even a glimmer of a chance to unseat the defending NBA champions in their conference are the Boston Celtics and the Toronto Raptors. To win money on the Raptors not actually winning the Eastern Conference will force punters to wager 22 units just to win one. For players who are sold on the certainty of the Warriors in the West, the same wager on the Los Angeles Clippers, who are widely considered one of the four best teams in the league, will require a bet of 71 units to return one. 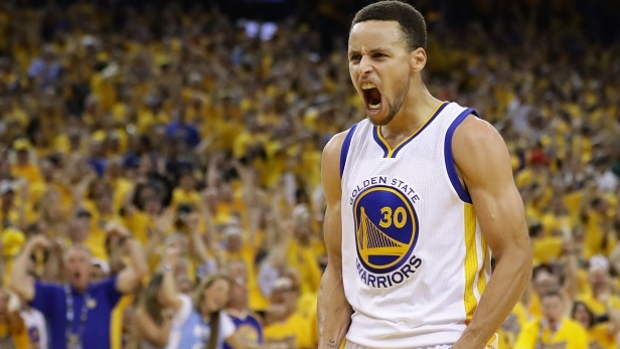 Before the season’s opening tip, the Warriors are posted at 7/10 odds to win the NBA Championship and the Cavaliers are 18/5. If any prognosticator sees the Warriors not winning the title but a team other than the Cavaliers doing the vanquishing, a bet of slightly better than even odds, 27/25, is available on Golden State not winning its second championship in three years.

Who could that long shot be? Even with longtime stalwart Tim Duncan slipping quietly into retirement, the San Antonio Spurs are not ready to cede the Western Conference completely to Golden State. The Spurs are coming off a 67-win season in which they had a bigger winning margin in games than even the mighty Warriors. Forward Kawhi Leonard has won back-to-back NBA Defensive Player of the Year awards and he could well add an MVP trophy to that collection this year. Punters can get the Spurs at 9/2 to win the West and 39/5 to win the championship. 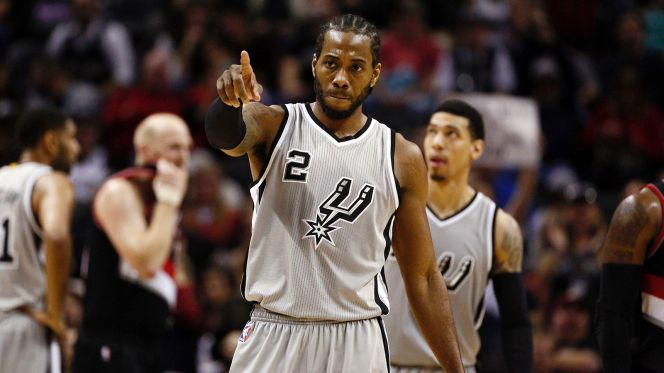 The Clippers have ridden a superstar core of Chris Paul and Blake Griffin to the best sustained run in the history of the franchise. Both can be free agents after the season and team management has rebuilt the roster in an all-in rush to finally break through the Golden State roadblock in the event this is their last chance. The Warriors have won seven of the eight regular season games between the two Western powers in the past two years; if they clash in the conference finals bettors can fetch 11/1 odds on the Clippers to change that outcome. 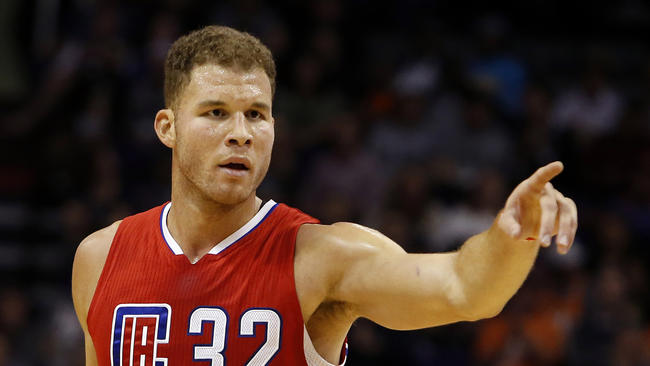 Basketball fans do not have to have long memories to remember when Golden State was not the juggernaut it is today. It has scarcely been two years since their meteoric rise to the NBA elite took place. Bettors looking for a similar ascension lurking in the flotsam of the remainder of championship-challenged NBA have cast their eyes on the Minnesota Timberwolves. The Timberwolves enjoy the services of the last two league Rookie of the Year players in Karl-Anthony Towns and Andrew Wiggins and coach Tom Thibodeau is highly regarded as a mastermind who can replicate the Golden State magic. If this is indeed the year, the return to backers for a Western Conference championship will be 30/1. 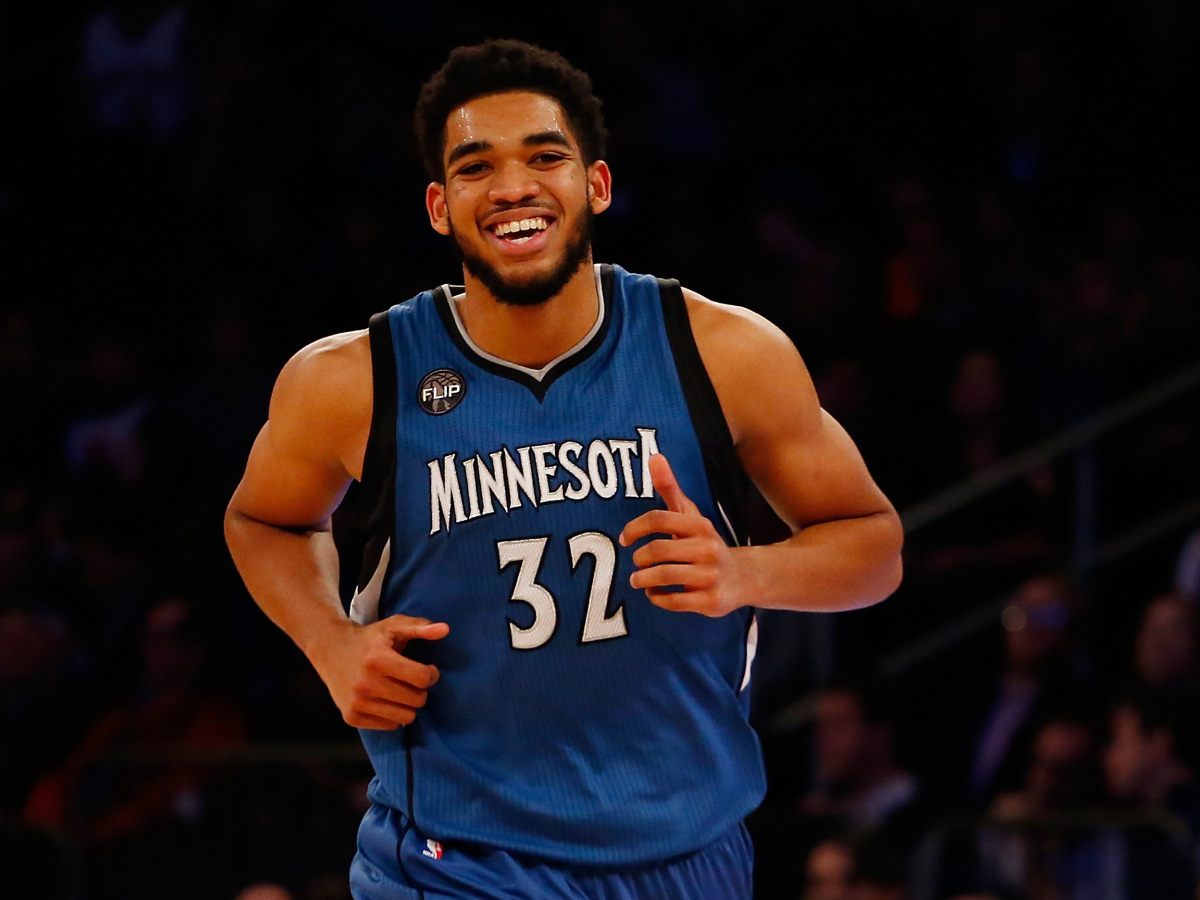 Golden State, Cleveland, Minnesota? This is not an era of big-name franchises in the NBA. The New York Knicks, the Los Angeles Lakes and the Chicago Bulls all remain in down cycles entering the 2016-17 season. Of the traditional NBA powers only the Boston Celtics are given much of a chance to raise a ruckus this season. The Celtics cast a covetous eye on Durant in the off-season but wound up with a not insignificant consolation prize in big man Al Horford. He will team with quicksilver guard Isaiah Thomas, a newly minted All-Star, on a team that is expected to go deep into this season’s playoffs. Boston is a 7/1 choice to take the Eastern Conference from Cleveland and 20/1 to win the title. 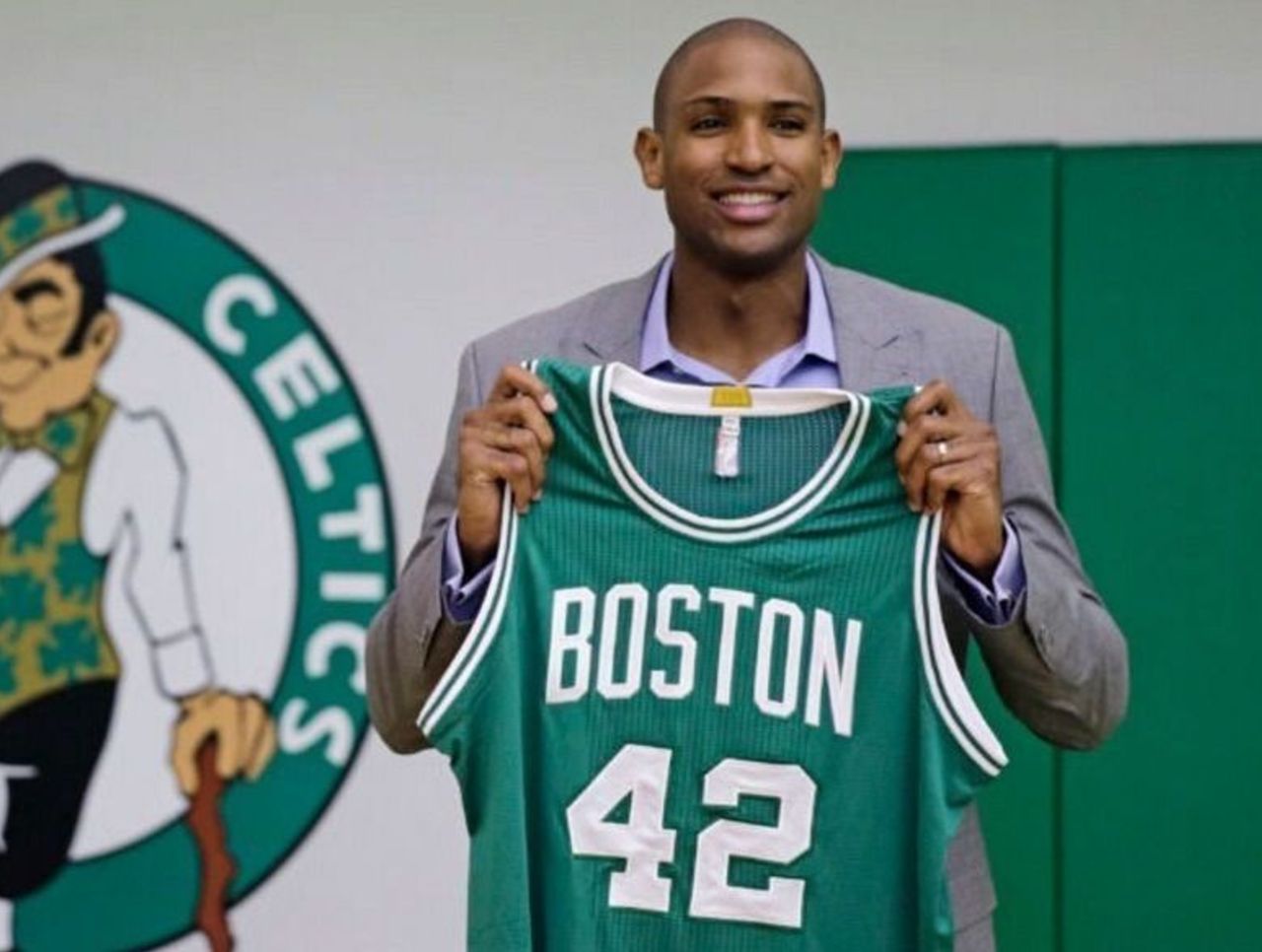 Toronto (25/1 to win the championship) has been pecking around the edges of greatness for a couple of seasons and set a franchise record for wins last year. A strong playoff push followed, taking the Cavaliers to six games in the conference finals. Future progress will depend on the continued blossoming of 24-year old Lithuanian center Jonas Valanciunas. If an outsider can emerge to bust up the Cleveland-Golden State party, Valanciunas is about as far from the current mainstream of NBA stardom as you can get. 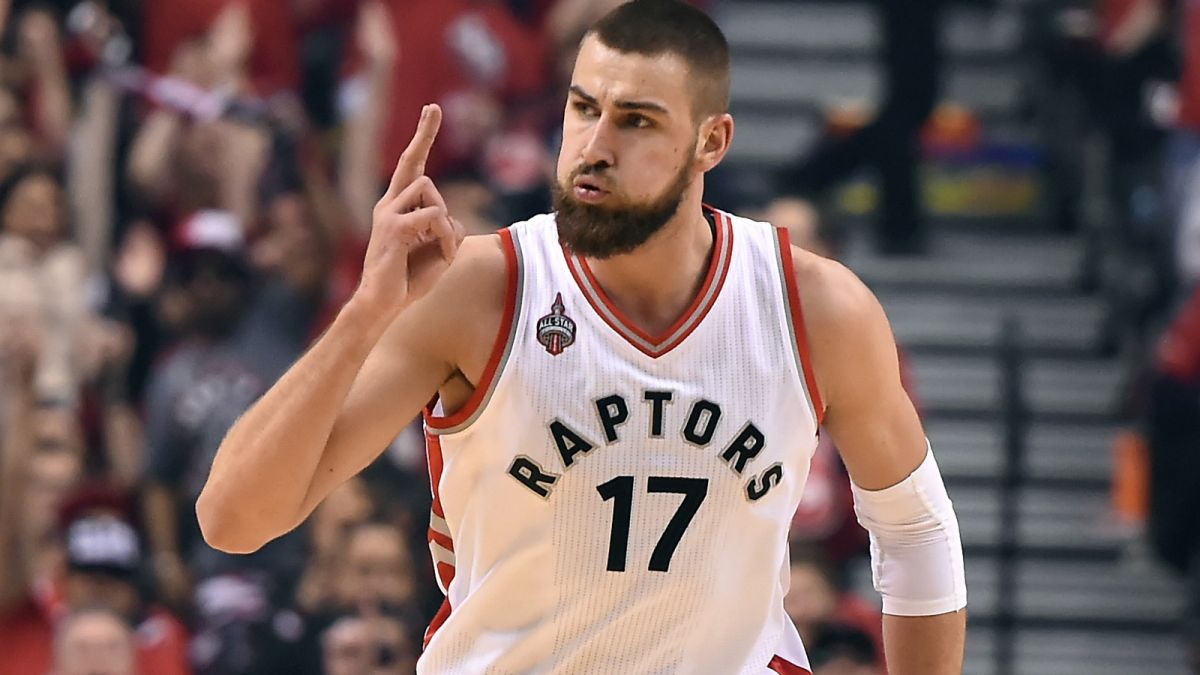 The Pelicans are on the outside looking in but have a favorable schedule. Bookmaker 10bet has the latest odds for the NBA.

Can Anyone Challenge Duke for the ACC Championship?

The Blue Devils are ACC defending champions. Can they hold onto that crown this season? Online bookmaker SportsBetting has the latest odds for the NCAA basketball season.

It Should be an Emotional Evening When Kawhi Returns to Toronto

The Klaw returns to Toronto for the first time since joining the LA Clippers. Will the Raptors spoil his return? Bookmaker SportsBetting has odds for all things basketball!

This is a must-win contest for Portland. Can they take down the Denver Nuggets? Bookmaker 10bet has the latest odds for the NBA.
【Bookmaker】Who’ll Triumph Down Under? Cox Plate & Melbourne Cup Odds are Out!
【bet365】Who’ll Be Crowned the New King of Europe? Europa League Action Heads into the 2nd Half!
Home
Basketball