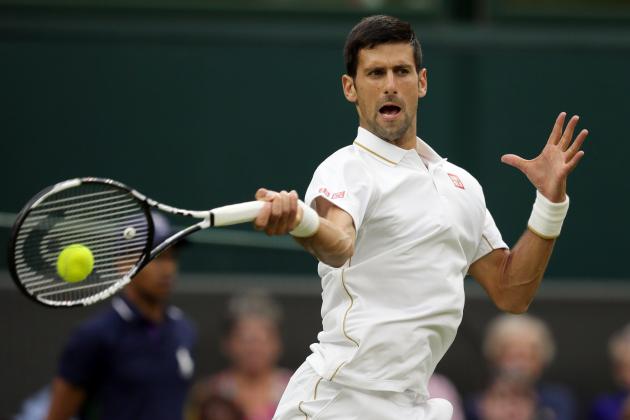 Tennis is a sport which has divided opinion at the Olympic Games but has always produced high quality matches and great excitement. Tennis at the 2016 Summer Olympic Games will be the 15th time it has been an official Olympic event having been a demonstration event in 1968 and 1984.

Tennis was part of the inaugural Olympic Games in 1896 and was involved in the following six before being dropped for the 1928 games. Tennis made a return in 1988 and has been involved in every Olympic Games since then. Between 2004 and 2012, the Olympic tennis tournament awarded ATP and WTA points but this will not be the case in 2016 where results will not count towards a player’s world ranking.

The 2016 Olympic Games tennis events will take place at the Olympic Tennis Centre in Rio de Janeiro between the dates of August 6th to the 14th. The competition will be contested on a hardcourt surface, which is popular in North America as a way of preparing players for this year’s US Open slated to commence at the end of this month, which is also played on hardcourt. South American tennis is traditionally played on clay, so those players who prefer the red surface will be disappointed by the change.

Entry for the singles competitions has been decided by the top 56 players in the world rankings of both the ATP and WTA Tour as of June 6, 2016. No more than four players from a single country can participate, which allows for some players outside of the top 56 to qualify for the tournament. As with all major tennis tournaments, the singles competitions are played on a knockout basis with all matches being the best of three sets, other than the men’s final, which will be the best of five sets. There will be a total of six rounds for both the men’s and the women’s singles competitions. 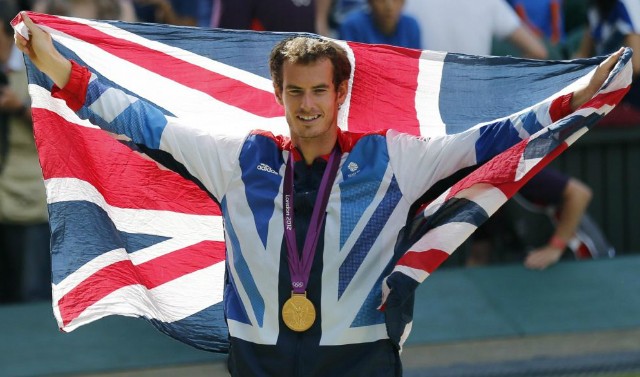 The men’s defending champion is Andy Murray who won gold at the 2012 London Olympic Games playing on grass at Wimbledon. Only Murray, of Great Britain, and Rafael Nadal, of Spain, are previous gold medal winners in the men’s draw, meaning a total of 62 players will be participating, who have never previously won gold.

Murray will be full of confidence to repeat having won Wimbledon this year along with the withdrawal of Roger Federer from the competition. Priced at 3.66 to win the gold medal with Pinnacle, Murray knows he is likely to meet his great rival, Novak Djokovic, should he reach the final. Djokovic who is 1.689 to win gold has defeated Murray in both the Australian and French Open finals this year and will be ready to defeat Murray again should the two meet in the finals. However, Djokovic was disappointing at Wimbledon and needed the recent victory at the Rogers Cup to get his season back on track so him defeating Murray is no lock by any means.

At the age of 29 this could be Djokovic’s last chance to add an Olympic gold to his impressive list achievements in tennis and the Serb will be delighted by the choice of surface making the conditions quite fast. Djokovic is clearly the favourite for this tournament but despite his recent win in Canada, fitness doubts still remain over the world number one.

With the likes of Milos Raonic and Tomas Berdych not taking part, it may fall to Stan Wawrinka to lead the chase from the group of players behind Djokovic and Murray. The Swiss player is available at 12.40 with sportsbook Pinnacle but has never gone beyond the semi-final of the US Open with clay being his best surface. The option to play on hardcourt rather than clay has dented Wawrinka’s chances and also that of Rafael Nadal. The Spaniard who won Olympic gold on hardcourt in 2008 has been blighted by injury and does not carry the threat away from clay that he used to making the odds for him to win a second gold medal in Rio at 18.20.

In the women’s game, Serena Williams is the clear favourite to win the gold medal. The American claimed gold at the 2012 Olympic Games and won her seventh Wimbledon title earlier this year underlining her continued dominance of women’s tennis. It’s little surprise to see her installed at 2.25 with bookie Pinnacle to win the 2016 Olympic gold in Rio. Serena Williams is another player who has benefited from the decision to switch the surface of the court from the traditional South American clay to the North American hardcourt. The world number one has found titles more difficult to come by at Roland Garros winning three times whereas 12 titles have come on the hardcourts of the Australian and US Open. 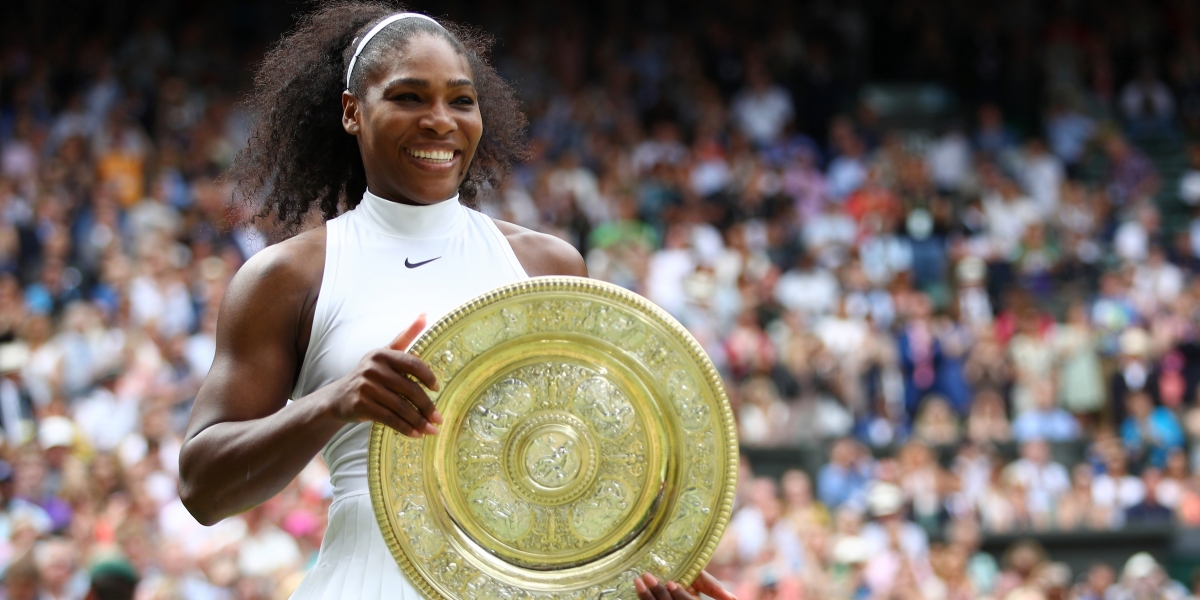 Williams biggest challenge may come from Angelique Kerber who has been enjoying a very successful 2016 season. The German may have lost the Wimbledon final to Williams but at the same time defeated the American on hardcourt at the Australian Open in January, which will give her much-needed confidence if the two were to meet in the finals at Rio. Kerber also reached the quarterfinals at the 2012 Olympic Games and the semi-final of the recent Rogers Cup. Available at odds of 9.50 to win the 2016 Olympic gold medal, Kerber provides great value and is definitely one to watch.

With Maria Sharapova missing out due to a ban, Williams other main threat will come from Garbine Muguruza. The Spanish player disappointed at Wimbledon going out in the second round after having played so well to win the French Open earlier in the year. Having withdrawn from the Rogers Cup due to illness, Muguruza has stated her desire to win the gold medal in Rio and should be feeling fresh having not played in Canada. Muguruza is on offer at 5.50 with Pinnacle to win the women’s tennis tournament at the 2016 Olympic Games.

Looking for value elsewhere and Madison Keys enjoyed a good run to the final of the Rogers Cup prior to the start of the Olympic Games. The American also reached the semi-final of the Australian Open in 2015, which has been her best performance in a Grand Slam tournament to date. Available at 17.95 with bookmaker Pinnacle, Keys makes a good outside bet for the tournament.

On the face of it, there appears to be two main challengers for the men’s singles Olympic gold medal and they are Novak Djokovic and Andy Murray. Both players will be feeling good about their chances heading into the tournament but Djokovic has the edge over Murray in recent hardcourt encounters.

Serena Williams biggest challenge could come from Angelique Kerber but it’s the American who will start the tournament with the greatest belief of victory. When she turns up at her best, there is still no one who can match the world number one and she will be determined to make more history as the only player to win back-to-back Olympic gold medals.

It would take a brave person to back against Novak Djokovic and Serena Williams winning Olympic gold this summer. 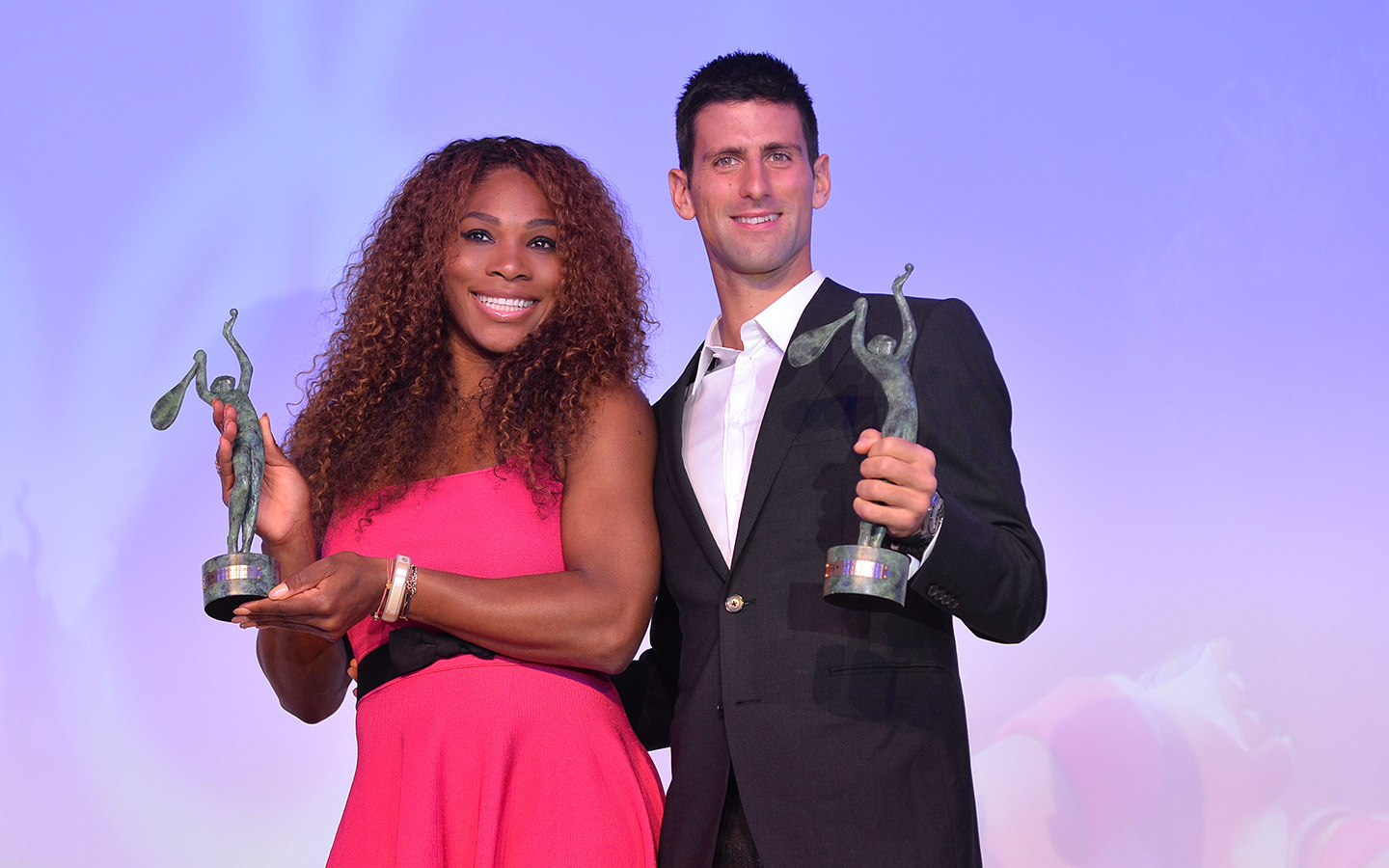 Sportsbook Betfred releases the odds covering the men’s & women’s field at the Olympics in Rio. Who’s destined to go home with gold?
【bet365】Who Will Own the Track in Rio? The World’s Fastest Human Odds are Out!
【Paddy Power】Can Brazil Dominate Their Way to Gold on Home Soil? The Volleyball Odds are Out!
Home
Olympics