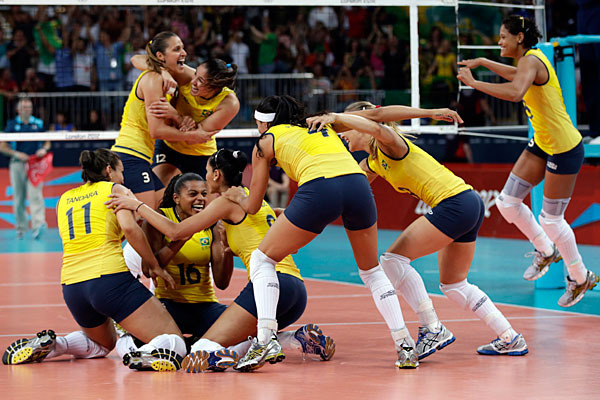 Expect Brazilians to be staging a two-week party inside the Ginásio do Maracanãzinho when the Olympic indoor volleyball championships commence. The Brazilian women’s team will be gunning for its third straight gold medal and the Brazilian men come into the tournament ranked number one in the world. After settling for silver medals in Bejing in 2008 and London in 2012 expect the men to be especially feisty in front of a home crowd in their mission to capture gold for the first time since 2004. 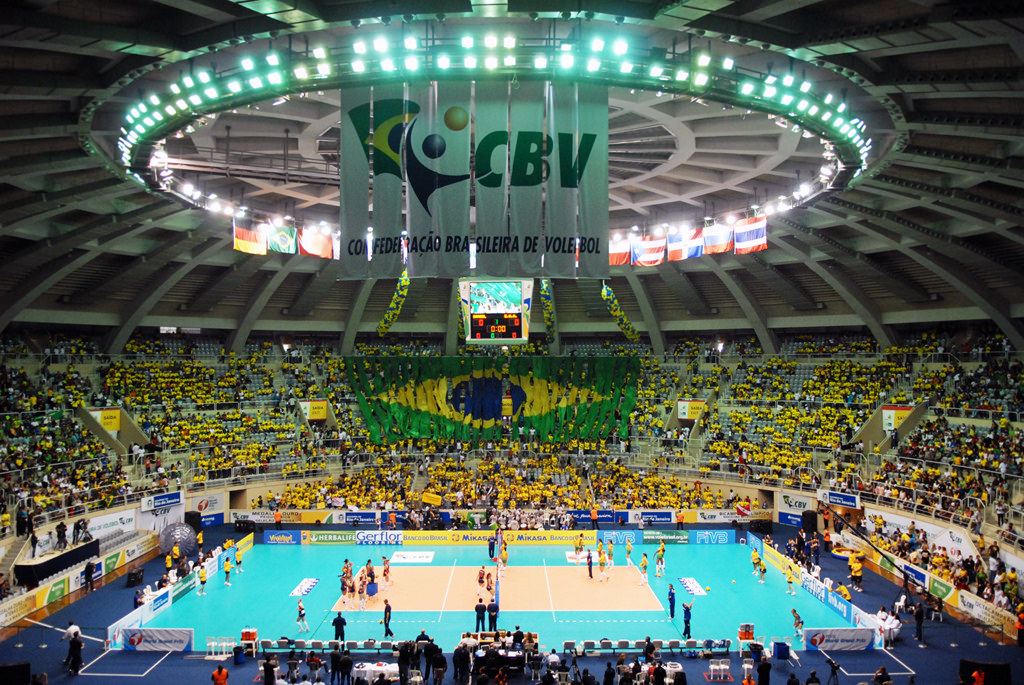 For bettors the mission will be finding value on the board. Bookmaker Paddy Power has listed the Brazil Ladies at skimpy 1/6 odds to reach the medal podium and the men are at 1/3. Odds to claim the gold medal on August 21 are a bit more generous with the Brazilian men listed at 6/4 and the women an 11/10 choice.

Brazil will send an experienced line-up of women players to the court in Rio De Janeiro. Outside hitter Sheilla Castro played on both previous gold-medal winning teams and won Best Outside Hitter recognition at this year’s FIVB World Grand Prix tournament, which Brazil won. Wing spiker Natália Pereira was dominant in that competition as she tallied 60 points, including 48 on spikes and 11 on blocks. She is also a veteran of the 2012 gold-medal team. Bettors may want to note that only two women’s volleyball teams have won gold on their home court, the last being the Soviet Union in an American-less Moscow in 1980. 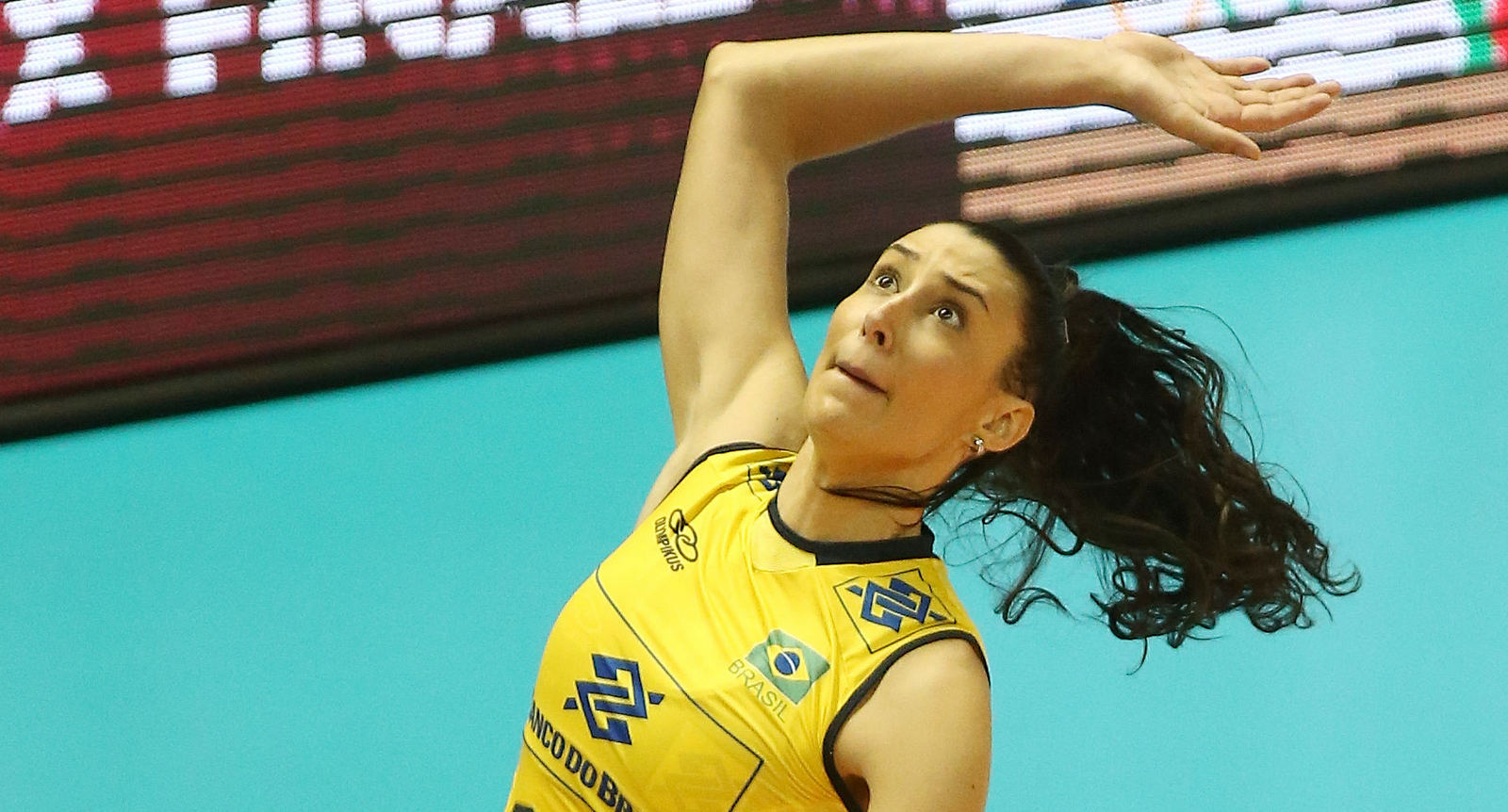 Even so, Brazil will not be entering the tournament as the number one ranked team in the world. That distinction belongs to the women of the United States. The Americans scored gold in four of its five international tournaments in 2015 compiling a 41-6 overall match record. The lone loss occurred in the FIVB World Cup. The U.S. women have never won an Olympic gold medal and have settled for silver in both 2008 and 2012 after losses in the finals to Brazil. 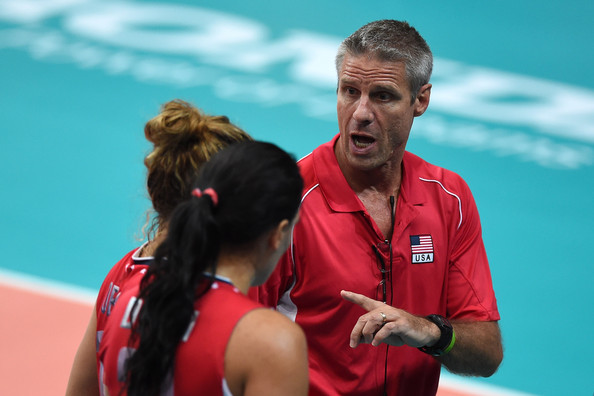 For those plungers looking for a different result on Brazil’s home court they can point to Kimberly Hill who was also honored for her outside hitting at the FIVB World Grand Prix. Hill was a beach volleyball player before moving indoors in 2013 and she will be making her Olympic debut. Sportsbook Paddy Power has installed the USA as a 3/1 favorite, longish odds indicative of the home court disadvantage and the fact that the best longshot challenger lurks in the same group as the Americans – China.

The Chinese are a young squad that has nonetheless been together since the 2012 Olympics. They are under the tutelage of revered coach “Jenny” Lang Ping. China advanced through the 2014 FIVB Volleyball Women’s World Championship losing only one match – the finals to the United States. If this continues to be a team on the come, the Chinese can break the Brazil-United States stranglehold at the top of the women’s volleyball world. China is listed at 1/3 to win a medal and 5/1 to emerge from the competition with the gold. 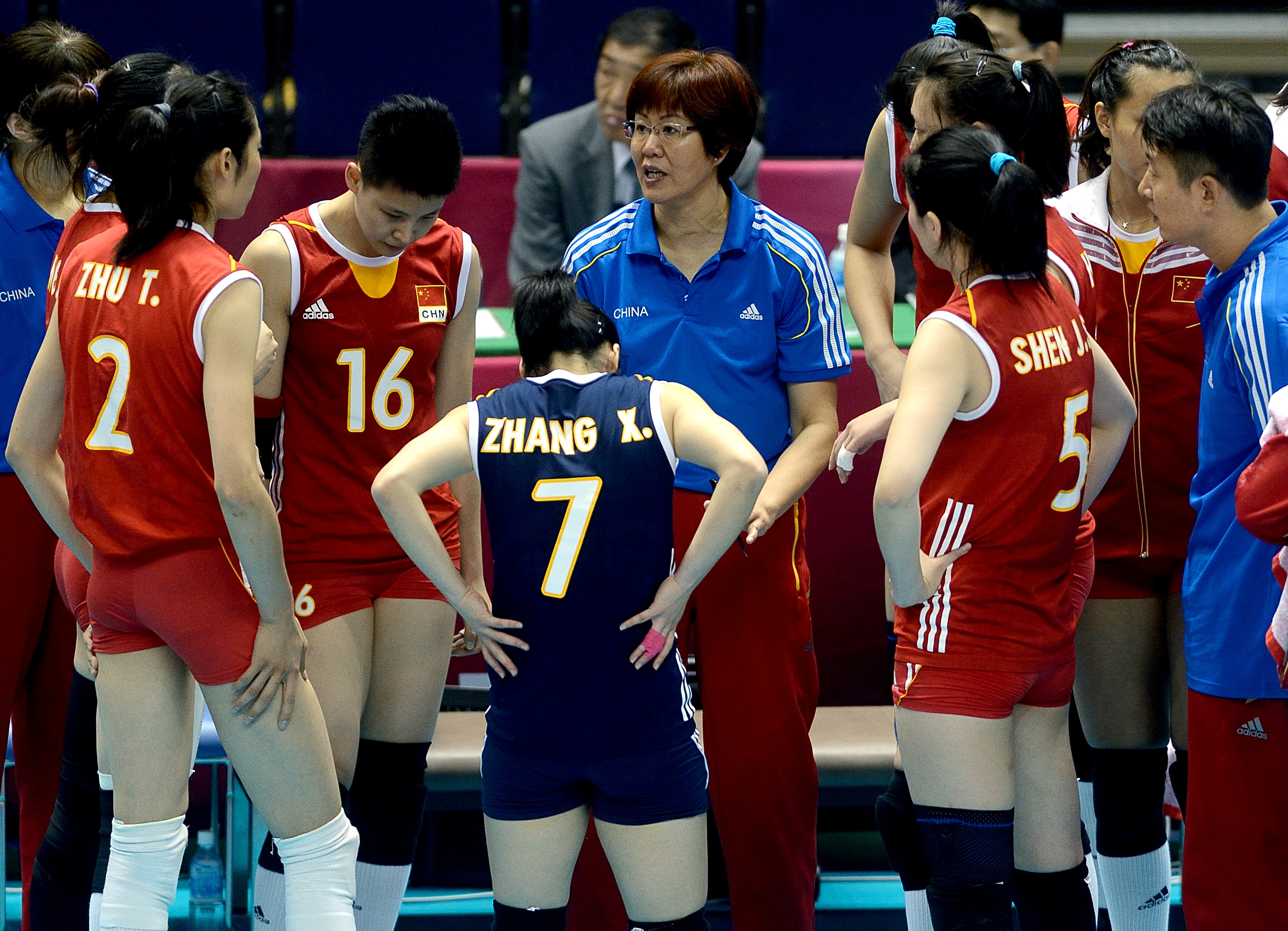 The men’s 12-team field will be deeper with contenders. The Brazilian men are led by coach Bernardo Rezende who is no stranger to Olympic competition. He has hauled home five medals as a coach and another as a player. But as their silver medal finishes in 2008 and 2012 demonstrate, the powerful Brazilians are not immune from upset. There was also a defeat to Poland in the finals of the FIVB World Championship in 2014, 18-25, 25-22, 25-23, 25-22. 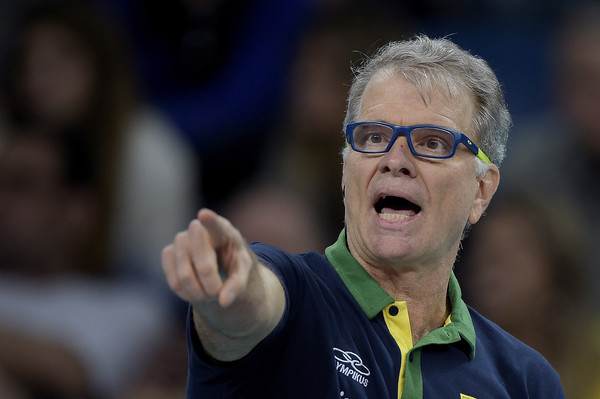 To take stock of the men’s tournament, Russia is the defending Olympic champion, France is the defending European champion, Poland is the defending world champion, and the United States is the defending World Cup champion. Brazil is not a titleholder of anything but they are the No. 1 ranked team in the world. And the Italian men have reached the semi-finals in every Olympiad since 1996. There is much to choose from for punters.

Russia is led by volleyball legend Sergey Tetyukhin who will be appearing in his fifth Olympics. He seemed set to ride off into glory after the Russian’s 3-2 gold medal win over Brazil in London but the captain was lured out of retirement at the age of 40. That can be an indication for handicappers on the state of the Russian team heading to Rio. Also no country has won back-to-back gold medals in Olympic competition in 28 years. The Russians are the 8/11 favorites to win Group B and 9/2 to win the gold medal. 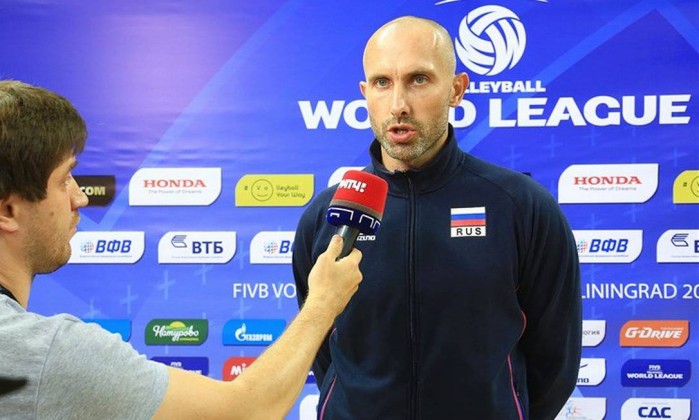 Poland (9/5) will be Russia’s primary competition in Group B. The nation has a long legacy of excelling on the volleyball court dating back to a gold medal at the Montreal Games in 1976. Given the longest odds of all the main contenders to win gold at 13/1, Poland is an attractive choice for value bettors – even if grabbing the gold could mean dispatching Brazil on its home court in the finals.

The United States is ranked fifth in the world, a position that has dumped them into preliminary play in Group A with Brazil and two dangerous European squads, France and Italy. The Americans offer their own volleyball veteran – Reid Priddy, who is on his fourth Olympic squad. Oddsmakers are not expecting Priddy to be able to duplicate his 2008 gold medal – just 4/1 to win its group and 13/2 to win the tournament. 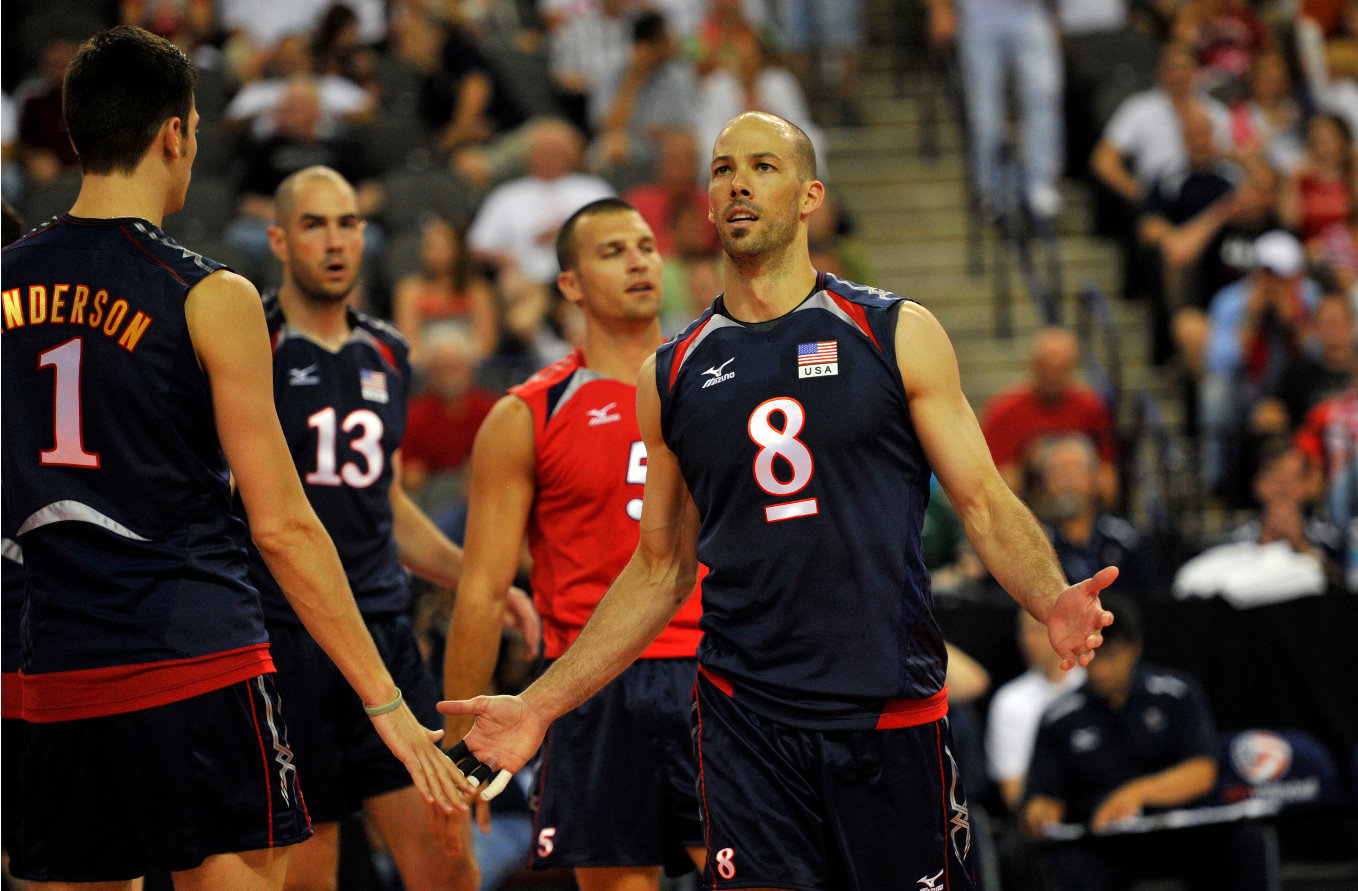 Can Phelps, Ledecky & Co. continue their dominance in the pool in Brazil? Sportsbook 888sport reveals the up-to-date odds for this year’s Olympic Games!
【Pinnacle】Can Murray & Williams Defend on the Hardcourt in Rio? The Odds are in Favor of…
【M88】USA vs. World: Will We Have a Repeat of Athens in 2004? The Rio Basketball Odds are Out!
Home
Olympics