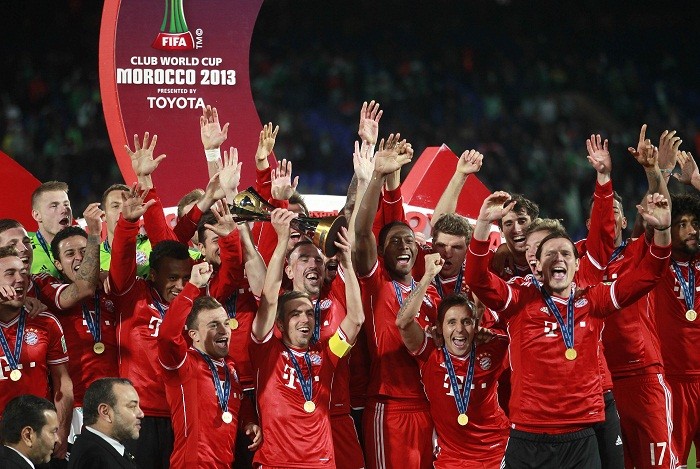 The most glorious of trophies to the fans of the most popular game in the world would undoubtedly be the recently concluded FIFA World Cup, claimed by Germany. For Club football that honor certainly goes to the UEFA Champions League, the cup with the big ears is being held by Real Madrid for the tenth time in history. However, there is a new trophy in town. It’s not a new trophy per se, however FIFA is trying very hard to promote a worldwide club competition to create even more interest in the sport. Enter in the FIFA Club World Cup. Since its inception in 2000, the Club World Cup has already become FIFA’s primary club competition.

The average football fan won’t necessarily have a great deal of information on the competition because it has been relatively obscure under the shadows of competitions like the FIFA World Cup, UEFA Champions League, Barclays Premier League and the Spanish La Liga, et al. So here are a few important facts about FIFA’s biggest club competition: 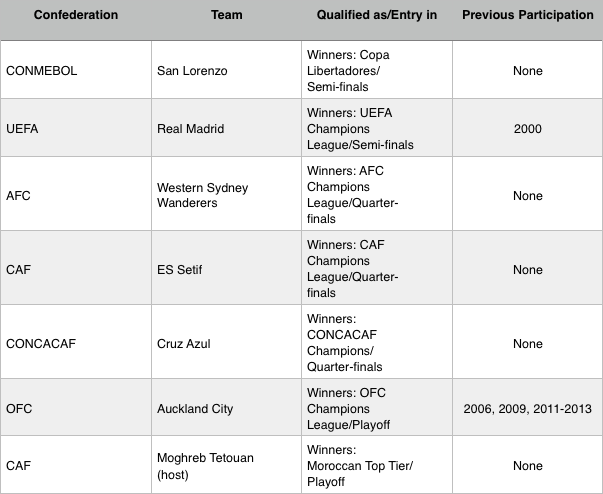 Now that everyone has all the vital information regarding the competition, it is time to delve into the details.

A total of eight matches will be played during the competition and the format has been a little awkward to say the least. While some clubs have to play a playoff round in order to qualify for the quarter-finals, other clubs get direct entry into the semi-final stages of the competition. 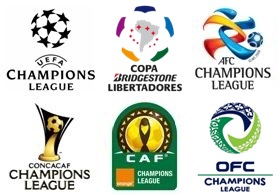 Clubs like Real Madrid are already playing tightly scheduled fixtures and as such the tournament is sometimes perceived as an unwanted distraction. Therefore one can believe that this has factored into the current unorthodox format, which I previously mentioned. At the other side of the spectrum, smaller and lesser known sides like Auckland City certainly welcome the level of exposure that a FIFA managed/promoted event garners.

There are only a couple of teams who can be seriously considered to win this elite FIFA competition as shown in the odds above courtesy of sportsbook「Betsson」. However note that stranger things have happened in the FIFA Club World Cup in the past. If history repeats itself, we can expect an upset or two this time around as well. Nonetheless, the oddsmakers at「Betsson」have put their faith in a clear winner and runner up from their perspective.

As any man and his dog knows, Real Madrid is the strongest team in the competition. Real enters directly at the semi-final stage and are the clear expected winners with the odds of 1.15. Betting on Real would make the most sense, however don’t write off San Lorenzo as they can hold their own against anyone. With their odds sitting at 7.50, even though a bet on them comes with a little risk, risking it on them is a good bet to play. And for a “dark horse” of sorts, also pay attention to Cruz Azul who comes in as the third favorite with odds of 15.00.

For a comparison, let’s also highlight the odds of bookmaker「10Bet

」as shown above. You’ll notice the discrepancy in the odds when comparing, however when it comes to the order of the favorites, they remain unchanged. Based on the odds offered, if the Kiwi side (Auckland City FC) can pull off the unthinkable and win it all, placing the bet for them to win at「10Bet

」will yield the best return.

The odds highlighted clearly separate the favorites from the non-favorites. When it comes to the trophy, it’s hard not to place your money on the reigning European champions; however, in case you are interested in betting on the individual games from the very start, here’s some insight to help you in placing that bet. 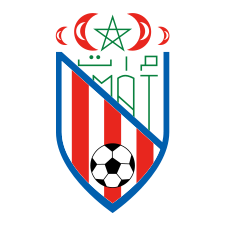 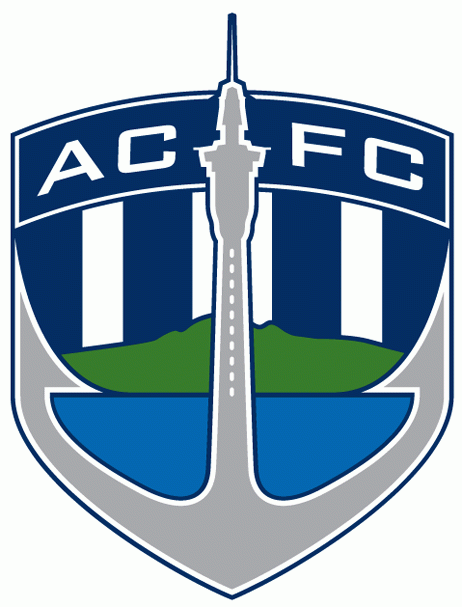 The first game of the tournament will be the quarter-final qualifier between Moroccan club Moghreb Tetouan and the Kiwi side in Auckland City FC on December 10 in the city of Rabat. While the former replaces Raja Casablanca on account of the fact that they were the Moroccan Champions for the 2013-14 season, Auckland City Football Club comes in as a unique case. The club has been in existence for no more than 10 years, yet they have already created history by winning the Oceania Champions League for the fourth consecutive year. It would be hard to bet against either, however one should expect the Kiwis to go through on account of their dominance in the OFC Champions League.

According to the betting experts, this game is going to be a one-sided affair. It’s hard to argue because Moghreb Tetouan is playing this game on home soil and Auckland have all but existed for some 10 years. However, Auckland’s level of success on the pitch means that they cannot be and should not be ignored.

The real excitement, however, will start on December 13 when the winners of the CAF Champions League, ES Setif square off against the winner of the Moghreb Tetouan vs. Auckland City qualifier. The Algerian club may not be the most popular of clubs, but they have the pedigree to give a good fight against whoever they come up against. 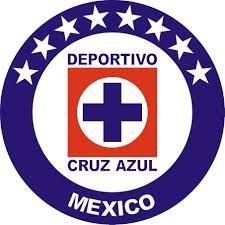 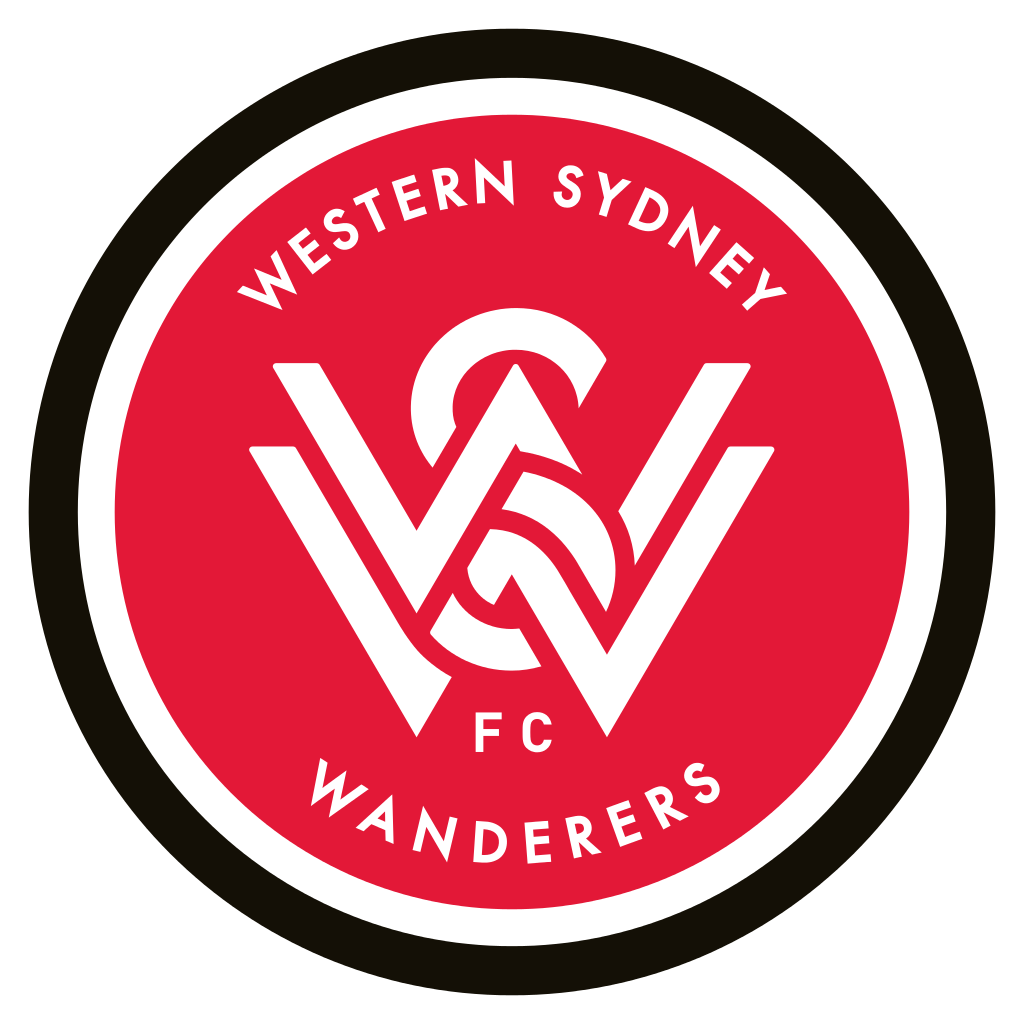 The second match of the day at the same venue is expected to be a walk-over thanks in part to the involvement of CONCACAF Champions Cruz Azul. The Mexican club plays in the second quarter-final against the AFC Champions League winners, the Western Sydney Wanderers. The Wanderers are a club that was formed just two years ago, yet have excelled on the field since their inception to book a spot in this year’s competition. Even though the team is still an infant in terms of the team’s history, they do have the capability of playing spoiler in their quarter-final match-up.

As far the odds are concerned, the linemakers at「Betsson」have set the odds in a similar fashion to the quarter-final playoff for this game. The Mexican men are the heavy favorites to win against the Australians and rightfully so given the fact they are also the third most preferred team to win the FIFA Club World Cup. It seems like going with Cruz Azul is a no-brainer for this match-up. 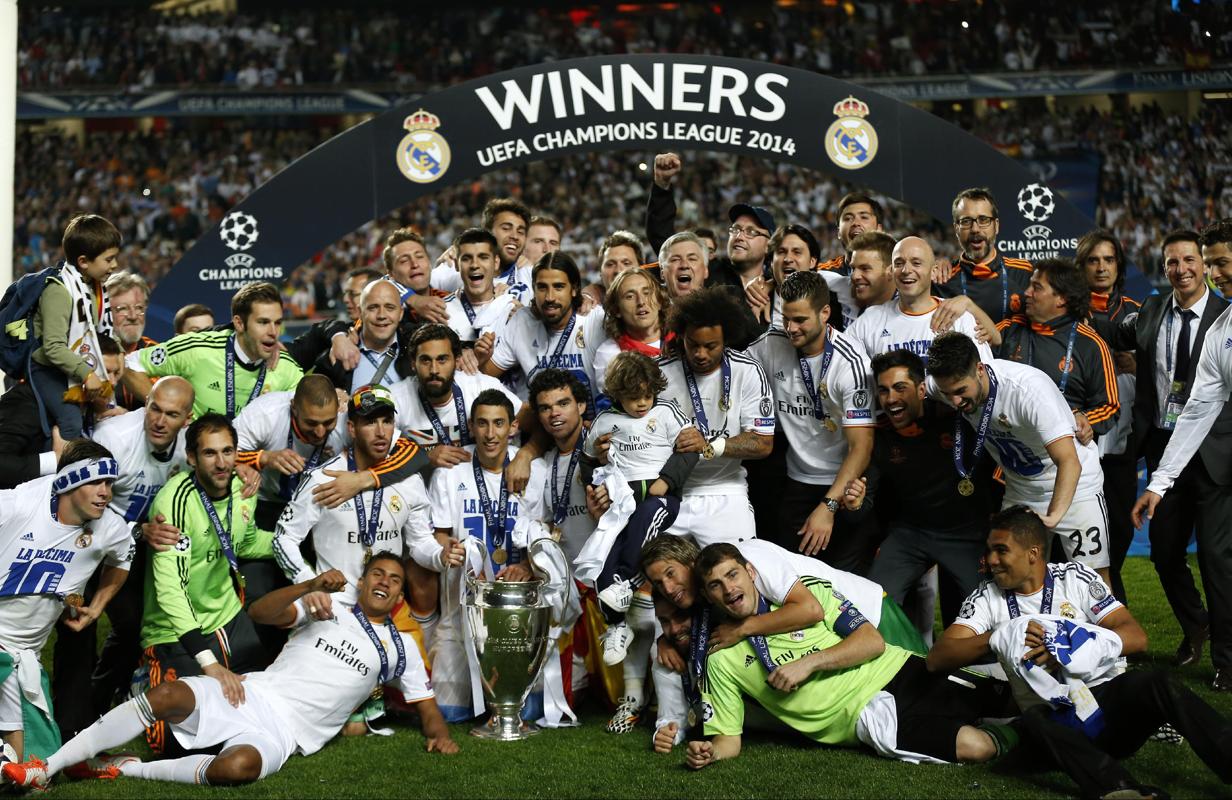 On December 16, European Champions Real Madrid await the winner of Cruz Azul vs. Western Sydney Wanderers. This would perhaps be one of the biggest showpiece matches of the entire tournament because of the International appeal of Los Blancos. Cristiano Ronaldo’s presence should be enough to sell all the tickets for this game.

Realistically, it is difficult to imagine either Cruz Azul or the Western Sydney Wanderers to get the best of a Galacticos side flaunting some of the most expensive and highly-skilled players. However, as Manchester United and Real Madrid have tasted first-hand back in the 2000 edition of the tournament, there are clubs in the lesser echelons of football that can beat anyone on any given day, and that includes even the most expensively assembled team in the world. However with that said, the Decima holders have the firepower to blow anyone away at will, literally. 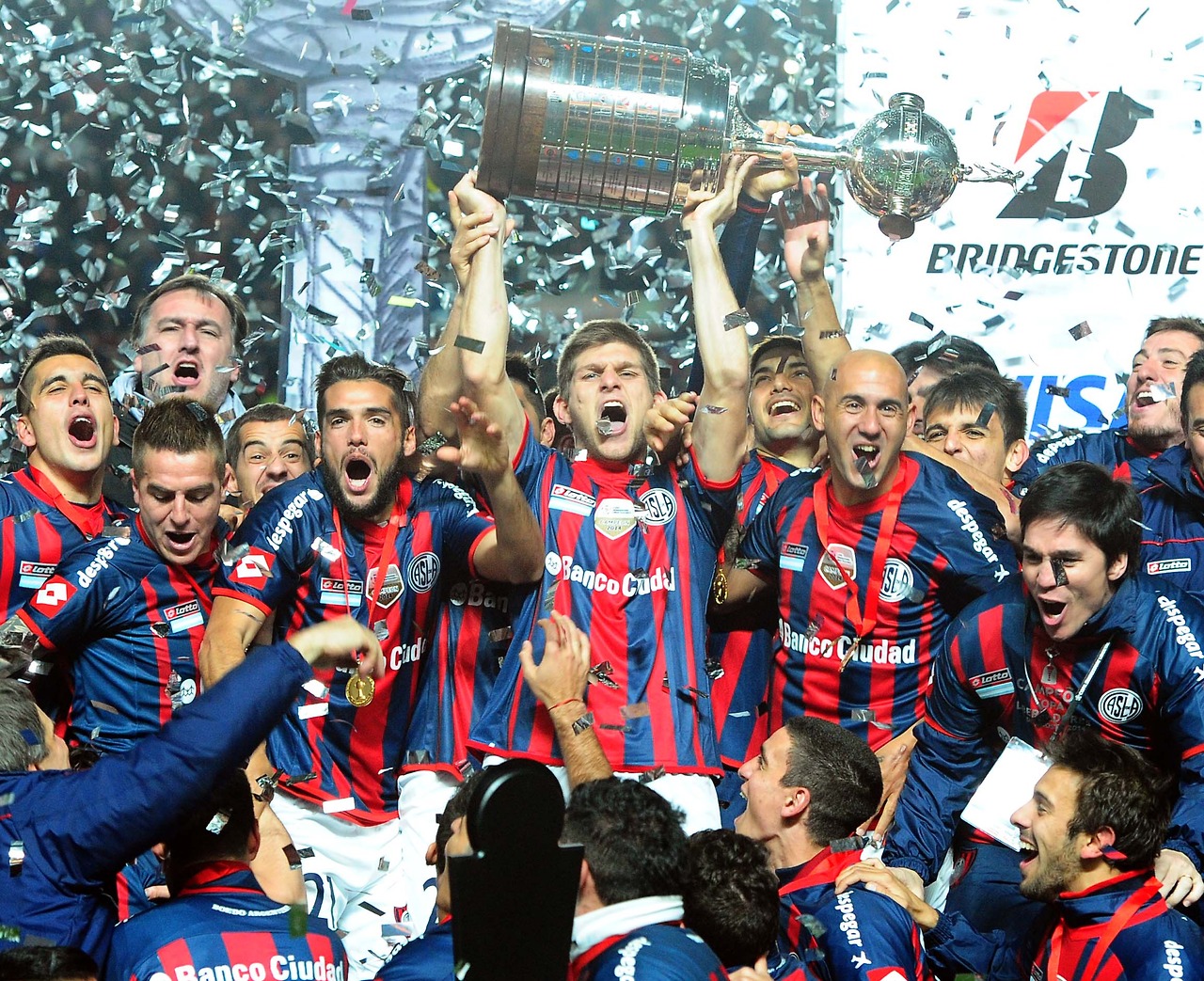 The following day on December 17, Argentine club San Lorenzo faces the winner of the first quarter-final. Even though they are the other club to enter the tournament directly at the semi-finals stage, it would be pre-mature to predict the prestigious Copa Libertadores club to be victorious in their semi-final match-up at this point in time without their opponent being yet known. However, San Lorenzo does have the history to prove that they can win a game against any of their possible opponents. 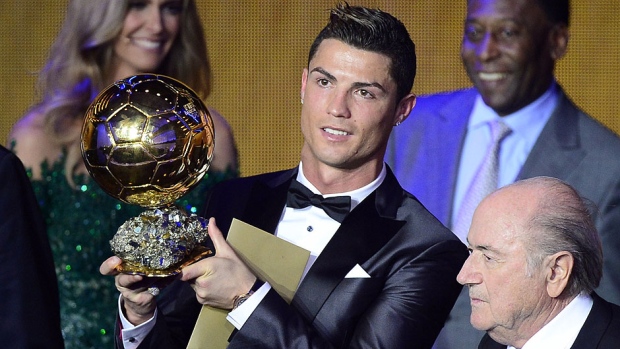 The odds for sure lie on Marrakesh hosting a final between Real Madrid and San Lorenzo on December 20. Without a doubt that would be an intriguing match-up pitting a European superpower against a South American powerhouse.

In order for Real Madrid to claim the trophy, they will certainly need to rely on players like Cristiano Ronaldo, who has been “red hot” of late, along with their core of young Galacticos like James Rodriguez, Isco and the world’s most expensive player in Gareth Bale. 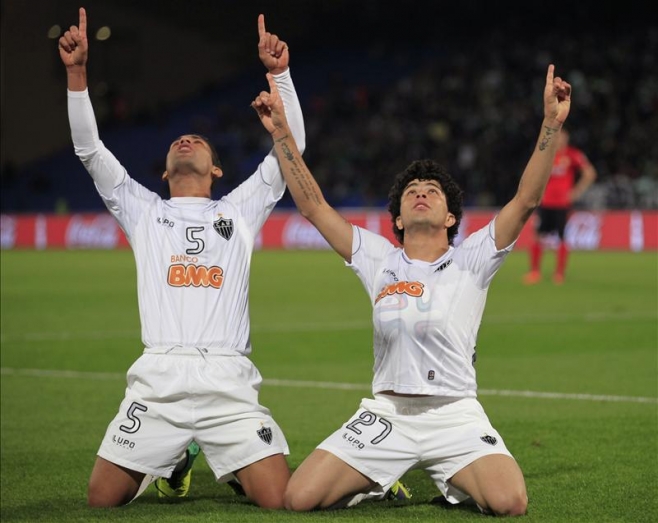 The final game of the tournament will be a game for 3rd place bragging rights between the two losing semi-finalists. Cruz Azul is very much expected to be on the losing-end their semi-final match against Real Madrid, however in case the Western Sydney Wanderers come wandering, they are likely to face the same fate as Cruz Azul against a formidable opponent in Real Madrid. For the moment, it looks more likely that Cruz Azul will be one of the teams participating in the 3rd place game. As for the other team, forecasters are predicting it will most likely be ES Setif given the fact that they are strong, but yet not strong enough to beat the opposition in their semi-final game. Now of the two teams expected to appear in the 3rd place game, Cruz Azul looks to have the advantage regardless of whether the opposing side is ES Setif or another team.

FIFA has made the Club World Cup one of the most creative of competitions by using the event to showcase some of the latest technologies such as goal line technology, which originally debuted in the FIFA Club World Cup, and vanishing spray. All these technologies will make a return to Morocco on the 10th of December.

The tournament may not have as much history and prestige as the Copa Libertadores or the UEFA Champions League, however the recent trend of interest in the FIFA Club World Cup has been more than encouraging as has been documented by broadcasters with the average television viewership increasing higher with every passing edition.

Broadcasting rights have been earning the organizers a great deal of cash that has only helped in enhancing the profile of the tournament. The World Cup brings the fans of football/soccer together once every four years; however with the Club World Cup, it is committed to doing it every year.

Without a doubt FIFA’s Club World Cup has a promising future. And as we all know, there is never such a thing as “too much football”.

The odds are out for the upcoming English Premier League season courtesy of bookie bet365! Who’ll be the top goalscorer in EPL action?